Home Auctions Durer’s unknown drawing will be sold by a London dealer, and Van... 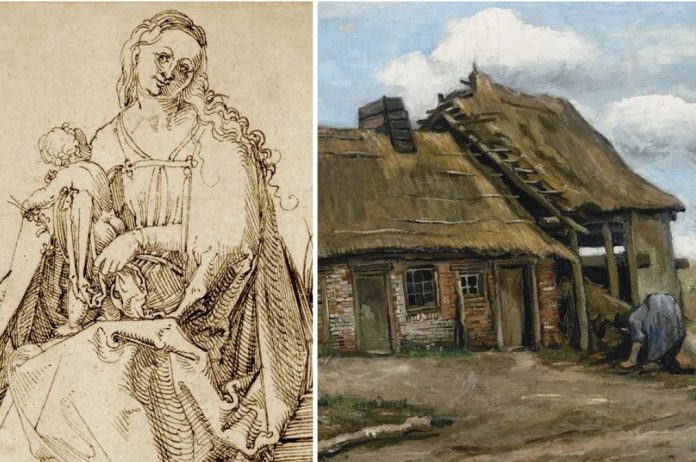 The previously unpublished drawing by Albrecht Dürer was put up for sale by London dealer Agnews. Dürer’s legacy has been preserved and studied since his death in 1528, so unknown works are extremely rare. The drawing is sold by unnamed American collectors, probably descendants of architect Jean-Paul Carlyan from Concord (Massachusetts), who died eight years ago.

“Madonna and Child” is dated around 1503. Agnews argues that this is a carefully studied study for one of Dürer’s best watercolors, “The Virgin with Jesus among animals” (1506), which is now stored in the Albertina Gallery in Vienna. In particular, both works have similarities in the draperies. Christoph Metzger, who curated the recent Dürer exhibition in the Albertina, confirmed the attribution of the drawing presented by a London dealer. The image is accompanied by the artist’s original monogram “AD”.

The ink drawing on thin Italian paper depicts the Virgin sitting on an herbal bench and smiling at the viewer. The pose of the baby Christ is unusual: he stands on his mother’s lap and holds a flower. The baby has his back to us and shows naked buttocks. 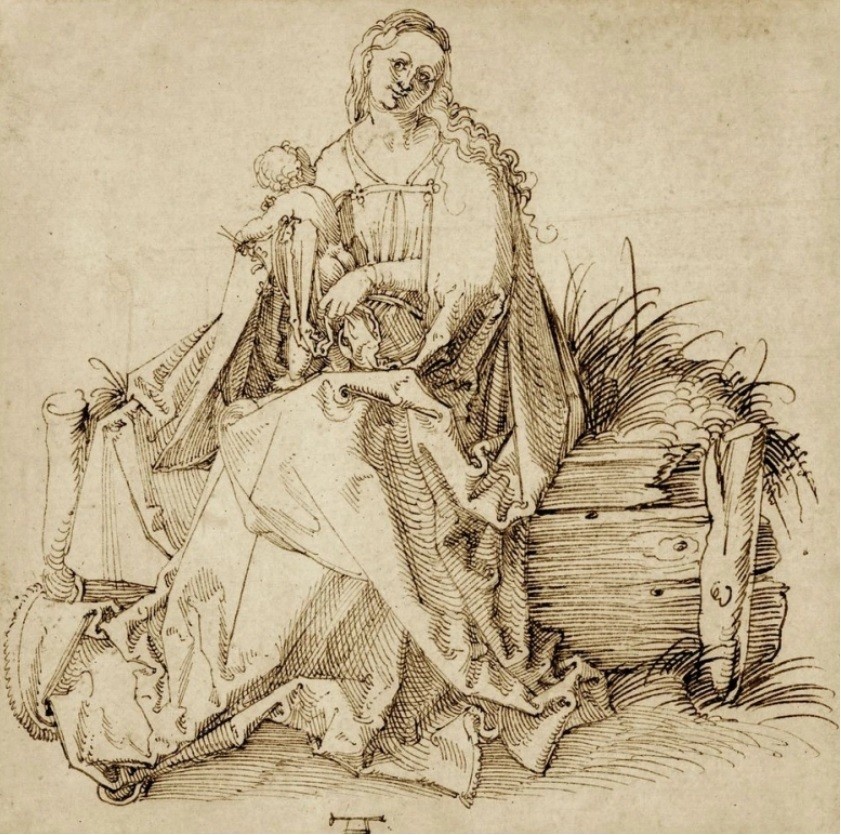 A drawing by Albrecht Dürer, which is sold by the London company Agnews. Source: The Art Newspaper
The early provenance of the painting remains in question. Metzger believes that the painting was originally purchased in 1568, probably by the Nuremberg merchant Willibald Imhof. He collected Dürer’s works and inherited the library of a close friend of the artist Willibald Pirkheimer. This drawing was then given to the Holy Roman Emperor Rudolf II in 1589. In 1809, it was probably one of Dürer’s works that were brought from Vienna to Paris under unclear circumstances. 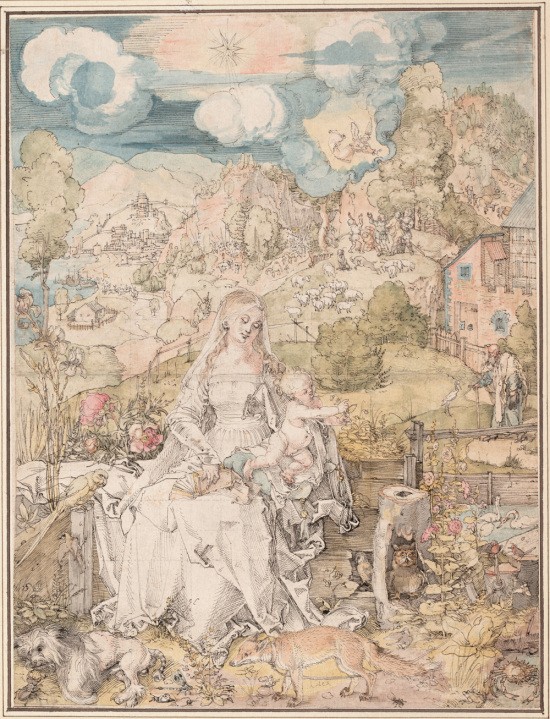 Mary among a multitude of animals c. 1503, the outline for which is believed to be the work put up for sale by Agnews

Agnews did not exhibit the drawing at TEFAF in Maastricht, which opened last Saturday, March 7. The price of it is also not disclosed. Very few of Dürer’s drawings remain in private collections.

In 2016, Sotheby’s offered one with a preliminary estimate of 1 to 1.5 million dollars, but it could not be sold. However, it was the price of less attractive work, but the quality and condition of the copy from Agnews worthy of the museum.

Meanwhile, Vincent van Gogh’s painting “The Peasant in front of the Farmhouse”, painted in 1885, was the most expensive work sold at the Dutch fair. It was purchased from the Dickinson Gallery in London by a private collector for about 12-15 million euros.

The current exorbitant price of the landscape is far from what was paid for it the first time. Since 1929, the painting was hanging at Billington Farm estate near Stafford in the UK. Then farmer John Hill agreed to accept it as part of the payment for the crop. His son Charles sold the painting in 1967 for £4 on sale after his father had retired. The following year, it was discovered in an antique shop in London by BBC Italian employee Luigi Grosso. Suspecting the work might be the original, he bought it for £45. 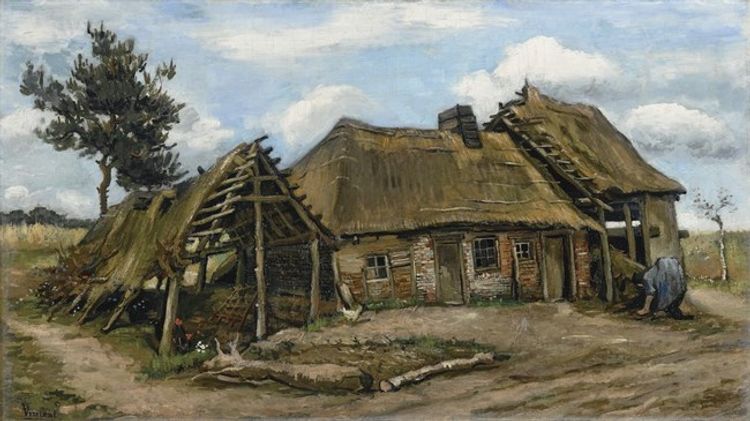 ‘Cottage with Decrepit Barn and Stooping Woman‘ was created in 1885 by Vincent van Gogh, 62×113 cm

In 1970, Grosso put up painting at an auction Sotheby’s in New York, where it was acquired for 110 thousand dollars by Hollywood producer Joseph Levin. 15 years later, it again went to public auction in London and was sold for 264 thousand pounds to a collector in Montreal. The fourth appearance of the landscape on the auction podium dates back to 2001. Then it went for 1.7 million dollars to the American, who now sold the work through the gallery Dickinson.