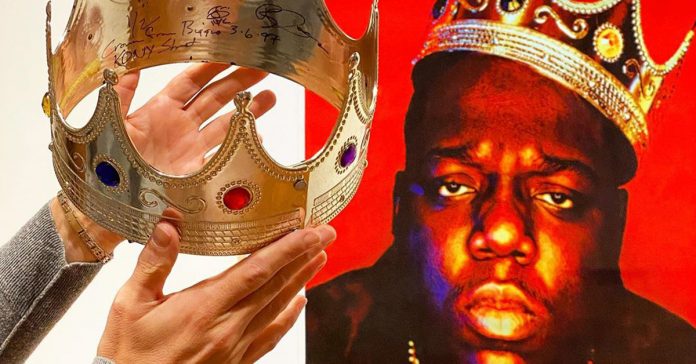 For the first time ever

[16.09.2020] Sotheby’s has sold the plastic crown of rapper Notorious B.I.G for 595 thousand dollars, at an estimated cost of 200-300 thousand dollars. The auction house told about it on Instagram.

According to the previous owner of the lot – photographer Barron Clareborn, its original cost was only six dollars. In addition, the auction also sold school letters, Tupac Shakur, for more than 75 thousand dollars. 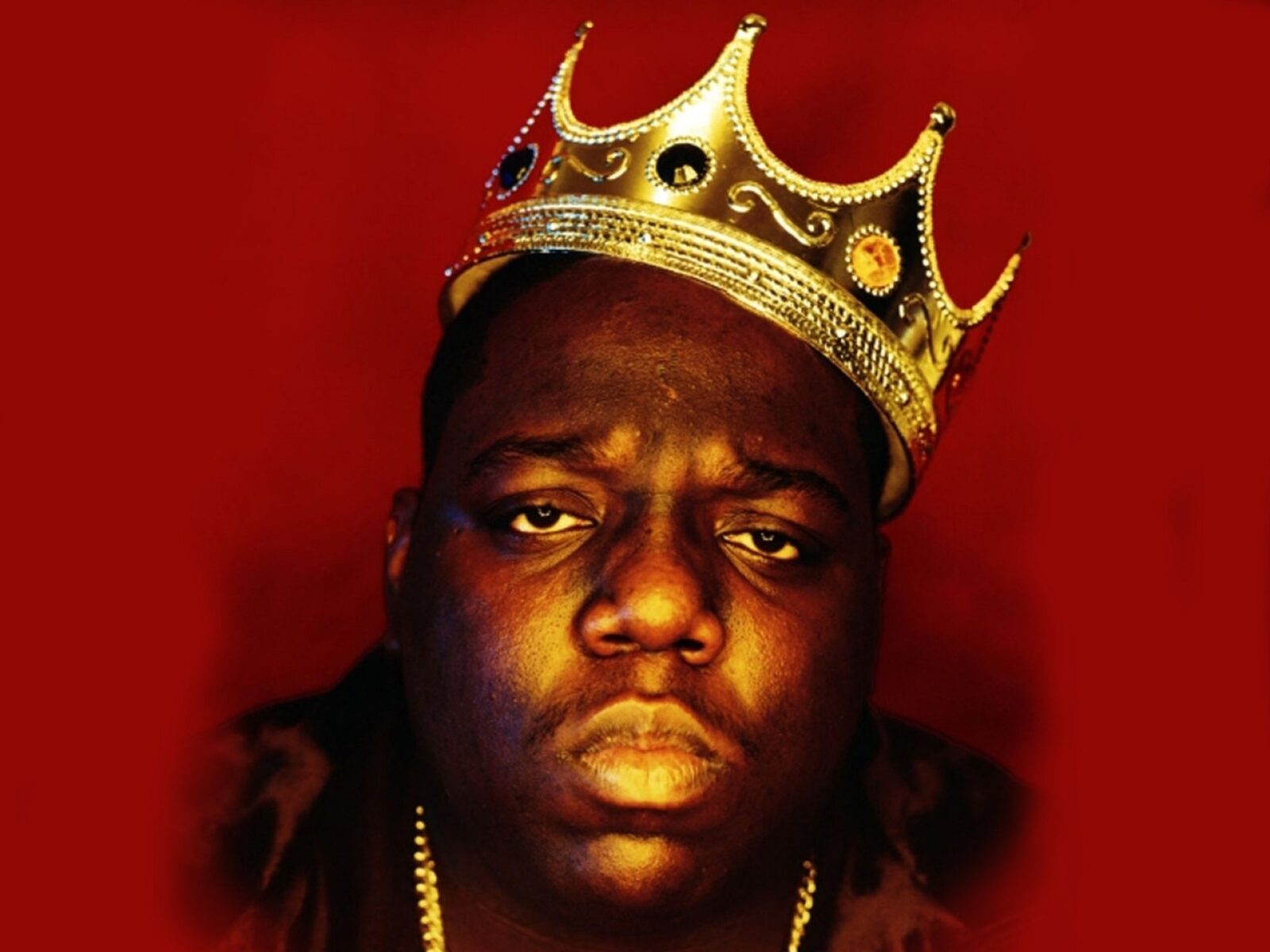 Sotheby’s Auction House is organizing the first-ever auction with iconic items of the “golden era” of hip-hop – from the late 1970s to the mid-1990s. It will be held on September 15 in New York.

A portion of Sotheby’s proceeds will be directed to the Queens Public Library Foundation to support hip-hop programs coordinated by Uncle Ralph McDaniels, as well as Building Beats, a non-profit public organization that provides technical, entrepreneurial, and leadership training to young people through DJs and music programs.

The auction was organized in cooperation with Monica Lynch, former president of Tommy Boy Records (1981-1998), who helped the legendary Afrika Bambaataa & Soulsonic Force, Queen Latifah, De La Soul, and Naughty by Nature to start their careers, as well as many others. 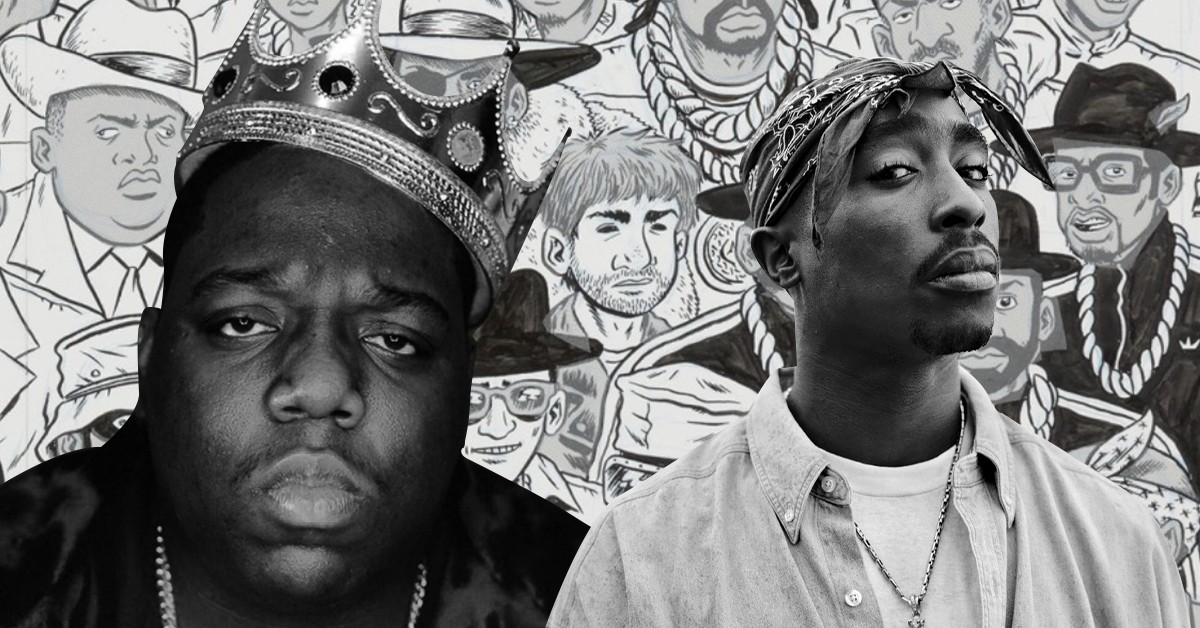 It will feature about 120 lots, including jewelry, photographs, drafts with texts, vintage clothing and shoes, leaflets and posters from concerts, as well as paintings by hip-hop artists. The organizers believe that the auction “reflects the 40-year influence of hip-hop on fashion, design, art and pop culture”.

The main lot of the auction is considered a plastic crown of rapper Notorious B.I.G., also known under the pseudonym of Biggie Smalls, with his autograph. It was put up for sale for the first time, and its value is estimated from 200 to 300 thousand dollars. At the same time, the auction house experts plan to sell it more expensive, due to the recognition of the lot. 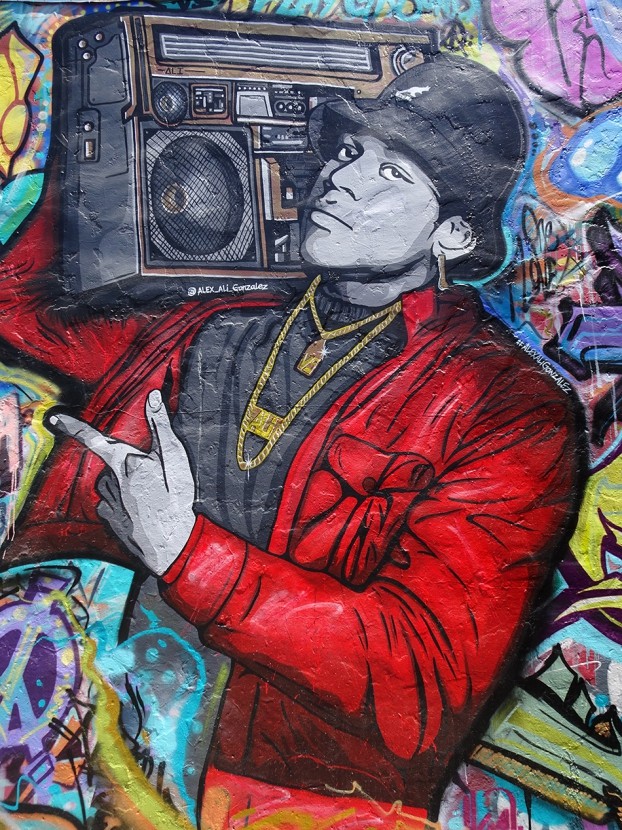 In the same crown are made one of the most popular rapper’s photographs – a series of “King of New York”. They were photographed shortly before his death in 1997. “Anyone who lived in the 90s knows the crown of Biggie. It was on T-shirts, magazine covers, and became iconic,” said Cassandra Hutton, the auction organizer.

All hail the King of New York! Tonight during our inaugural Hip Hop auction, one of the most iconic symbols of Hip Hop’s heyday: the crown 👑 worn and signed by Notorious B.I.G. from @barronclaiborne’s iconic 1997 ‘King of New York’ photoshoot for Rap Pages Magazine sold for $600,000. The photograph is one of the most recognizable images in Hip Hop culture and it has endured as the defining portrait of the artist more than 20 years since it was taken. Achieving an overall total of $2 million, the auction was a celebration of the history and cultural impact Hip Hop has had on art and culture from the late 1970s through the “Golden Age” of the mid-1980s to mid-1990s, and up to the present. A majority of items included in the sale were consigned directly from Hip Hop’s most pivotal and well-known artists and figures, several of who will be sharing their proceeds with a variety of charities. A portion of Sotheby’s own proceeds from the sale will benefit the Hip Hop programs at the @qplnyc, as well as @buildingbeats, a non-profit community organization that teaches tech, entrepreneurial and leadership skills to underserved youth through DJ and music programs. #hiphop #hiphopmusic #notoriousbig #biggiesmalls #barronclaiborne #HipHopxSothebys #QPLHipHop

The crown was put up for sale by the author of the “King of New York” series, photographer Barron Clareborn, who also left his signature on it.

“Given the tragic events (Biggie’s murder – DTF Magazine) just a few days after the photoshoot, a picture of the crowned Notorious B.I.G. was more than just a portrait. The photo turned him into a figure like an aristocrat or a saint and immortalized him not only as the king of New York City but also as the king of hip-hop,” Clareborn commented on the photo.

Another highlight of the auction was a series of love letters from 16-year-old Tupac Shakur. He wrote them for his school sweetheart Kathy Loy between March 1987 and April 1988. In total, the handwritten text takes 42 pages, and the lot is valued from 60 to 80 thousand dollars. 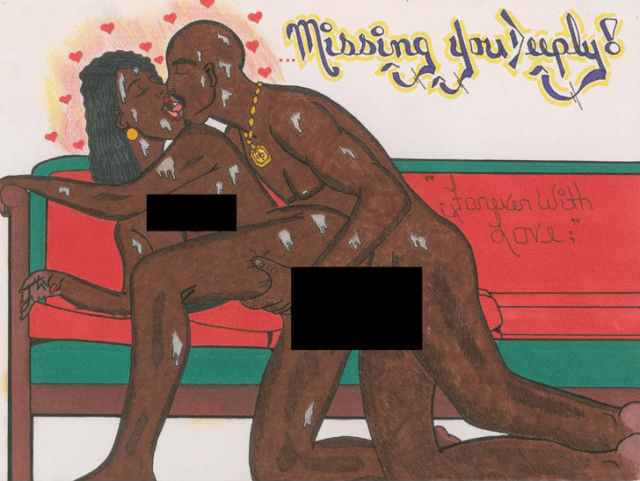 In addition to his love confessions, in one of his letters, Tupac mentioned his desire to quit rap: “My old manager came to me and said he didn’t want me to quit rap. But I think that’s what I will do. I get too many refusals and I don’t have time for it.

Sotheby’s will invest part of the money from the auction in educational music programs for young people.