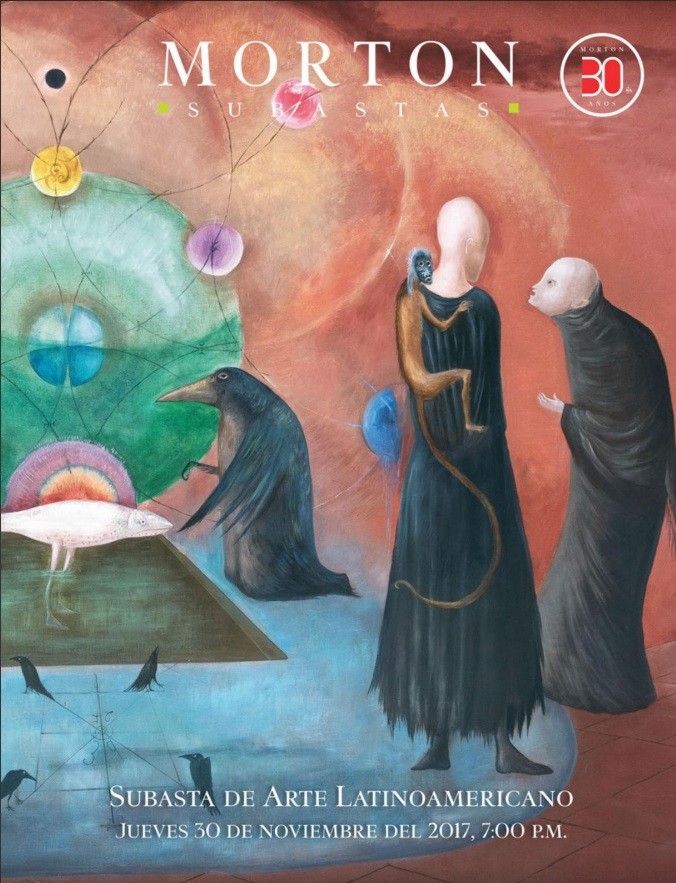 Morton Subastas announces its upcoming Latin American Art Auction. For this highly anticipated sale, the auction house will showcase an exceptional selection of 260 lots by some of the most important Latin American Masters.

Leading the auction is an outstanding oil on canvas by Leonora Carrington (estimate US$670,000-$830,000). Filled with otherworldly creatures, this piece is a fine example of the magnetic power of Carrington’s metaphysical universe. The sale also includes a few other works by renowned women artists who defied social and artistic conventions and played a vital role shaping the landscape of Mexican and international modern art.

For example, an early still life by Frida Kahlo made by the artist right after the tragic accident that would deteriorate her health for years to come (estimate US$180,000-$220,000). In spite of being an early painting, it already foreshadows Frida’s extremely personal, tortured and passionate approach to her work, as well as some elements -such as the dove- that would become an iconographic obsession.

“Idilio”, by María Izquierdo, was shown in the landmark 1979 exhibition Homenaje a María Izquierdo at Museo del Palacio de Bellas Artes in Mexico City (estimate US$105,000-160,000). This painting is an example of the artist’s most mature and influential work.

The sketch “Fenómeno” is the preparatory drawing for the iconic oil by Remedios Varo (estimate US$70,000-95,000). This captivating scene depicts the shadow of a man walking down the stairs as it projects a corporeal image on the ground, thus reversing the natural order of the world and playing with the spectator’s assumptions of what is real.

This auction is also a unique opportunity to give back in times of political and humanitarian unrest. A group of prominent artists -Wilmer Herrison, Carlos Cruz-Diez, Carlos Medina, Milton Becerra and Carlos Poveda- represented by the non-profit organization Venezuela te necesita, are donating the proceeds of their sales to assist those most affected by the Venezuelan crisis.

The exhibition prior to the auction is open to the public from November 25 to November 30 in the saleroom located at Club Naval Norte in Mexico City.