Home Auctions Sale of the Don Dwyer Collection of Bitters and Soda Bottles at... 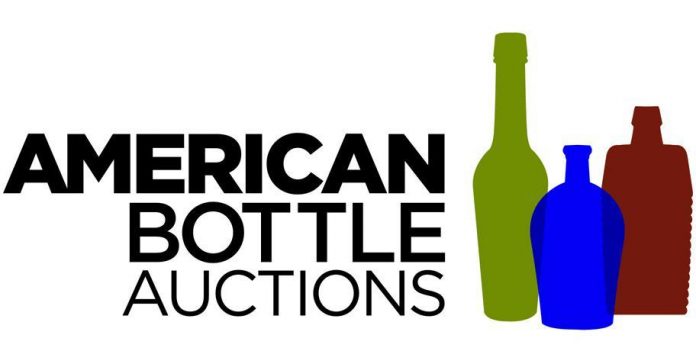 American Bottle Auctions will showcase the first part of Don Dwyer’s collection of tincture bottles and soda at the # 70 Online Auction starting February 26 and ending March 7.Part 2 will be announced in the coming weeks. Part 1 will contain about 250 bottles, almost all from Dwyer’s collection, but will include a number of accompanying accessories. Bidders can register and bid on the American Bottle Auctions website: www.americanbottle.com.

Jeff Wichmann of American Bottle Auctions said Don Dwyer spent decades assembling a collection of bitters, almost all of which were made and sold in the West. In addition, his interest in Western soda and mineral water bottles greatly increased his vast supply. Since he enjoyed collecting color series and made sure he had the most options, we will present this collection by dividing it up so that Auction 1 and 2 will have both bitters and sodas.

Here are just a few of the best bottles from the first part of the Don Dwyer collection: 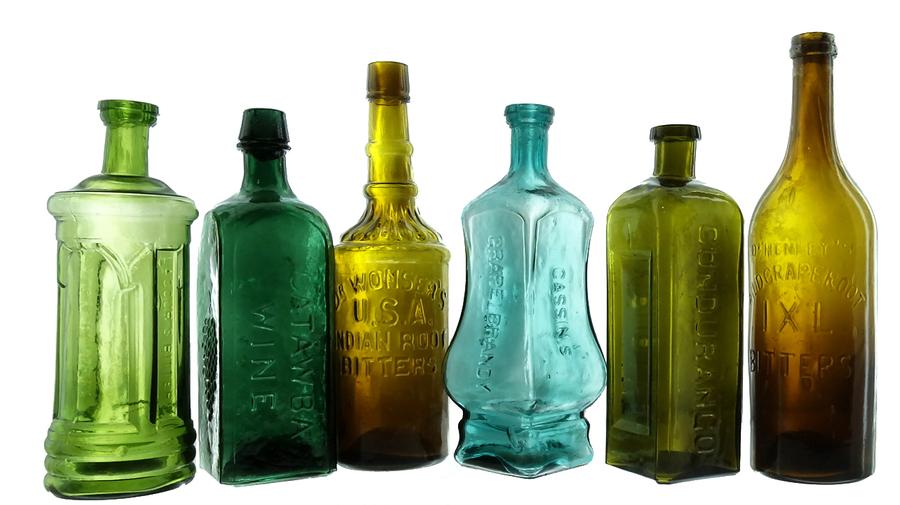 In 1999, Mr. Witschmann published a 132-page hardcover book entitled The Best of the West – Antique Western Bitter Bottles, which was sold by major literary distributors and bookstores, as well as public and private libraries. The book is considered one of the best sources for researching the history and value of vintage Western bitter bottles. His numerous articles and photographs are regularly found in vintage bottle books and articles around the world. Despite his best efforts, in 2015, Mr. Wichmann was included in the Federation of Historical Bottle Collectors, the only national club in America.

Jeff pioneered the passion for collecting antique bottles. It was the first bottle auction house to provide full-color glossy catalogs that were sent to collectors for free. This was a great benefit to collectors because the true color of an antique bottle is a key factor in assessing its value.

Prior to this, auctioneers relied on black and white photographs and tried to describe the colors of the bottles in the texts of their catalogs. He then launched the first online auction of antique bottles. It changed the face of bottle auctions forever.

Don Dwyer started collecting antique bottles in the 1960s while checking out some old Chinese camps near his home in Oroville, California. As the owner and founder of a lumber business, Don found some old bottles and other items and got hooked on them. Working in the forest gave him the opportunity to visit old logging sites without taking his eyes off the bottles and other artifacts.

He was collecting various types of bottles at the time, but he says when Jeff Wichman’s 1999 book on bitter drinks, Antique Western Bitters Bottles, was published, he decided to focus his collection exclusively on bitter drinks. His goal was to try to collect all the samples from the book, and he came very close.

The bottles Don collected often came in a variety of flavors, with an overhead cap or embossed from the same bottle, colored lines, and had squares at the top of his list. His works are exhibited at the auction – Bitters of Renz and Rosenbaum. Don knew what a collector had to do to collect every specimen, from the very rare and valuable to the bitterness clusters for lashes of all shapes and sizes.

His desire to collect sodas and mineral water was daring. While most Western collectors are looking for samples made in San Francisco, Don had a varying number of pontiff bottles that were made in the East and sent to the West for a Western company. Once again, the color series was an exciting part of his soda collection as he has samples of the same bottle in different colors.

Don will continue to maintain his extensive collection of Marysville bottles. His home is located in a forest, and given the fires that have occurred in recent years, he will not miss the annual evacuation to save his bottle collection.

He is looking forward to relaxing and hunting and fishing and perhaps finding some gold (he is very interested in mining placer gold).

Mr. Wichmann said they were very happy to hear from Don when he first called their office and said that he had made his decision. When the American Bottle Auctions begin, bidders can view all lots in the full-color catalog (available free of charge upon request) or on www.americanbottle.com starting February 26th.

People can place their bets by computer, phone, mail, or fax. Previews are by appointment only at the American Bottle Auctions showroom. Standard auction rules are applied.

American Bottle Auctions doesn’t do callbacks, but rather has a 10-minute rule that applies to bids at the end of the auction. Basically, each bidder has one last opportunity to place the last winning bid. A color printable online catalog will be available soon, and all lots will be photographed and presented as images and streaming video.