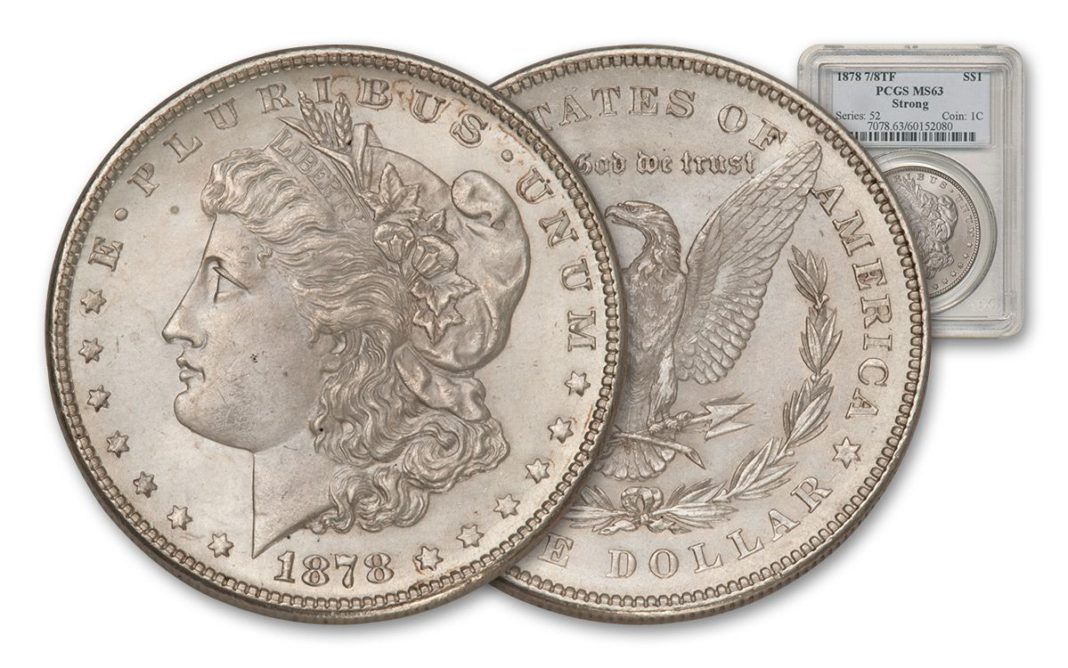 Sotheby’s announced the sale of the Ralph and Lois Stone Collection of United States Silver Morgan Dollars as part of the Historic Coins and Medals Sale. The coins form an essential part of the story of late-19th century America and have long been recognized as important historical artefacts from the period. Complete by date and mintmark, the Stone Collection is one of the finest ever formed, with exceptionally high grades of preservation of the rarest dates in the series. Quietly assembled by Ralph Stone, a discerning northern California banker and collector, the collection has remained unseen and all but unknown to the collecting fraternity since Stone’s death more than twenty years ago. Overall the collection is expected to fetch in excess of $3 million.

Richard Austin, Head of Sotheby’s Books & Manuscripts Department commented: “Sotheby’s has traditionally had great success with extraordinary coin sales and we are excited to offer the Stone Collection on behalf of these long-standing clients. The sale has everything the market desires: rarity, condition, provenance and rediscovery.”

Serving as something of a time capsule, the collection was formed during the first decade of third-party grading. This imaginative concept, where third-party specialist firms authenticated the coins, graded their condition (on a scale of 1 to 70), and encapsulated the coins in tamper-proof holders, transformed coin collecting in the U.S. It is now not only the norm, but an essential part of the collecting experience.

All the silver dollars in the collection were certified and encapsulated by the two major grading services at the time they entered the collection — the Professional Coin Grading Service (PCGS) and the Numismatic Guaranty Corporation (NGC). Furthermore, the majority of the silver dollars have also been reviewed and approved by the Certified Acceptance Corporation (CAC), which examines coins previously encapsulated, and adds its imprimatur to those coins which are exemplars of the grade indicated on the holder. All Morgan dollars will be sold in their original, vintage holders.

The Stone Collection also includes a complete set of Three Cent Silver pieces, all certified to be of at least MS-65 (gem) quality and submitted to CAC; an essentially complete set of U.S. Silver Commemorative coins (1892-1954), again all in MS-65 condition; a small selection of U.S. gold coins, and an original set of the 1915 Panama-Pacific Commemorative coins, which includes two examples of the fifty dollar denomination, the largest ever produced by the U.S. Mint. The sale will also include a selection of Indian peace medals from a distinguished private collection featuring an exceptionally rare Andrew Johnson peace medal inscribed by presidential order.

Sotheby’s Coins and Medals: Sotheby’s is the oldest auctioneer of coins in the world, having held their first auction in 1755 with the sale of the Dr. Richard Mead Collection. A few landmark Sotheby’s coin and medal sales this century include, in 2002, Sotheby’s (in conjunction with Stack’s), the famed 1933 double eagle for a world record $7,590,020; in 2007 the Washington-Lafayette Order of the Cincinnati for $5.3 million (the world record for a medal); and between 2015-2017 (in conjunction with Stack’s-Bowers) the D. Brent Pogue Collection, which brought in excess of $100 million— a world record for any collection of coins ever sold at auction.