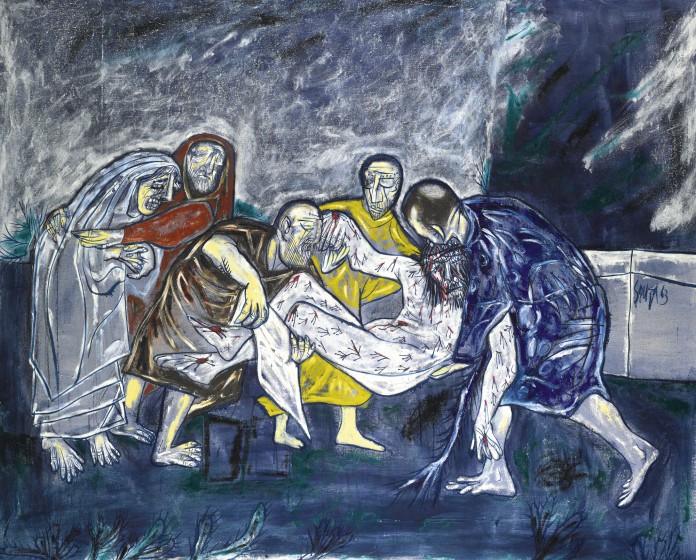 In London, Christie’s suffered through a $3.8m sale that was mostly held back at the top end of the market. Sotheby’s, by contrast, held its own with a $4.9m sale that included a V.S. Gaitonde work that nearly doubled in price since it was last sold in 2013 even though it sold below the low estimate.

That wasn’t the only winner at Sotheby’s. Here’s Elliott:

The top lot was a memorable depiction of Christ’s burial by Francis Newton Souza titled The Deposition, below, that sold for a hammer price of £1.30 million to £1.57 million ($1.92 million) including buyer’s premium. The hammer price was just over two to three times a surprisingly low estimate of £400,000 to £600,000 for the 54-by-67-inch in oil on canvas

The colorful painting of Christ’s body being moved by his followers was last sold in 1998 for £12,000 by London’s Grosvenor Gallery. In a demonstration of the surge in top prices since then, its value has risen 80 times in the intervening 18 years (after adjusting for inflation).