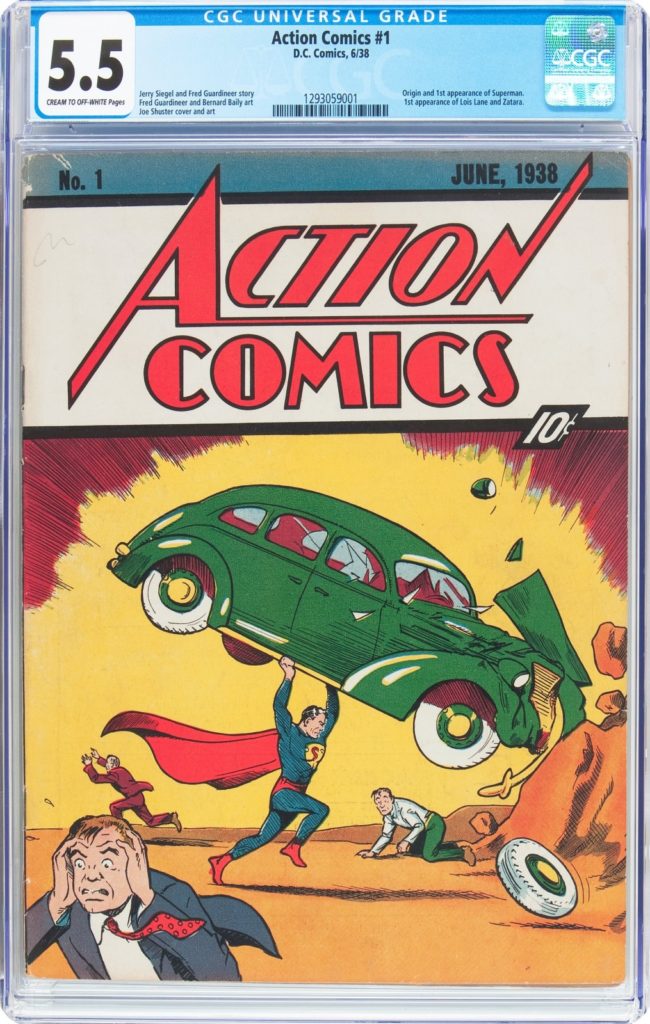 The 1938 comic is crediting with starting our superhero obsession.

How much would you pay for a comic book? Try nearly a million dollars, if it’s an original copy of Action Comics No. 1, which features the first-ever appearance of Superman. The BBC reports that the rare comic sold on August 4 for $956,000 at Dallas’s Heritage Auctions.

The price tag is all the more remarkable when you consider that the comic was sold for just 10 cents upon its original publication in 1938. The Man of Steel quickly became a hit, receiving his own comic the following year, but his original appearance is considered the “Holy Grail” of comic books.

There are thought to be only about 100 extant copies of Action Comics No. 1, which Heritage boasts as “the most important comic book ever published.” In 2014, an unrestored copy rated 9 out of 10 by the Certified Guaranty Company, which rates collectibles, sold for just over $3.2 million on eBay.

The copy sold at Heritage was graded just 5.5, which accounts for its lower, if still impressive, price point. It comes from the collection of an anonymous East Coast collector, who purchased it for $26,000 in the 1990s.

“This Action No. 1 is one of the best looking among the remarkably rare pool of unrestored copies in the world,” said Matt Nelson, primary grader of CGC, in a statement, noting that the mid-grade rating doesn’t reflect its fine overall appearance.

Prior to the 2014 sale, the record for Action Comics No. 1 was $2.16 million, for a copy sold by actor Nicholas Cage in 2011. His historic Golden Age comic was actually stolen in 2000, and only recovered a few months before the November 2011 auction.