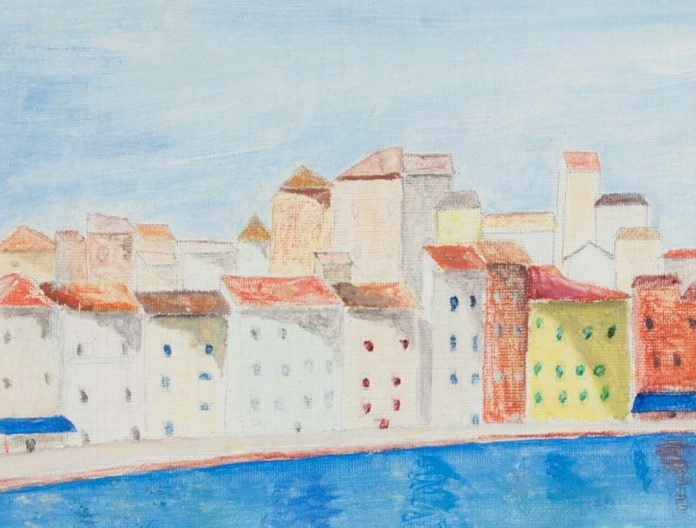 Auction House Heritage Auctions in Dallas sold a rare painting, authored by John Fitzgerald Kennedy, 35th US President. The buyer laid out 162.5 thousand dollars for a landscape size of 55 × 40 cm on sale were exhibited memorabilia of the period of the presidency, starting with badges and ending with porcelain from the White House.
The total amount that the auctioneers helped out amounted to 1 million 163 thousand dollars.

The painting, painted in oil and pencil on canvas, was sold in the original frame with a nameplate “John F. Kennedy”. In the lower right corner of the canvas is the author’s signature and date, which looks like “1955”. This is an image of the kind of city, probably in the south of France, from the water.
Unlike other presidents, especially Dwight Eisenhower and George W. Bush, Kennedy was not particularly fond of painting and did not possess the artistic talent. Perhaps it was for this reason that he rarely painted or painted with oil. The sold landscape is one of two famous paintings of the 35th president. The second is in the library of his name.

In 2013, three watercolors with the image of the Sheepshead Bay signed by JFK 1960 were put up for auction. Despite the anonymous provenance, they were sold for 36.8 thousand dollars. 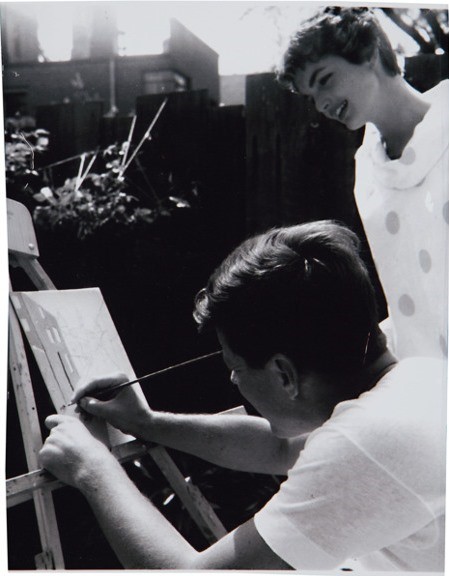 As for the origin of the painting, sold at Heritage Auctions, then it is impeccable. It was sent to the auction by Victoria Gifford Kennedy, the widow of the president’s nephew Michael. The canvas was accompanied by a note written by the owner of her mother-in-law Ethel: “I’m glad that after 25 years you still enjoy the picture of President Kennedy, which I gave you and Michael for the wedding. I think it’s a landscape in the south of France, which he gave Bobby (brother of John Kennedy and husband Ethel – ed.) And me for Christmas […]. For many years he hung in our room in Hickory Hill. ”

Together with the picture, a rare black and white photo was sold, which was made around the mid-1950s. It depicts John Kennedy behind the easel and his wife Jackie, peering over his shoulder (illustration above).

The original work of American presidents is very in demand among collectors. “This charming painting should take a high place among the many important Kennedy artifacts that Heritage offered,” says the website of the auction house.

John Kennedy, Eisenhower and Bush Jr. are not the only American presidents who have taken a brush in their hands. Ulysses Grant and Jimmy Carter were also interested in 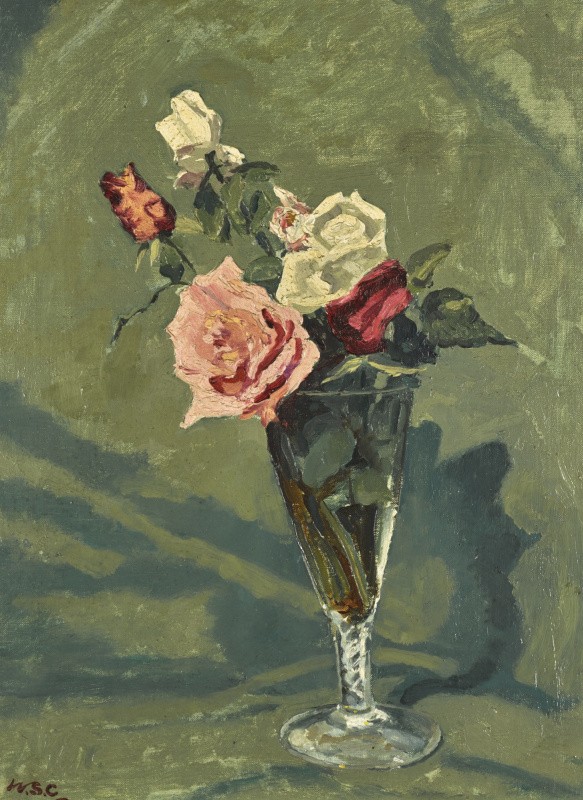 painting, and the ten world-famous politicians who painted the paintings included dictators Adolf Hitler and Francisco Franco, Queen Victoria, her current descendant, Prince Charles and British Prime Minister Winston Churchill.
In 2017, with a hammer sold two paintings of the latter. The still-life “Roses in a Glass Vase” (1930s), donated by Vivien Leigh and previously estimated at £ 100,000, went for 638.7 thousand (862.8 thousand US dollars). A “Pond with goldfish in Chartwell” (1962), which the former head of government presented to his bodyguard, was bought for 357 thousand pounds sterling (473.2 thousand dollars) with estimeyte at 50 – 80 thousand pounds. 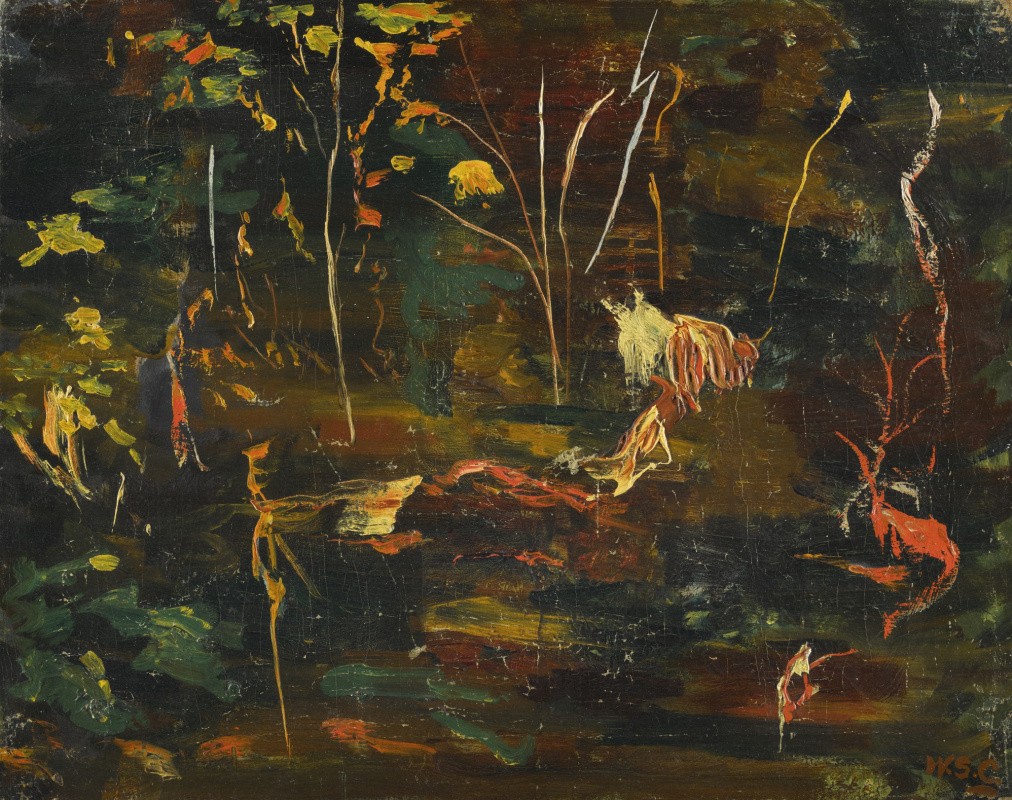 This landscape is considered the last artistic work of Churchill.