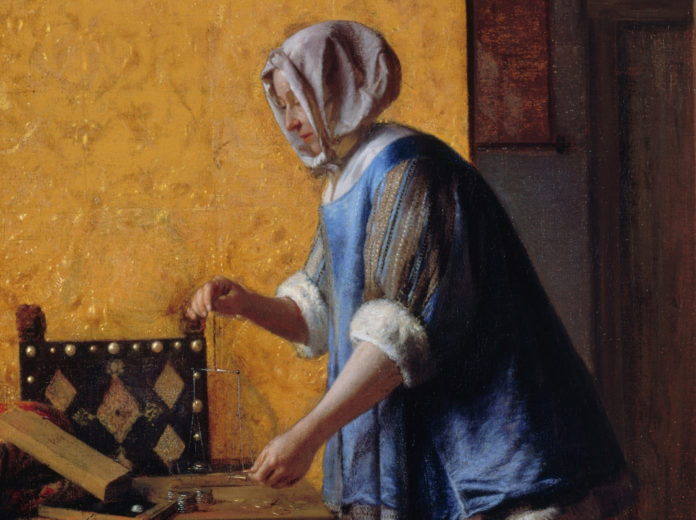 When the Dutch artist Peter de Hoch (1629 – 1684) completed his painting “A Woman Weighing Gold”, he signed it on canvas in an unusual place. Almost 400 years later, a keen conservative noticed that the artist’s name was intricately inscribed in the open window frame. This is one of three intriguing discoveries made by experts who took part in a major study under the auspices of the Prinsenhof Museum in Delft (Netherlands). On the other canvas, a master’s fingerprint was found.

The exhibition “Peter de Hoch. From the Shadow of Vermeer” is the first ever retrospective of the artist in his native Netherlands. The exhibition included 30 works belonging to the most fruitful period of the de masters – 1650, when in his life the city of Delft played a central role. New discoveries were made during the studies leading up to the exhibition. The signature on “Woman Weighing Gold” (Berlin State Museums) was noticed by conservator Johannecke Werhave and co-curator Katja Kleinert when the painting was being prepared for the exhibition. Werhave discovered fragments of the signature “P.D. HOOCH” on the window frame.

Anita Jansen, senior curator at the Prinsenhof Museum in Delphi and co-executor of the exhibition, says: “Technical studies carried out in the last two years have shown that de HOOCH often left his signature on his paintings on window frames. The next time you come across a letter in this exact spot, it should be a signal”.

Peter de Hoch’s painting “The Woman Weighing Gold” is strikingly identical to Jan Vermeer’s “The Woman Holding the Scale,” although it does not carry the same explicit religious references. Both artists undoubtedly knew each other. The parallels between their works from the late 1650s are obvious, and at the same time there were changes in style. For a long time, the more refined Vermeer was supposed to have influenced de Hoch, whose strokes were often called “unflattering” and whose human figures were compared to wooden dolls. But dated works show that it was de Hoch who took the lead and led a colleague.

The second discovery in de Hoch’s paintings, as in the case of the signature, was also made by the conservator before the exhibition. Christa Blessley from the Royal Collection in the UK, in preparation for the “Players in the Solar Room” scene in the Netherlands, found a fingerprint clearly belonging to the master.

The painting, which belongs to Queen Elizabeth II, depicts cartelists in the middle of the game in a sunny room. The thumbprint is found on tile floor tiles. Most likely, according to Anita Jansen, it was left by the artist himself when he removed the recently finished easel canvas. Hardly anyone else could have touched the work that had not yet dried up.

A third discovery, the masts of ships under the surface of the Dutch Yard, was made after infrared scanning at the National Gallery of Art in Washington, DC. These masts are in the upper left corner of the canvas, as if ships were “floating” in the sky. The artist painted a snap-in of imaginary ships – too big to enter the city at the time the painting was being painted. Most likely, de Hoch either reworked the original composition, or – more likely – wrote a new work on an already used canvas.

The museum exhibition of paintings by Peter de Hoha in Prinsenhof was very successful: since its launch in October 2019, the exhibition has been seen by 30 thousand people. It will certainly surpass the “Vermeer Returns Home” exhibition, which was held in 2016. This is quite in the spirit of competition between artists, because de Hoch was once more popular than Vermeer, and the signature of the first put on the paintings of the second to raise their value.

The exhibition “Peter de Hoch. From the Shadow of Vermeer” at the Prinsenhof Museum will continue until February 16, 2020. 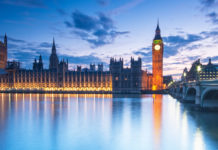 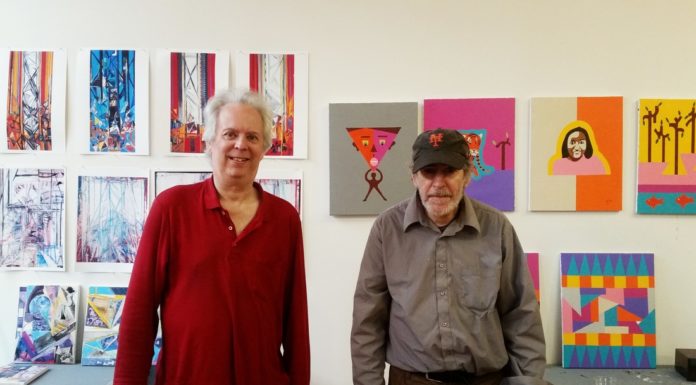 Summer in the Artful Hamptons 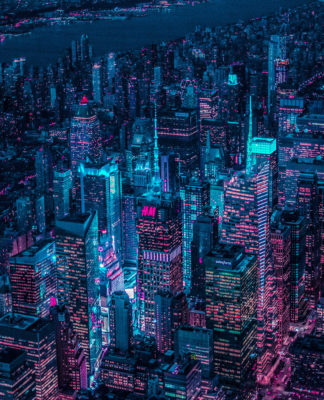 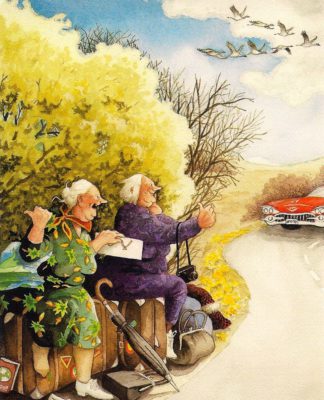 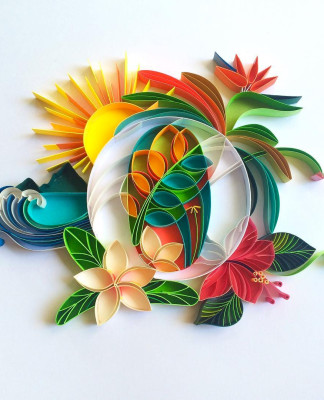 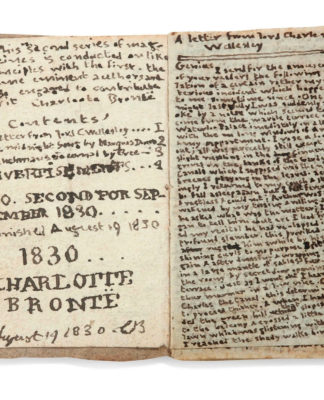