Home Events Fine art A Series of Ordinary Humans and Creatures Trapped Within Their Pop Culture... 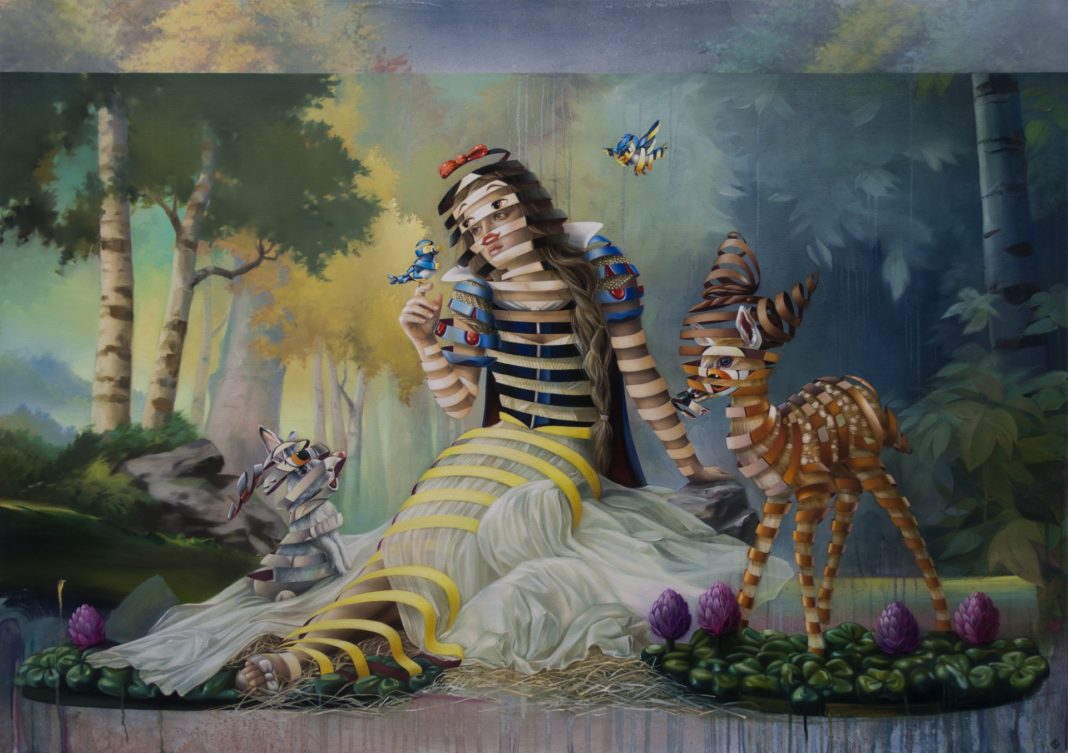 Netherlands-based artist Super A has a new series of painting and sculpture that explores the truth behind fantasy, slicing through pop culture figures to examine the reality that lays at their core. Trapped features characters such as Tweety, Mickey Mouse, Snow White and even Ronald McDonald as their recognizable features unfurl like ribbons, revealing realistically formed birds, mice, and people caught inside. 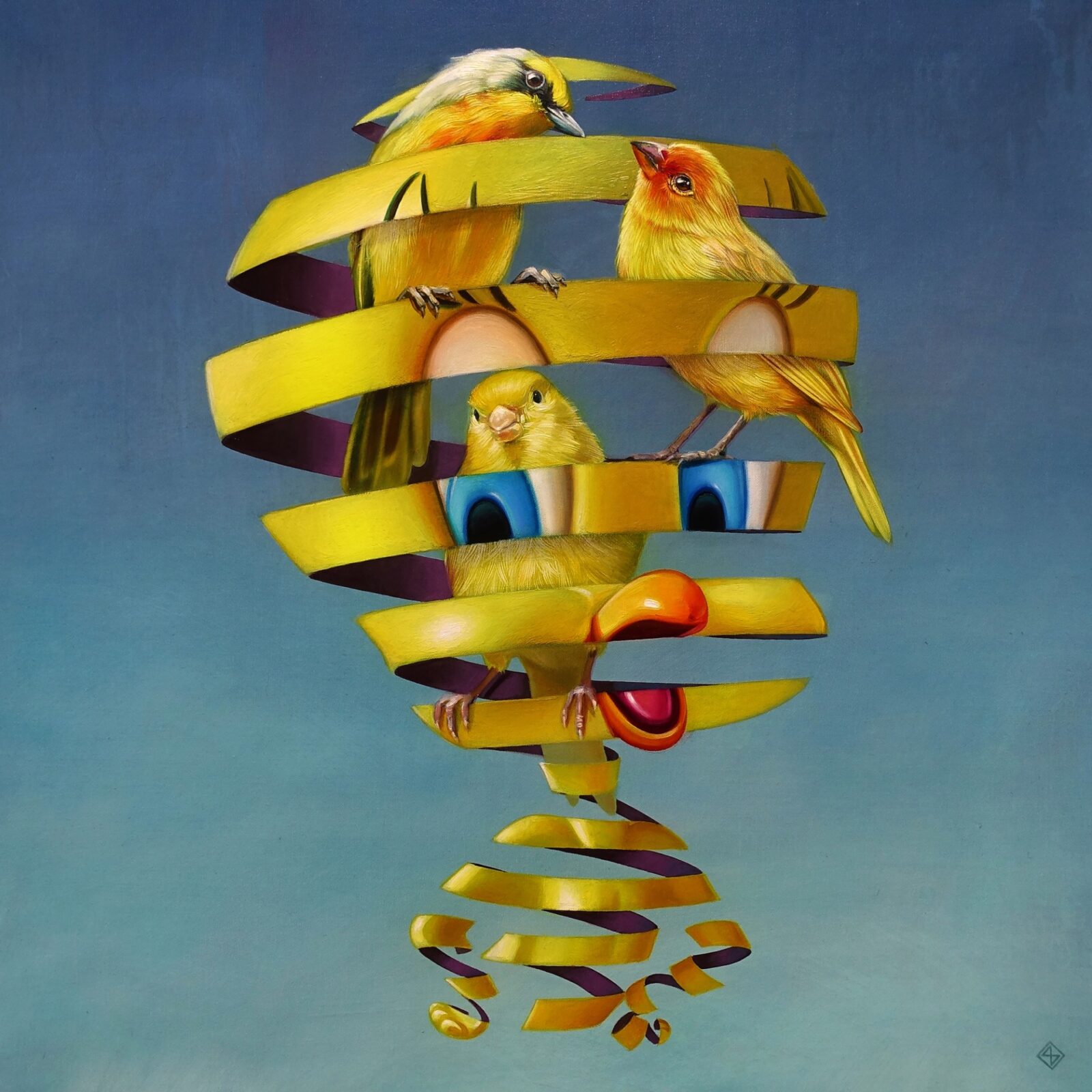 The series intends to address our skewed perception of reality through easily digestible cartoons, demonstrating that there can be no objectivity when it comes to our daily view of the world. A certain lens is always employed, a myth disguises the harsh truths. 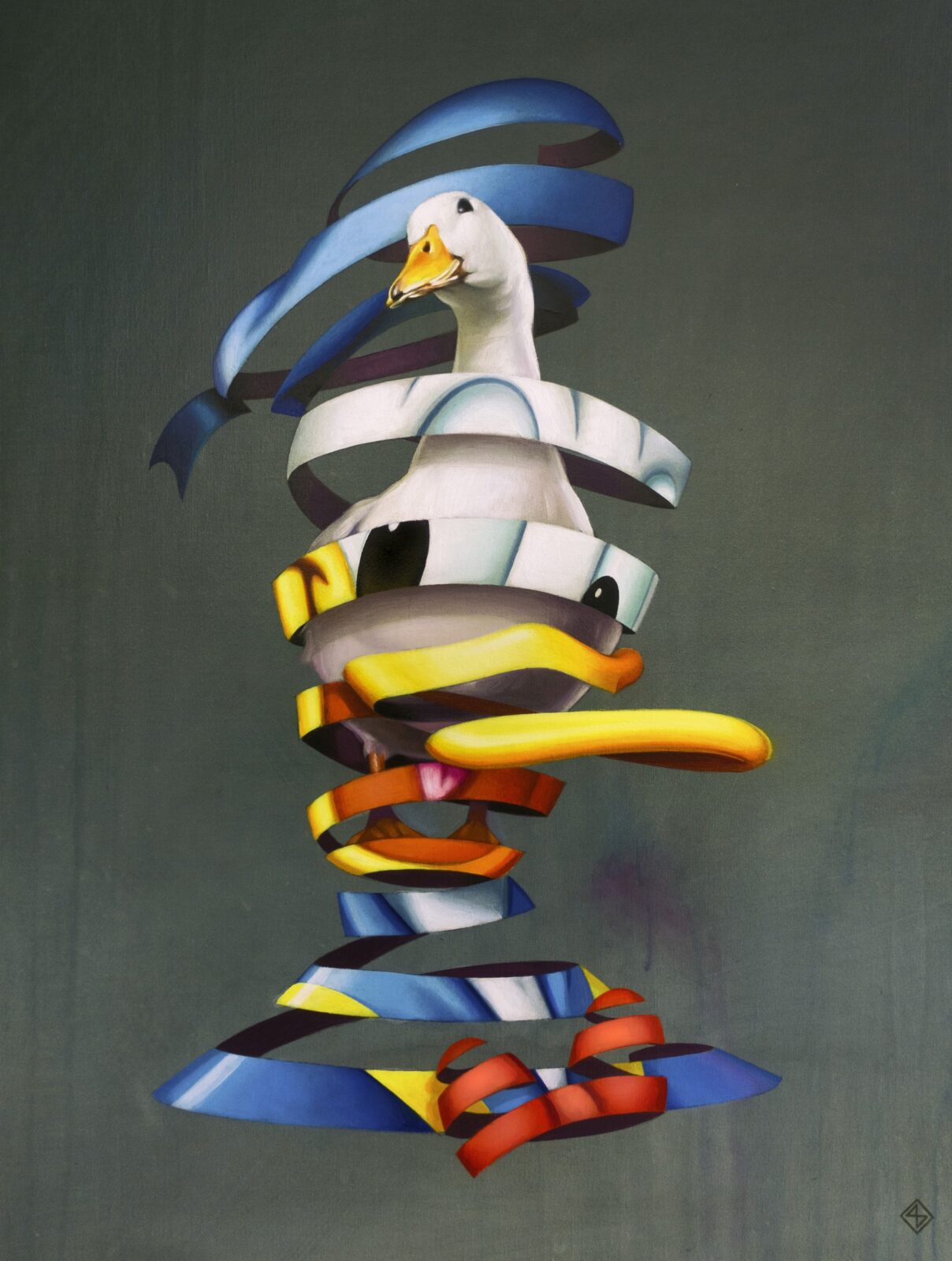 Stefan Thelen, better known by his moniker Super A, is a Dutch street and gallery artist who blends urban methods, graphic design and traditional painting techniques to give life to work that evolves out of his personal experiences and thoughts. His pictorial stories seem to exist in a balance between fiction and non-fiction as Thelen’s topics are a result of his amazement with rarities in our world, filtered through the view of the mysterious Super A. 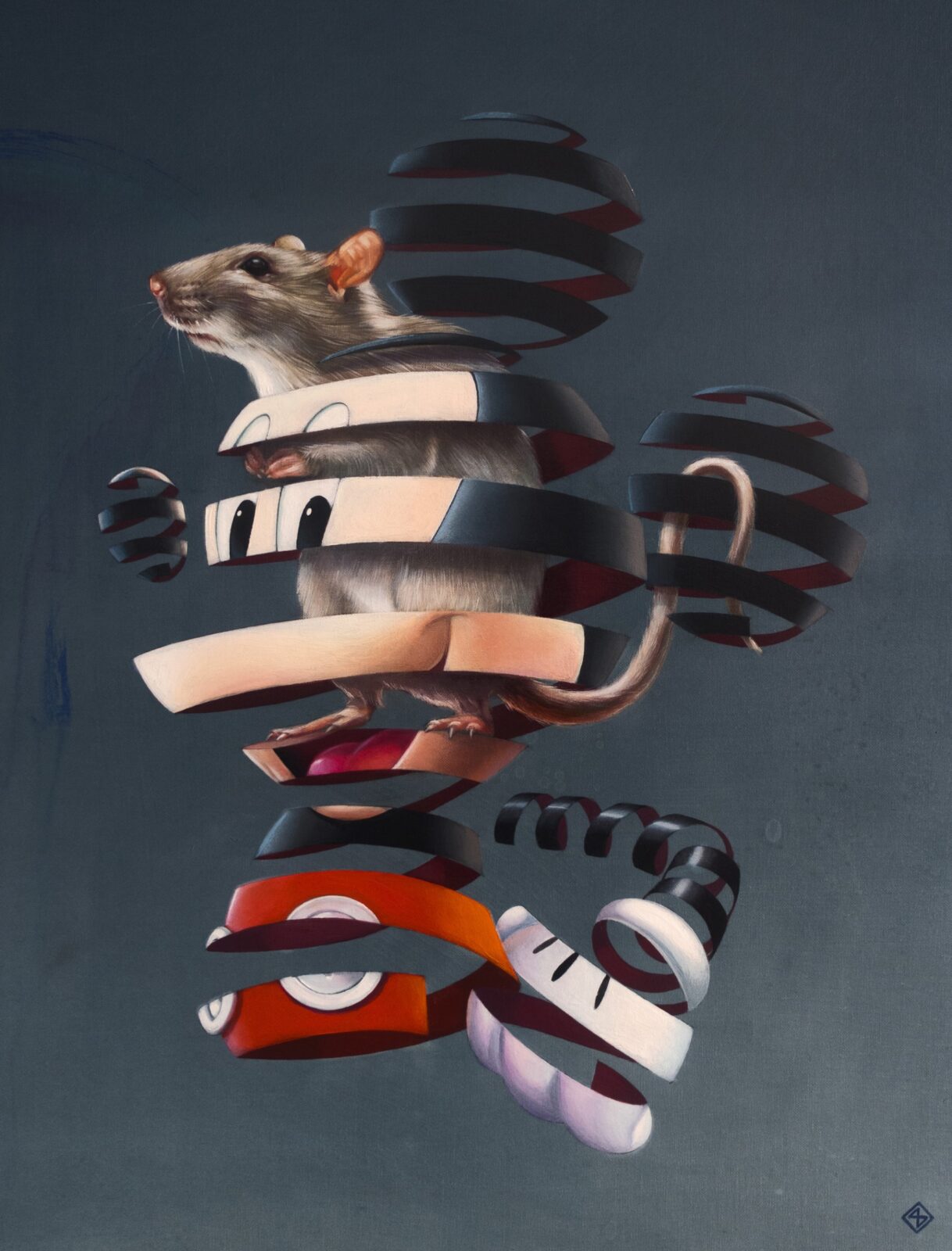 “Nowadays the most dominant myths we have embraced as an warm blanket of truth are liberty, property and individualism,” said Super A. “We tend to see these as absolute objective truths which suit the best interests of all humanity. But aren’t we just trapped within our cozy reality? And if it’s cozy… Should we even dare to break free?” 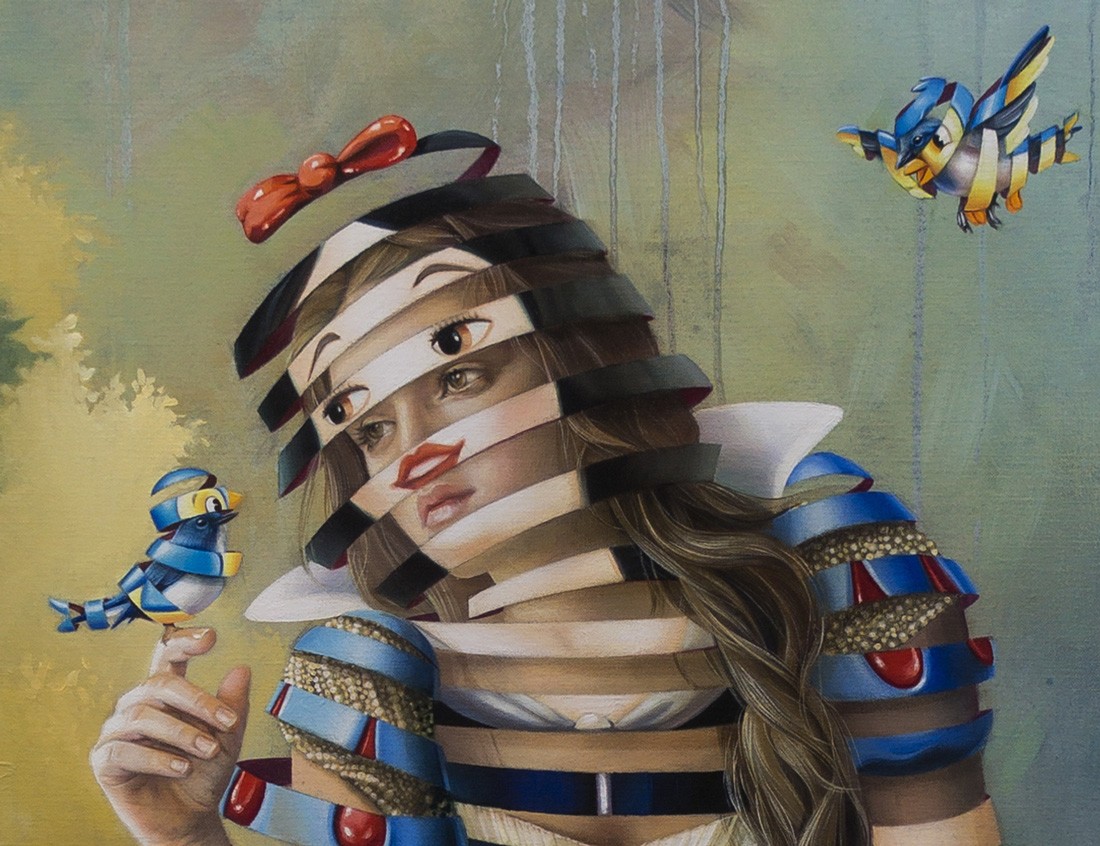 The story of how Super A came to be is a rather interesting one – Super A is in fact perceived by his author as an anti superhero kind of character. As Thelen explains it himself, he needed someone that can get away with the things he himself was not able to. He also channeled strong feelings of confusion into his new alter ego as at the time Stefan was experiencing a lot of stuff that didn’t feel right to him after he graduated from the Graphic Lyceum in Rotterdam. Initially, Super A started to appear sporadically in Thelen’s paintings and drawings, but the anti superhero’s visions and thoughts soon managed to emancipate themselves from their host. Soon, Super A began to deal with the city’s underbelly sensation and the visualization of the self-side of society in a way Stefan Thelen was never able nor allowed to. As explained by the artist himself, these images can be seen as the melancholic, cynical little brothers of common picture postcards. 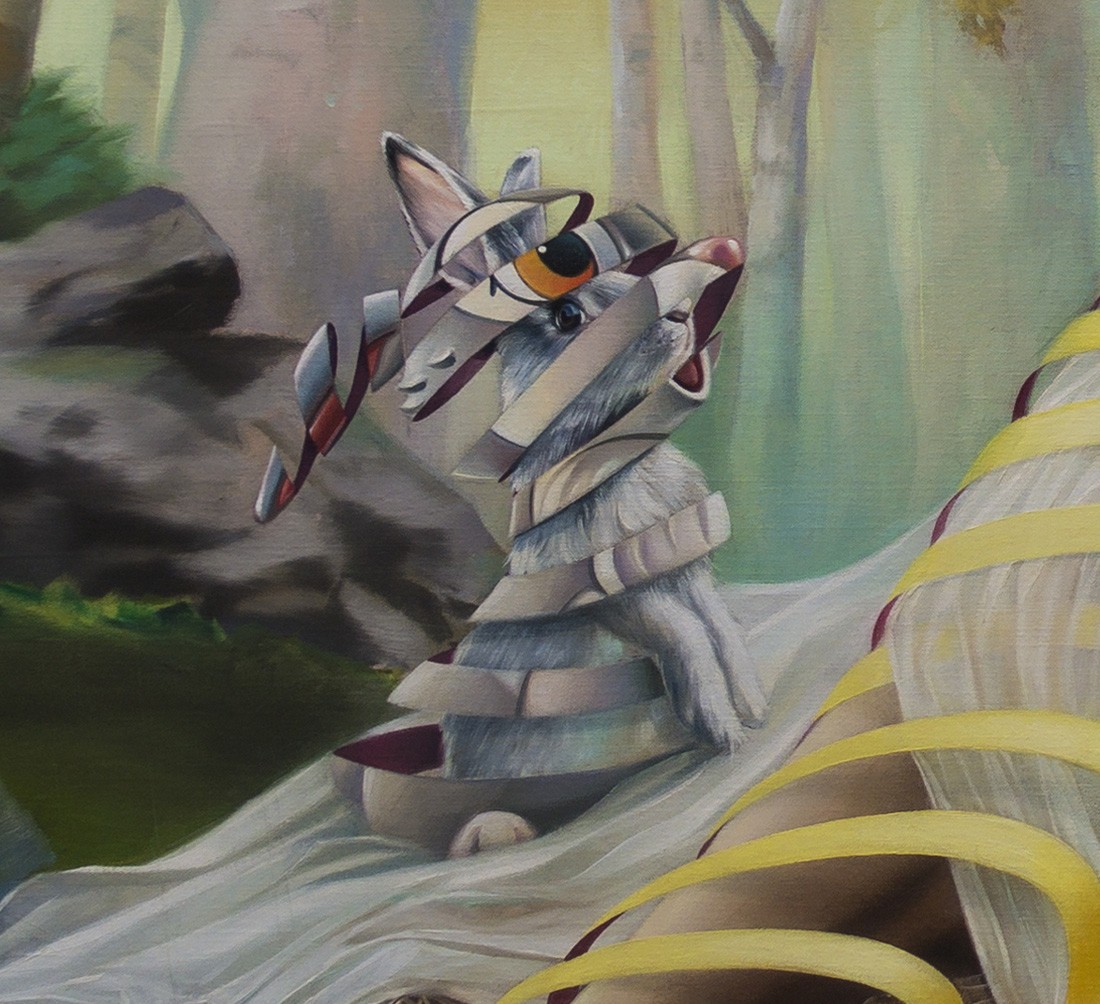 Soon after he started to express himself via street techniques, Stefan Super A Thelen became known for his extraordinary realistic images of a dreamy and surreal atmosphere that feature highly metaphoric narratives with fantasy figures, strong social messages and harsh critiques of world politics, often spiced with a splash of profound humor. He also became noticed for his creative versatility. Make no mistake, he truly proved himself a multidisciplinary artist – in addition to paintings and murals, Super A also created engaging sculptures and installations. In 2012, a Dutch broadcasting company AVRO organized a public voting in which one of Super A’s supreme murals was elected as the best street art piece in the Netherlands by the majority of public votes. Stefan was no stranger to collaborations and working alongside other urban colleagues as well. 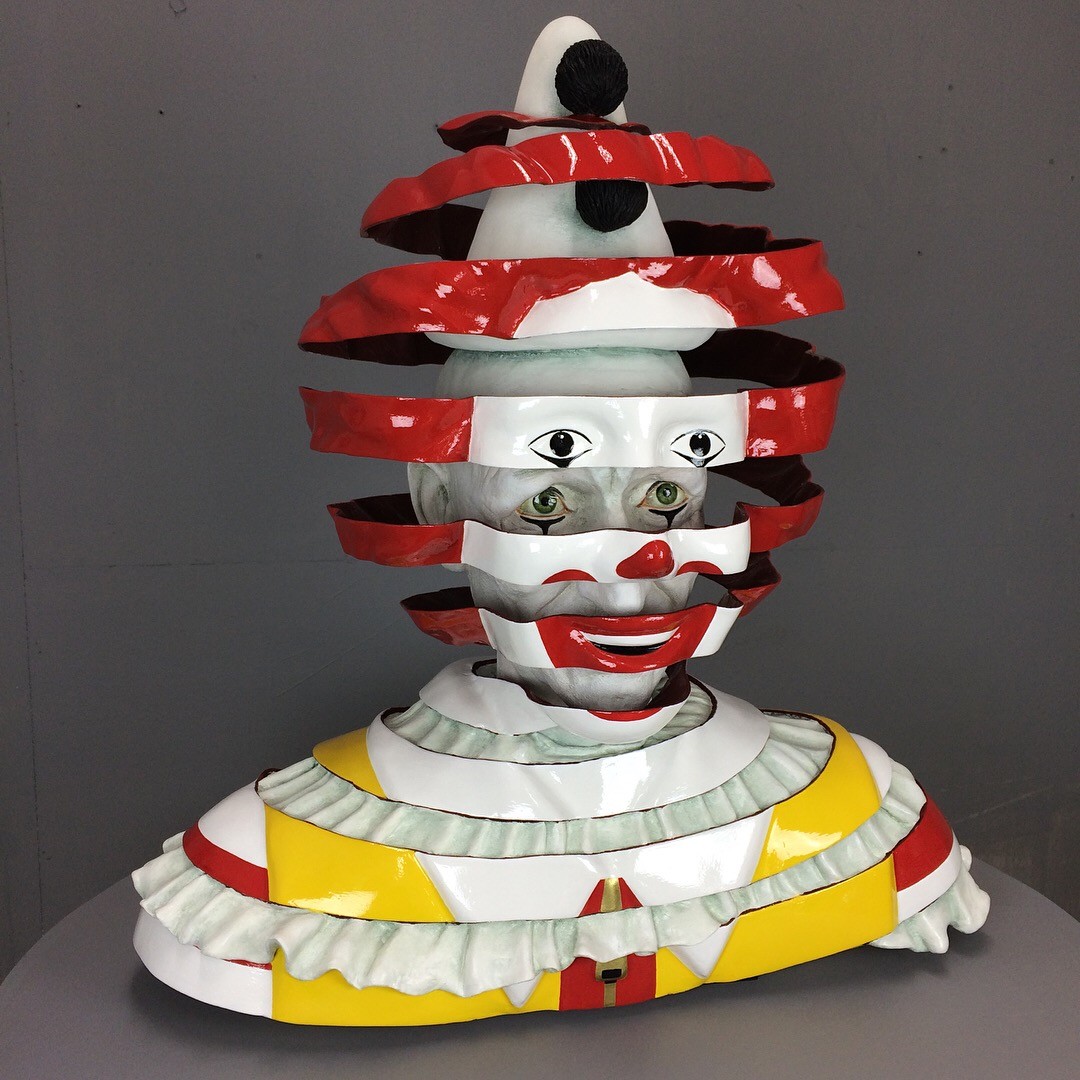 Super A has shown works from the series in a variety of exhibitions. The Mickey Mouse and Donald Duck paintings were recently shown at Vertical Gallery‘s group exhibition Portrait, Tweety is on view at Pow! Wow! Exploring the New Contemporary Art Movement curated by Thinkspace Gallery at the Honolulu Museum of Art, and Snow White and Pierrot will be shown at an upcoming exhibition with Galerie Droste.