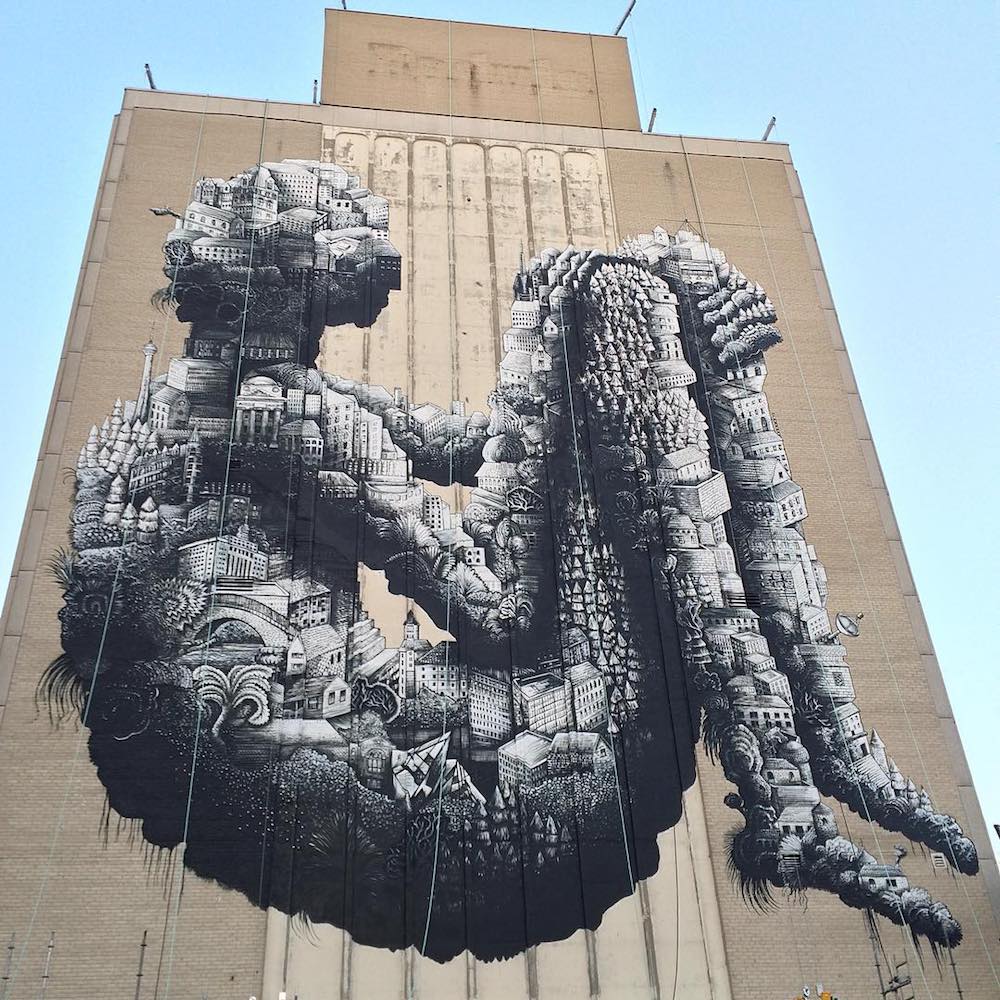 This past month, Sheffield-based artist Phlegm revealed his latest mural, a 5-story tall robot on Chapel Street in Melbourne, Australia. The mechanical monster hides a village, or maybe an entire world, beneath its metal scalp, which it reveals while simultaneously dangling a lantern over the homes below. To create the work, Phlegm worked with the building’s mechanics, repurposing a flashing carpark light near the structure’s third floor into a beating heart for his large-scale visitor. You can see more of the muralist’s black and white illustrative pieces from the last year in Manchester, Florida, Oslo, and Toronto, as well as a time-lapse video of his Melbourne-based robot mural, below. 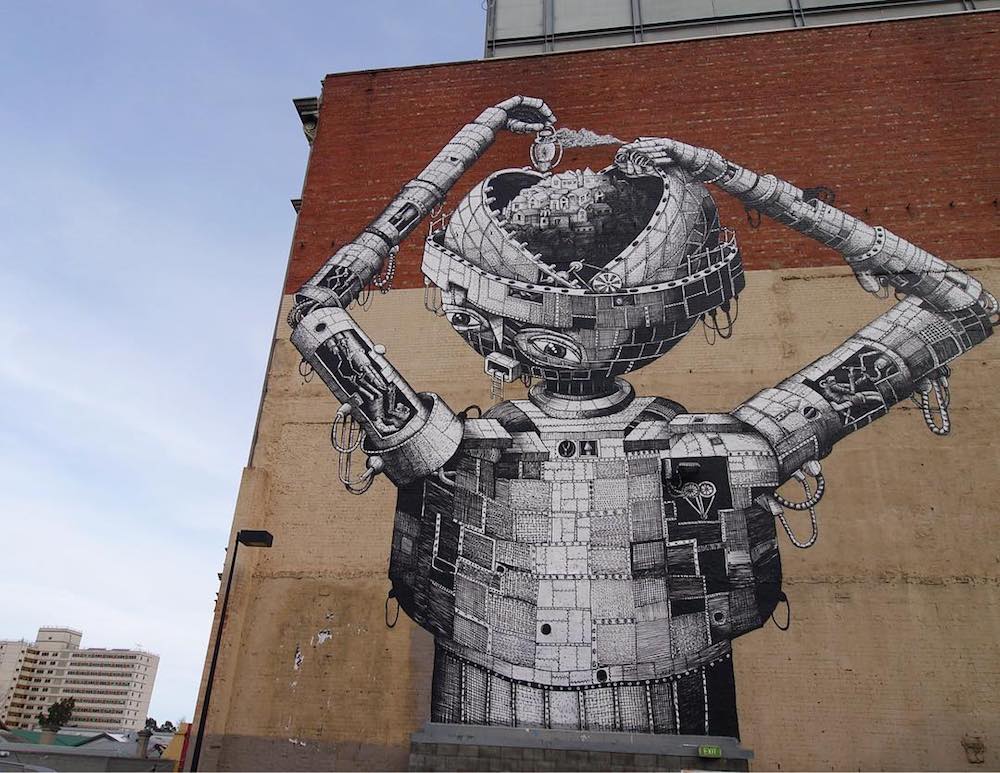 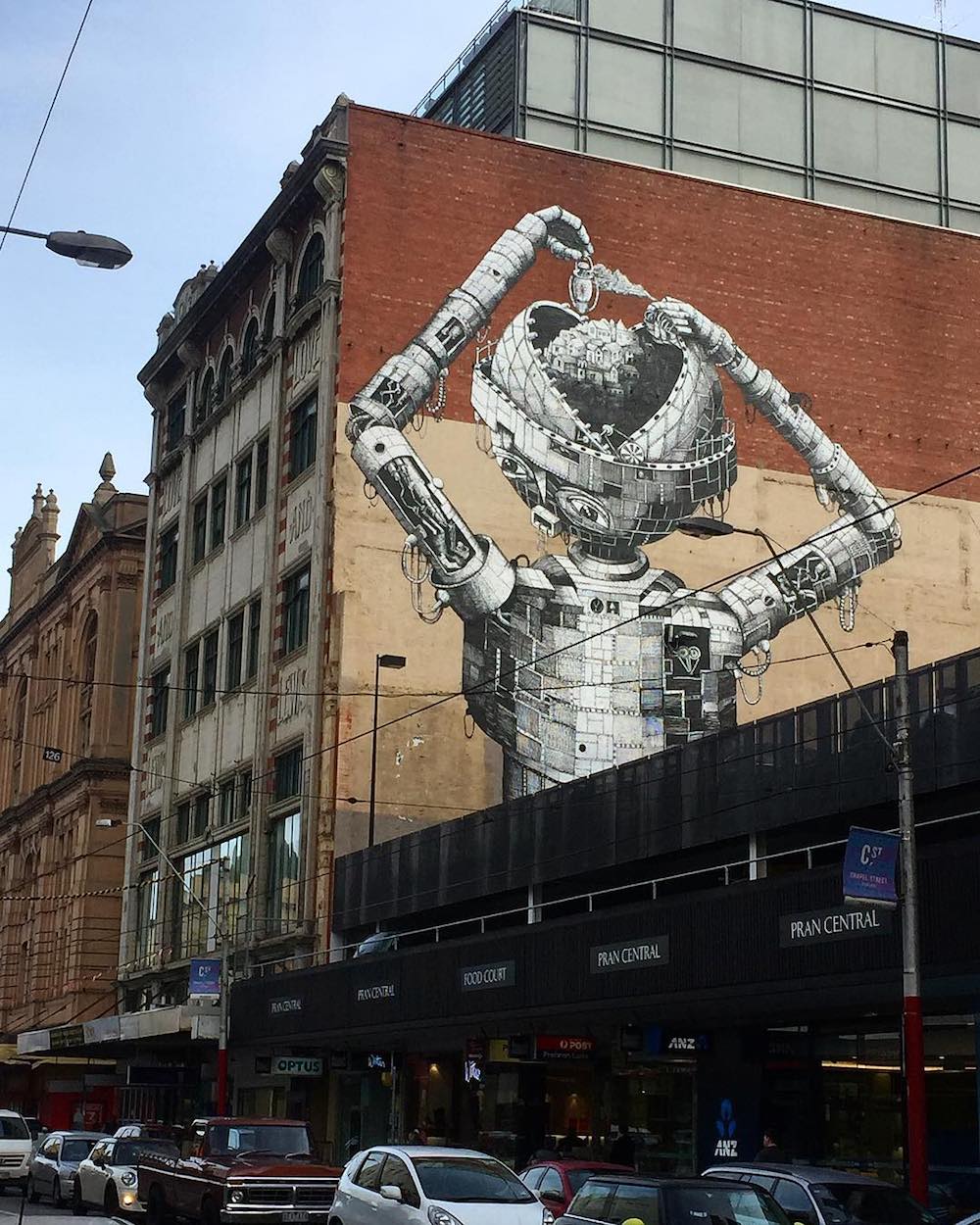 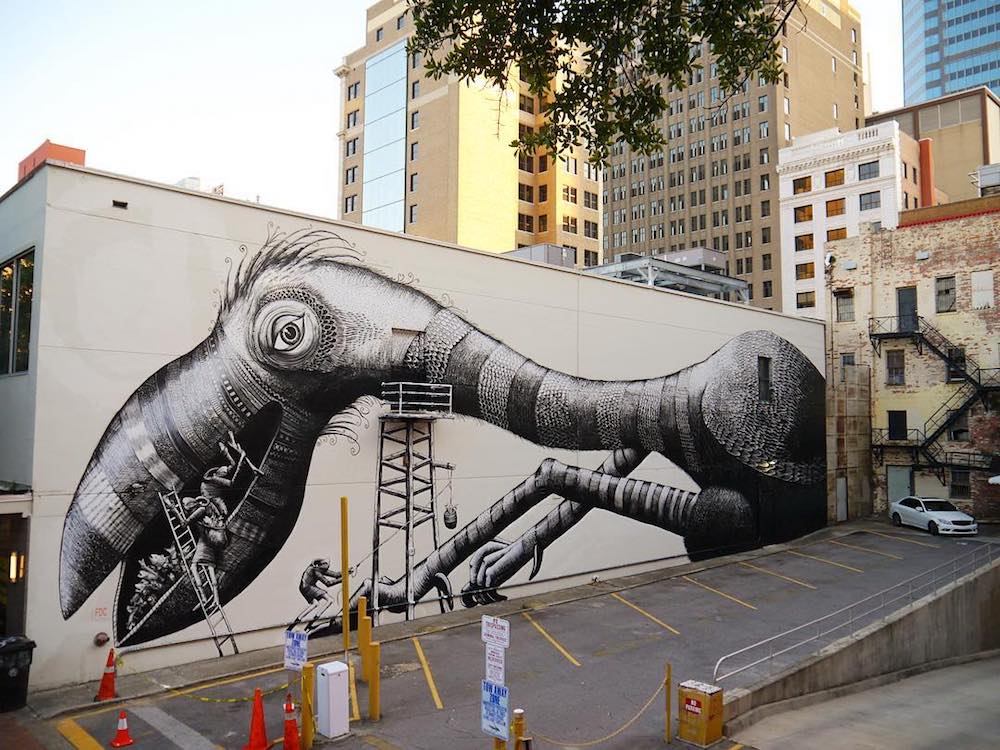 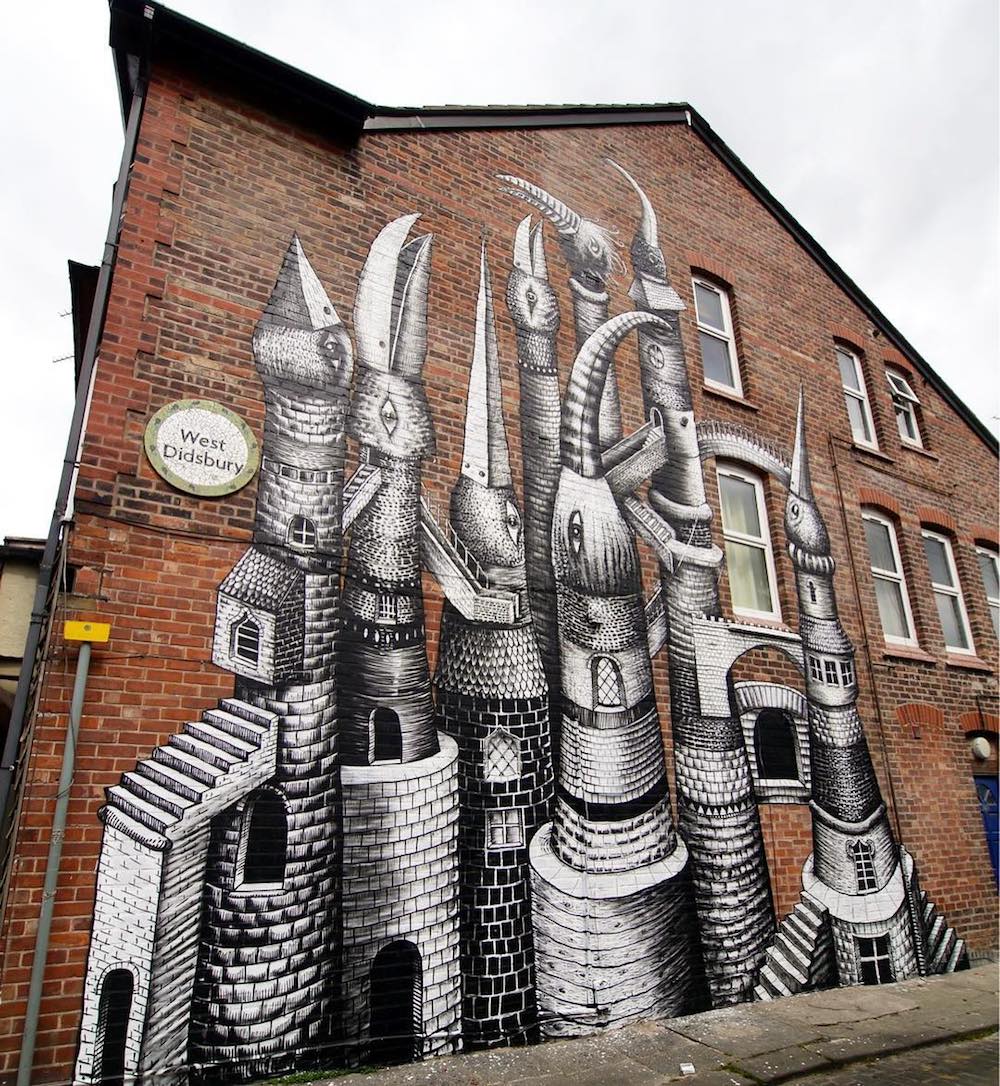 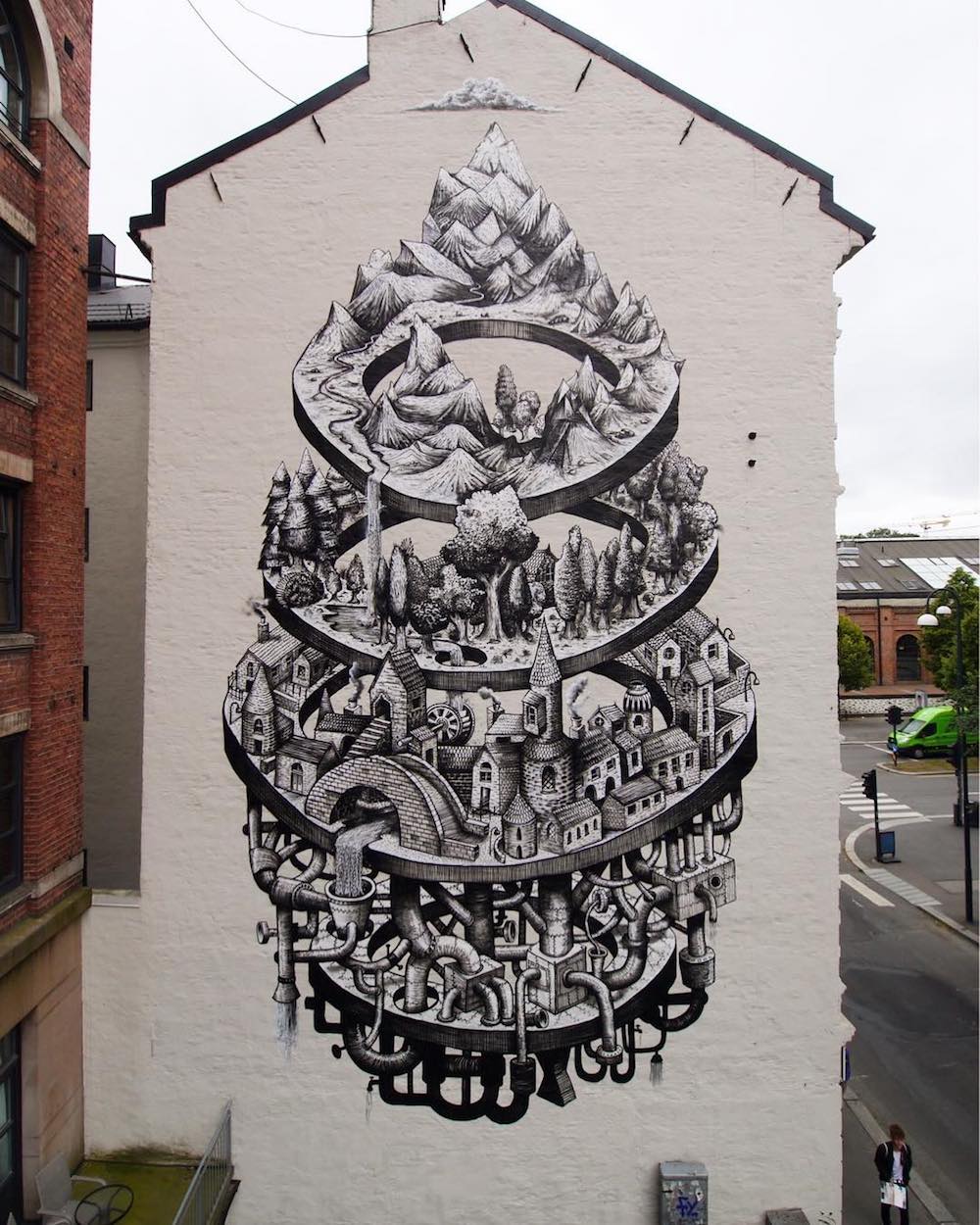 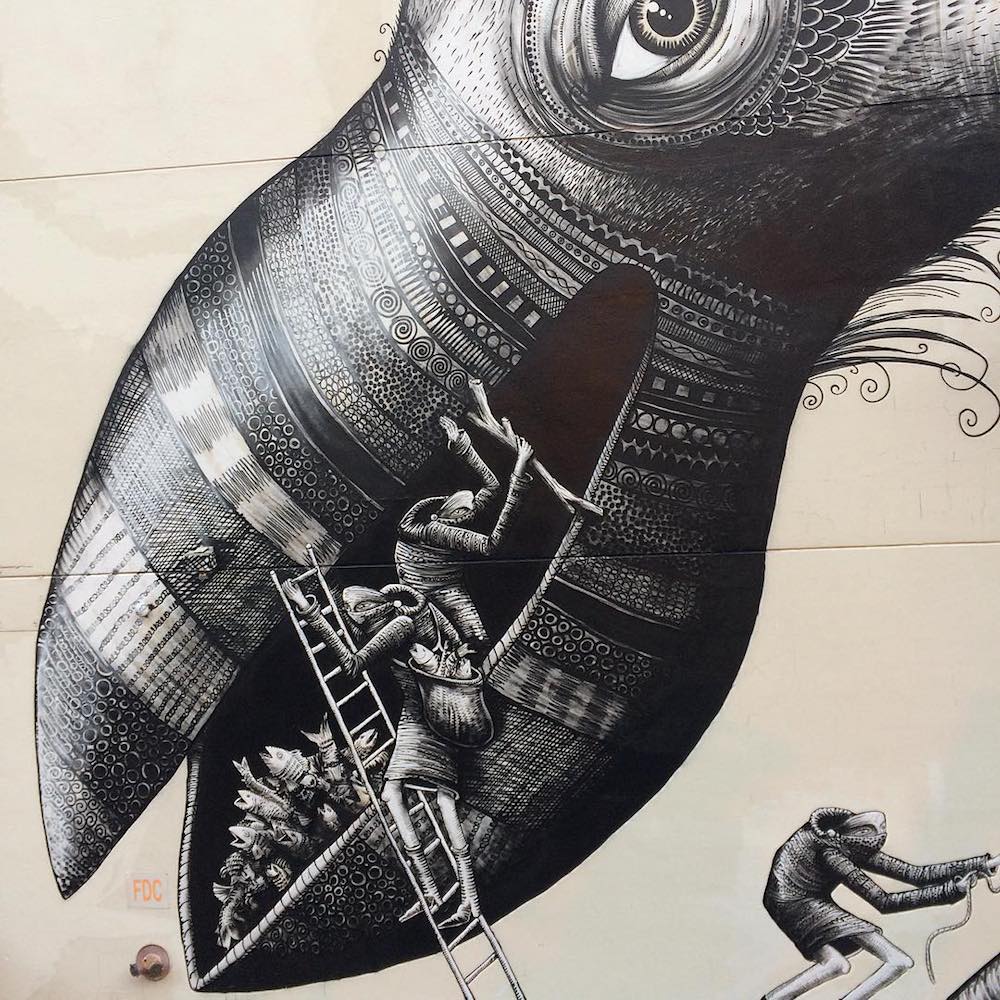 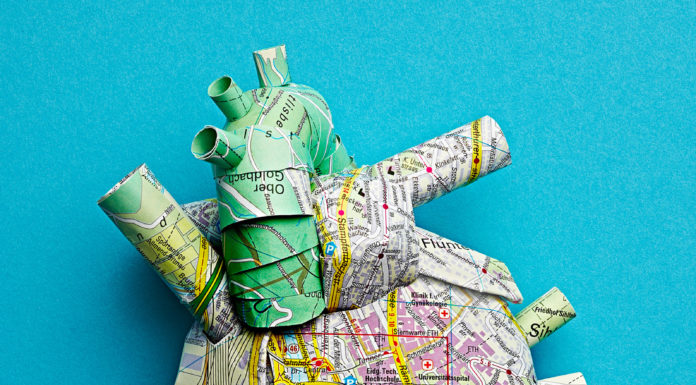 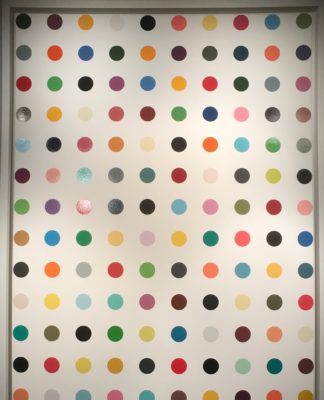 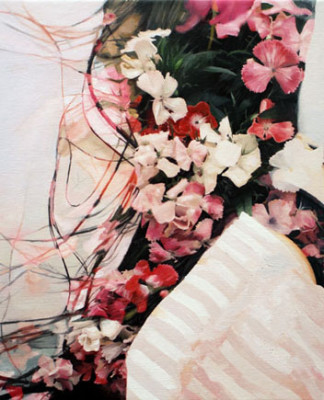 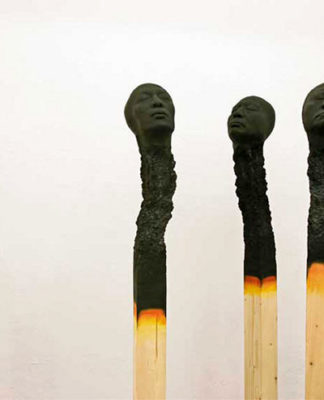