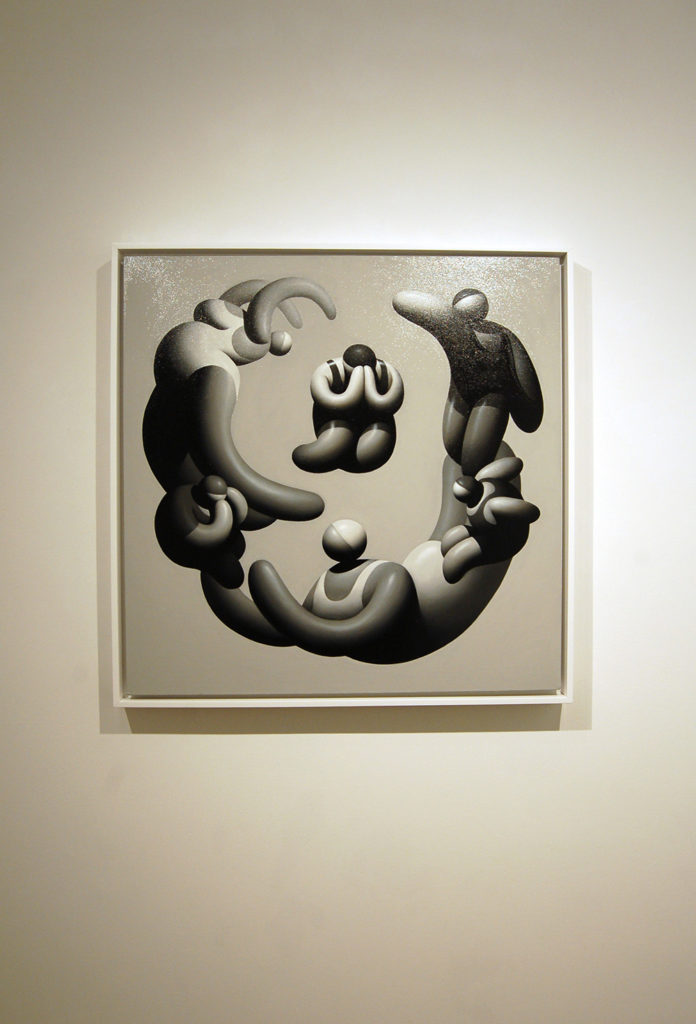 Mike Lee was born in 1983 in Placentia, California and is currently living and working in New York City. He is a visual artist and he received his Bachelor degree in Fine Arts from Otis College of Art and Design in 2006. 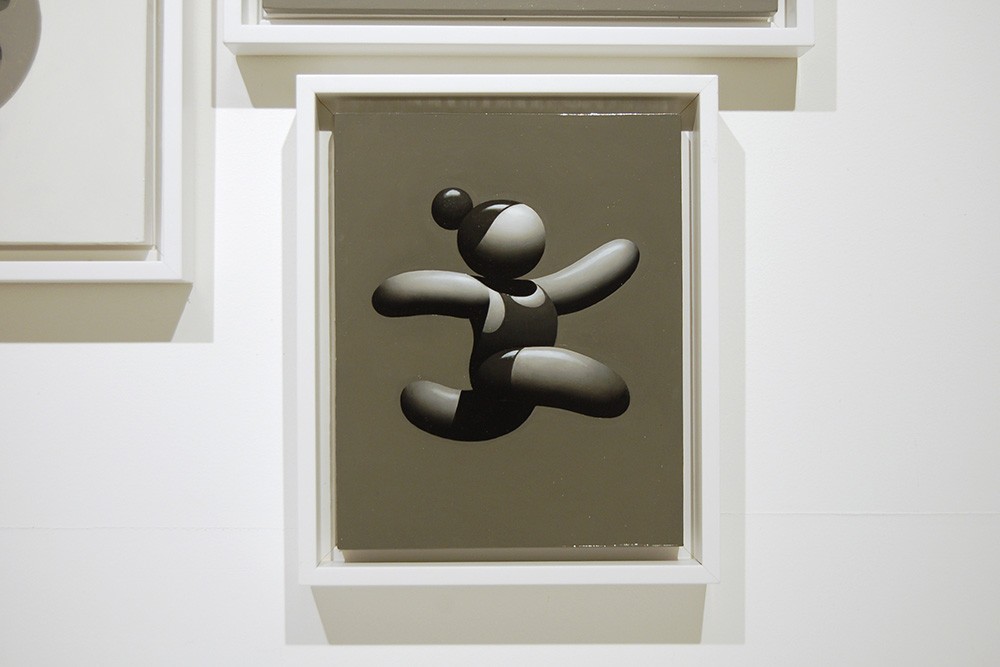 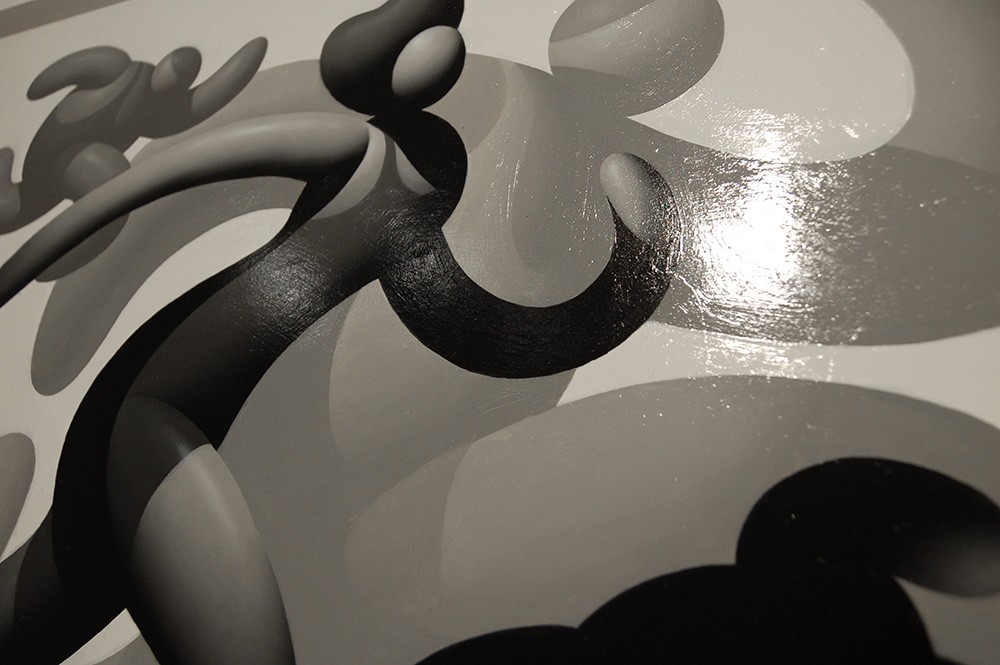 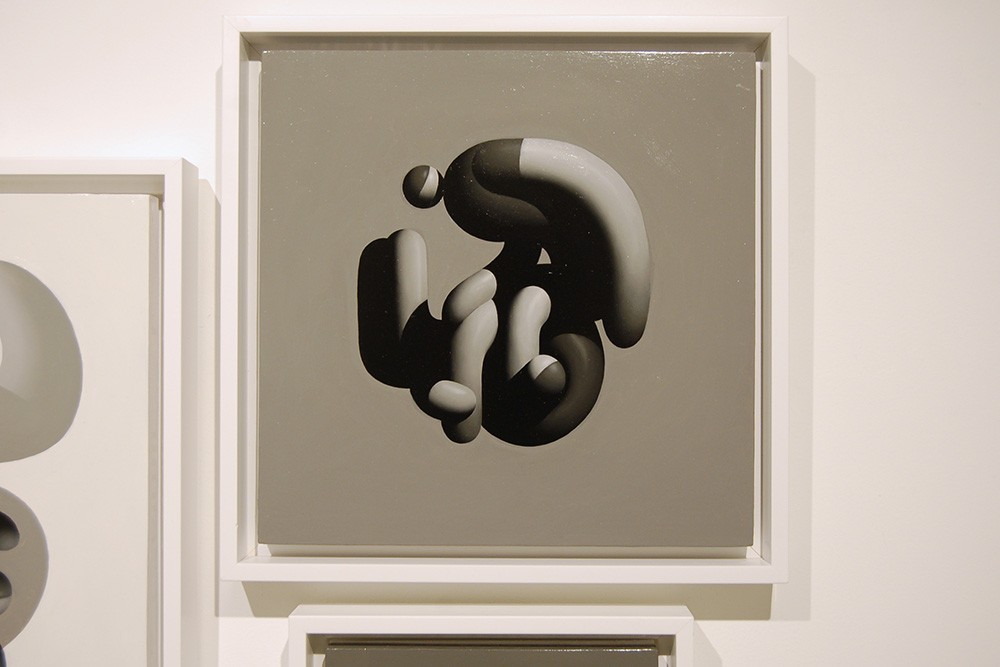 Since graduating, Mike has worked for various film and commercial studios and has built up an impressive list of clients, which includes: Blue Sky Studios, Psyop, LucasArts, Buck and Hornet. Alongside his commercial work, Lee finds the time to devote to his own personal artwork and often exhibits his highly meticulous figurative drawings at prestigious galleries throughout the US; earlier this year he took part in a two person exhibition at GR2 Gallery. 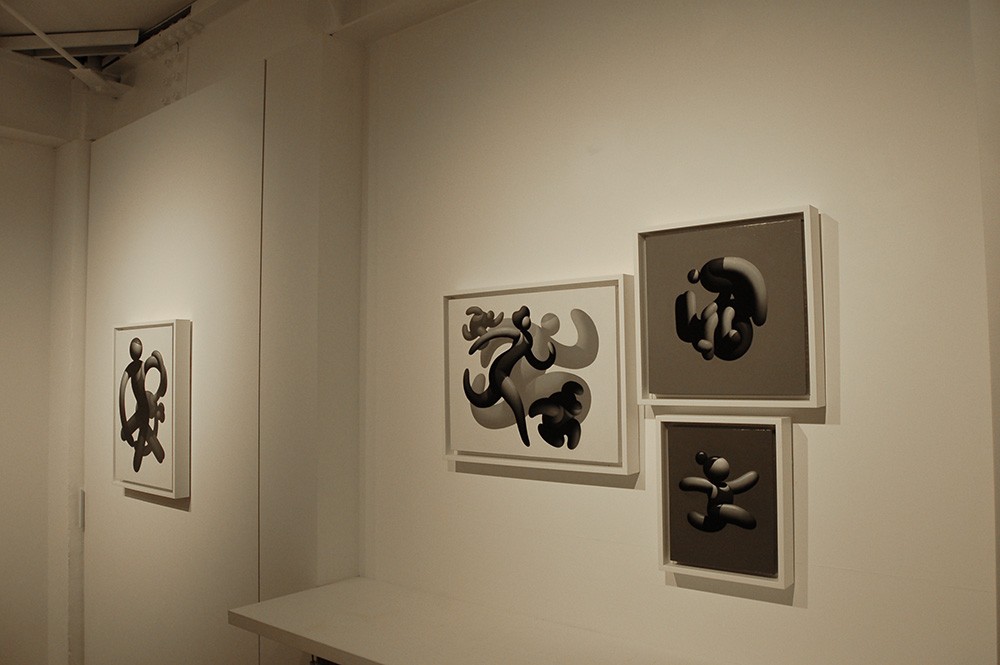 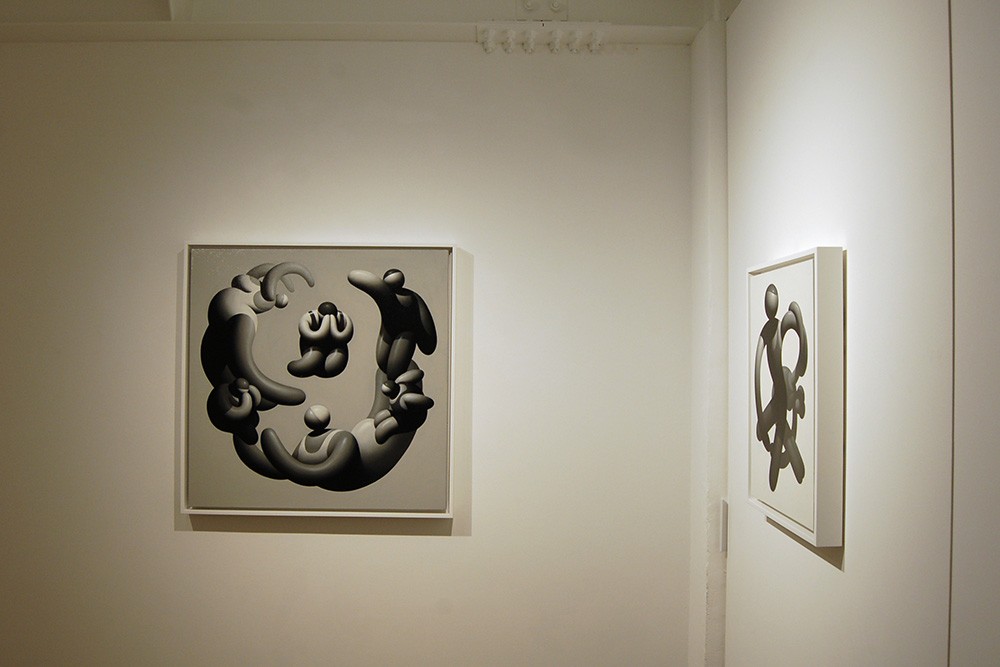 New York-based artist Mike Lee’s work sees him “remove detail and simplify figures and objects down to their most basic shapes”. The result is a series of smoothly-textured, painted silhouettes that feel as though they’re swimming through the air. “My ideas stem from observing my closest friends, family, strangers and reflecting back on various moments throughout my life,” explains Mike. His abstract interpretations of these moments is ambiguous but intriguing and this feeling is emphasised by the CGI-like finish Mike achieves. 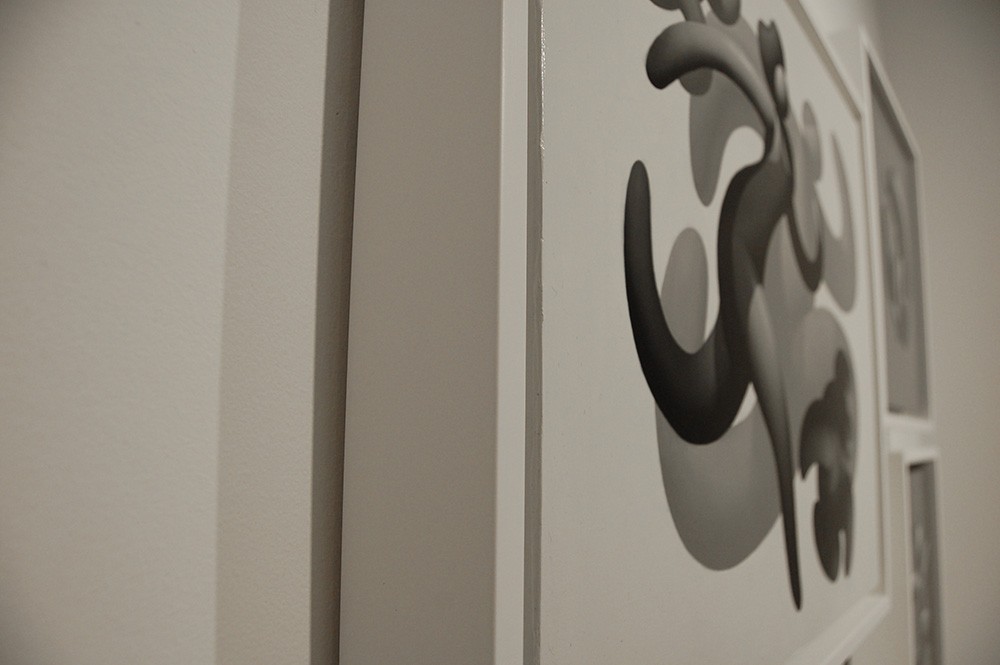 After successful solo shows in LA and Portland earleir this year, the NY-based artist focused on producing a small body of work for his Japan debut show, Happier Together. Taking the local love and appreciation of cartoon and manga culture as a starting point, Lee created five new pieces that feature a stronger graphic aesthetic than previous work. Meticulously rendered in oils on panels or canvas, these figure based compositions utilize the skills he developed through years of work as a digital media professional. 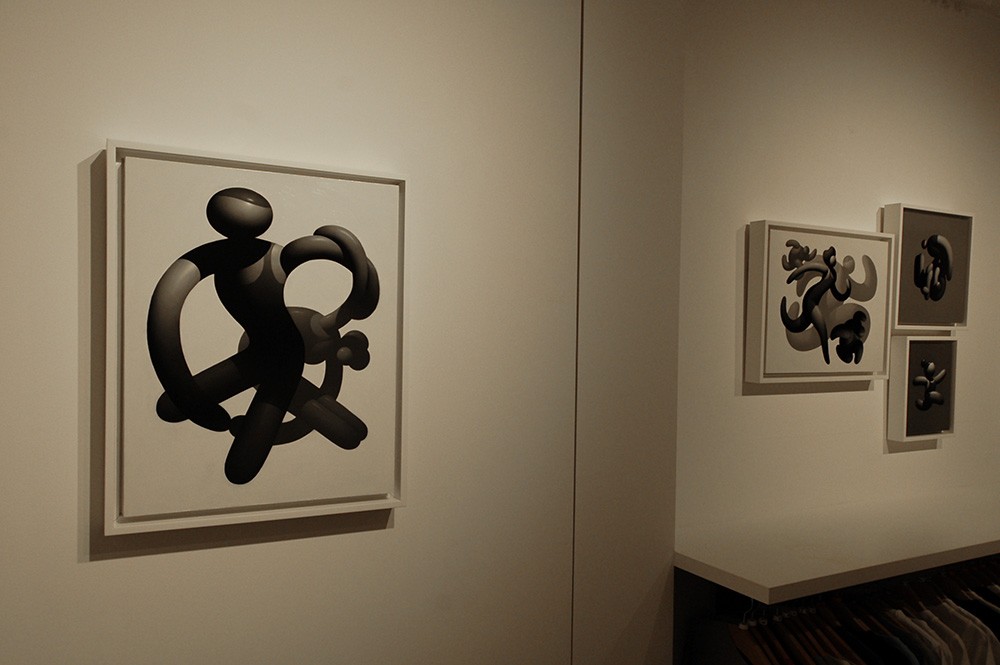 Minimizing his subjects to merely a gathering of almost geometrical objects, his work is a balance between abstraction and figuration, hoping to develop an universally understandable visual language. Through velvety gradients and punctilious use of light effect, Lee creates an uncertain atmosphere that is in direct juxtaposition with the bubbly characters. The show was very well received by the local and international crowd and has already sparked other international projects for him.