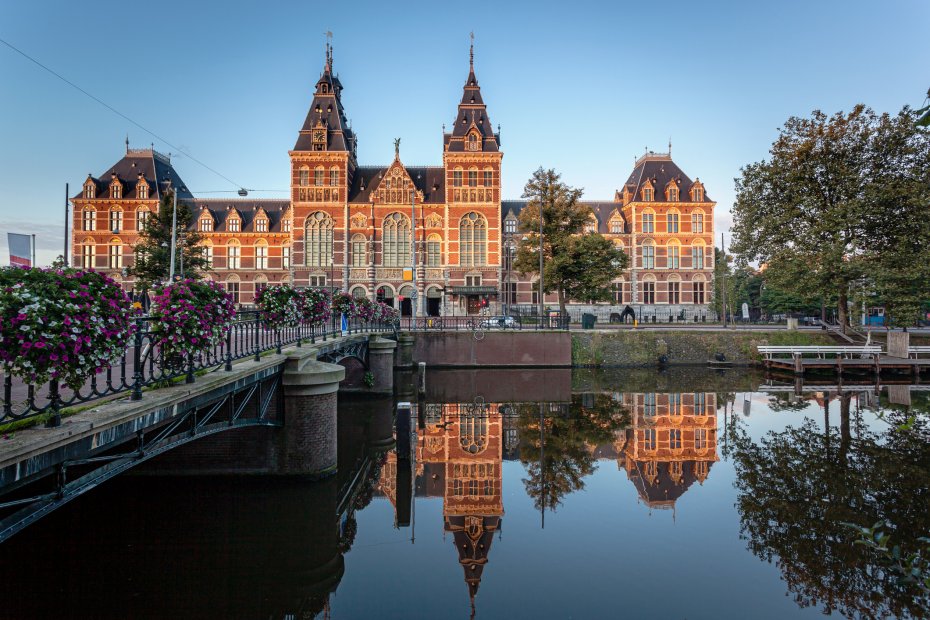 The Rijksmuseum, or Amsterdam State Museum, is one of the twenty most popular museums in the world. About 2.5 million visitors come here every year. The museum’s art collection is comparable to the Paris Louvre and Hermitage Museum in St. Petersburg. The State Museum of the Netherlands has the largest collection of works by Dutch masters in the world.

History of the opening of the Rijksmuseum in Amsterdam

The collection of art objects, which was the first exhibition of the Rijksmuseum, was collected in 1800. Originally it was kept in The Hague. In 1808, the brother of French Emperor Napoleon I, Louis Bonaparte, who was King of Holland, moved the collection to Amsterdam and housed it in the Royal Palace. The collection was enriched with exhibits owned by the royal family. Later on, the exhibition was kept at Trippenhuis Palace.

In 1860s it was decided to build a separate building for the museum. To choose the project of the building, a competition for architects was organized. It was held in 1876 and the commission of the competition chose Petrus Kuipers as the winner. According to his design, a building was constructed with the appearance of a mixture of Neo-Gothic and Neo-Renaissance styles. For the Netherlands in the late 19th century the architecture of the building was too innovative, and King William III, who ruled at that time, was not satisfied with the construction.  Since then, the museum has been regularly rebuilt and new buildings have been added to it.

The National Museum was opened to the public in 1885. In 1890 a building consisting of fragments of demolished historical buildings was added to the main building, thus illustrating the history of Dutch architecture.

In 1906 one exhibition hall was rebuilt especially for Rembrandt’s painting “Night Watch”. Throughout the 20th century, the Reichsmuseum building was restored several times.

From 2003 to 2013, the main museum in Amsterdam was closed for a ten-year renovation, the cost of which was approaching half a billion euros. During this period, masterpieces of art that are in the Rijksmuseum were exhibited elsewhere.

Paintings in the Rijksmuseum

The museum exhibits art and historical collections. There are paintings, sculptures, drawings, engravings, photographs, historical clothing and archaeological finds. The main value of the museum is the collection of paintings by internationally renowned artists. Most of the presented paintings are by Dutch masters of painting. Here you can see the works of Rembrandt, Van Gogh, Vermeer, Hals, Reisdal, de Hoch, Wall, van der Gelst, Rubens, El Greco.

The main masterpieces of the Rijksmuseum exposition:

“Rembrandt’s Night’s Watch is the main exhibit in the museum.

The central place in the exhibition of the largest museum of the Netherlands takes Rembrandt’s painting “Night Watch”. It belongs to Amsterdam and is in the museum’s temporary storage. “The Night’s Watch is one of the largest paintings in the State Museum. Its dimensions are 363 by 437 cm. To add a painting to the exhibition, an entire hall was rebuilt for it.

Practical information about the Rijksmuseum

Ticket price. The price for adults is 20 euros. Entrance for children under 18 years is free. If you buy tickets online, their price will be cheaper.