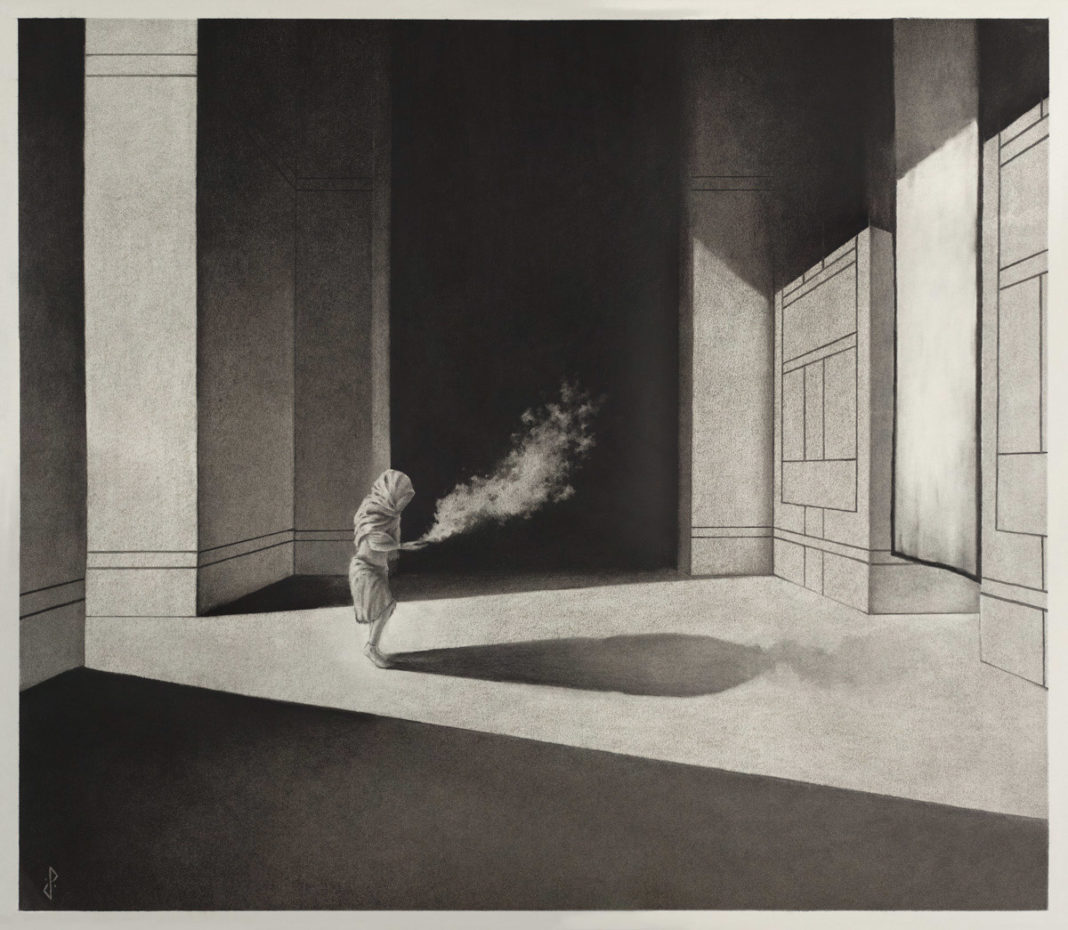 Stuart Holland is a visual artist living and working in Boise, Idaho. He is a graduate of Boise State University and earned his BFA with an emphasis in printmaking in 2014. Drawing influence from psychology, various spiritual traditions, psychedelics, and quantum physics, Stuart’s work is the realization of an enigmatic liminal space. 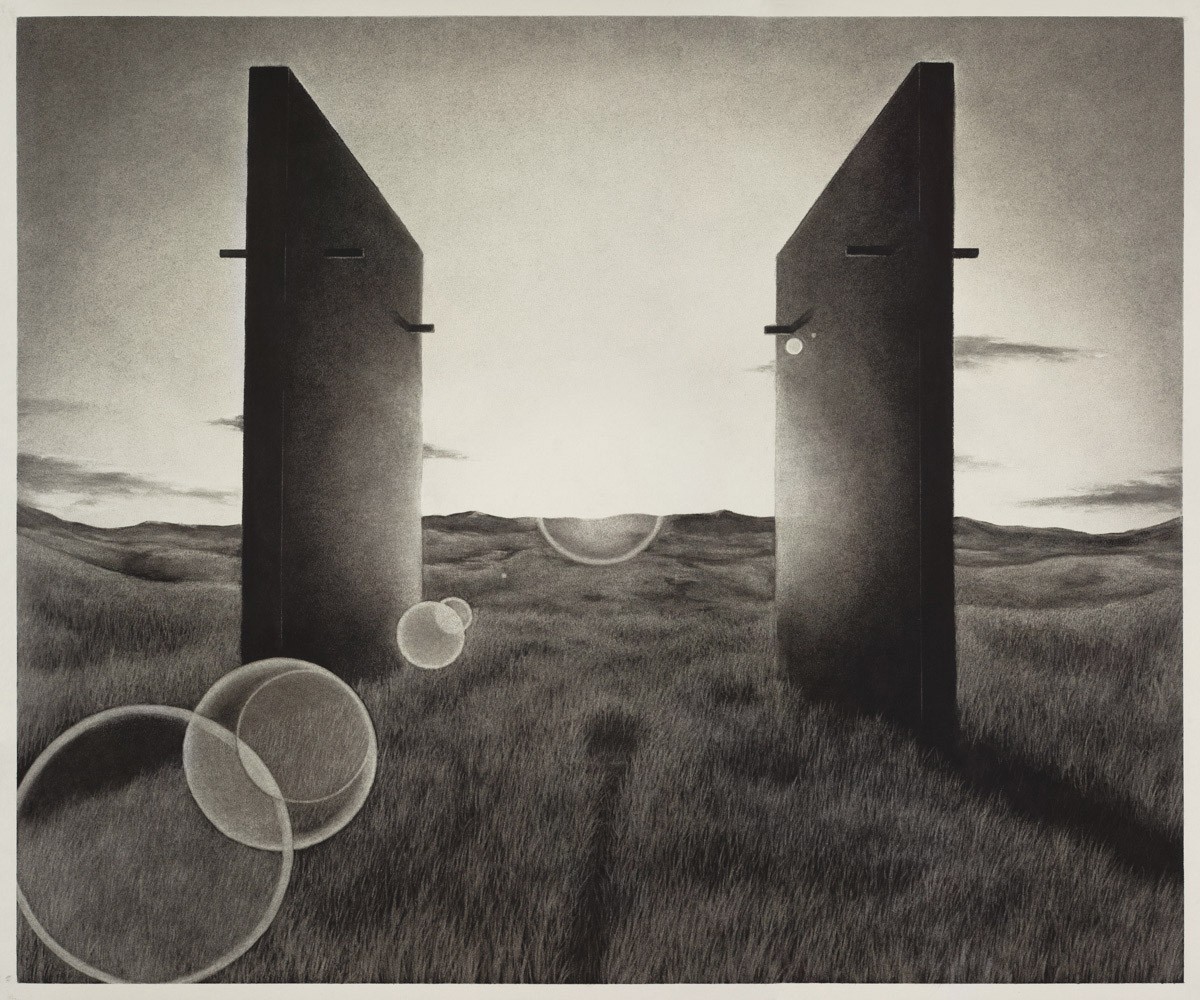 Within this mysterious plane, the veil between the physical and immaterial realms disappears entirely; it is a crossroads between the subjective and the Universal that is neither entirely ‘here’ nor ‘there.’ It appears to exist outside the bounds of Time and serves as a reminder that nothing exists in isolation, with all existing as part of an infinite continuum. Hinting at both a forgotten past and a distant future, this surreal world is foreign, yet evokes a jarring familiarity that makes one question if these landscapes exist in an external world or perhaps merely within the frontiers of the mind. The resulting ambiguity facilitates a unique exploration of liminality that challenges us to contemplate the disparity between what once was, what now is, and what could be. 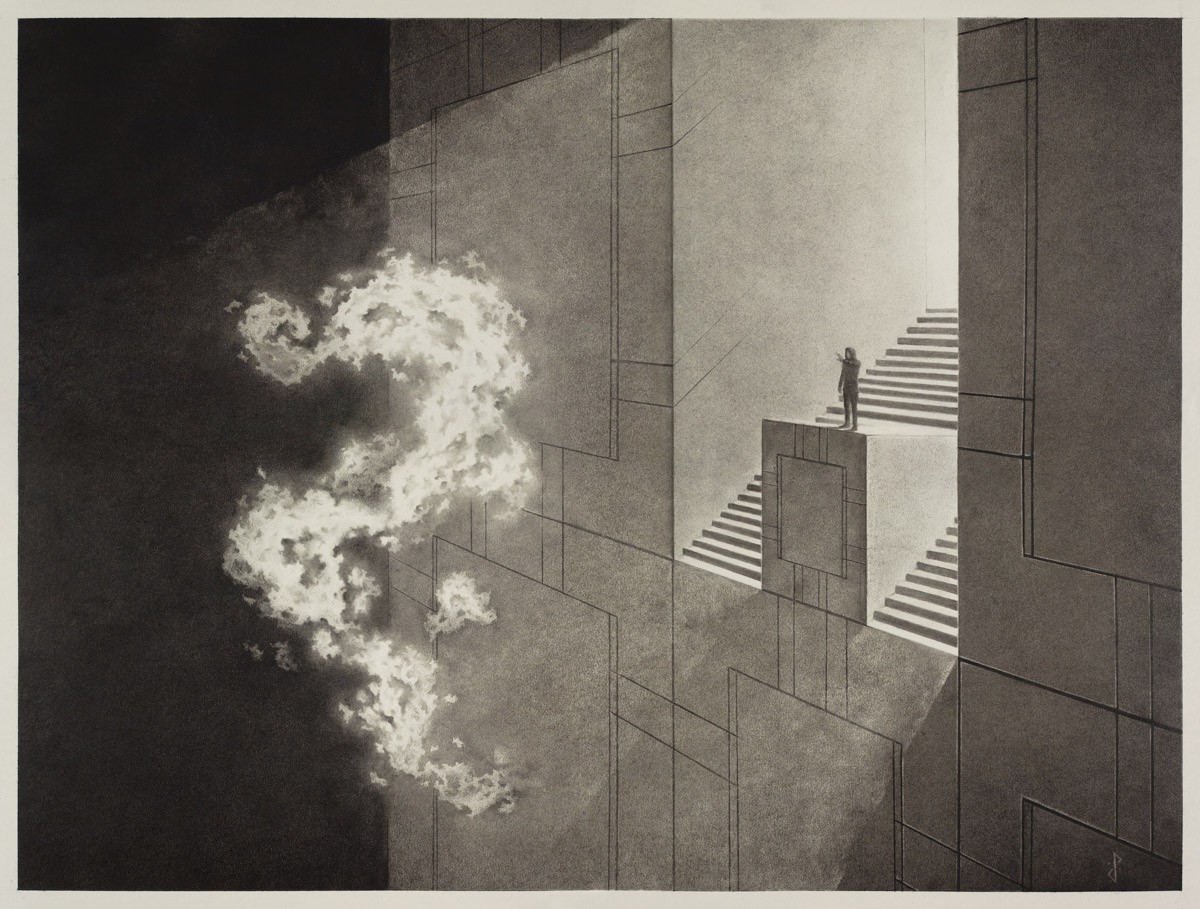 As an inherent part of an eternal continuum, the ethereal figures within this realm illustrate transitional states of transcendental growth and find strength, solace, catharsis and absolution as they realize they are but a microcosm of a vast universe, far greater than themselves. In this new light, these deities truly discover limitless higher states of Being. Only then can Humanity become greater stewards of the Earth, explorers of the Cosmos, and architects of Reality. 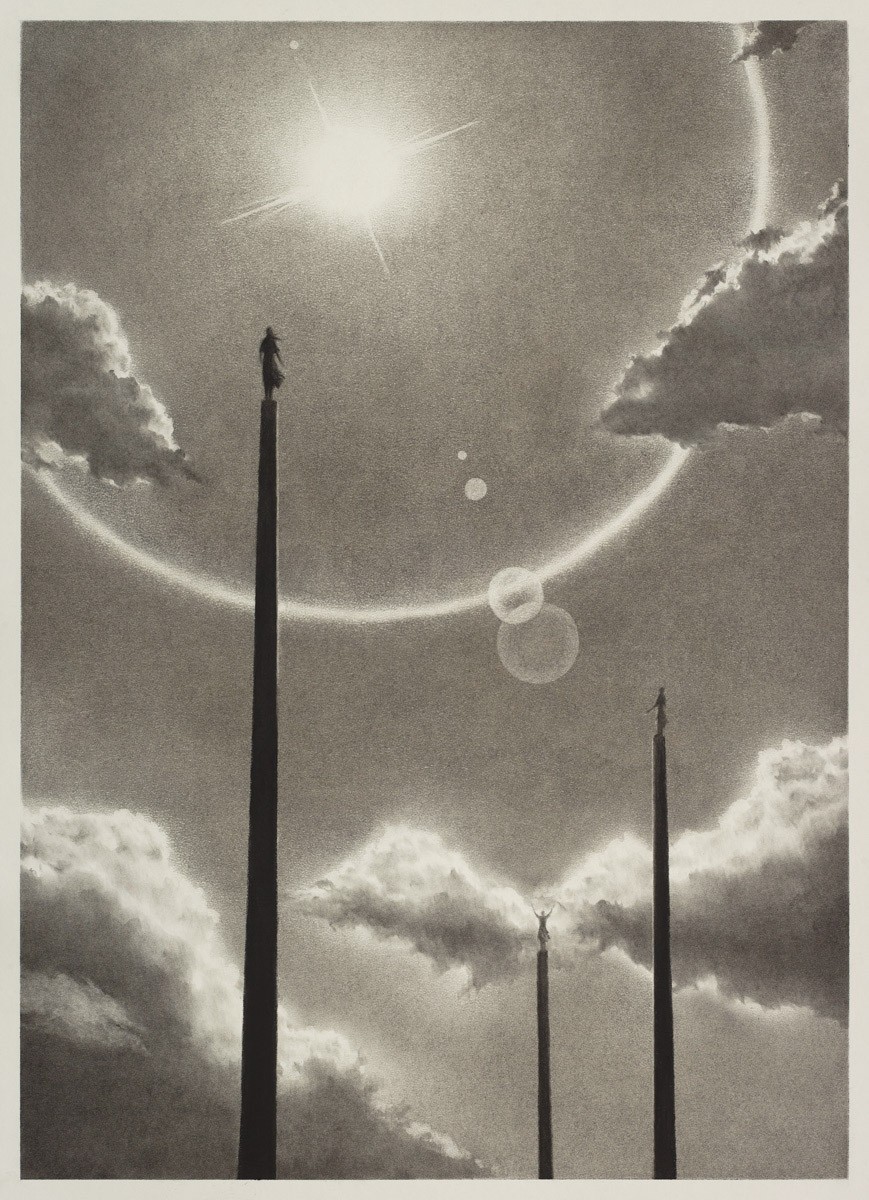 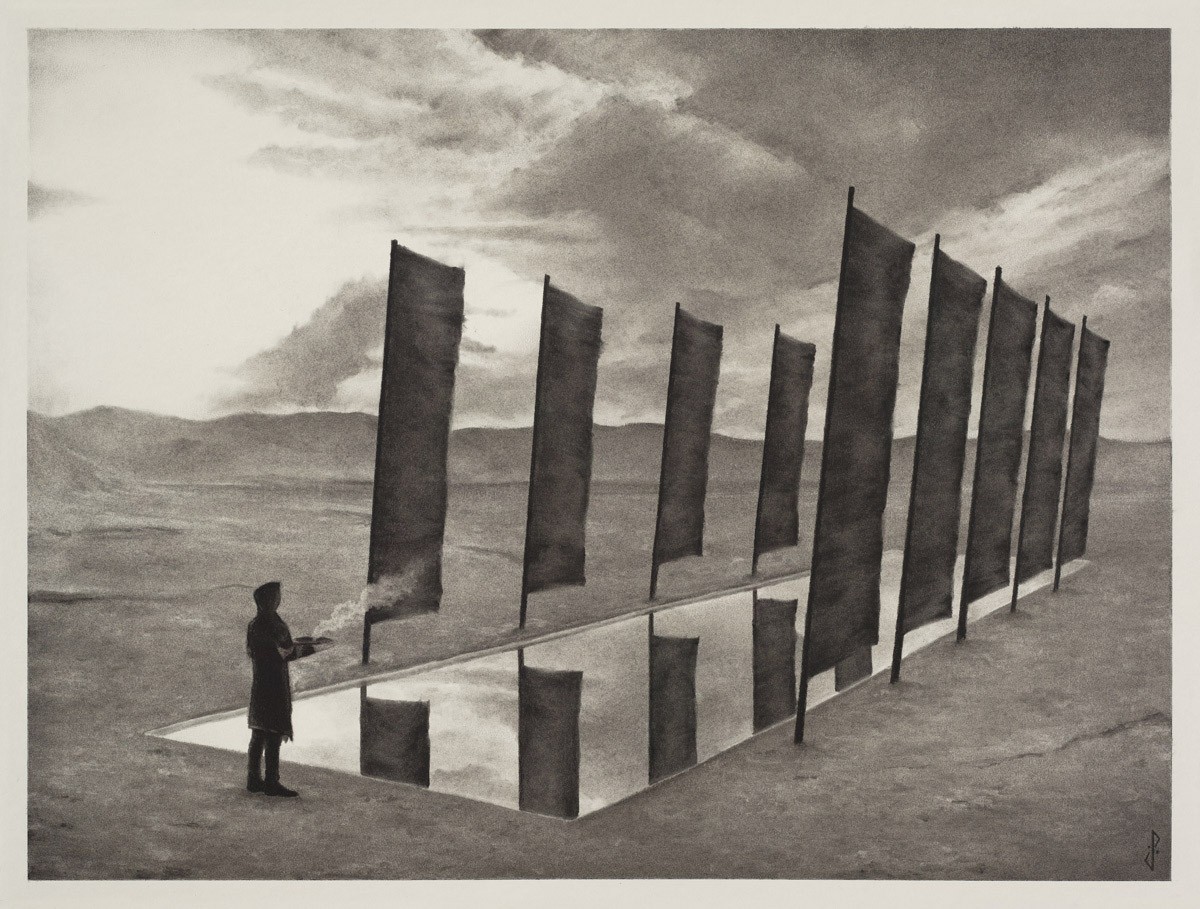 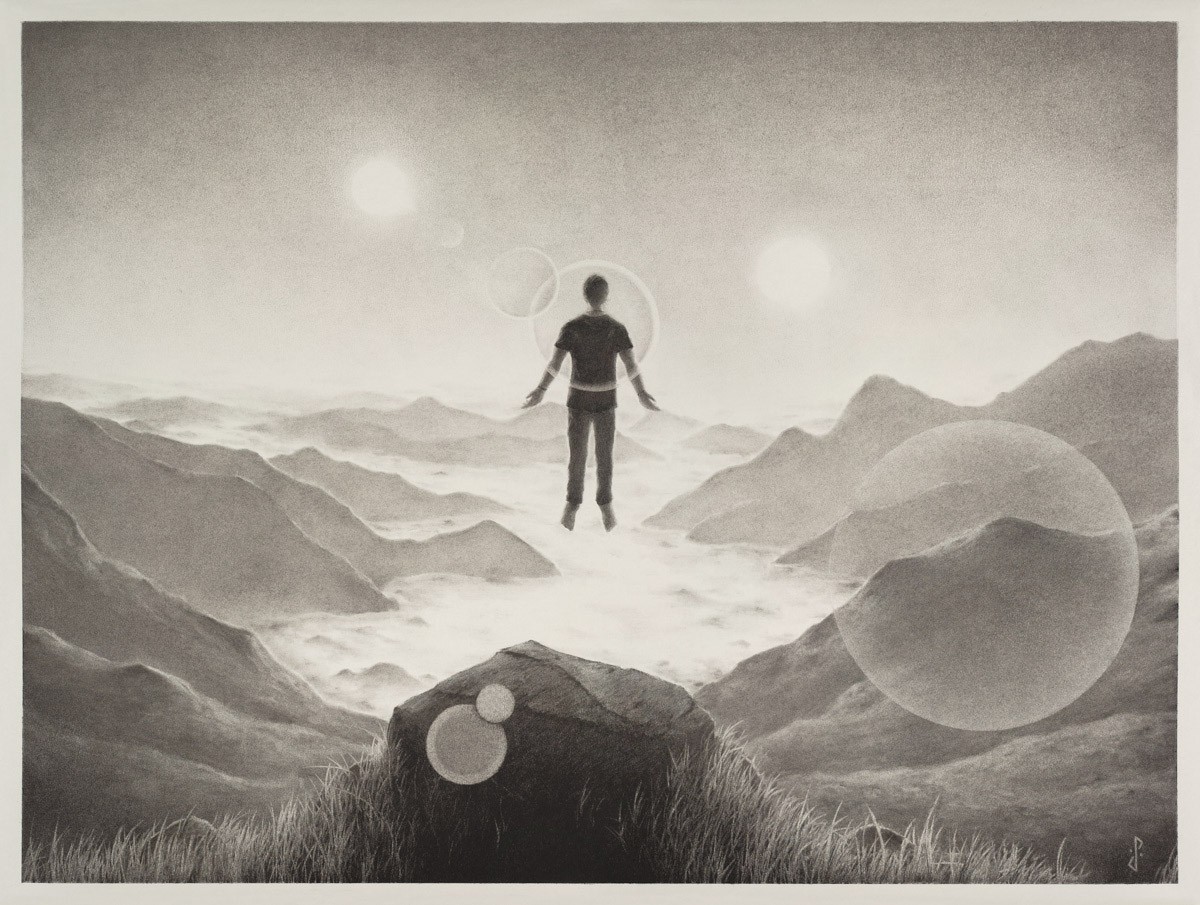 More of Stuart’s artwork, written accounts of his experiences with ayahuasca, and video of him further discussing his work can be found at his website  www.stuarthollandart.com and on Instagram @_grave_witness_ .