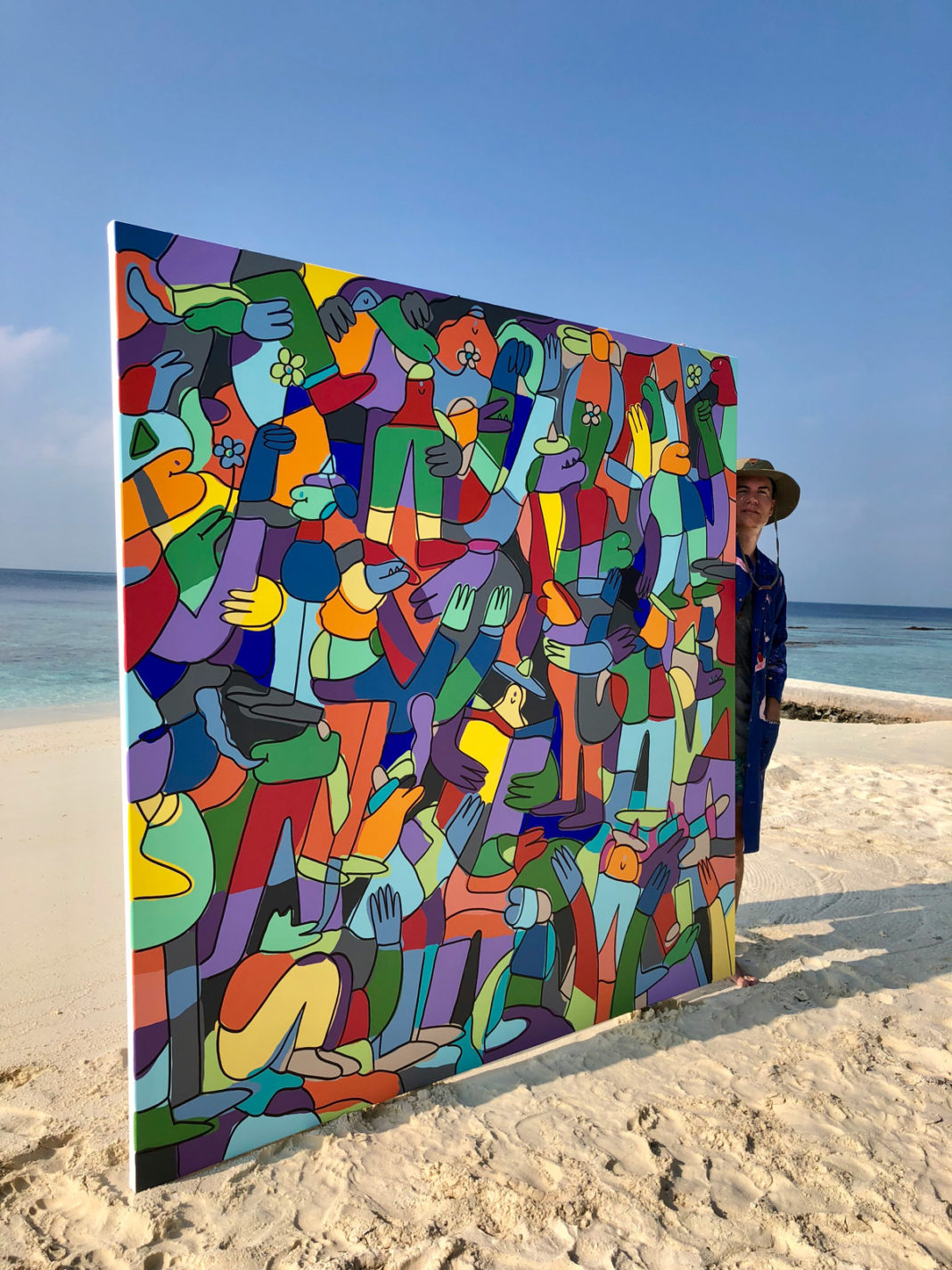 French artist Lucas Beaufort spent February and March traveling across Bangkok, Koh Samui, Melbourne and Maldives, painting and sharing his colorful vision of the world. “Fleur” is an ode to love and friendship.

Born in Cannes in 1981, Lucas Beaufort is a French visionary artist-painter living in a world surrounded by imaginary characters — kind but mischievous monsters, who help him build a positive image on the world and guide his choices every day. His specialty is using acrylic paint on various bases: canvas, photos, trees, walls, guitars, shoes, cars, bodies and absolutely everything he can find, with no limit. If the paint sticks, then it is a canvas. 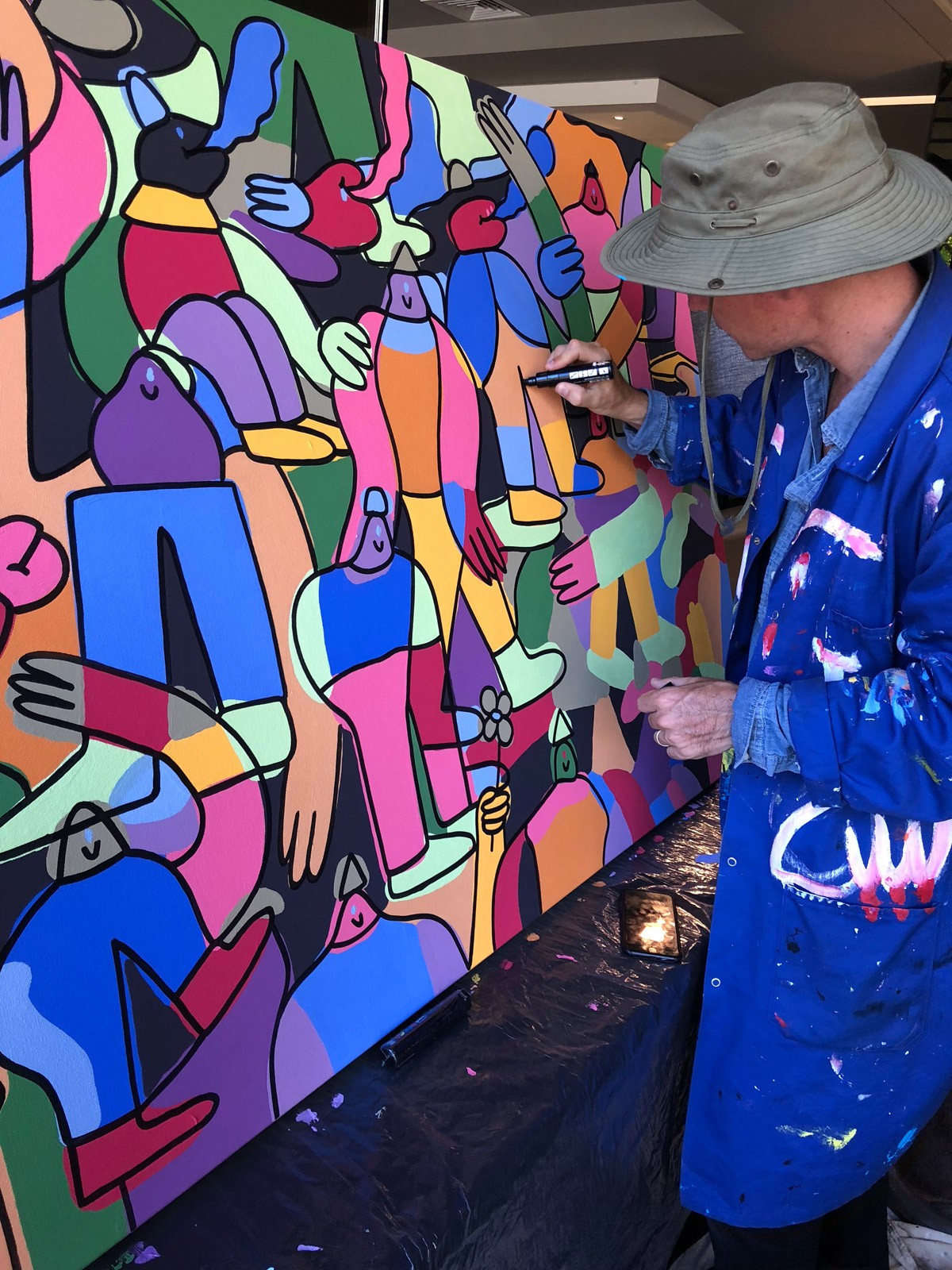 With a continuous dedication in the skate and snowboarding media he combines his passions. Iconic, Eccentric and alternative, his art has been mainly focused drawings and photography. The concept: Paint a wall, take a picture of it while a skateboarder flies over it, make an exhibition with the photographs! Art-corish… 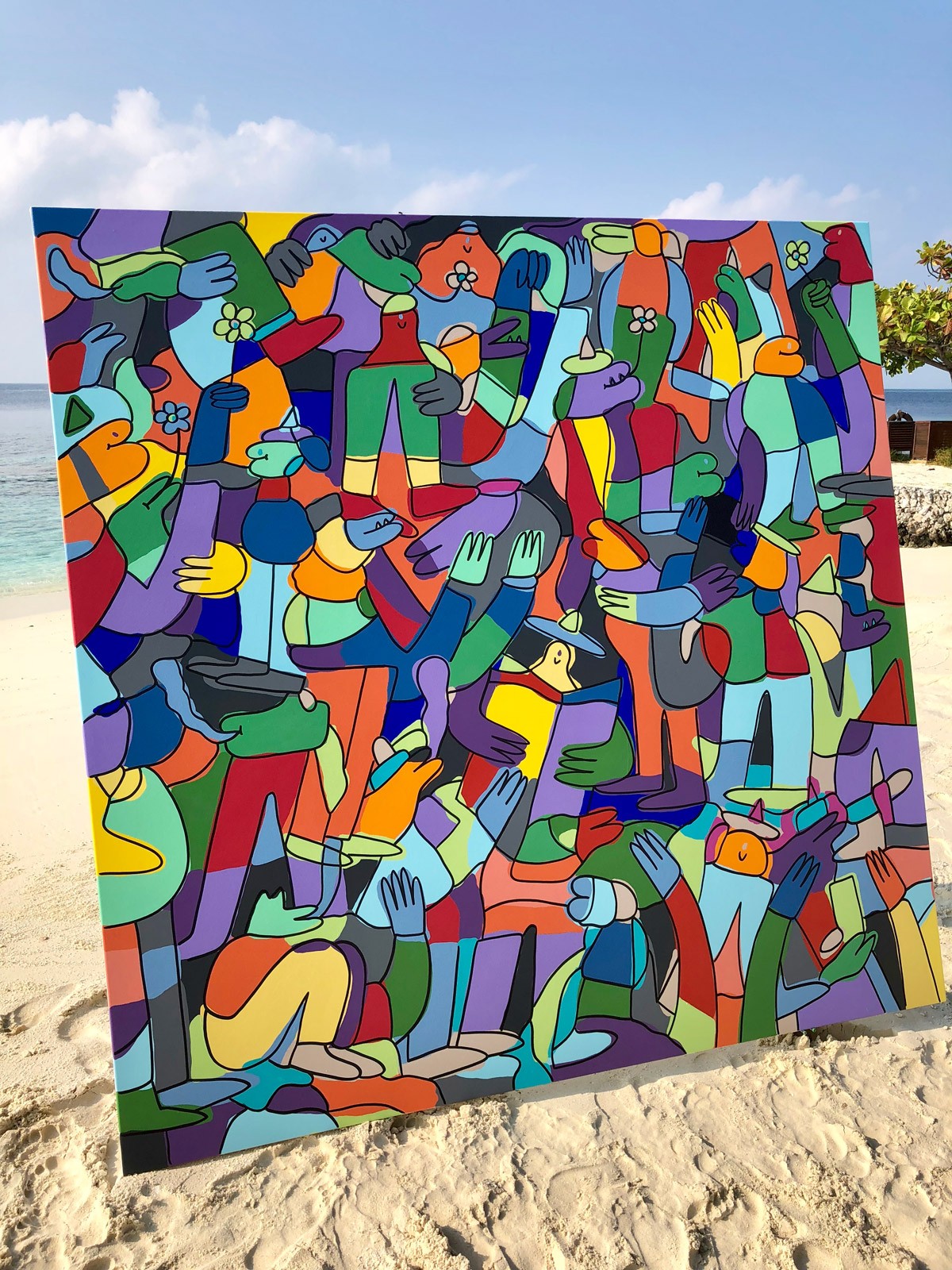 His collaborative short film with the blog Co&Jo shows the attention to detail that goes into the making of a surfboard and the care it needs. The retro feel of the whole video, with its onus on DIY boardmaking, is accentuated by a gentle soundtrack that compliments the feel perfectly. The film was shot in Anglet, south-west France, which has a huge scene and hosts its own annual Surf Film Festival which is now in its 12th year. 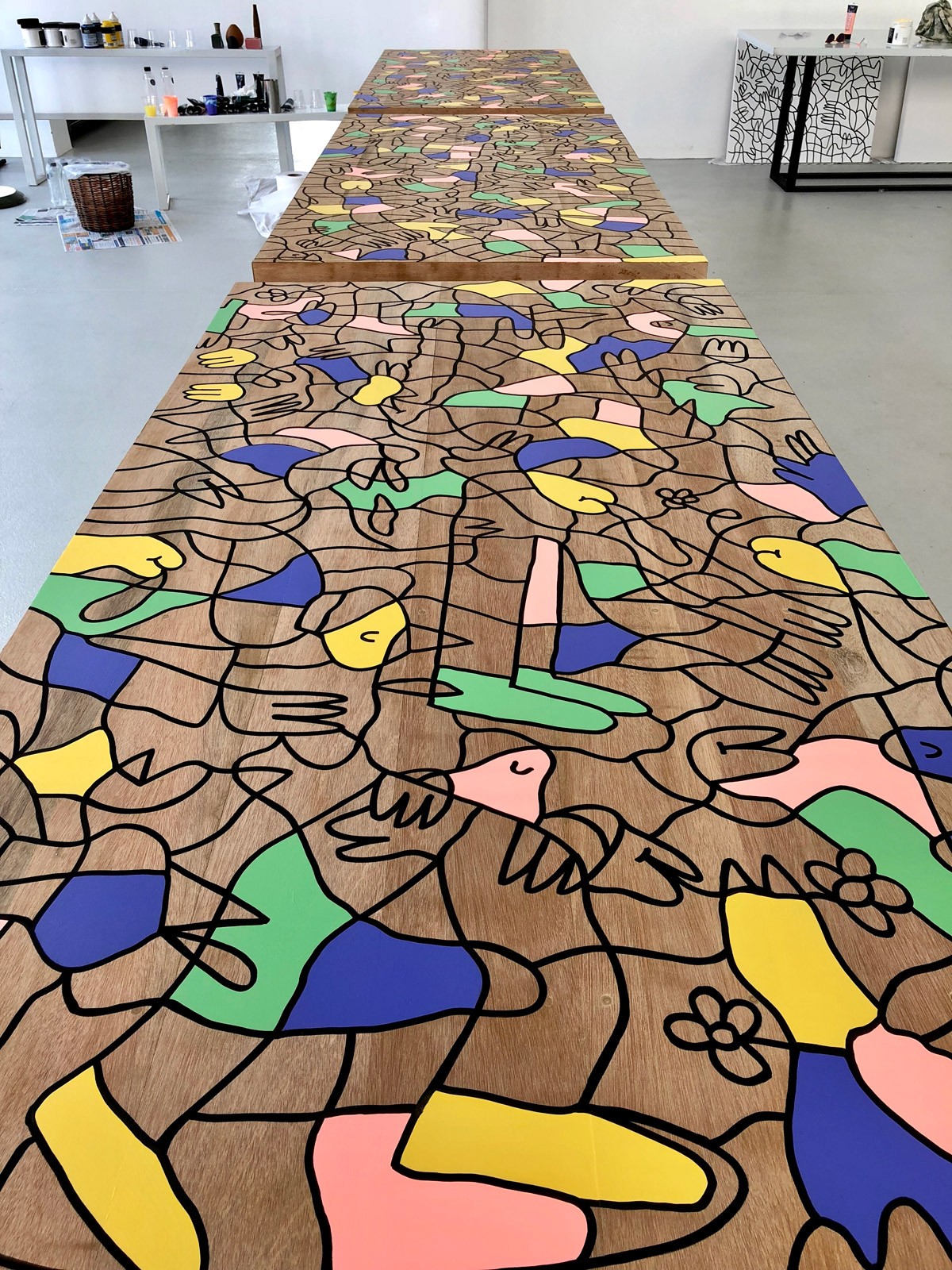 Beaufort said he got a late start to the art scene. He started painting at 26, but it only took him one year to get his own show. He said art has had a beneficial effect for him. The friendly characters in the scenes he paints, he said, used to be in his nightmares. 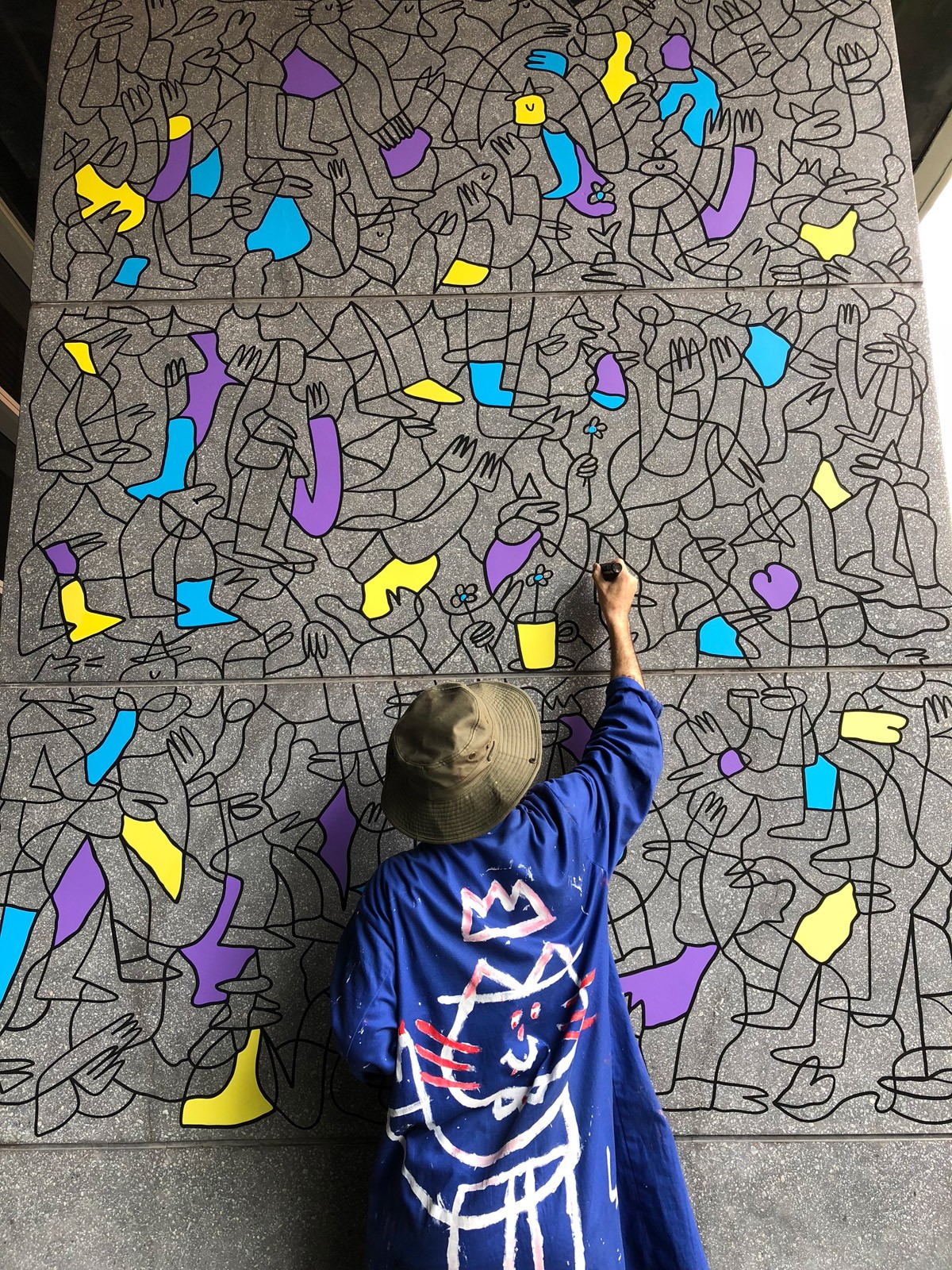 “The day I started to paint they were gone, from my head to the real life,” he said. “It’s kind of a therapy. All of my characters, they are here to spread love. They are here to show the people that we are all different, but it’s cool. It’s what we love.”