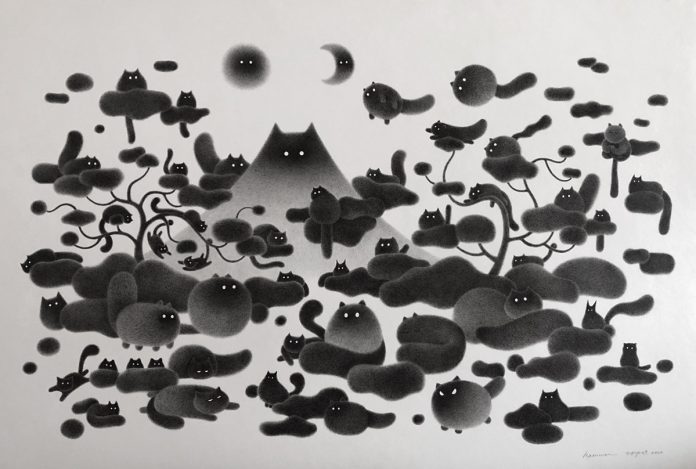 According to ancient superstitions, a horde of black cats certainly indicates an impending disaster, but for Kamwei Fong a mass of fluffy creatures is actually a fluffy utopia. Containing cats in different emotional and physical states – sleepy, irritated, and deep in their sleep – Wonderfurryland characterizes a diverse population of kittens defined by their cat bodies, splattered limbs, and chubby tails. Even cat ink figures such as the moon, sun and mountain can be incorporated into the black and white landscape.

Having had an idea of the finely drawn illustration for many years, a Malaysian artist tells us that it took him over a month to describe in detail the correct density for each animal. “Despite the long hours of effort and exhaust(ing) tons of micro-pigments ink pens, Kamwei finds the working process therapeutic and enjoyable, to see every bit of his creations being added day by day to complete the whole painting,” said the project statement. 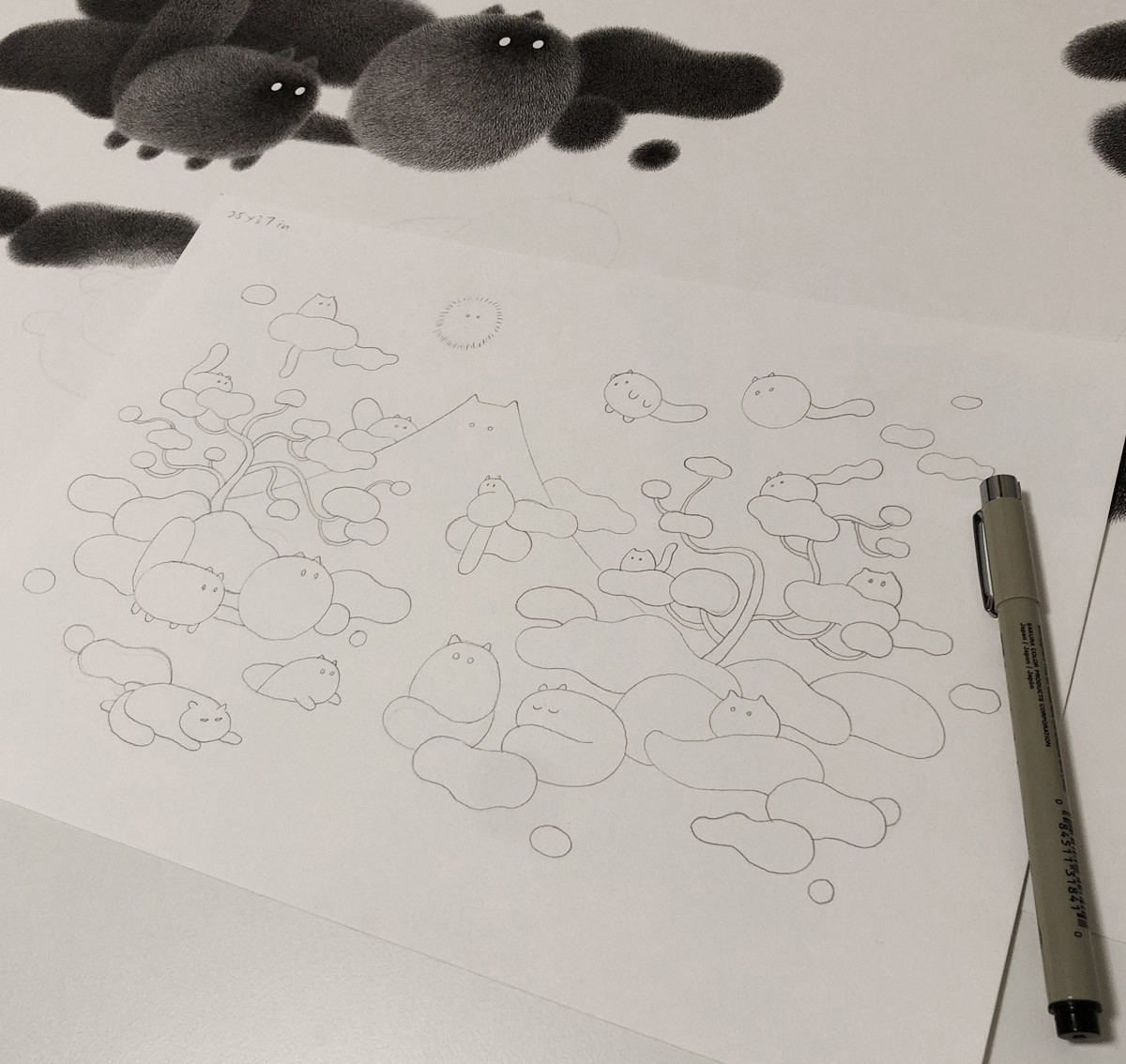 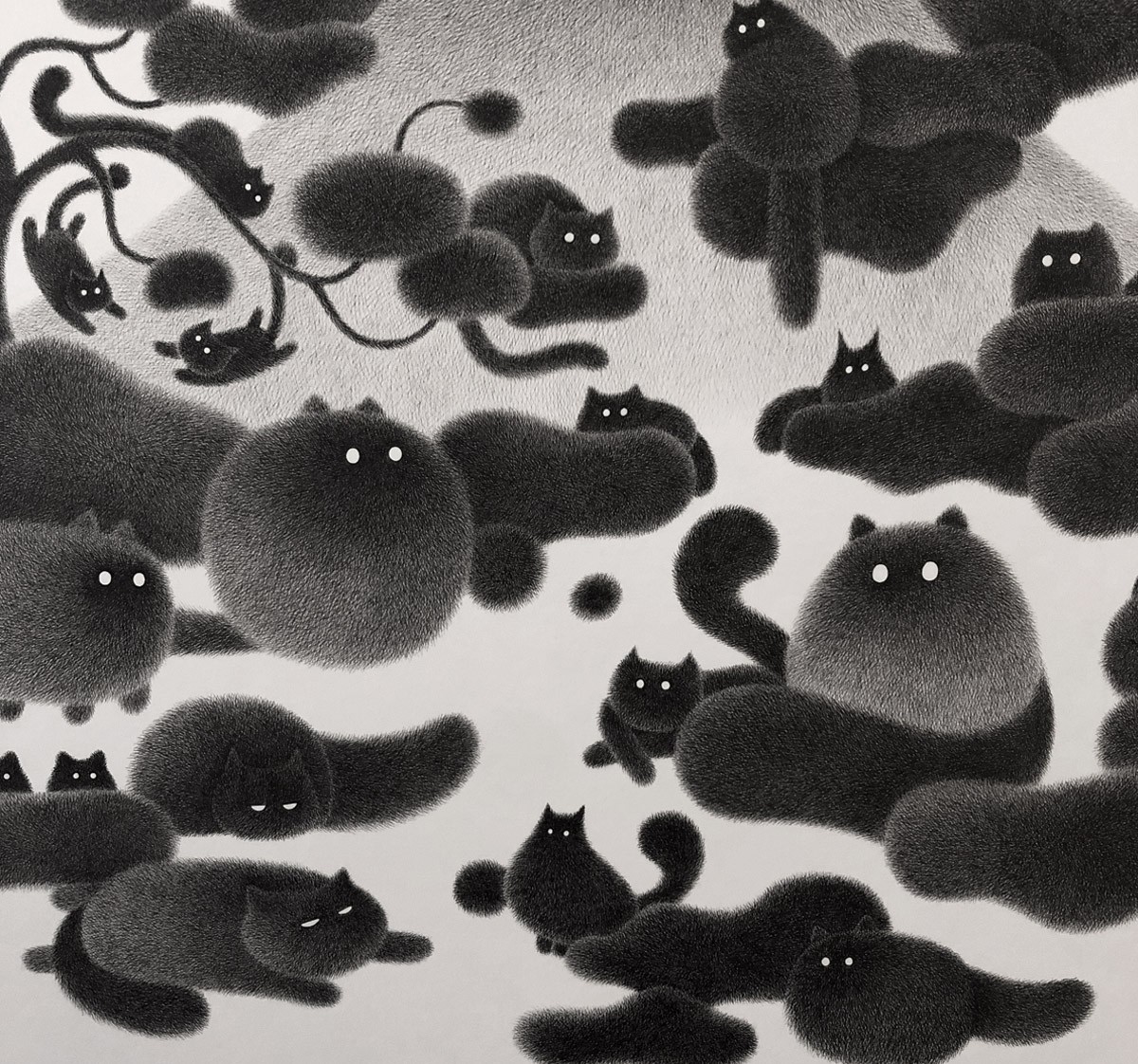 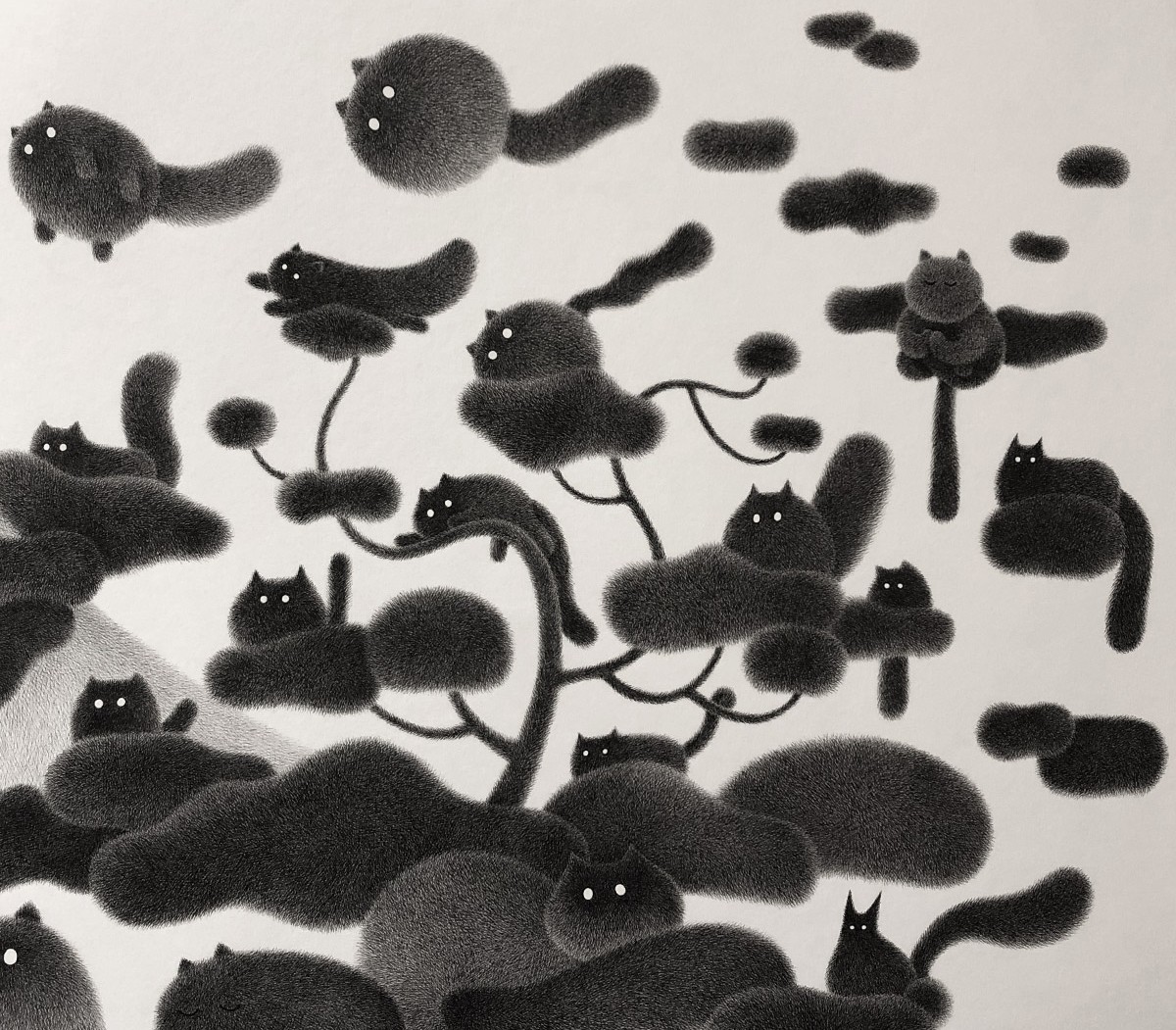 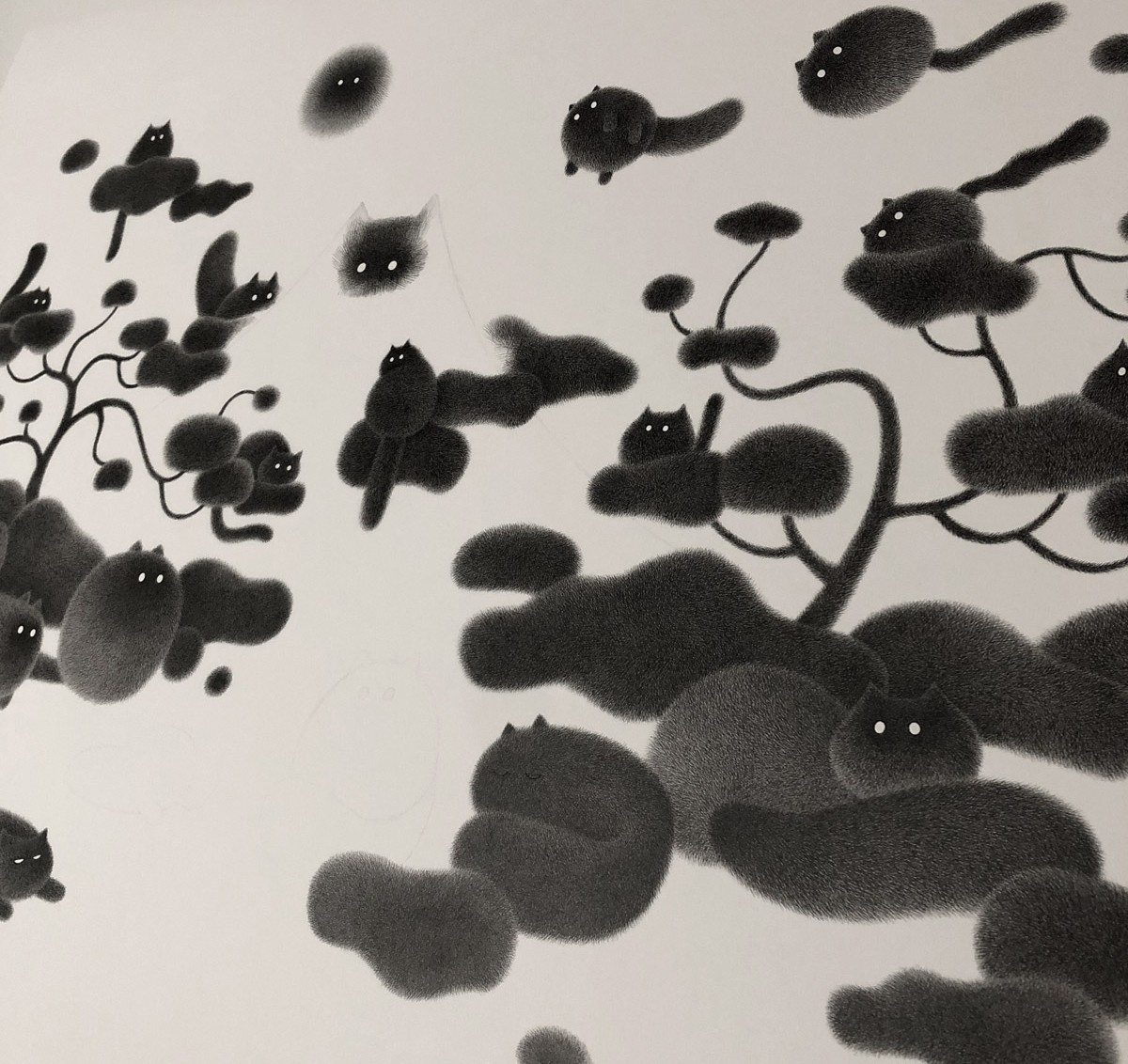 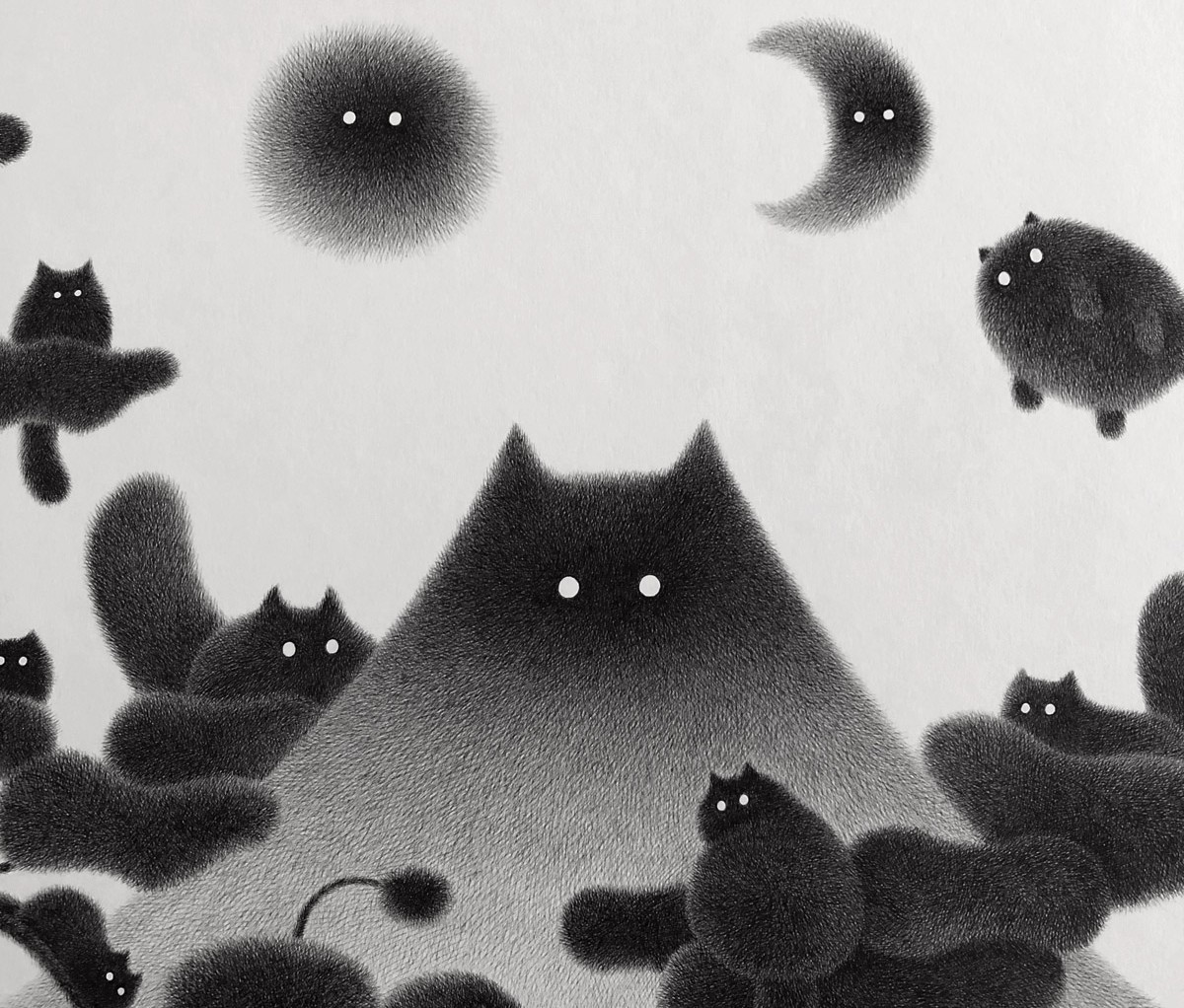