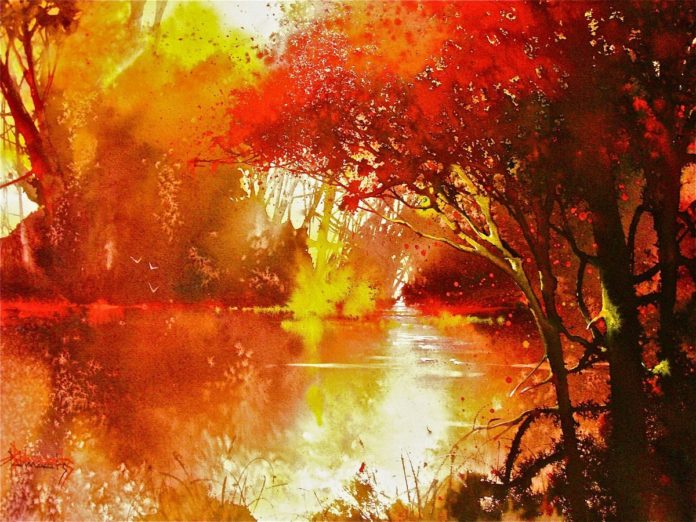 One of the oldest and whimsical pictorial techniques is watercolor. It attracts many contemporary artists. Belgian artist Roland Palmaerts specializes mainly on what draws the autumn landscapes of Canada. In his performance, the streets and natural expanses acquire a truly magical appearance.

Judging by the information on the Internet, Roland Palmaertes is the continuer of the creative dynasty. His father and grandfather were artists. Not surprisingly, since birth, surrounded by art, Roman went in the footsteps of his ancestors and picked up a brush at a very young age. Already in his early childhood, he took over the technique of working with the paint from his parents. In addition to watercolors, the artist also owns the art of handling acrylic and oil. Already at the age of six Roland Palmaertz won the main prize of the Tintin children’s drawing competition, and during his studies in Brussels at the Royal Academy of Arts received the first prize for watercolor painting. To date, the artist has accounted for more than a hundred solo exhibitions in Europe, Canada, and America.