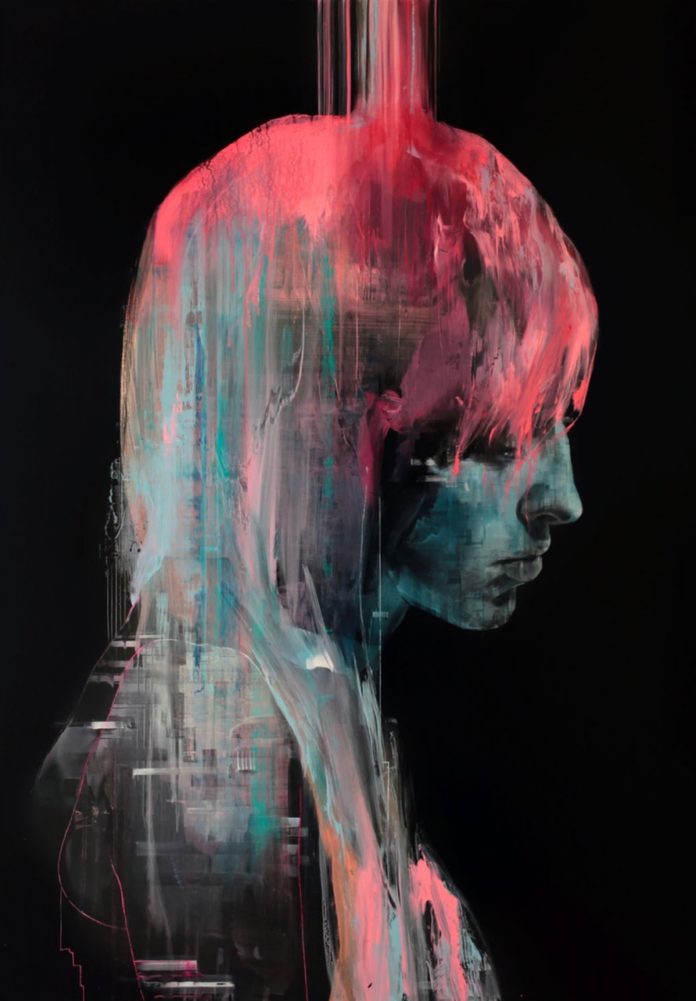 Ian Francis is a British mixed-media artist, whose paintings, inspired by the visual style of modern computer games, often depict violent, urban scenes. Born in 1979, Ian Francis was raised in the west of England, in the city of Bristol. His desires and aspirations were always aimed towards art and creativity, since his early childhood years. Nevertheless, Ian never really got on with art as an academic subject – art teachers were always giving him a B grade for his work. After finishing high school, Francis enrolled into the University of the West of England, with a goal to get a degree in fine arts. 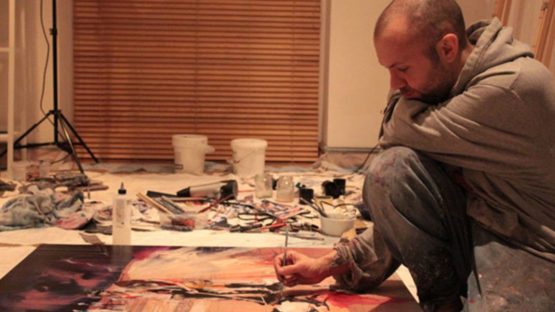 Intricate in form and highly detailed, Ian Francis’ art is a mixture of abstraction and figuration, composed from the elements of both painting and drawing. Multi-layered and highly contrasted, Ian Francis’ paintings generate a feeling of a seemingly multi-dimensional platform, with blackness and empty space surrounding the portrayed scenes and characters. As a mixed media artist, the artist uses a range of mediums – from acrylic and oil to charcoal and ink – to create his distinctly contemporary works. Although he predominantly uses oil on canvas, Ian Francis favors the catch-all nature of mixed media as a description for this process. Ian also indicated that he might start using computers or photo transfer in the future. Apart from the unique visual style, one more thing makes Ian Francis’ art to stand out from others – the artist is noted for his use of gels to create a high contrast flat finish that imitates the effect of a high definition monitor, or glossy paper used for magazines. 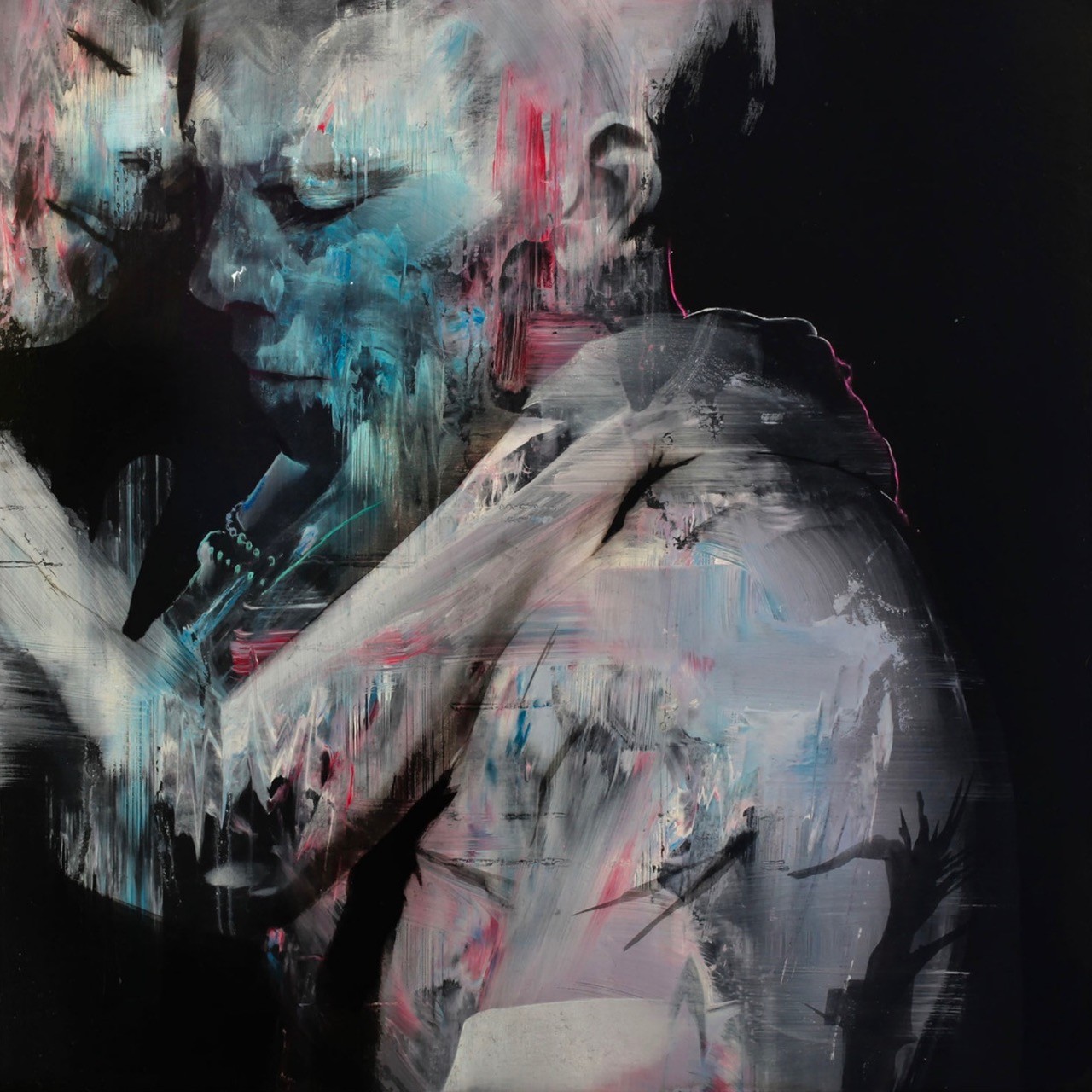 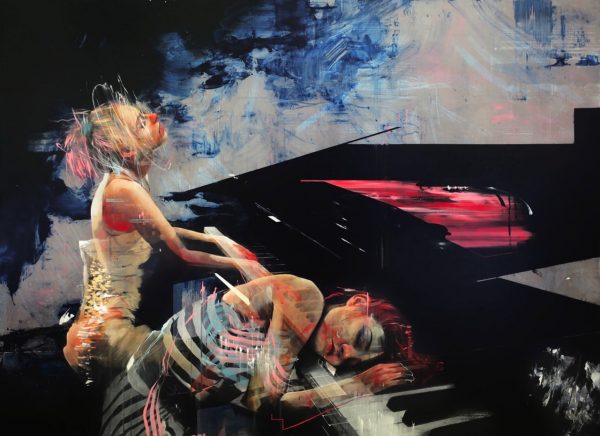 Francis explains – “It’s been ten years since my first solo show, which was here in Los Angeles. I’ve always loved technology and been fascinated by our relationship with it, but I’d have found it hard to predict the extent to which it would come to dominate our relationships with each other, our own self-image and our perception of reality in the last ten years. Looking back on my work, the focus has slowly shifted from media images of celebrities to the curated images people create and maintain of themselves. I’m interested in the fragility of the construction of these images, the way they relate to each other, and their broader relationship with a pervasive feeling of a world falling apart. I’m amazed by the way people have transitioned from watching a world through screens to being creators and participants of it, and the way they have become inextricably enmeshed within its structures and artifices.” 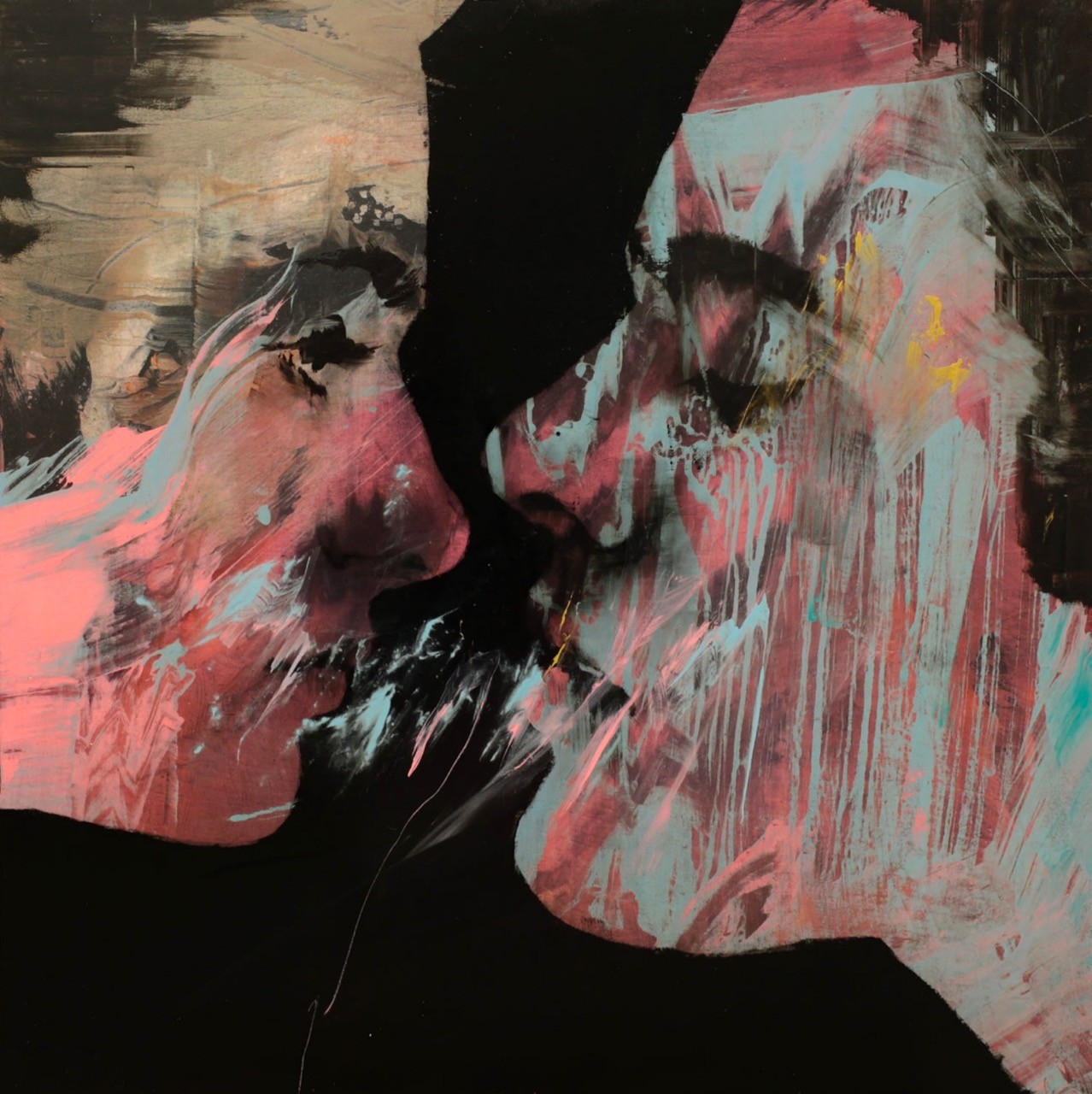 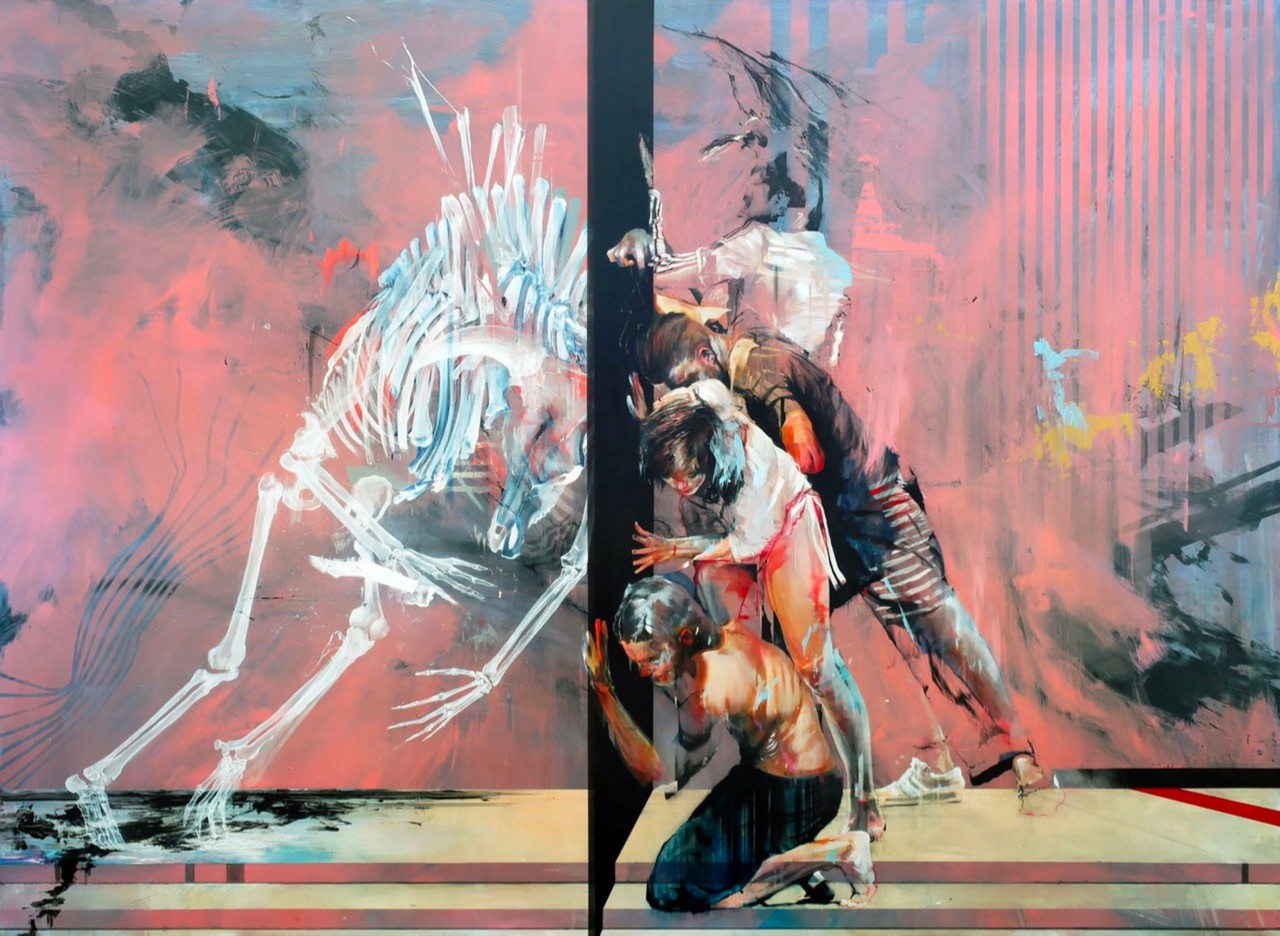 The Bristol-based artist returns with a series of rich mixed-media works that once again walks the line between photorealistic and abstract, his ghostly figurative elements mixed in with evocative looser elements.

British Museum Would be ‘Honoured’ to Display Bayeux Tapestry