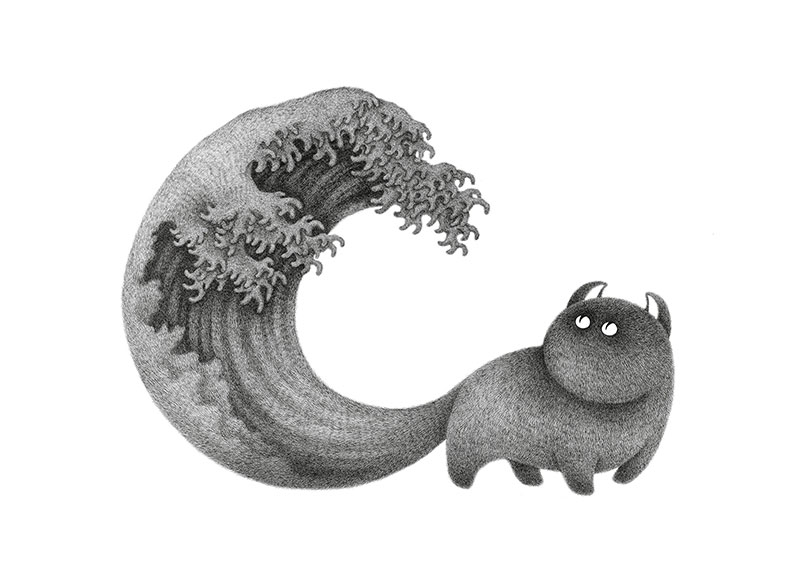 Intricate ink drawings of cats by Malaysian Artist Kamwei Fong. The series entitled The Furry Thing uses a painstaking shading technique to create the tiny furs. Each line varies in size and density and usually takes Fong a few days to a few weeks to finish an illustration, depending on the size of the paper. 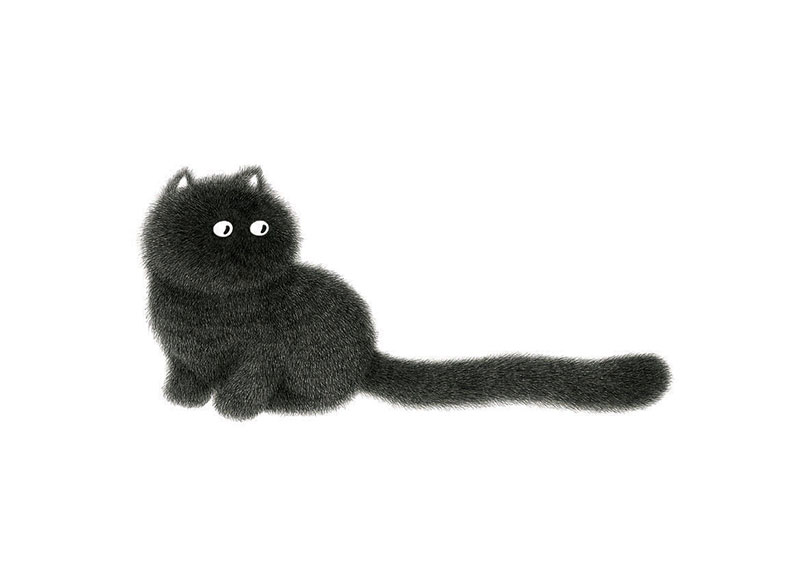 Kamwei founded Bo & Friends. in 2010, as a creative platform for his art projects and collaborations. Since then, he has collaborated with a wide range of local businesses, as well as companies from the UK, France, Germany and the US. His artwork is often described as poetic, imaginative, playful and dream-like. Through the minimalist and peace-evoking character of Bo the goldfish, Kamwei’s project aims to encourage and uplift people to become more optimistic about life. Bo only remembers the good things in life, like family, friends, nice weather and good times. It’s a good companion, positive reminder for people. 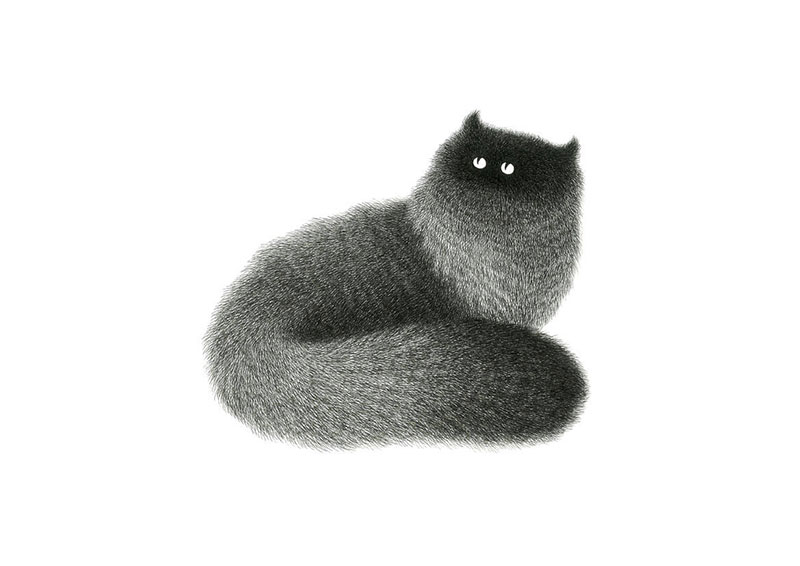 A collection of adorable fluffy black cat ink drawings. The artist lives by the motto, “Be Happy. Be Childlike. Be Ridiculous.” This philosophy is illustrated throughout his growing portfolio of animal-themed artwork, where each character is depicted as playful balls of fur. 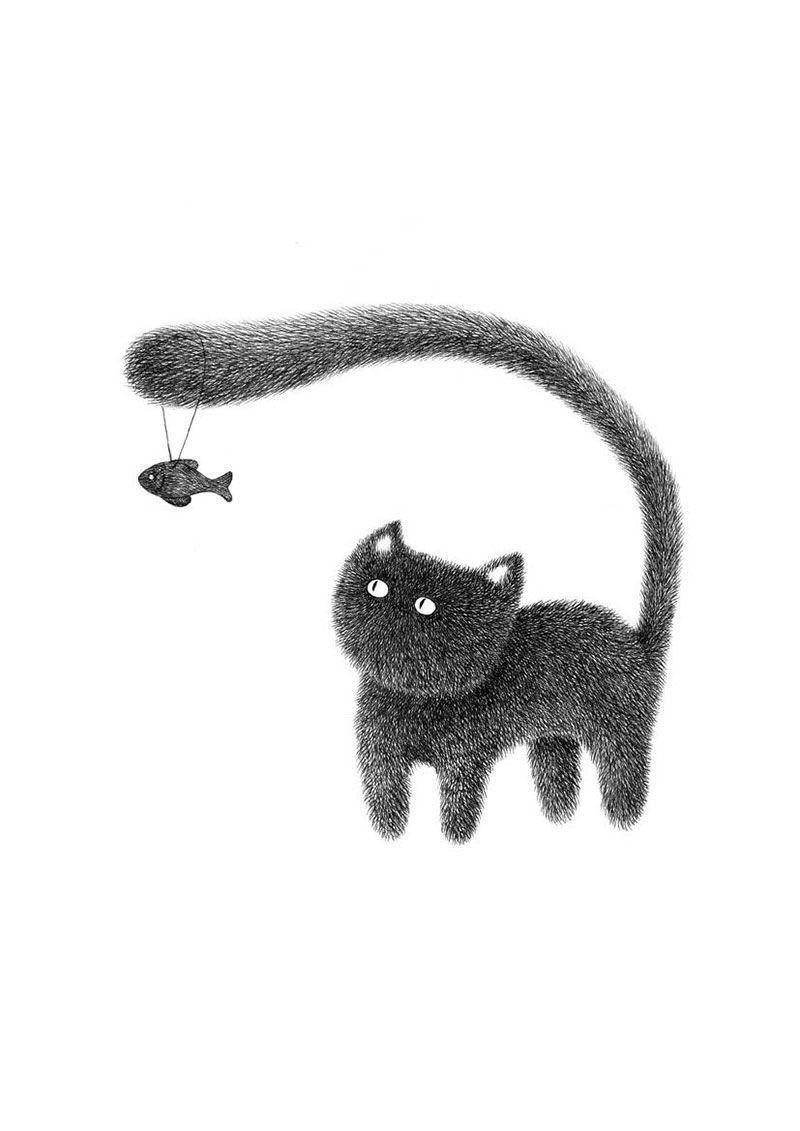 Since then, the artist has developed his own distinct style, rendering each fluffy feline with a myriad of short, thin lines in various densities. Other than being adorable, round bodies of fur, Fong’s cat illustrations are full of personality. Without mouths, each character’s emotions are conveyed with expressive, bright eyes, alert ears, and bushy tails that often seem to have a life of their own. In one piece, a cat’s tail appears to have taken the shape of Hokusai’s The Great Wave. In another, a cat looks up in bewilderment at it’s huge poodle-like tail. 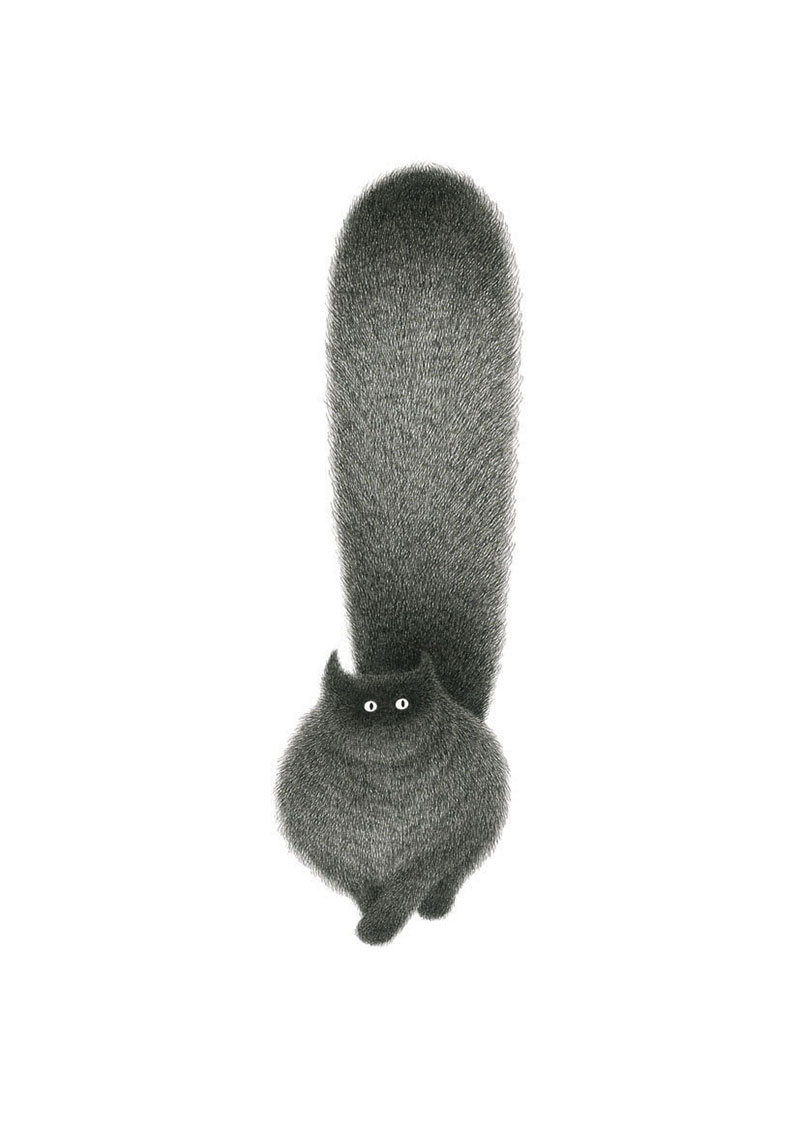 Fong also illustrates other animals such as monkeys, foxes, rabbits, etc. using the same technique and publishes the results on his Instagram page.