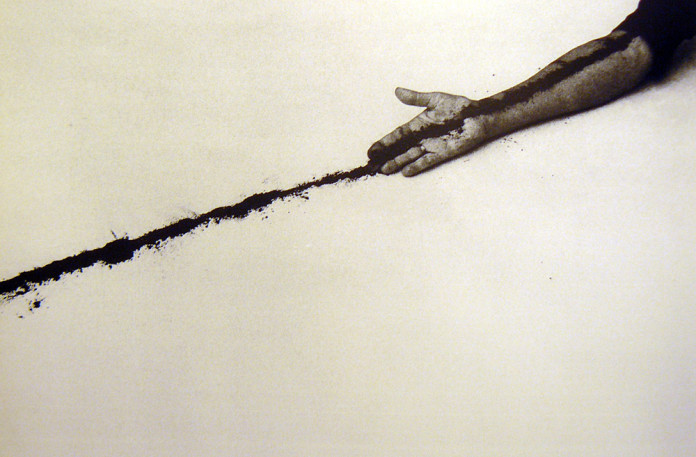 Helena Almeida is a Portuguese multi-disciplinary artist best known for her performances regarding the body and its relationship to painting. Associated with the Body Art movement, Almeida’s performances confront the portrayal of women in art history, such as in her series For Study for Inner Improvement(1977). In a sequence of black-and-white photographs, the artist appears to eatYves Klein blue paint. In another series, she cuts a canvas and tries to squeeze herself through it, invoking the slashed paintings of Lucio Fontana. “I was impressed by the obscure side of the slash, the mystery of what is beyond the canvas,” she explained. “But unlike Fontana, I wanted to do something that would detach from the painting. Instead of showing the reverse of the canvas, I went out of the canvas.” Born 1934 in Lisbon, Portugal, the daughter of sculptor Leopoldo de Almeida, she went on to study painting at the School of Fine Arts in Lisbon and graduate in 1955. Almeida has represented Portugal in the 1982 and 2005 Venice Biennales, and her works are in the collections of the Tate Modern in London, The Museum of Modern Art in New York, and the Museu d’Art Contemporani de Barcelona, among others. She lives and works in Lisbon, Portugal.