Reinventing his favorite eras in Art History, mostly Renaissance, through the mediums and techniques that were not yet discovered or utilized at the time, Jason Seife bases his approach on merging tightly rendered images with thick layers of color that create distinctive texture. 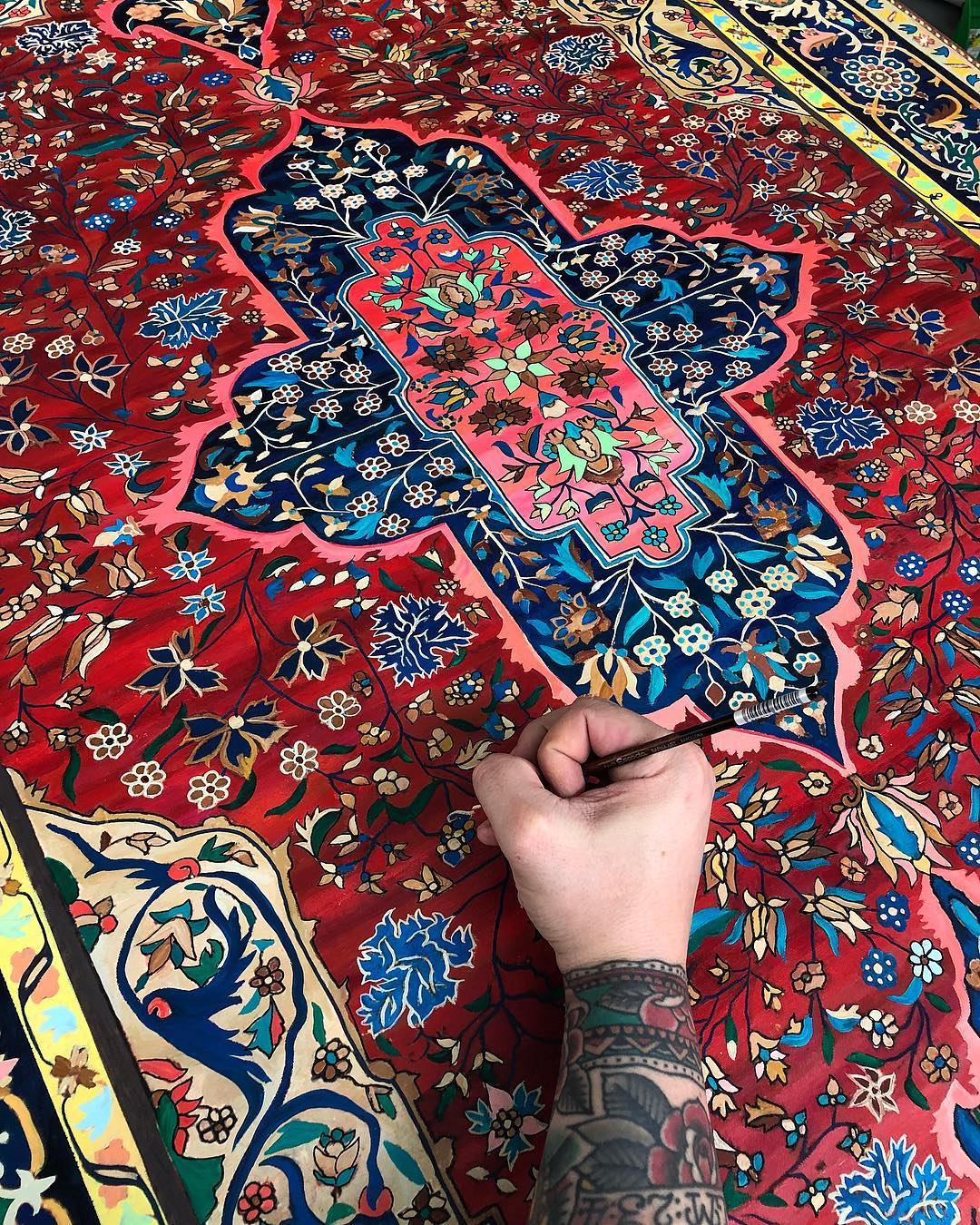 Often revealing what is under the painting by peeling of the surface, he strives to present not only the finished product but also the process in which a painting comes to life. Following the belief that everything in the world has more to offer than what is shown at the first glance, Seife always aims to expose the hidden essence. His newest body of work shows the complete change of interest toward the geometrical pattern of old Persian carpets. Born in 1989, his love for art began at a very young age. It wasn’t until 2009 that he realized how much he had missed creative expression, and decided to pursue his passion. One of many interesting facts is that Seife was diagnosed as color-blind when he was 8 or 9 years old. So, sometimes in some of his paintings what he sees as a dark green or subtle blue is actually a bright teal to most of the people. When asked about this, he replies: “Who knows, maybe I’m right and the rest of the world is wrong.” As the artist himself says, he likes to expose the contrasts of Realism and Impressionism by merging tightly rendered images with impasto strokes and textures. Sometimes he even exposes the under-painting through the peeling of layers in his artwork, showing not only a “Finished Product” but the process in which an artwork comes to life. Highly influenced by the Renaissance era, he simply loves reinventing old works in new mediums and color palettes that were not available or commonly used during that time. The art magazine Modern Painters dubbed the movement as the shock of the old. With the background in graphic design, he is prone to play with symmetry and geometric shapes that bring modernity into the classical styles. 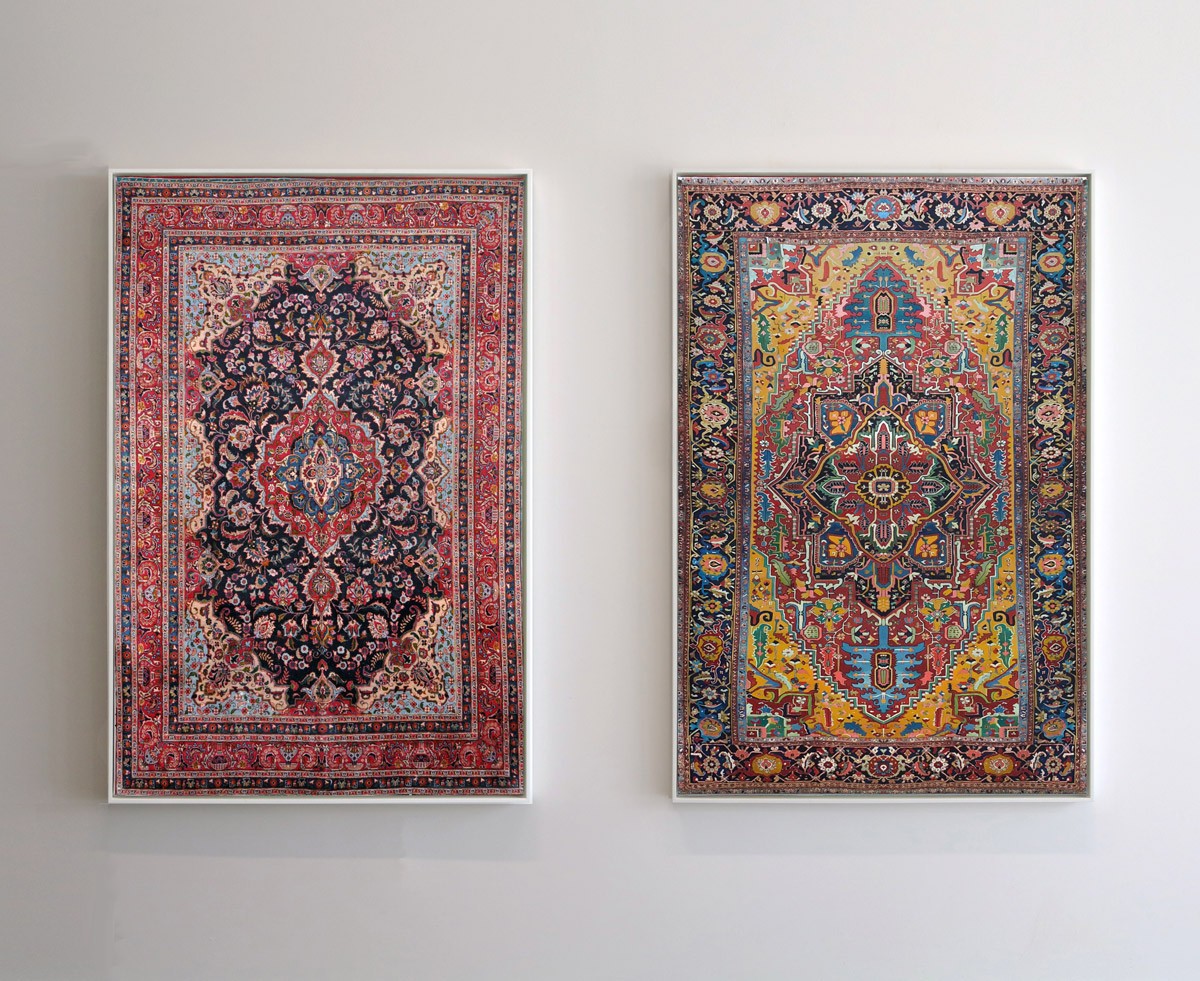 In his newest series of paintings, Seife has completely changed his thematic direction, choosing the pattern of traditional Persian carpets that he transfers on the canvas with acrylic and ink introducing colors and tones not normally associated with heavy textiles. Deeply touched by the history and meaning behind the imagery, the complex artwork of the weavers who were able to link pattern, colors and incorporate specific style depending on geographic area left a great impression on the artist. His creation aims to reflect their practice, but he accepts it as both therapeutic and spiritual process that helps him to direct his obsession with detail. Seife is currently represented by Robert Fontaine Gallery. You can see more of his carpet-based paintings on Instagram.