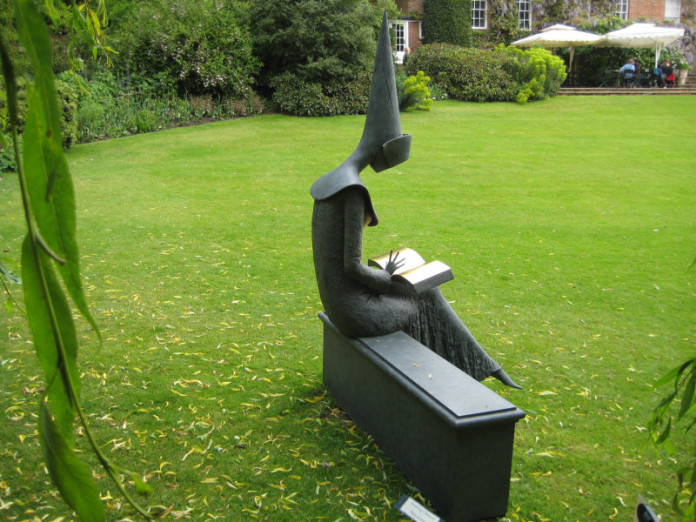 Philip Henry Christopher Jackson CVO DL (born 18 April 1944) is an award-winning Scottish sculptor, noted for his modern style and emphasis on form. Acting as Royal Sculptor to Queen Elizabeth II, his sculptures appear in numerous UK cities, as well as Argentina and Switzerland.

His twice life-size (6 metre tall) bronze statue of Bobby Moore was erected outside the main entrance at the new Wembley Stadium in May 2007, to pay tribute to his effect on the game. Philip Jackson was born in Scotland during the Second World War and now works at the Edward Lawrence Studio in Midhurst, West Sussex and lives nearby. He went to the Farnham School of Art (now the University for the Creative Arts). After leaving school, he was a press photographer for a year and then joined a design company as a sculptor. Half of his time is spent on commissions and the other half on his gallery sculpture. He is well known for his major outdoor pieces, such as the Young Mozart in Chelsea and the Jersey Liberation sculpture. His sources of inspiration have been Epstein, Rodin, Henry Moore, Oscar Nemon and Kenneth Armitage. But the most powerful influences in his life are his wife Jean and son Jamie who work with him. Philip Jackson describes his art in the following words:

Jackson was appointed Commander of the Royal Victorian Order (CVO) in the 2009 Birthday Honours.

On 1 April 2008, Jackson was appointed a deputy lieutenant of West Sussex.