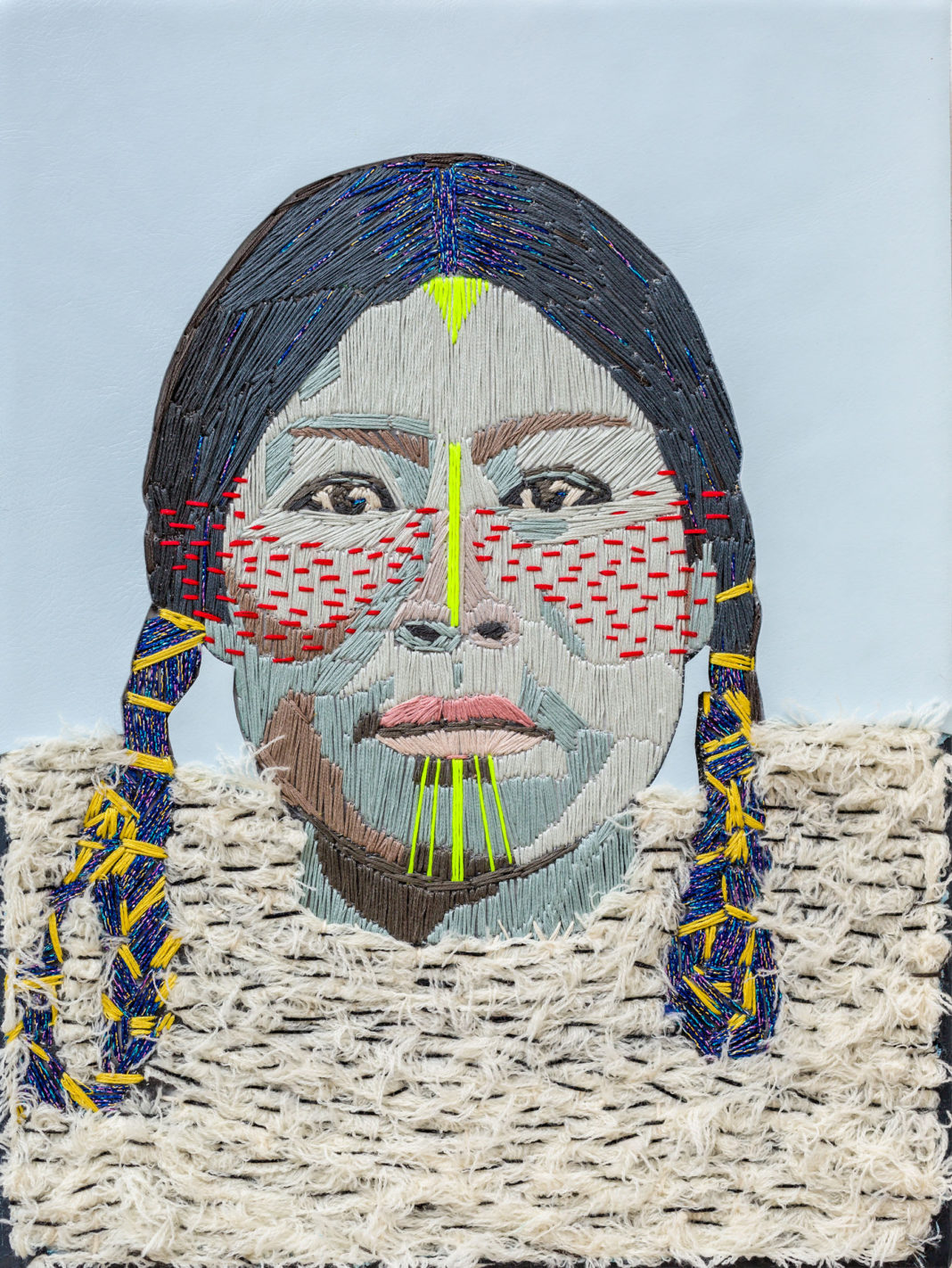 In her series Ma Petite Inuite and Everybody Needs A Hero, artist Preta Wolzak explores the parallel histories of people on the earth’s poles. Her colorful portraits are constructed of leather, embroidery thread, wool, and glow-in-the-dark twine, combined to depict faces of both the first people of the North and 19th century explorers of the South, including Robert Falcon Scott and Ernest Shackleton. 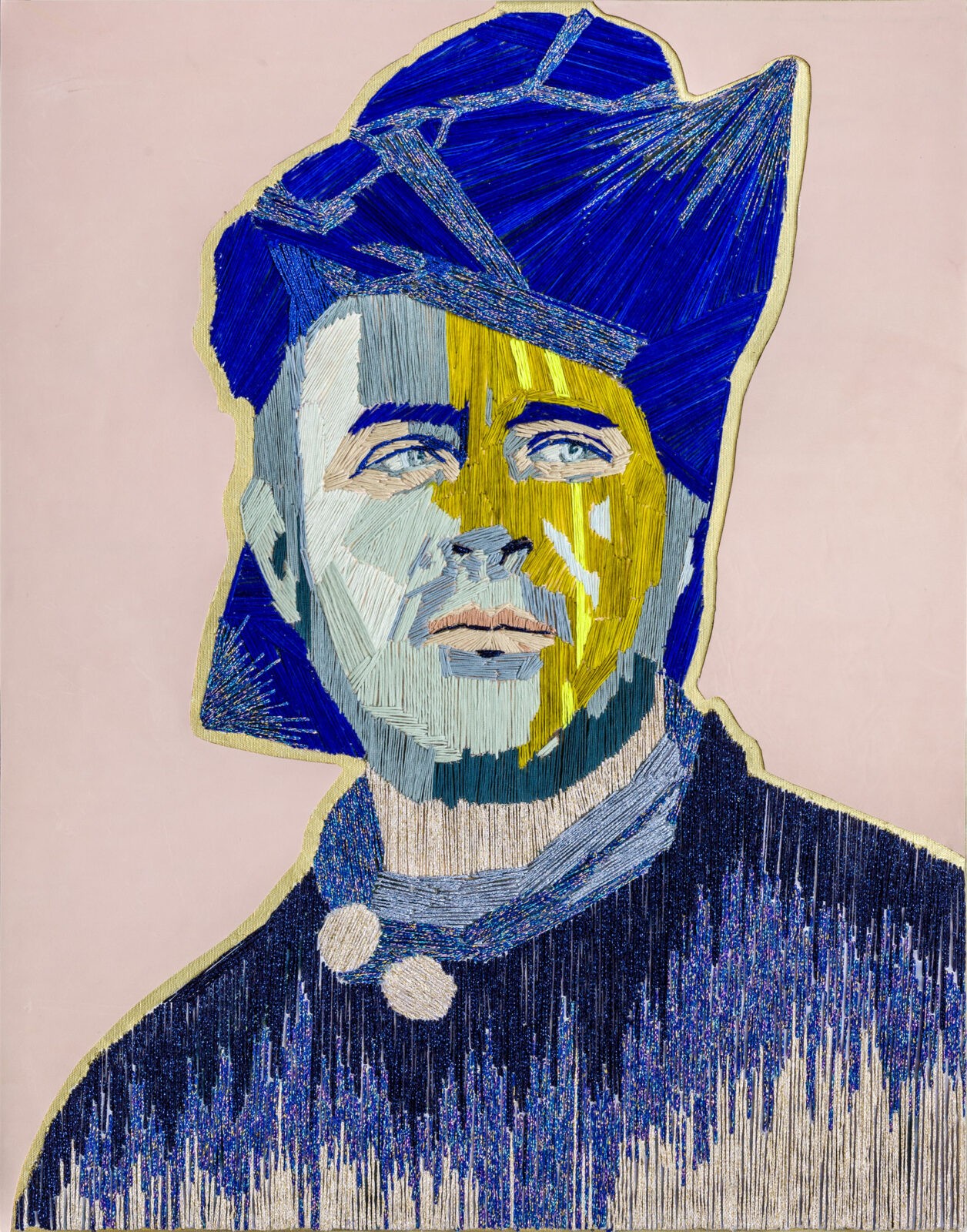 Wolzak shares with Colossal that she uses her artistic practice to draw attention to the impact that tourism, manifest destiny, and climate change has had particularly on both the North and South Poles. Our exploratory interest in these seemingly far-off places has direct impacts on the people who live close to the Arctic and Antarctic. 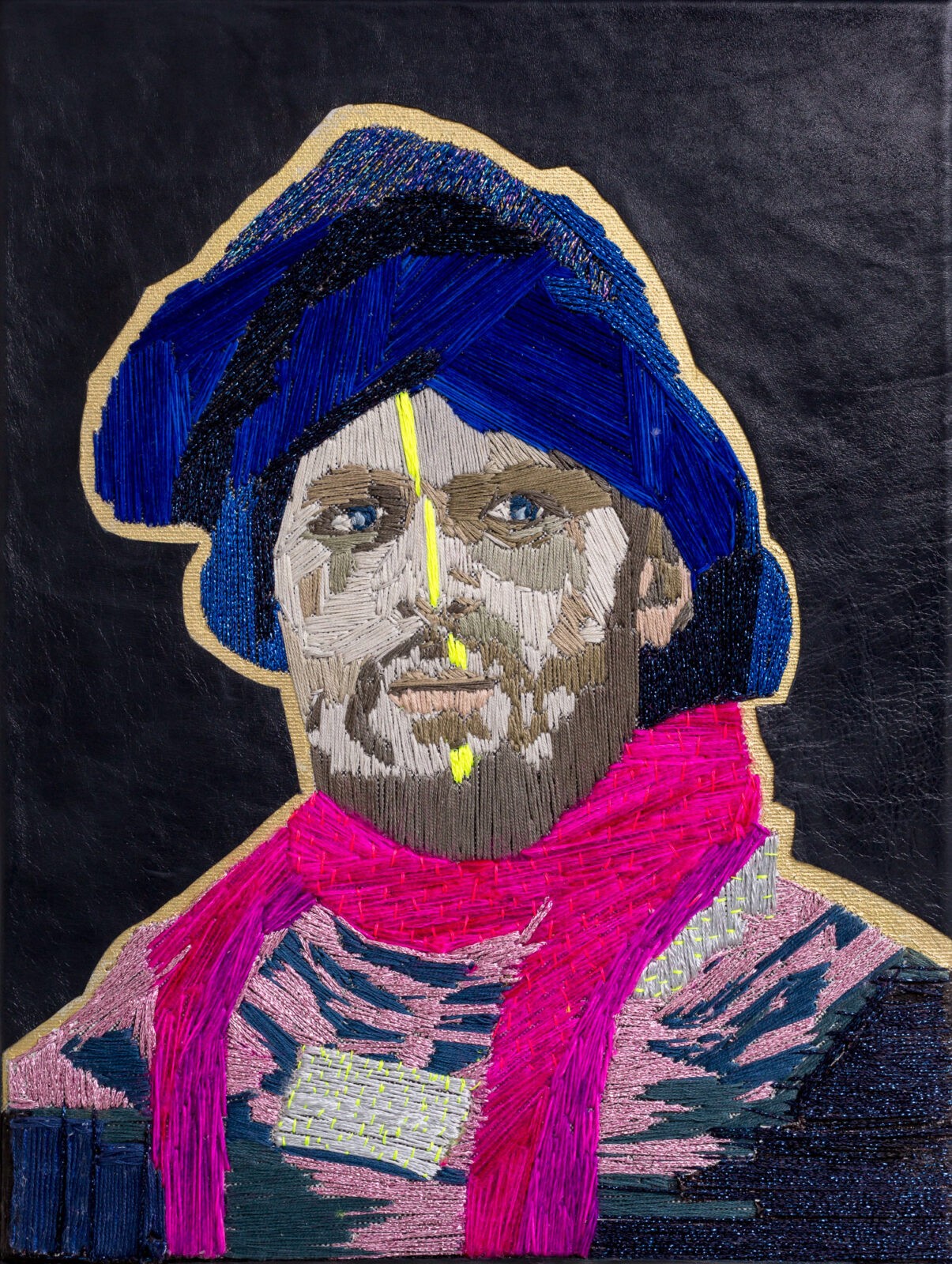 Preta Wolzak studied Monumental Design at the Gerrit Rietveldacademie from 1986-1991. Since then she has worked in commission in applied arts: she made illustrations for book covers, she designed and made furniture, designed exhibitions, designed interiors for private people and companies. Since 2008 she has made jewellery under the name Fortblink, and in 2013 she opened her creative store Old Fort On Dun on Oudeschans in Amsterdam. In recent years, she has exhibited twice at Gemeentemuseum Den Haag and her work has been included in various art fairs such as This Art Fair at the Beurs van Berlage in 2015. 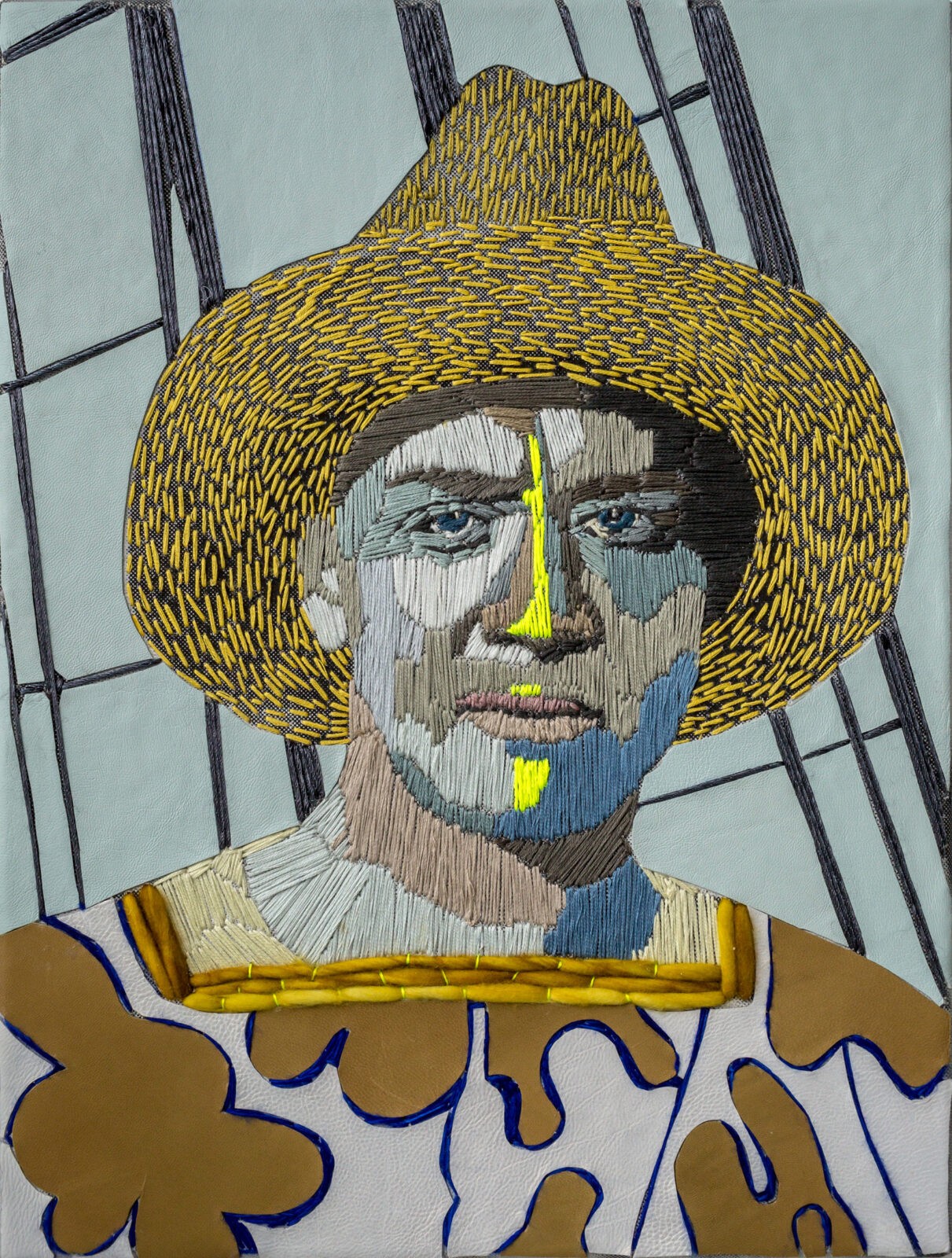 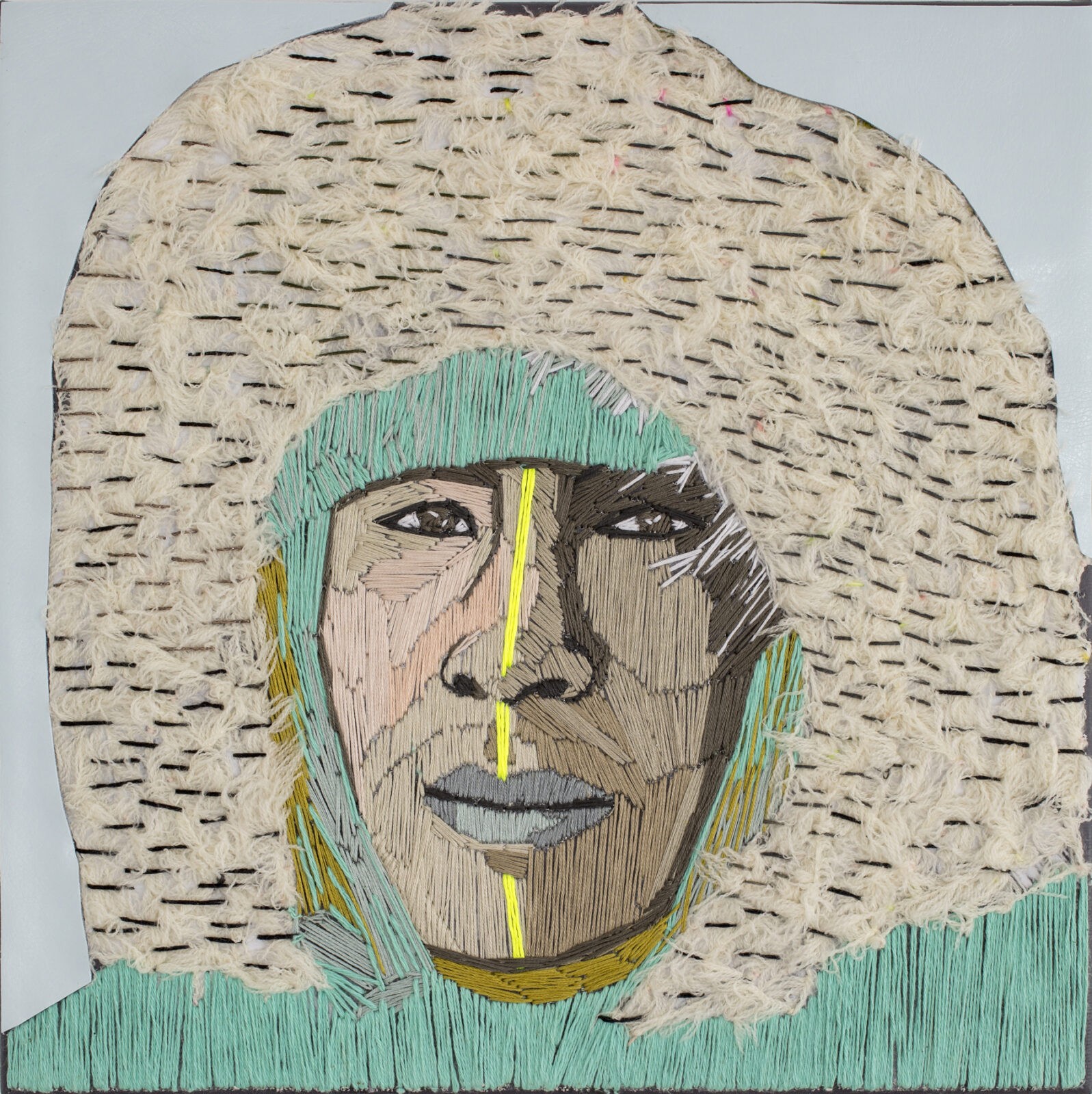 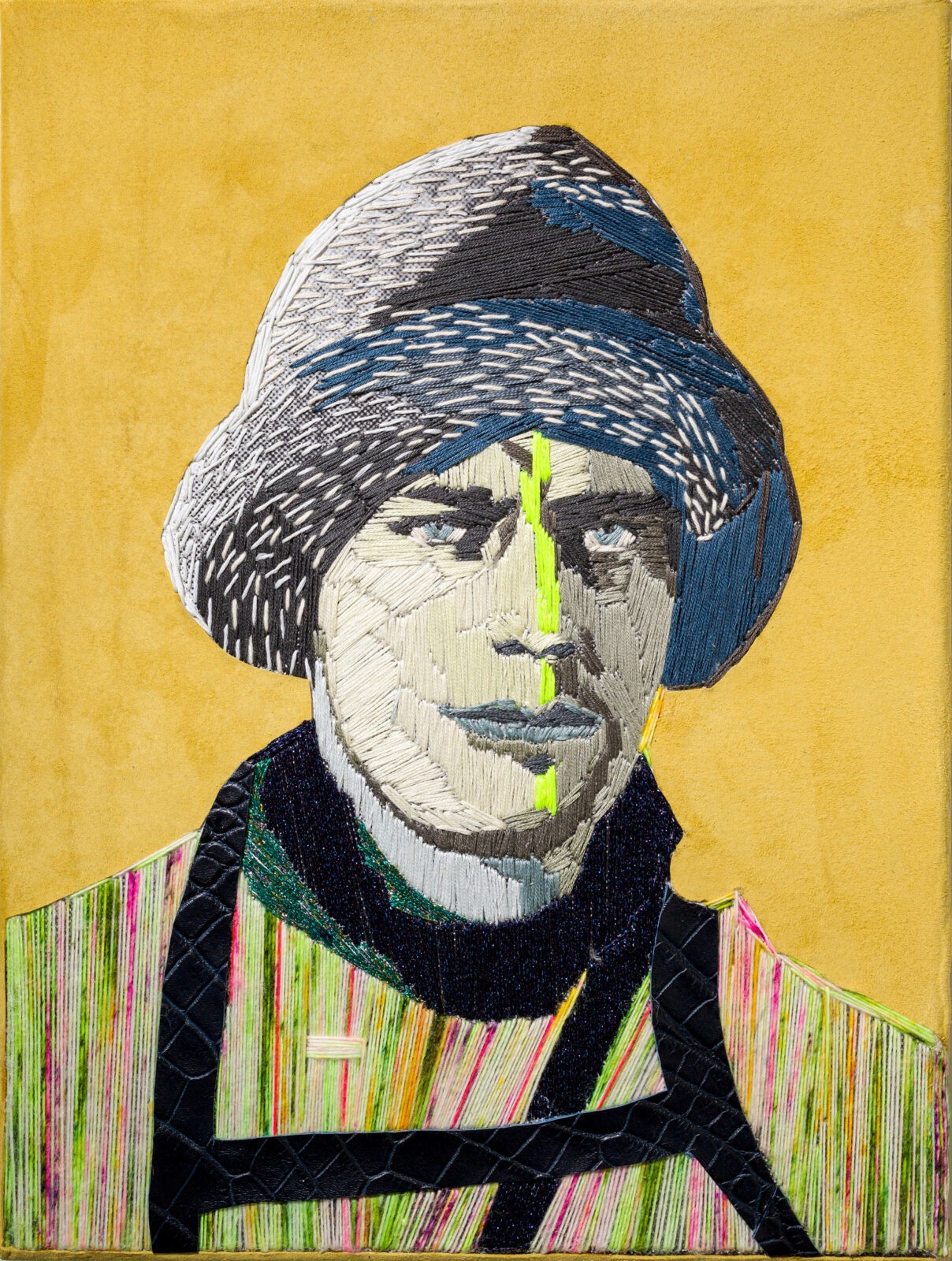 Wolzak is represented by Rademakers Gallery in Amsterdam, where her solo show opens on May 24 and is on view until June 17, 2018. You can see more of her work on Instagram. 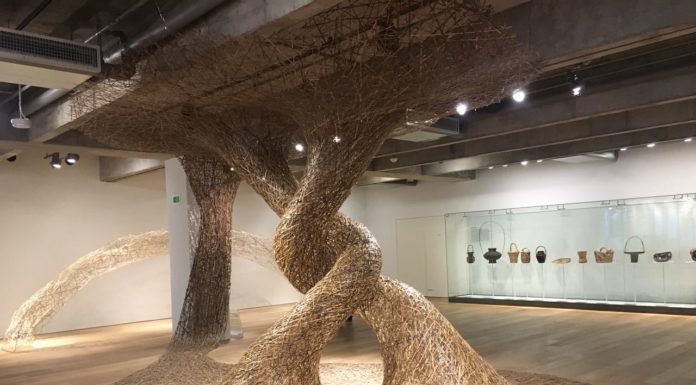 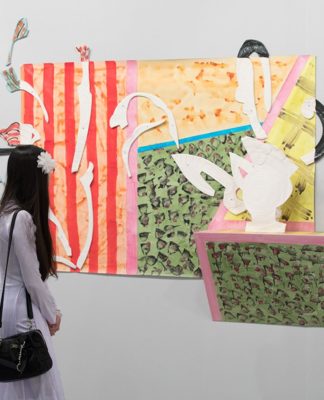 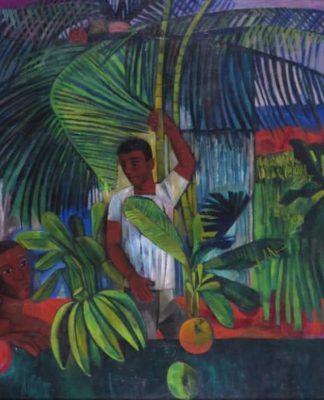 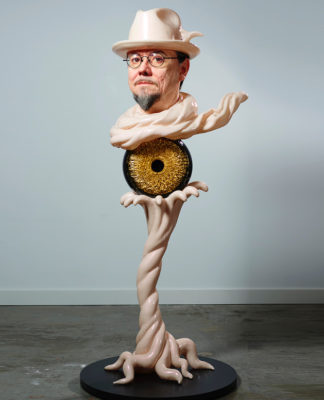 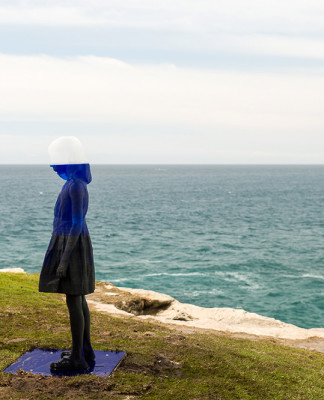