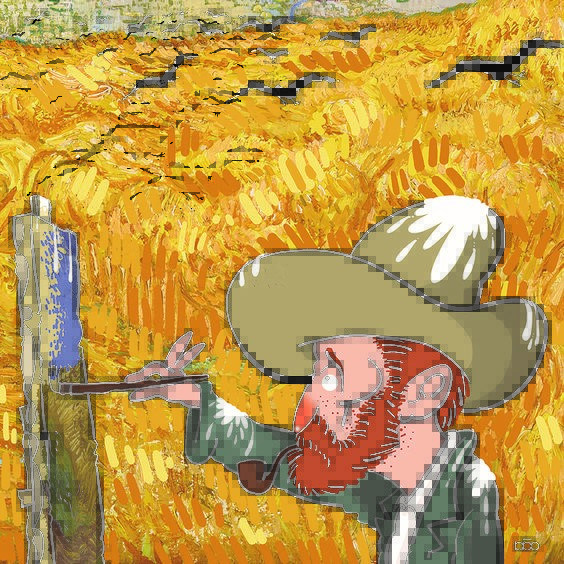 The personality of Vincent Van Gogh and his paintings have been a source of inspiration for many creative people for decades.

And now, among the works of contemporary artists, illustrators and photographers you can find homages to the great Dutchman. 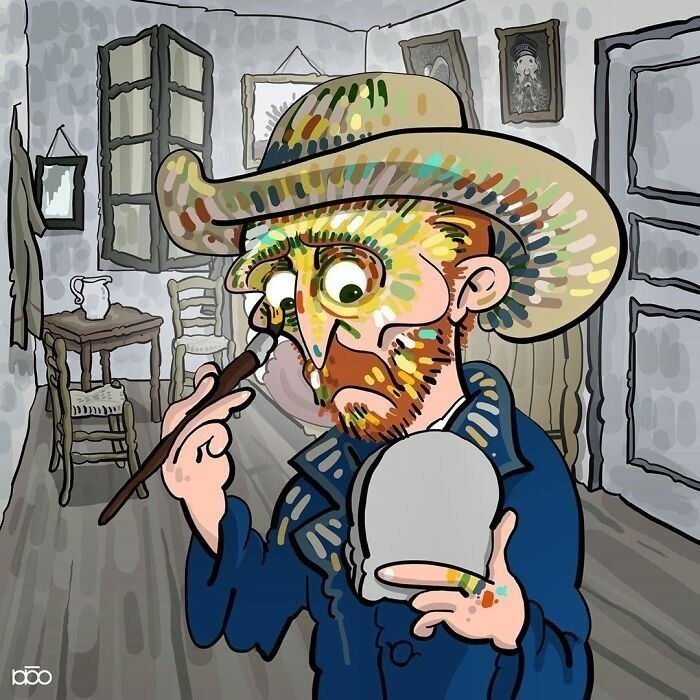 Alireza Karimi Moghaddam was born in 1975 in Tehran. He received professional education as a graphic artist and collaborated with many Iranian magazines and newspapers. At the beginning of 2019, he began to publish drawings on his pages in social networks, the main character of which was his favorite artist Vincent Van Gogh.

Moghaddam often portrays Van Gogh watching nature in search of inspiration. Of course, an impressive part of the work of the Iranian cartoonist refers the viewer to Van Gogh’s most famous painting – Starry Night.

Many of Moghaddam’s drawings are sunny and joyful, but he doesn’t forget about the dark side of Vincent’s personality and his fight against mental illness. 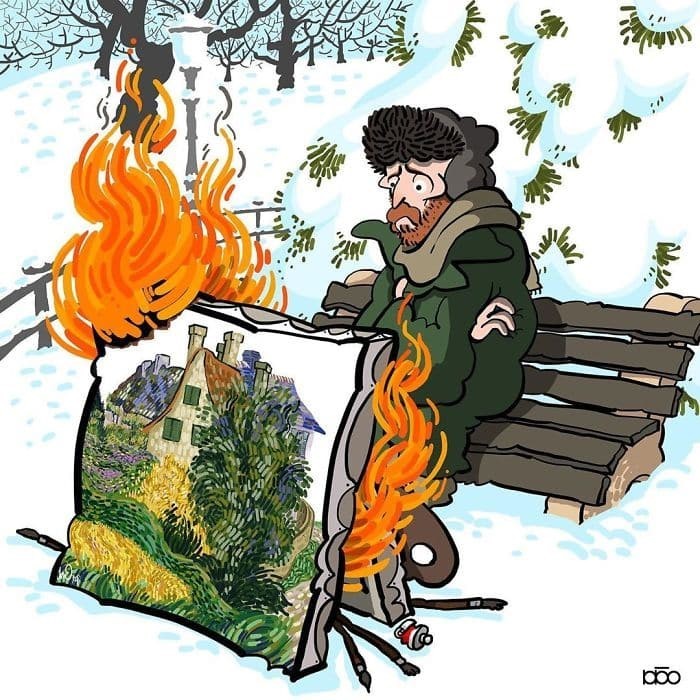 For decades, Van Gogh’s Starry Night has become an artistic archetype. Lots of songs are dedicated to it.

It is quoted in films and animations (from Kurosawa to The Simpsons). It is used in movie posters. It is strange to realize that the canvas, which became the pinnacle of Van Gogh’s work, was written by him in a psychiatric hospital.

“Starry Night “depicts a view from the window of the Van Gogh room in Saint-Remy. Many are capable of raising their heads and seeing the “breathing” summer night sky. But it was Van Gogh who was the first to revive this sky on canvas. 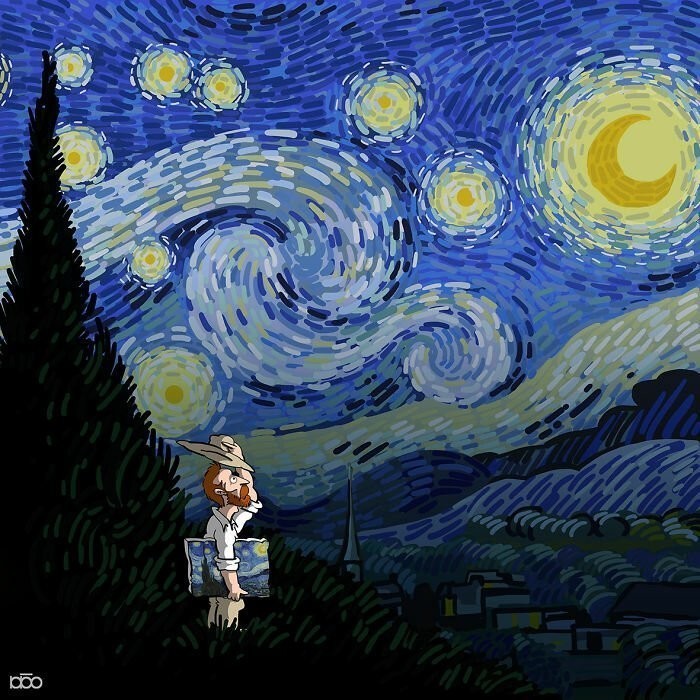 In some of his works, the Iranian artist places Van Gogh in modern realities or transfers it to paintings by other artists. In addition, among the drawings of Moghaddam, you can find homages to Pablo Picasso, Andy Warhol, Banksy, and not only. 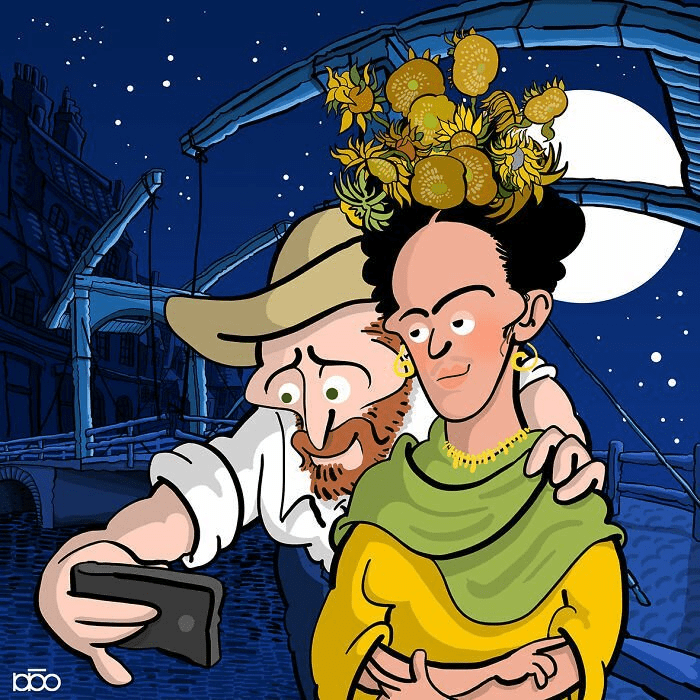