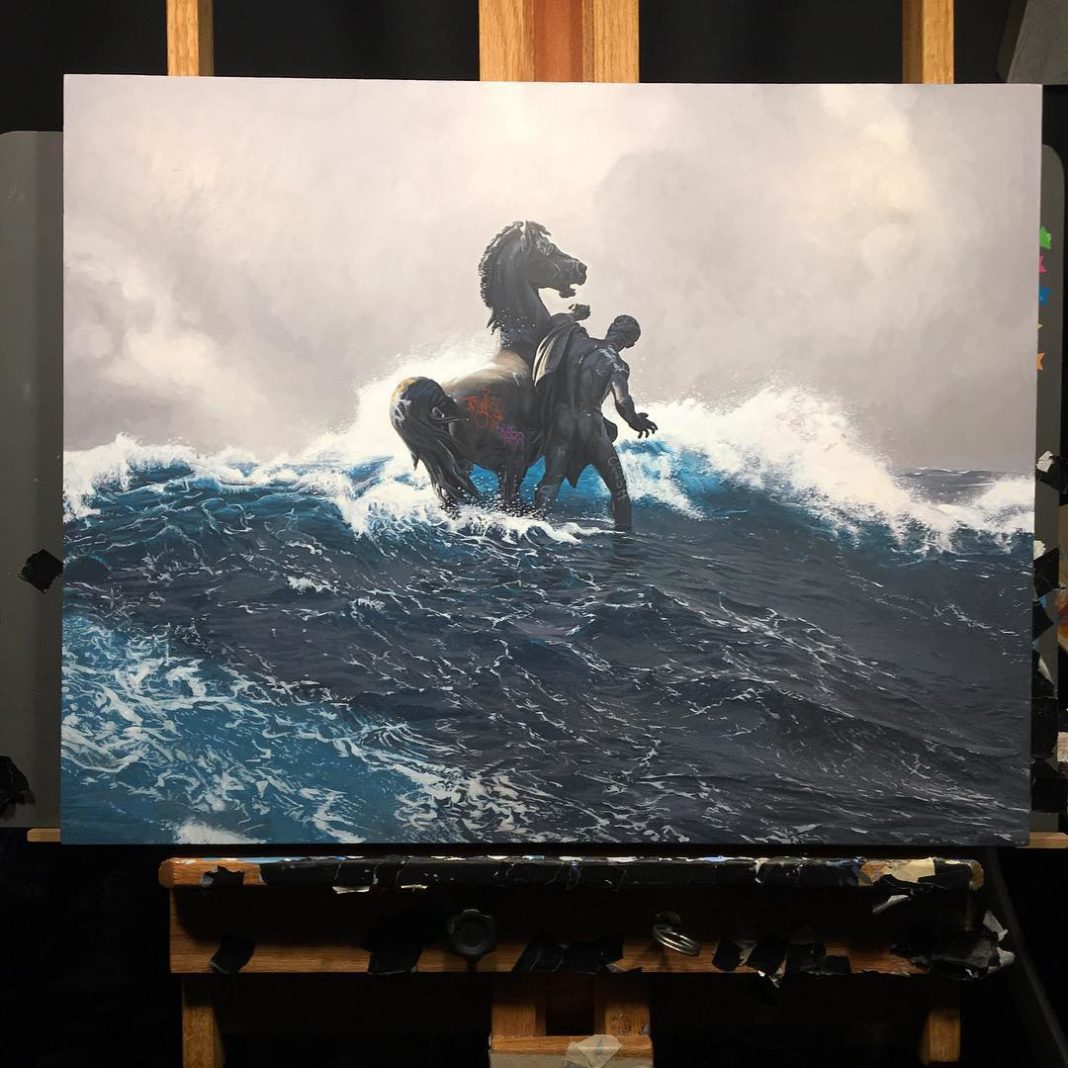 Coming up on May 4th, Talon Gallery in Portland will be presenting a new body of work from Josh Keyes. He recently posted up a photo a powerful new piece on social media that will certainly get his fans excited about the new show. He explains – “For me this hints at an exaggerated end of the ‘human’ world if it continues to follow current trends. I chose the horse tamer statue from the Austrian parliament partly because the new rise of the right in Austria, and the tamer of animals, because of the dark side of our relationship with the natural world. I envisioned a world submerged in the ocean, the last remnants of civilization peaking above the waves. It’s a grim concept but I tried to find a beauty within.”

Josh Keyes (born August 17, 1969 in Tacoma, Washington) is an American contemporary artist who makes paintings and prints. He currently works out of Portland, Oregon. His work has been described as “a satirical look at the impact urban sprawl has on the environment and surmises, with the aid of scientific slices and core samples, what could happen if we continue to infiltrate and encroach on our rural surroundings.” 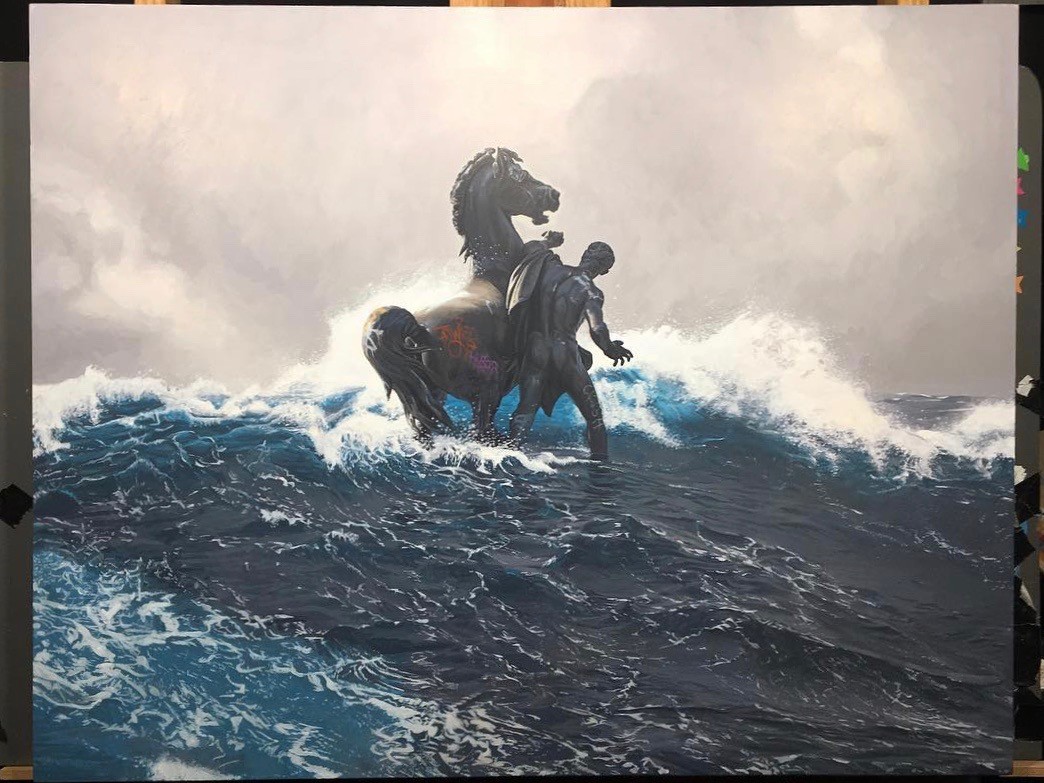 Josh Keyes’ style is reminiscent of the diagrammatic vocabulary found in scientific textbook illustrations that often express through a detached and clinical viewpoint an empirical representation of the natural world. Assembled into this virtual stage set are references to contemporary events along with images and themes from his personal mythology. Josh Keyes’ work is a hybrid of eco-surrealism and dystopian folktales that express a concern for our time and the Earth’s future. Josh Keyes was born in Tacoma, Washington. He received a BFA in 1992 from the School of the Art Institute of Chicago and an MFA in 1998 from Yale University. Keyes currently lives works in Portland Oregon.