The most beautiful buildings in the world fascinate and charm with their intricate forms and configurations. There is no doubt that these architectural structures deserve the highest praise and special attention. Let’s focus on the 10 most outstanding buildings, built in different parts of the world.

Probably the buildings are the best architectural masterpieces on earth. Millions of dollars are spent on their construction, but this is nothing compared to the fact that people can for many hundreds of years to see the greatness and beauty of these incredible buildings. 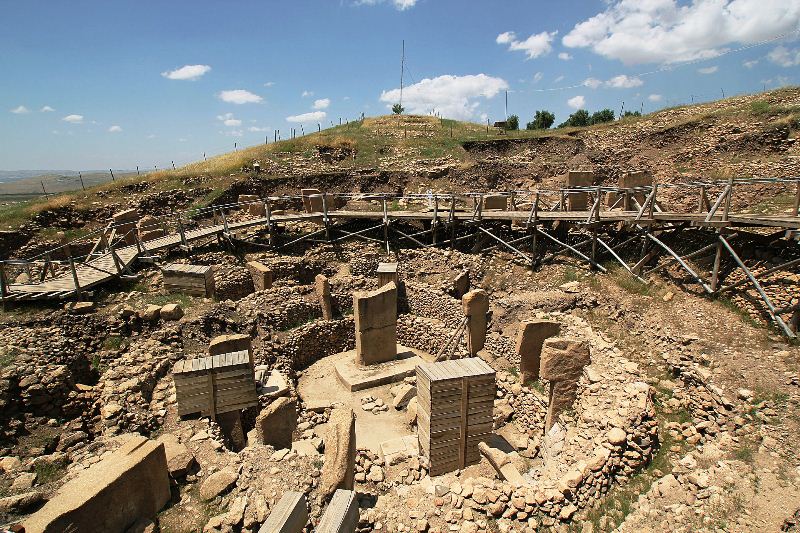 Göbekli Tepe is a place near the Turkish city of Urfa. It is a perfectly smooth circle, laid out of rectangular stone blocks, from which rise dozens of giant T-shaped columns carved from limestone. The columns weighing up to 50 tonnes reach a height of 5 m.

Göbekli-Tepe is a real architectural masterpiece. There is not one, but many stone circles with columns. They are all located next to each other. At the moment only 4 buildings from 10 to 30 meters in diameter have been excavated. In total there are 40 columns there. Geophysical studies indicate that there are at least 16 more such circles and 250 columns underground. 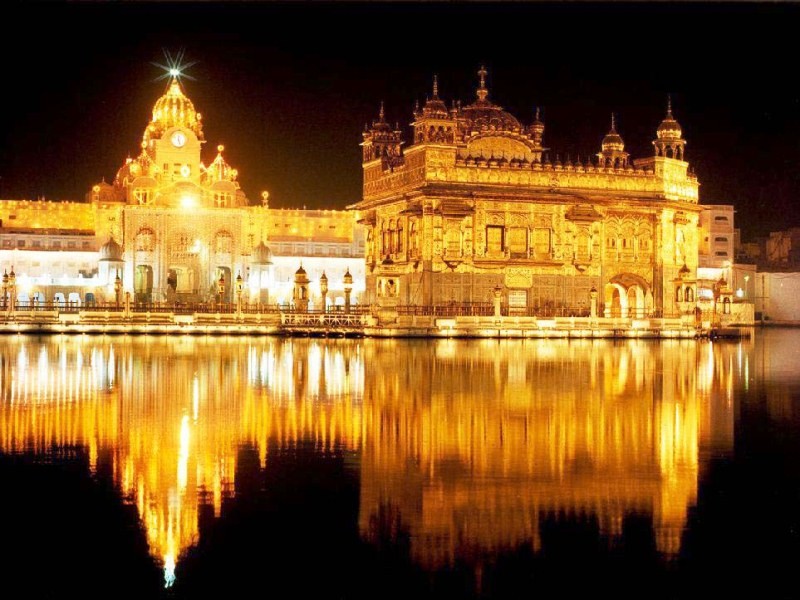 The Golden Temple was built in 1589 during the reign of Guru Arjan the Virgin Gia. Most of the construction was supervised by Sikh Emperor Ranjit Singh. The head of the Sikh empire, Punjab, donated much of his wealth and building materials to build this architectural masterpiece. A hundred pounds of gold were used to clad the building with copper slabs covered with gilding alone. 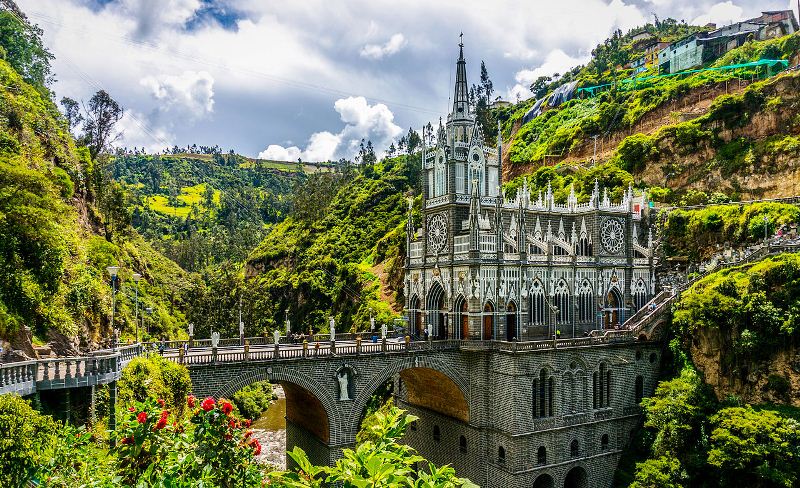 The Church of Las Lahas is considered one of the main attractions of Colombia, which was built directly on the bridge. And it’s no wonder pilgrims from all over the world come here. People come for healing and believe that the miracle-working icon, which is located in this church, will heal their illness. In addition, the temple is included in the list of Seven Wonders of the World of Colombia and is one of the best architectural masterpieces in the world.

4. The “Light of Life” Chapel in Seoul, South Korea 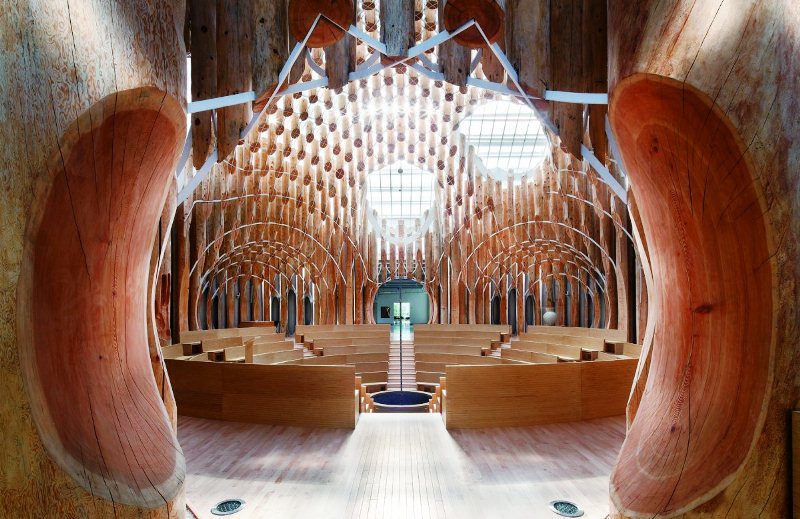 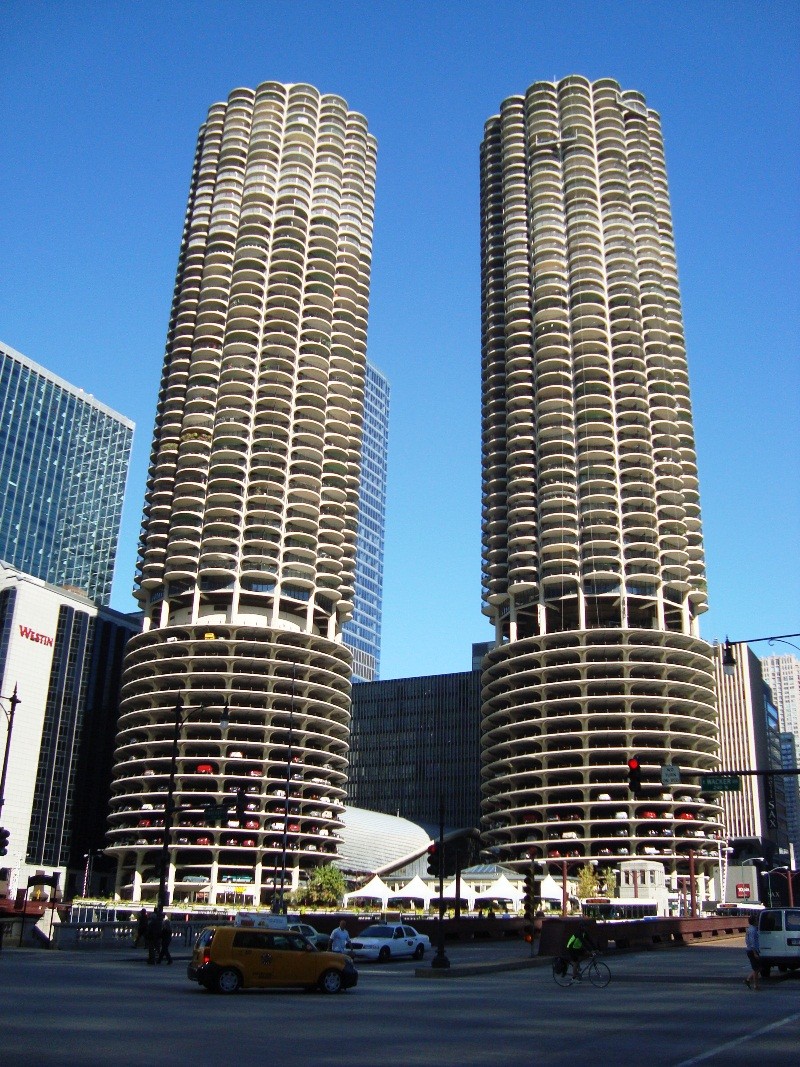 Marina City Building is a 65-story residential and commercial building complex located in Chicago, Illinois. Construction of the building was completed in 1964. It was designed by architect Bertrand Goldberg. The cost of the project was 36 million dollars. This architectural masterpiece consists of two towers, the appearance of which resembles a corn cob.

“Marina City” is the first postwar urban high-rise residential complex in the United States. The uniqueness of the residential apartments is that there are practically no right angles. An elevator ride from the lobby to the 61st floor takes about 35 seconds. Today the complex has a concert hall “House of Blues”, the hotel “Sax”, high-class bowling, bank, restaurant “Bin 36”, steakhouse “Smith & Wollensky”, restaurant-bar “Dick’s Last Resort” and other institutions. 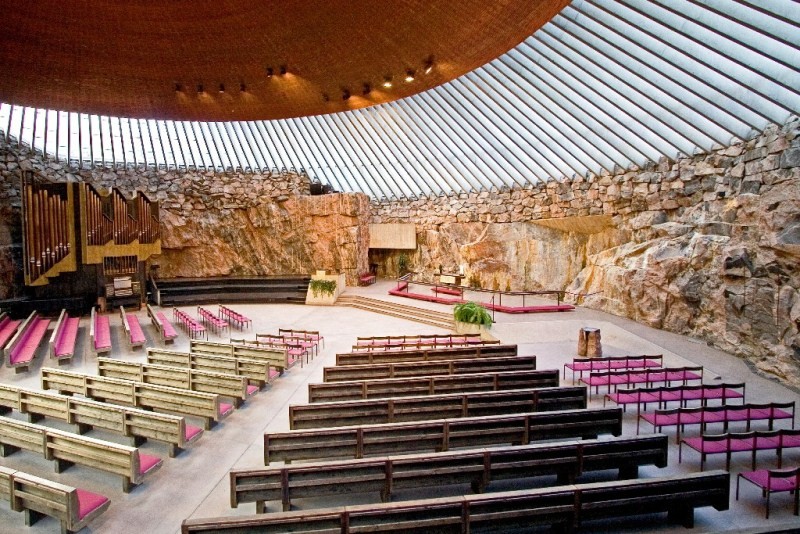 The carved in rock Temppeliaukio Church is located in the center of Helsinki, near Fredrikinkatu Street. Thanks to its unique architectural design, the church, built-in 1969, is considered one of the main attractions of the Finnish capital. The dome of the church hall lies on reinforced concrete ceilings buried in the rock, with copper plates on top. The inner walls are raw rocks and masonry made of large boulders. In the first half of the day, the sun’s rays penetrate through a spiral window and illuminate the space behind the altar, turning the rocky crevice of the Ice Age into a kind of altar painting. Truly an architectural masterpiece! 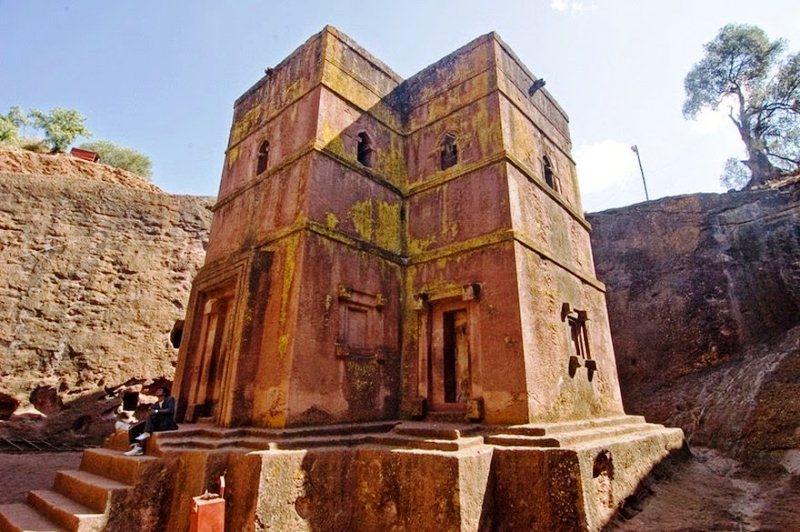 In addition to many sights in Ethiopia, St. George’s Church is the most unique. The peculiarity of the church is that it is carved in the stone thickness of red volcanic tuff, and the flat roof is at the same level as the ground. Between the church and the rock that surrounds it, there is a so-called yard, which is a pit 12 meters deep.

The church of St. George has also a characteristic form of construction. It is cross-shaped, 12 meters wide, 12 meters long and 12 meters high. Interesting is the combination of sides and total area, it is 625 square meters, that is 25 meters wide and 25 meters long, the shape of an equilateral rectangle. 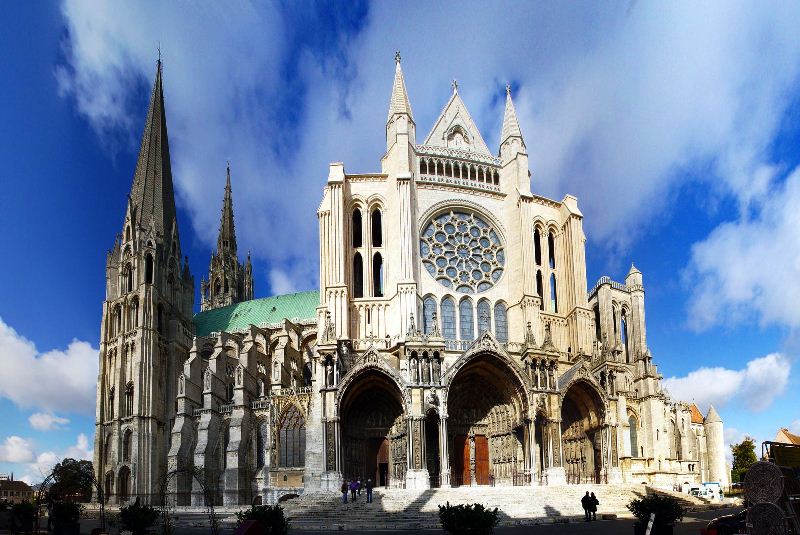 One of the most famous architectural masterpieces in France, the Cathedral of Chartres, dedicated to Our Lady of Notre Dame, is considered by many experts to be an ideal Gothic cathedral. Except for a few spires (completed at a later time), it is very homogeneous stylistically. The cathedral has preserved most of its medieval sculpture (around 4000) and stained glass windows (containing over 5000 characters). Its majestic silhouette still dominates the city and the surrounding landscape, where wheat is still grown, as it was 800 years ago. 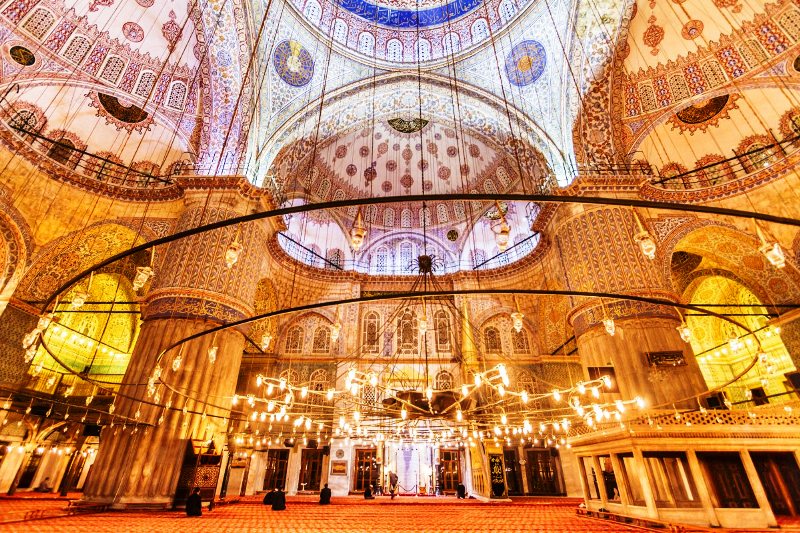 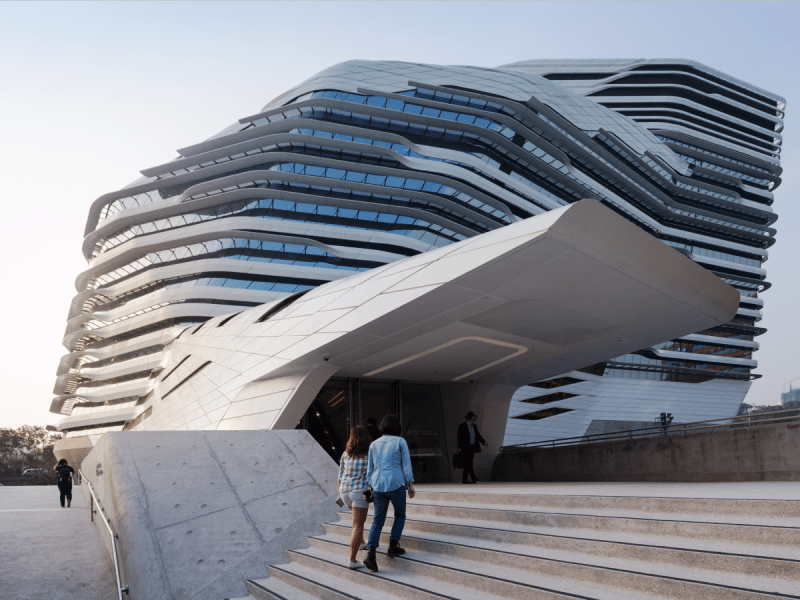 For the Polytechnic University, Zaha Hadid, a renowned architect of Iranian origin, built the 15-floor Jockey Club Innovation Tower complex. Perhaps the most futuristic architectural masterpiece in Hong Kong, it produces an impressive effect live. Inside there’s a design school, which houses a large lecture hall, classrooms and auditoriums, as well as various studios and workshops. The project also includes a design museum, a lounge area, and galleries for permanent and temporary exhibitions.

Phillips Will Present One Of The Best Works Of Lichtenstein