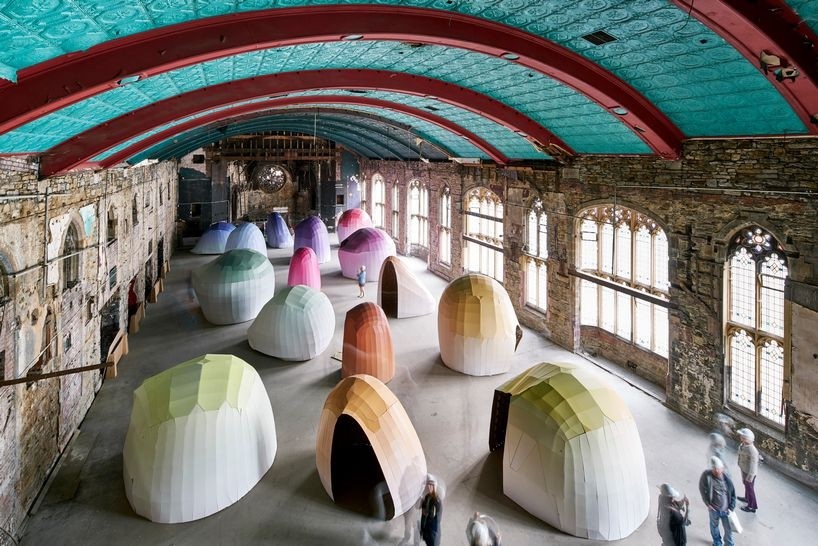 Commissioned as part of the nine-artist, Art In Manufacturing series for The National Festival of Making in Blackburn, the Manchester-based creative studio took inspiration, materials and expertise from The Cardboard Box Company in nearby Accrington to develop the show-stopping invasion of indefinable ‘foreign bodies’ into an historic, formerly inaccessible building.

Chromatogram (defined as being a graphic representation of the separation of components) is a physical expression of the unusual semi-isolation of workers in the modern factory, after Lazerian’s founder Liam Hopkins embarked on a three month residency with the company for the ground-breaking series of commissions. ‘Art In Manufacturing’ paired leading artists with factories in Pennine Lancashire to encourage a creative expression of the histories, innovation and expertise of each, as well as amongst the people who work there.

Noting that workers were entirely dependent on each other, yet worked largely alone in distinct sectors, Hopkins created the corresponding cardboard structures to denote their independence as they worked in distinct sectors, yet also their fundamental dependence on each other. He said: “Having worked extensively with cardboard, from developing furniture and architectural installations to collectible, small-scale sculpture, the strength and versatility of the material itself presents exciting possibilities.

“The opportunity to use the industrial fabrication techniques of The Cardboard Box Company gave this project the potential of working to significant scale and the venue, an imposing space with such history, presented more inspiration. The result is a stark contrast between modern and archaic, meticulously planned design and that which only abandonment, nature and time has created.”

Sited amidst the semi-dereliction of the 1860-built Cotton Exchange, for many years transformed to become a multi-screen cinema before being closed completely in 2005, the installation of ‘Chromatogram’ gave visitors a rare and special access to a loved, yet overlooked, town landmark. 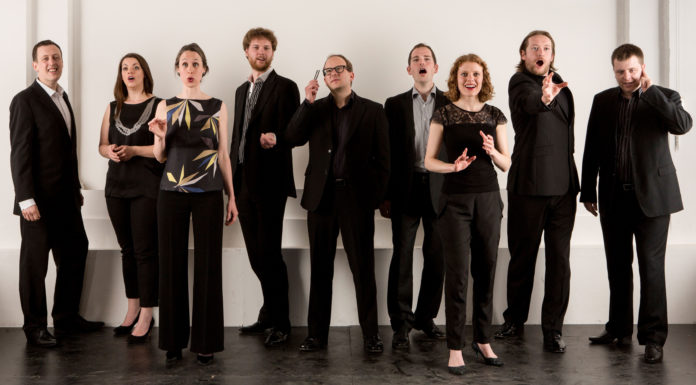 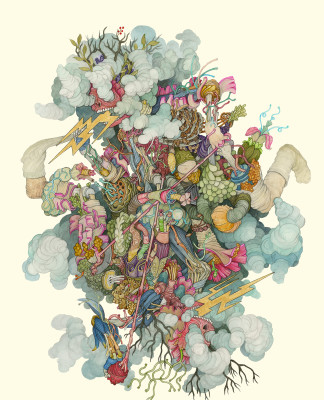 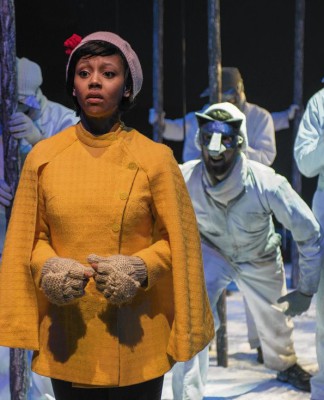 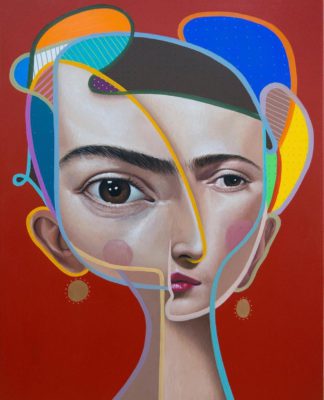 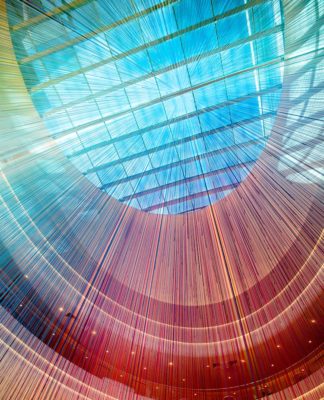