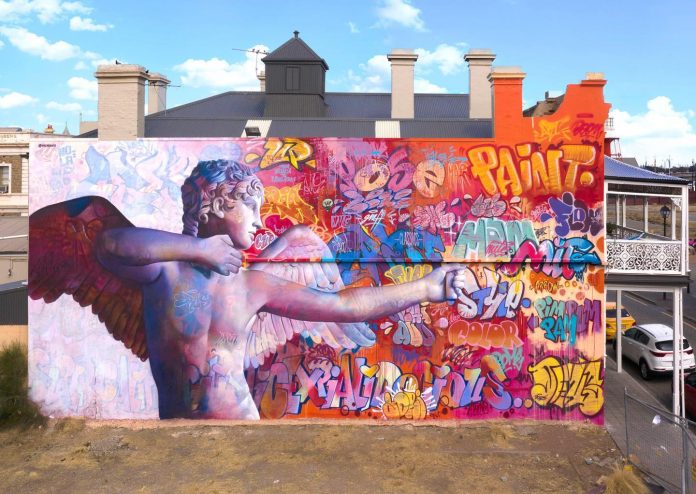 French artist François-Joseph Bosio notably left his iconic marble sculpture Cupid with a Bow (1808) without the actual weapon. In a recent rendering by Valencia-based duo PichiAvo, though, the Roman god is outfitted with a long arrow fashioned out of a preexisting horizontal duct. The graffiti-laden mural was PichiAvo’s contribution to the 2020 Wonderwalls Festival in Port Adelaide.

Known for Urbanmythology—a style that blends urban artwork and Greek and Roman mythology—PichiAvo seamlessly merges the two into vibrant, large-scale compositions. The street artists also depicted Cupid in a 2018 project in Italy, and they tell Colossal that their recent mural is an extension of their fascination with the deity of love and lust. Head to Instagram and YouTube for a deeper look into the duo’s processes, and pick up a print from their shop. (via Street Art News)