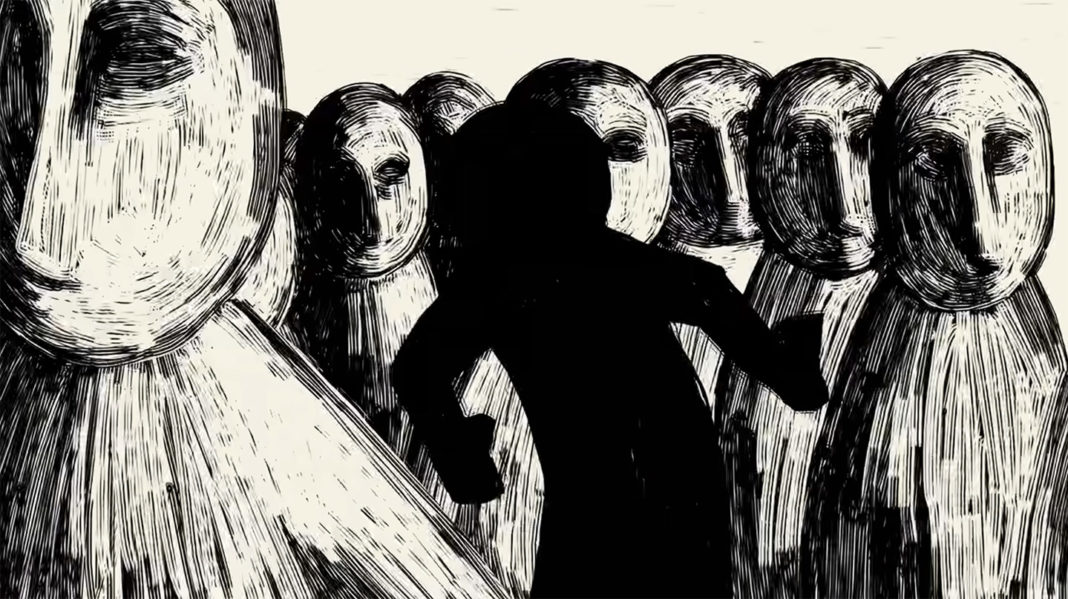 Breaking free from urban life is no easy feat for the main figure in “Le Silence de la rue,” or “The Silence of the street.” The monochromatic film produced by Miyu Productions, which is led by Emmanuel-Alain Raynal and Pierre Baussaron, details the stark dichotomy of spending time in unaltered natural spaces and in a dirty, bustling neighborhood. Opening with a blooming flower, the gloomy film turns to a black being who struggles to stay afoot in the dense streets as a horde of anonymous figures push by. Wave-like elements envelop him until he’s transported to a tiny boat at sea, where he momentarily finds peace. But soon enough, he’s hurled back into the crowd before finally losing his dark hue and joining others as they pile onto the public bus, proving his inability to escape city life.

The 2D digital animation was directed by Marie Opron in 2019 and is set to music by composer Francois Poitou. Find more of the company’s illustrated projects on Vimeo.