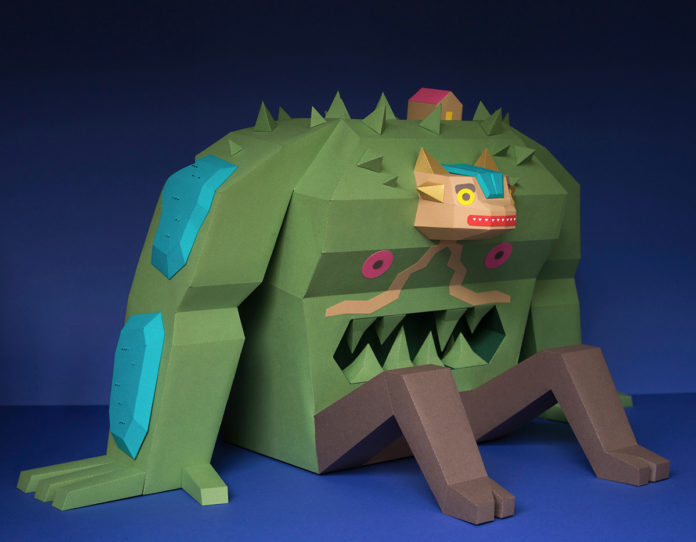 Musgor, an angular green monster, roams a futuristic paper world in “Urban Mutations.” The exhibit, which originally was on view at the Museo del Humor in Buenos Aires in November 2018, showcased work from 17 artists—including Estudio Guardabosques, a Buenos Aires design studio by Caro Silvero and Juan Elizalde. The artists reinterpreted historical components of La Plata and presented them in futuristic terms. The series depicts Musgor, its world of origin, and a few of the fictional space’s other creatures, including a beetle whose face appears on its body and a ten-legged insect that resembles a leaf.

With a focus on the Natural Museum of La Plata, the artists say they wanted to maintain the influence of a science museum, which included incorporating the research and speculation central to interpreting unknown beings. Combining this idea with the large monsters of Japanese kaiju films brought the group to these paper figures. Explore more of Estudio Guardabosques’s geometric paper creations on Instagram.