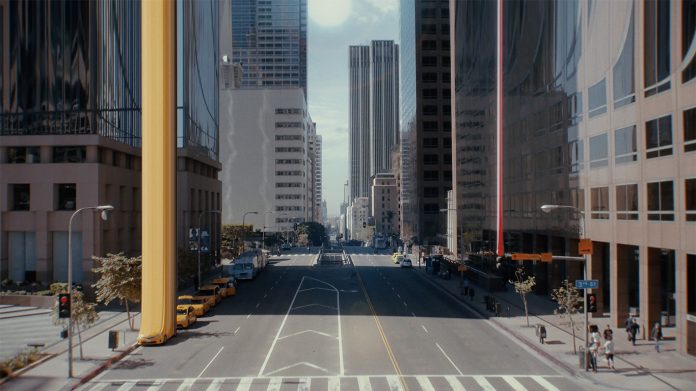 A new film by New York-based director Paul Trillo lingers for just a moment on a serene body of water before plunging into a dizzying series of landscape transformations. “Until There Was Nothing” considers how Earth’s natural landscapes and city life would look just moments before being consumed by a black hole. The surreal work shows massive waves suddenly crawling up the left side of the frame, the tops of taxi cabs shooting into the air, and an entire forest of trees ascending in an amorphous mass.

To add an even more unnerving twist, Trillo overlayed the short film with a recording of British writer Alan Watts, who slowly expounds on the “prospect of vanishing.” Despite his film’s disturbing qualities, the director maintains an optimistic outlook. “Someday this will pass and there will be nothing left… That’s not something to fear ‘because we come from nothing’ as Alan Watts puts it… and from nothing comes something new,” he says.

Watch the full film, which Trillo alternatively titled “How I Learned To Stop Worrying And Love The Black Hole,” below. Find more of the director’s perspective-bending projects on Vimeo.

Met Can Return Another Ancient Vase to Italy