Hillary Fayle Waters hails from Elma, N.Y., and is an accomplished fiber artist, illustrator, and painter. She lives and works in Forestport, N.Y., near the Adirondack Mountains.

Fayle completed her Bachelor of Arts degree in fiber design at Buffalo State College in 2010. During a semester abroad at the University of Manchester in England, she studied embroidery, which has had a profound impact on the trajectory of her career. As she writes, “I began with using found materials and fabric and transgressed to leaves upon my return to America. I generally try to use renewable, sustainable, and environmentally friendly materials for my art, so this was an obvious choice.” 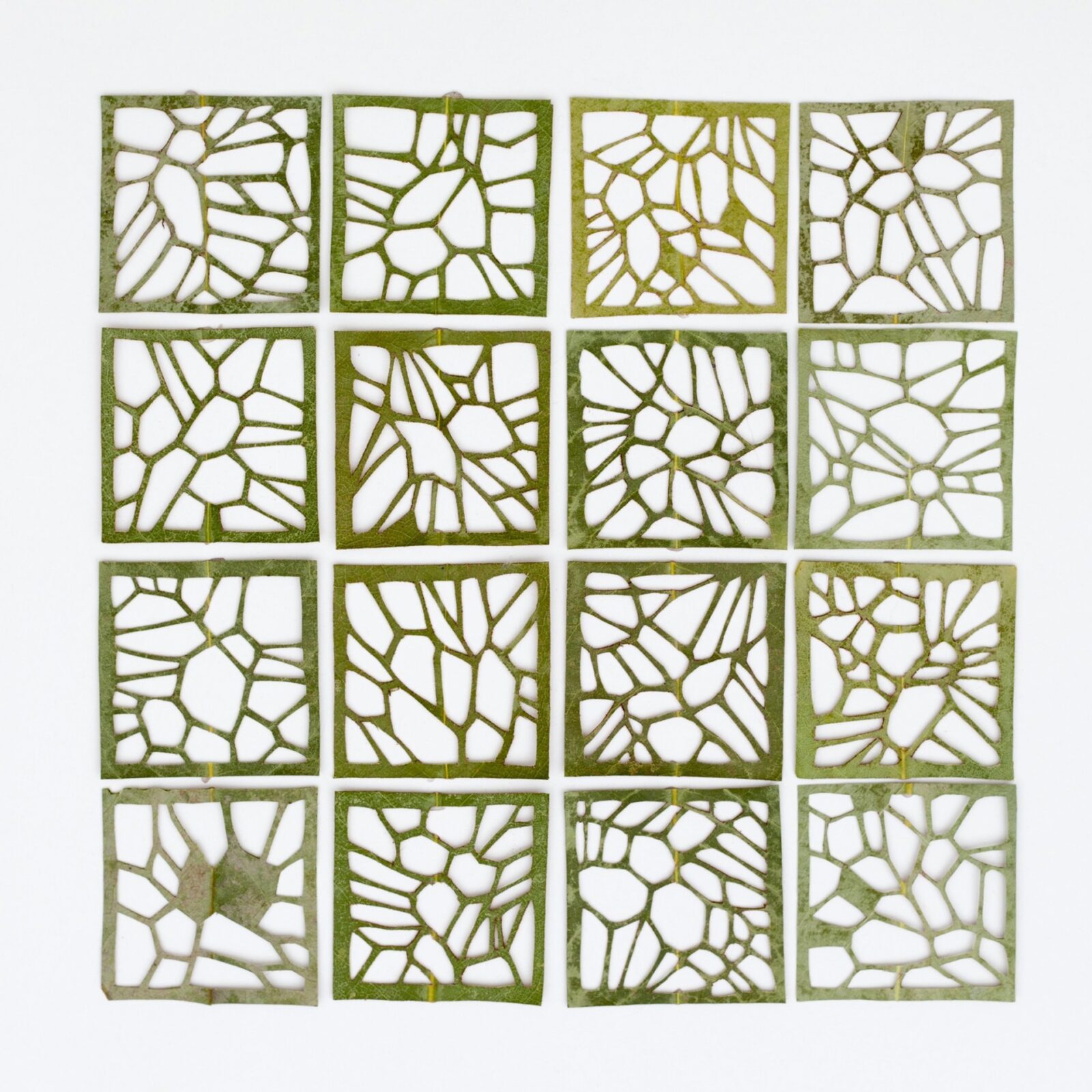 The leaves Fayle works with are first coated in a non-toxic preservative to strengthen and protect them. Next she either embroiders them (using a mix of traditional patterns and techniques and those of her own design) or cuts intricate patterns into them. The final step is framing the finished pieces, or, in some cases, pinning them directly to the wall. Regarding the explicit and implicit themes of her work, Fayle notes, “There is a beautiful and intricate balance in nature and in the way that we can interact with the natural world around us. It is this delicate and elaborate relationship that I attempt to convey in my work. As I carefully select materials to use from the natural world around us, I in turn broadcast the importance of protecting and conserving our natural resources. Living consciously and sustainably is incredibly important to me in all aspects of my life. By using these materials to create, I am able to do what I love without treading too heavily on the eco-system.” Examples of Fayle’s work have been seen on the covers of Fiber Art Now (Spring 2012) and Embroidery(May/June 2012) and in several galleries and museums, including Indigo Art (2012) and Studio Hart (2012), both in Buffalo, and the Annmarie Sculpture Garden in Solomons, Maryland (2013). She was featured in both the 2011 and 2013 Art in Craft Media exhibitions at the Burchfield Penney, and in 2013 she was a Sylvia L. Rosen Purchase Prize winner. 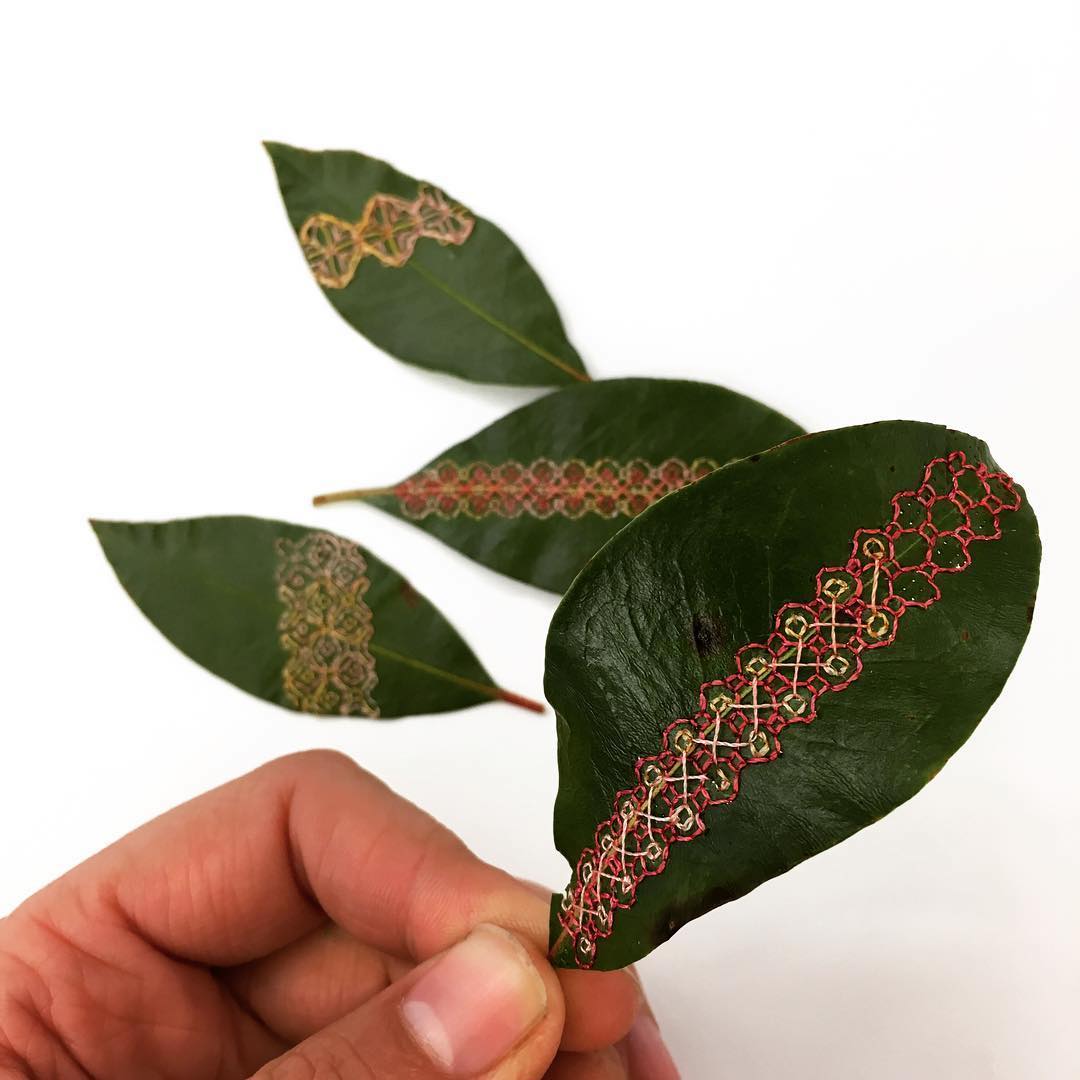 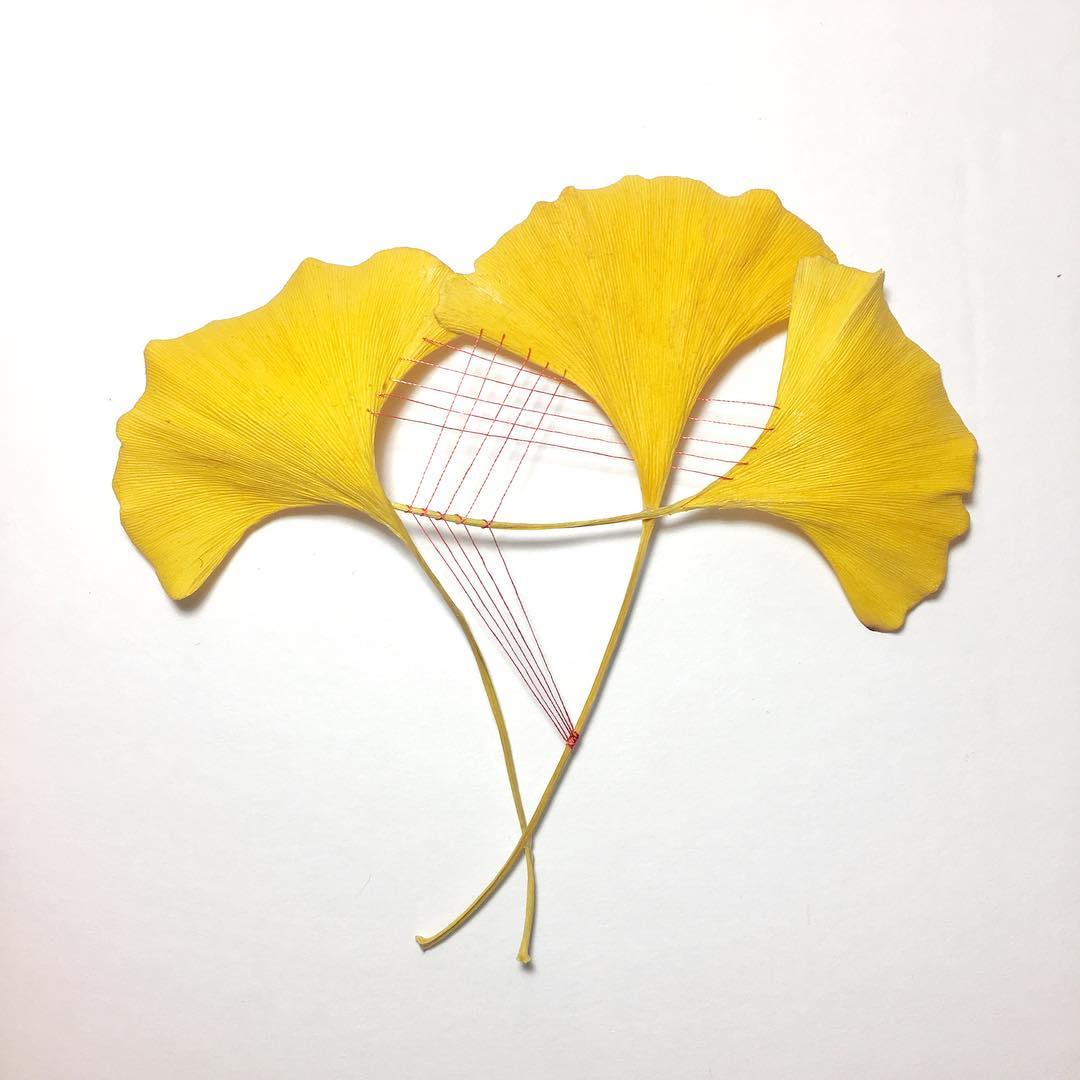 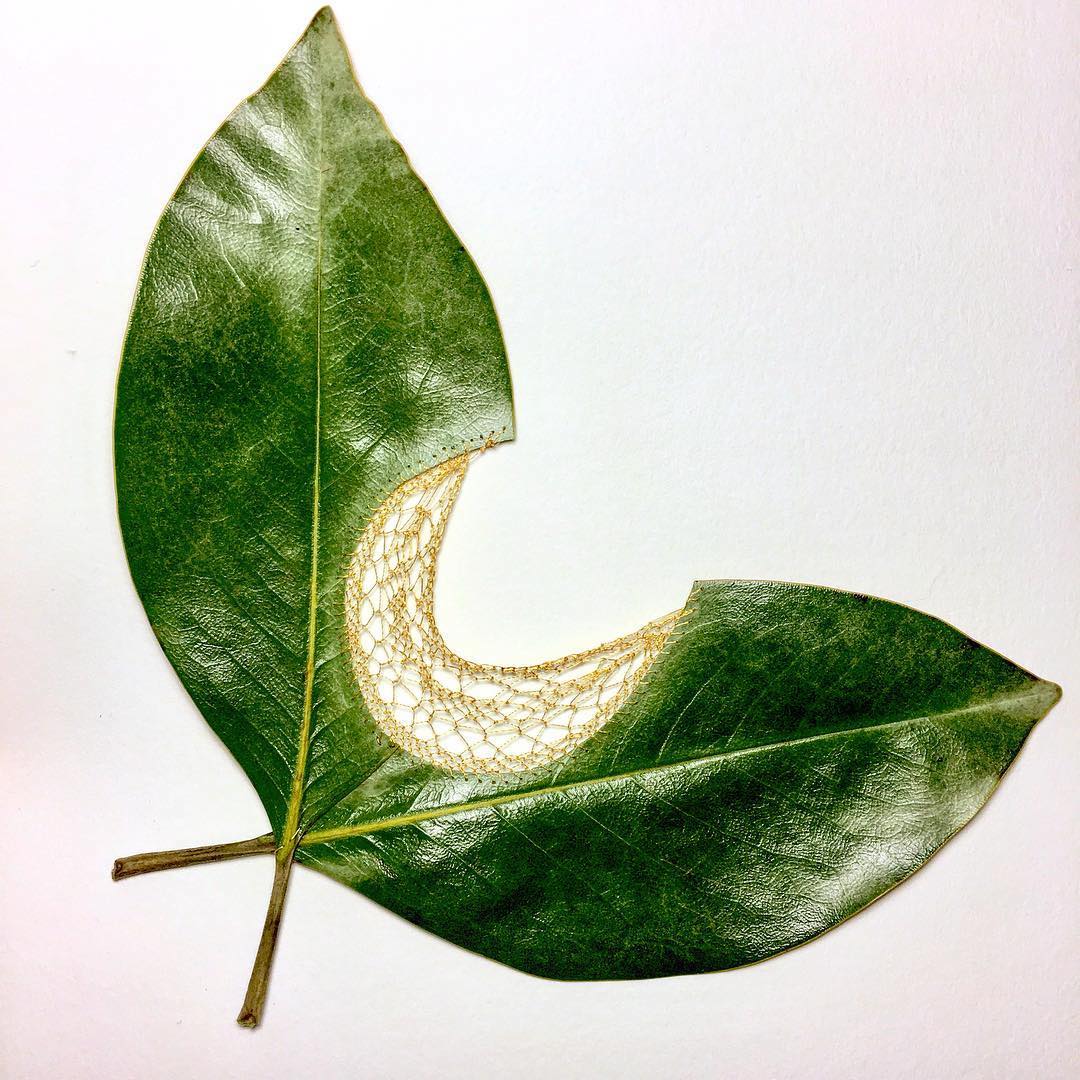 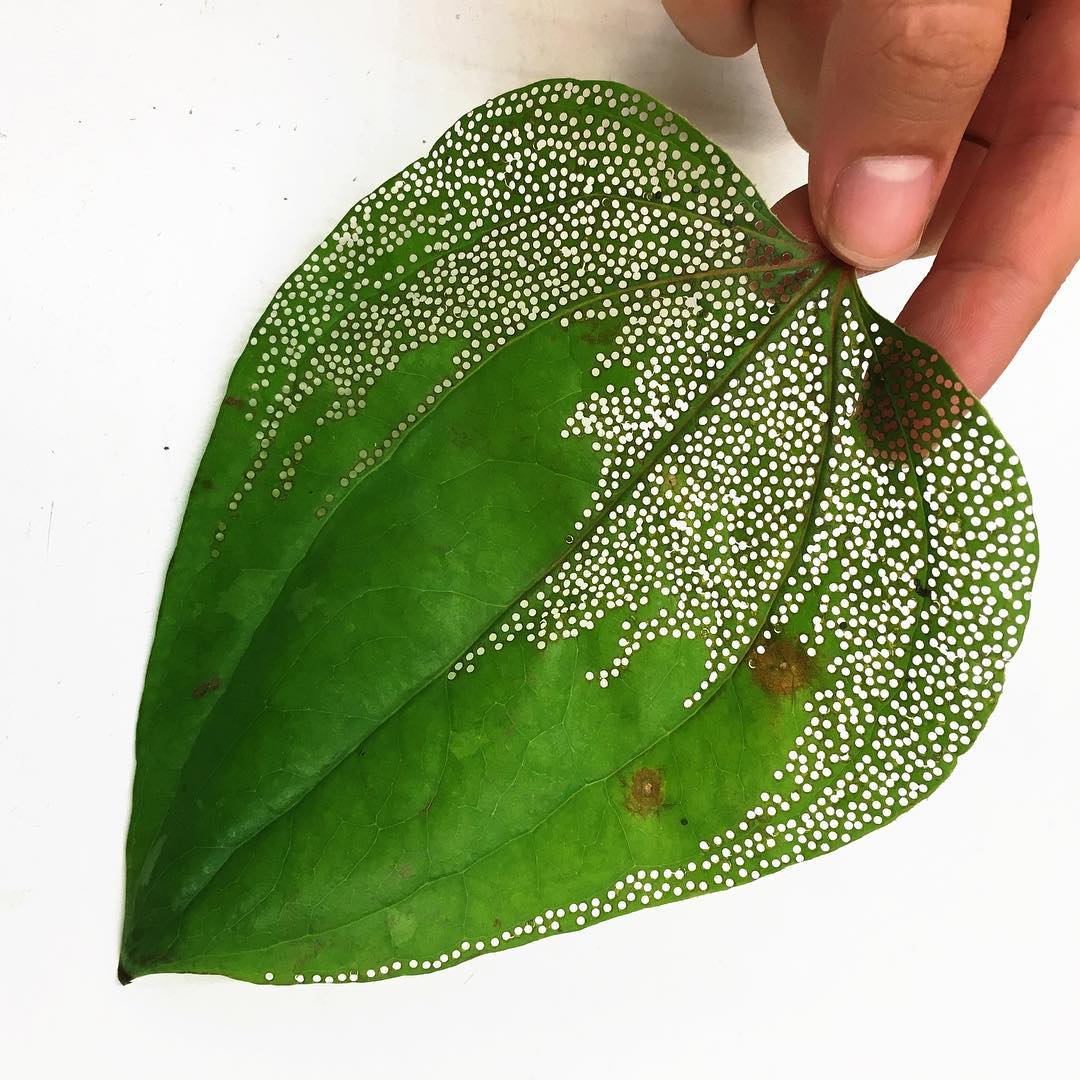 In 2012, she was designated one of the Burchfield Penney’s first “Living Legacy” artists. You can see more of Fayle’s leaf embroidery, as well as some new experiments with snake scales, on her Instagramand website. 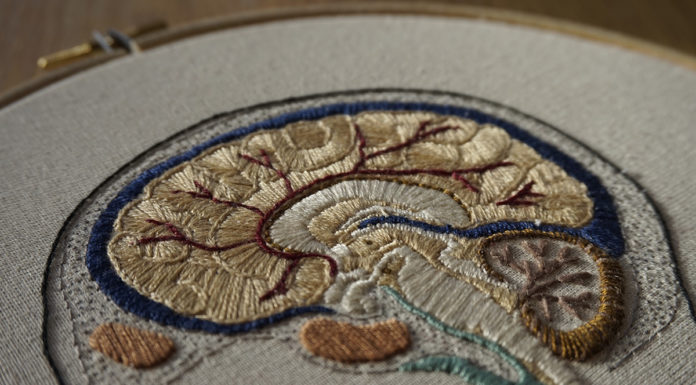 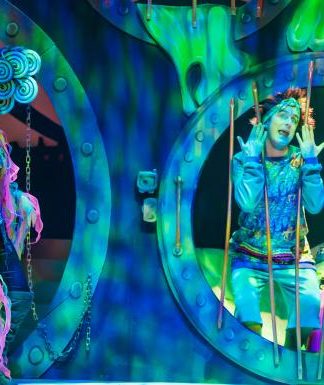