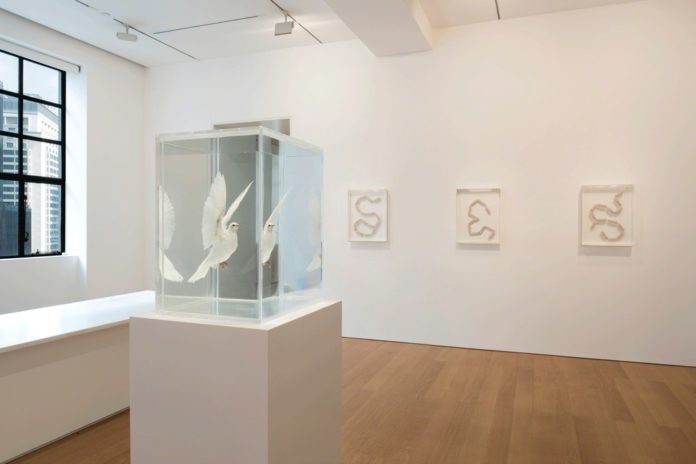 Gagosian is presenting “Visual Candy and Natural History,” a selection of paintings and sculptures by Damien Hirst from the early- to mid-1990s. Until December 3. 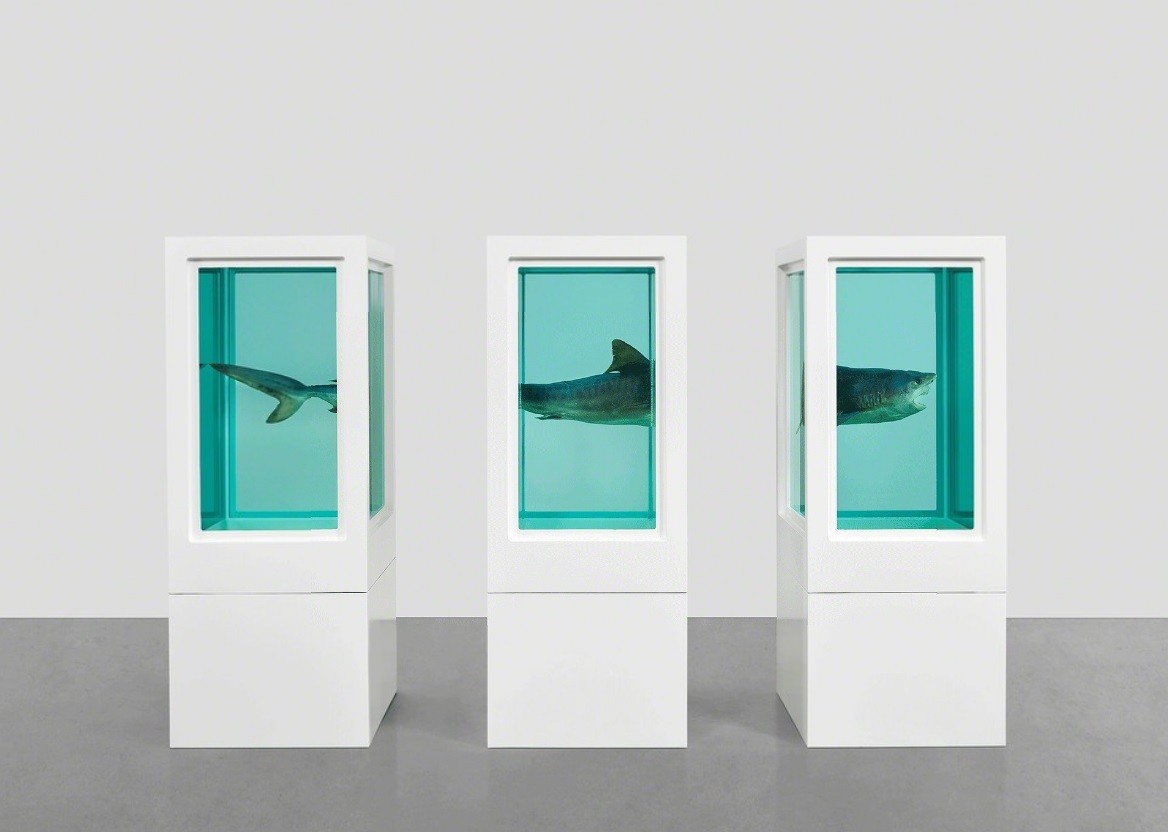 One of the late twentieth century’s greatest provocateurs and a polarizing figure in recent art history, Damien Hirst was the art superstar of the 1990s. As a young and virtually unknown artist, Hirst climbed far and fast, thanks to Charles Saatchi, an advertising tycoon who saw promise in Hirst’s rotting animal corpses, and gave him a virtually unlimited budget to continue. His shark suspended in a tank of formaldehyde, entitled The Physical Impossibility of Death in the Mind of Someone Living, wowed and repulsed audiences in 1991. 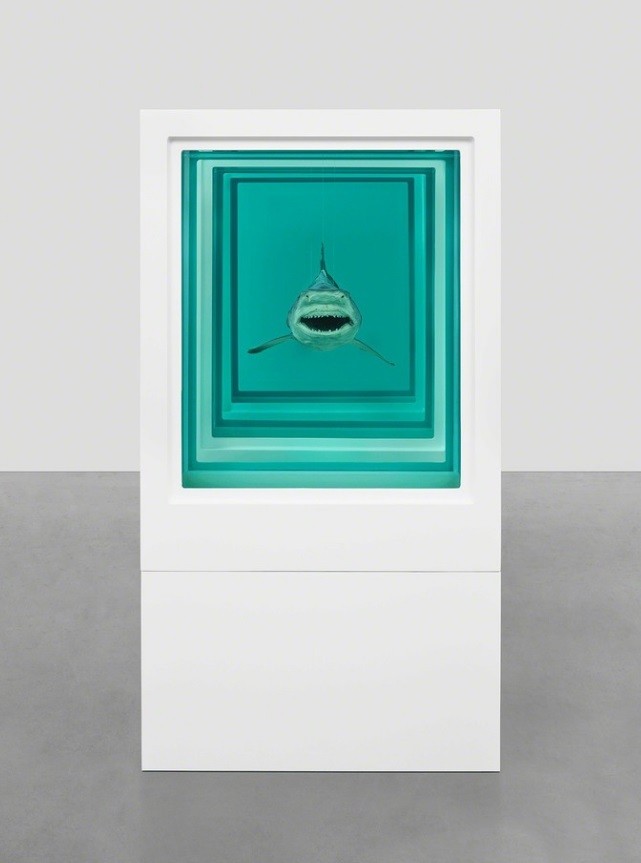 “I had my stomach pumped as a child because I ate pills thinking they were sweets.  I can’t understand why some people believe completely in medicine and not in art, without questioning either.” —Damien Hirst. 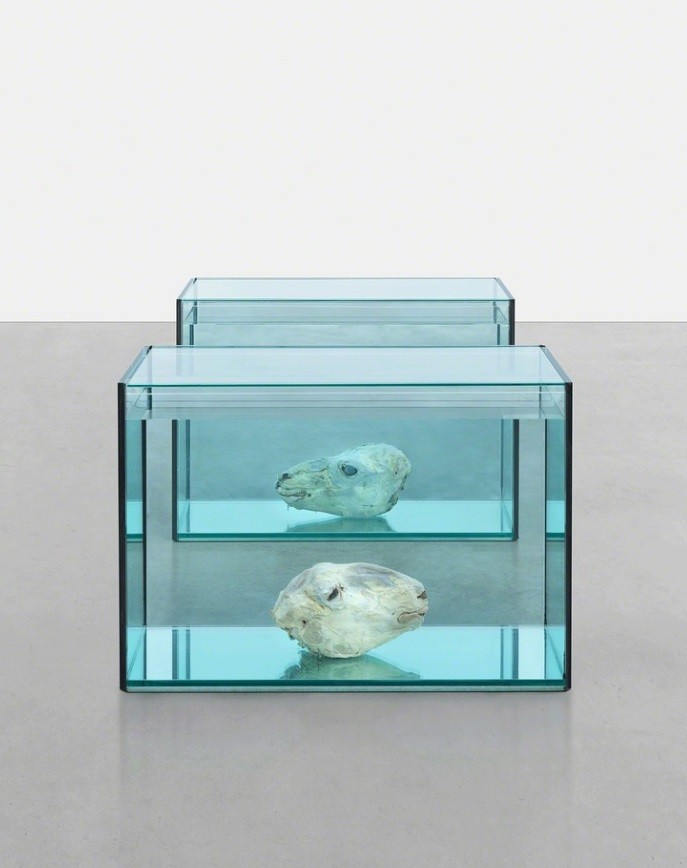 In 1995 (the same year that he won the coveted Turner Prize) Hirst’s installation of a rotting bull and cow was banned from New York by public health officials who feared “vomiting among the visitors.” Hirst, the Sid Vicious of the art world (the Sex Pistols were his favorite band), is the logical outcome of a process of ultra-commodification and celebrity that began with Andy Warhol. 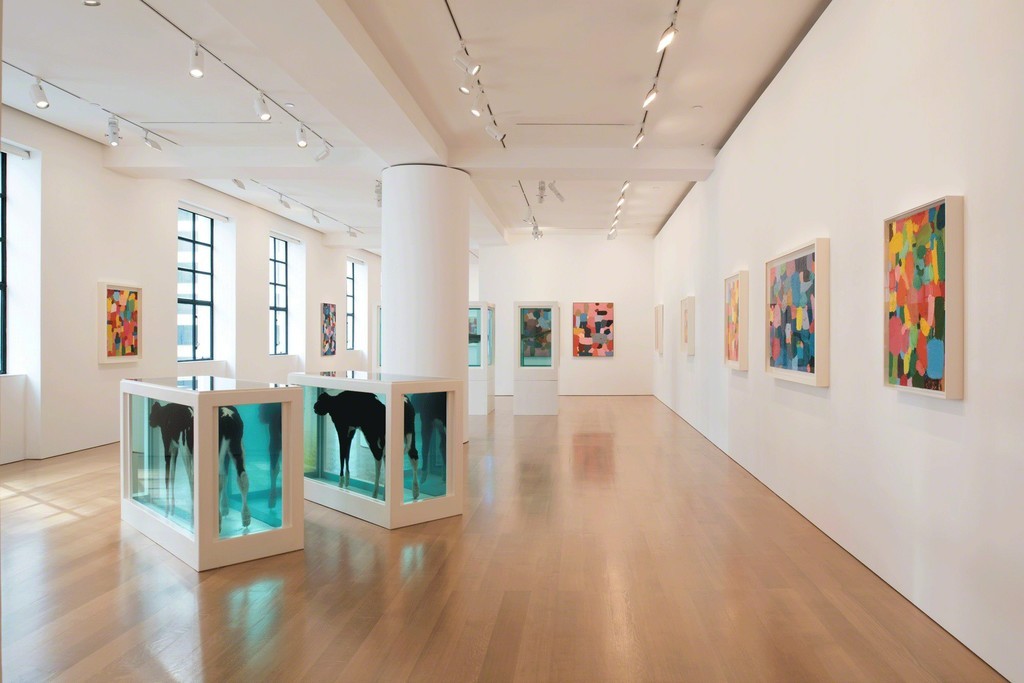 Since emerging onto the international art scene in the late 1980s as the protagonist of a generation of British artists, Hirst has created installations, sculptures, paintings and drawings that examine the complex relationships between art, beauty, religion, science, life and death. 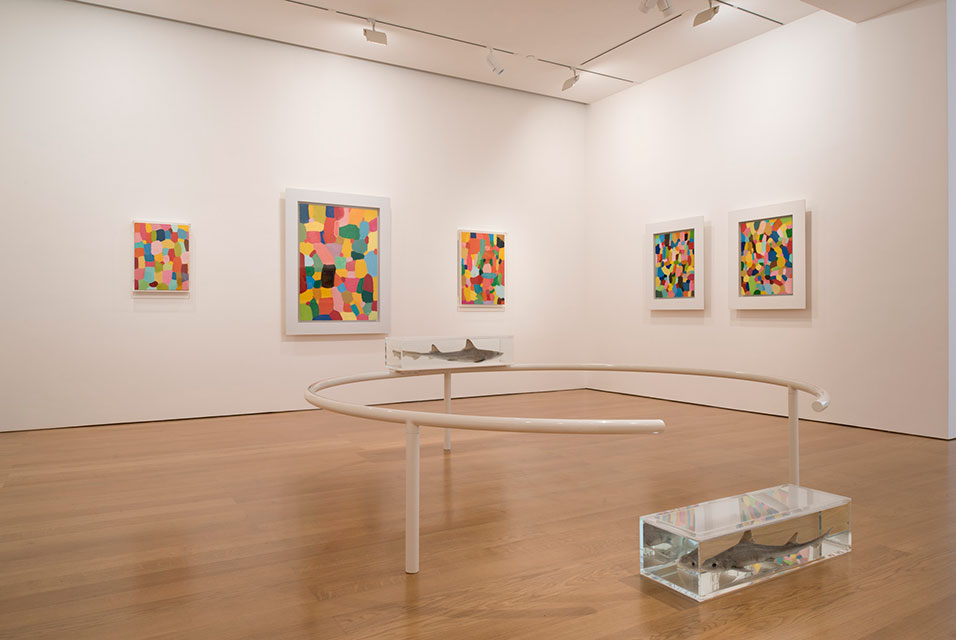 Through series as diverse as the “Spot Paintings”, “Medicine Cabinets”, “Natural History” and butterfly “Kaleidoscope Paintings,” he has investigated and challenged contemporary belief systems, tracing the uncertainties that lie at the heart of human experience. This exhibition juxtaposes the joyful, colorful abstractions of his “Visual Candy” paintings with the clinical forms of his “Natural History” sculptures.

Judd and Malevich Joined Forces At The Exhibition In Zurich

Unusual Selection Of Works By Asian Designers For Gucci