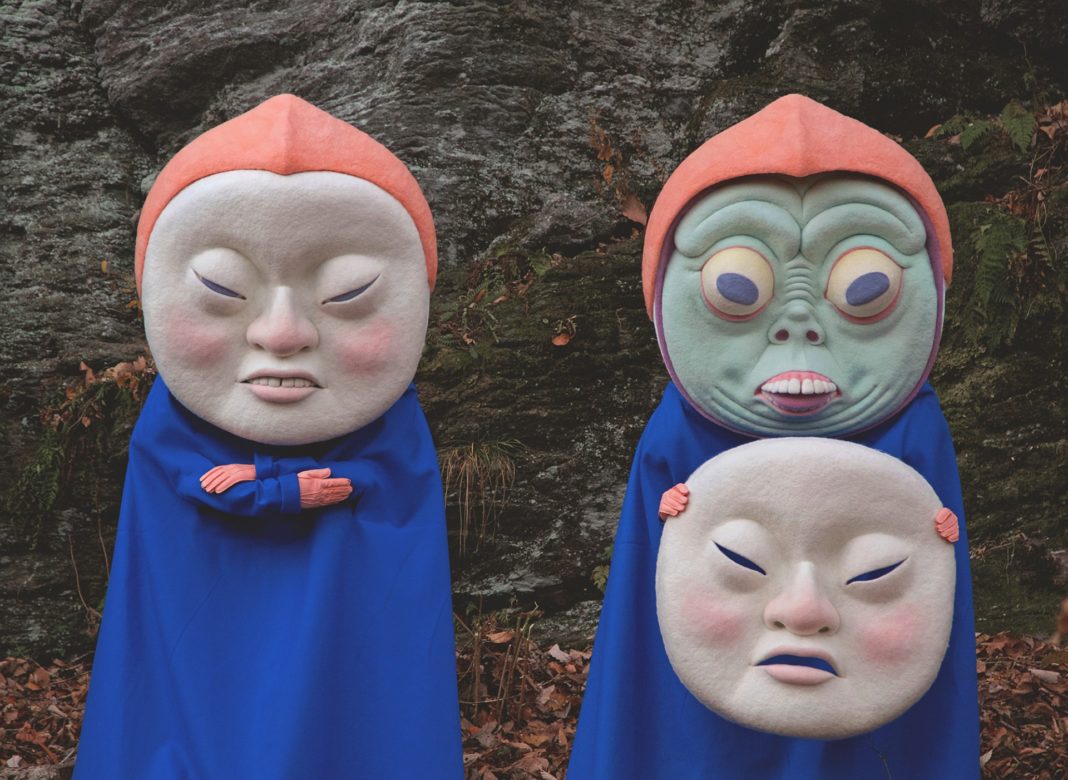 Artist Paolo Del Toro uses needle felting to create massive masks and sculptures out of wool and foam. His creations depict mythical faces in expressions that range from grotesque grimaces to contemplative introspection; all of his works feature open mouths. While Del Toro’s work is not tied to any particular cultural visual heritage, the shifting personalities of his characters are reminiscent of Japanese Noh theater masks, which are designed to show different emotions from different angles. 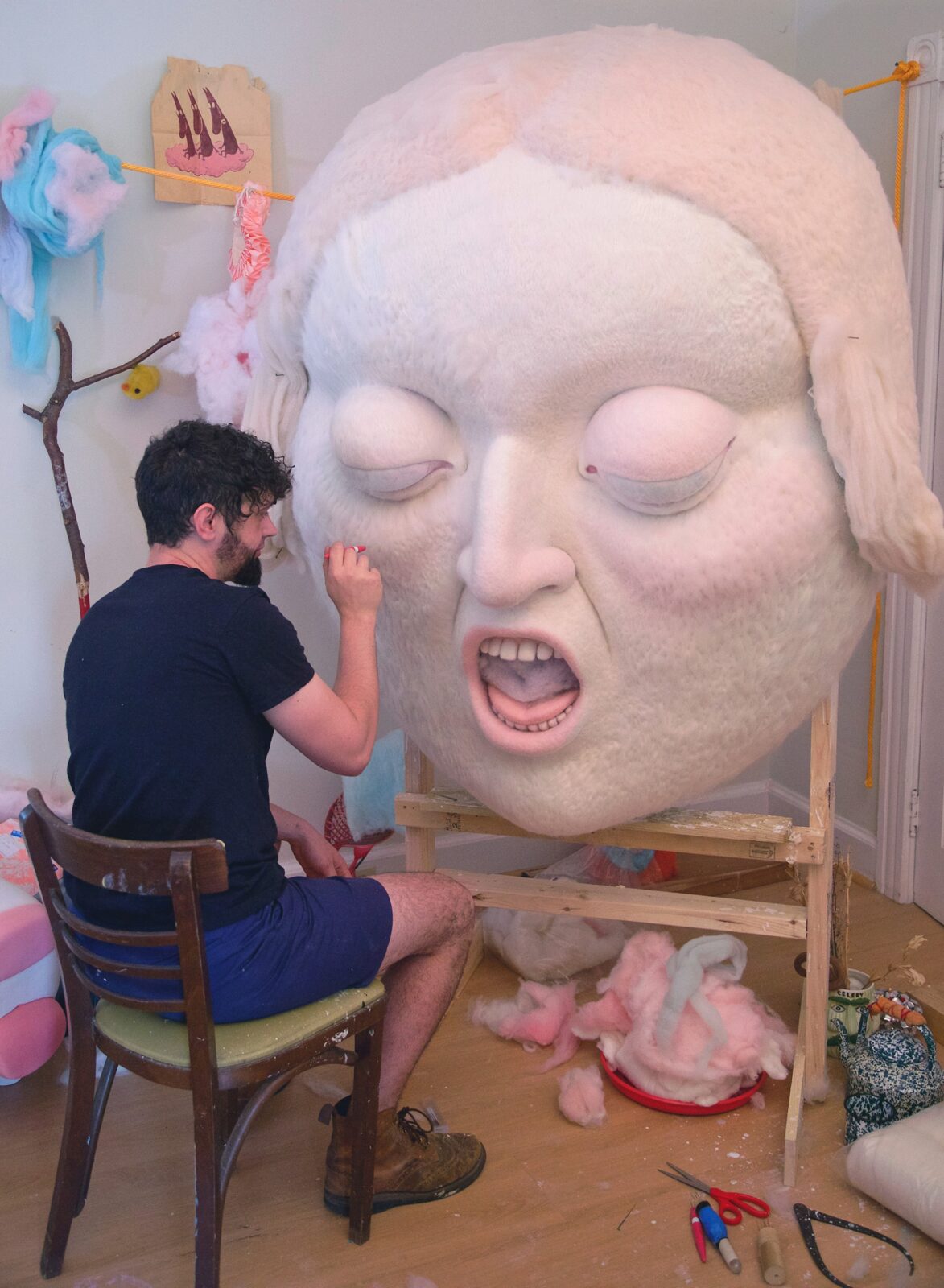 “I try to find a place in my sculptures that unifies beauty and ugliness. That’s not to say finding somewhere in the middle, but rather finding the place where both coexist at the same time… I hope that by challenging our perspectives, we might look upon one as also the other, and, through that notion, become able to encroach further into the otherness of our dreams and imagination than we might otherwise fear to tread.” 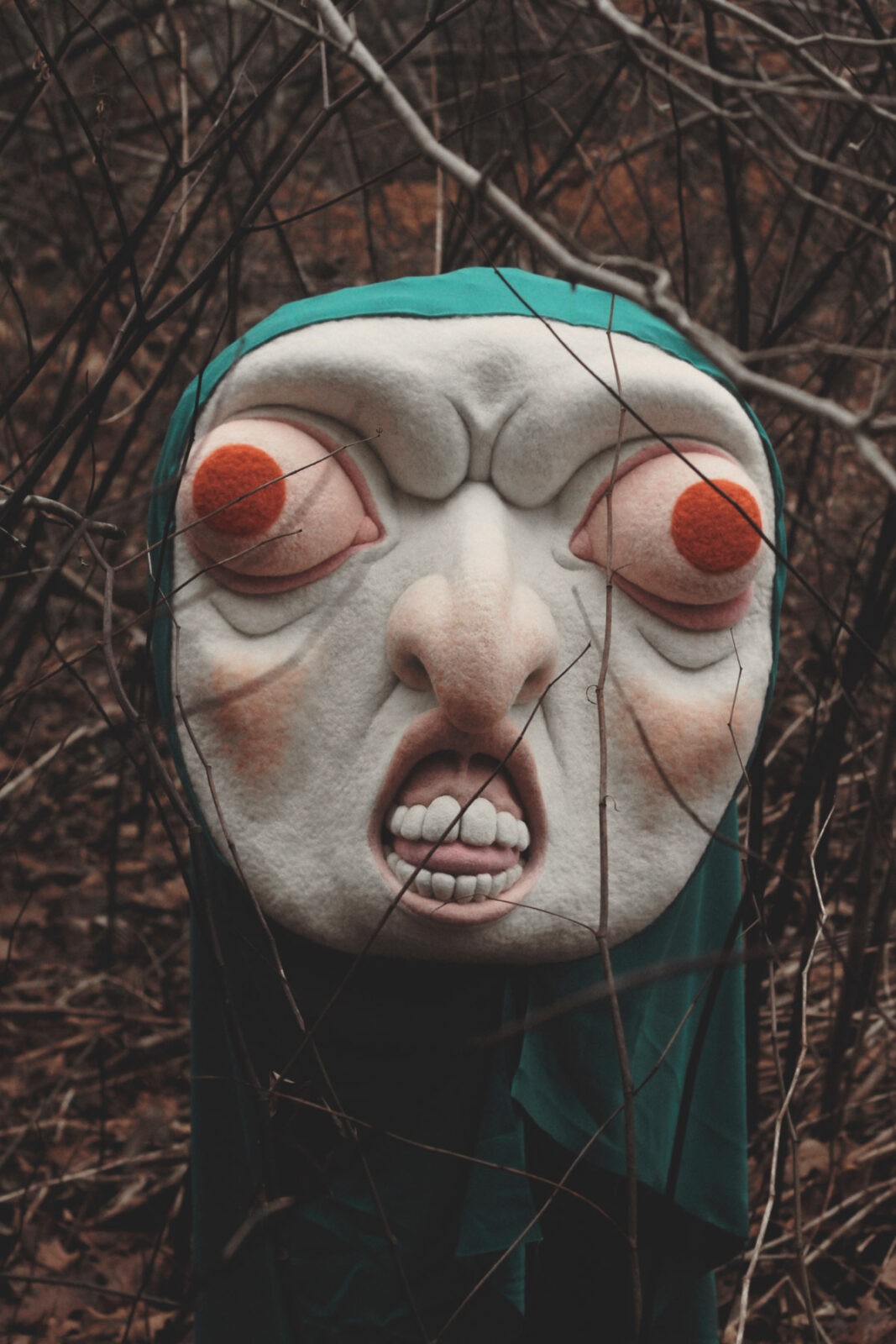 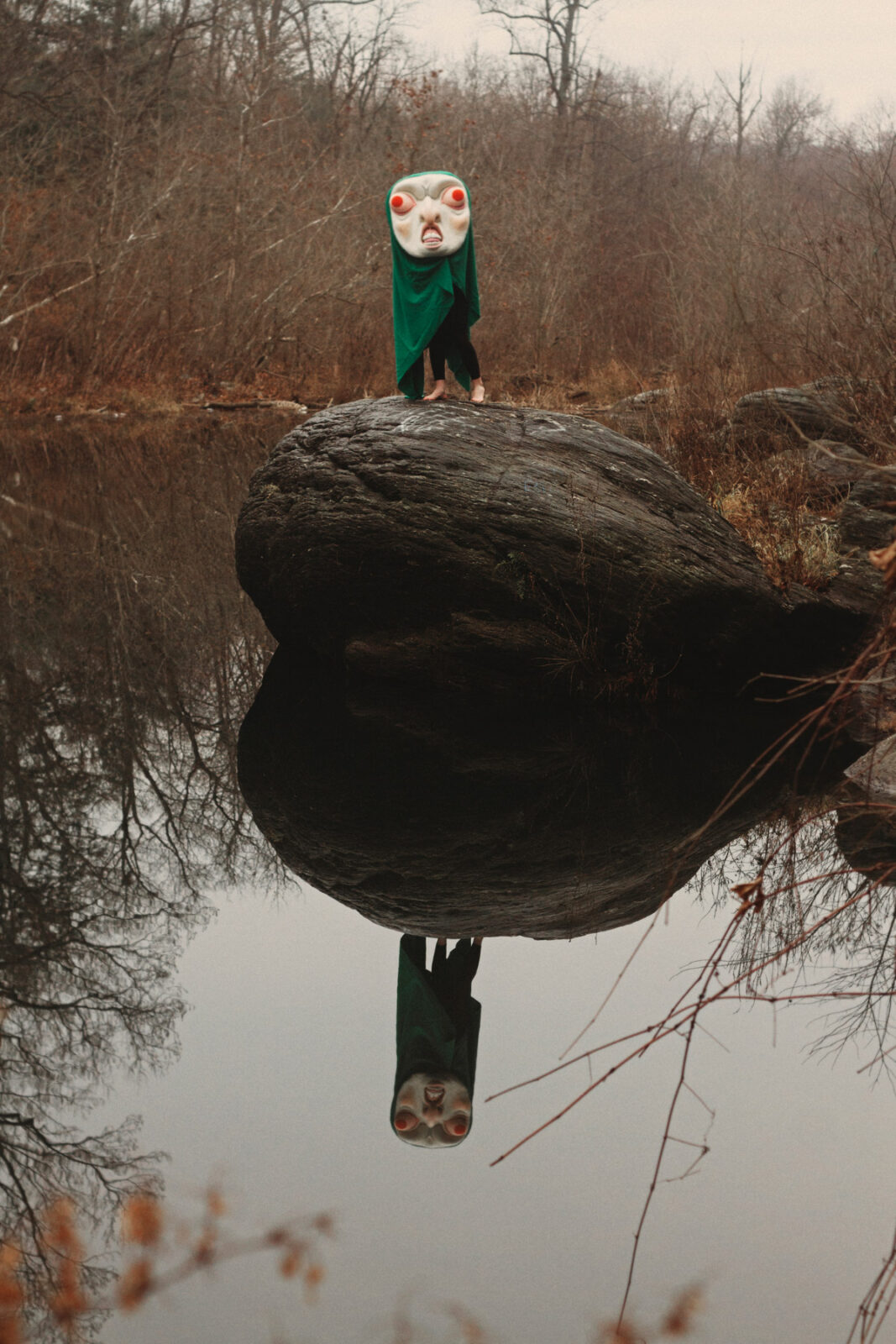 Paolo Del Toro is a British-born artist currently residing in the US. Originally trained as an illustrator, he began teaching himself sculpture and woodcarving in 2011. His journey in sculpture began whilst whittling a mermaid under a tree in the Pyrenees mountains. The process of turning a twig into a mermaid struck him as a magical one, and he has been hooked on sculpture ever since. His first project was a series of wooden boxes in the shape of heads, which allowed him to practice sculpture while traveling. Directly influenced by his nomadic lifestyle, the boxes are small, lightweight, and hollow. After settling in the US three years ago, Paolo was able to start making larger sculptures and began to experiment with felt. His current pieces are made of foam and needle felted wool. 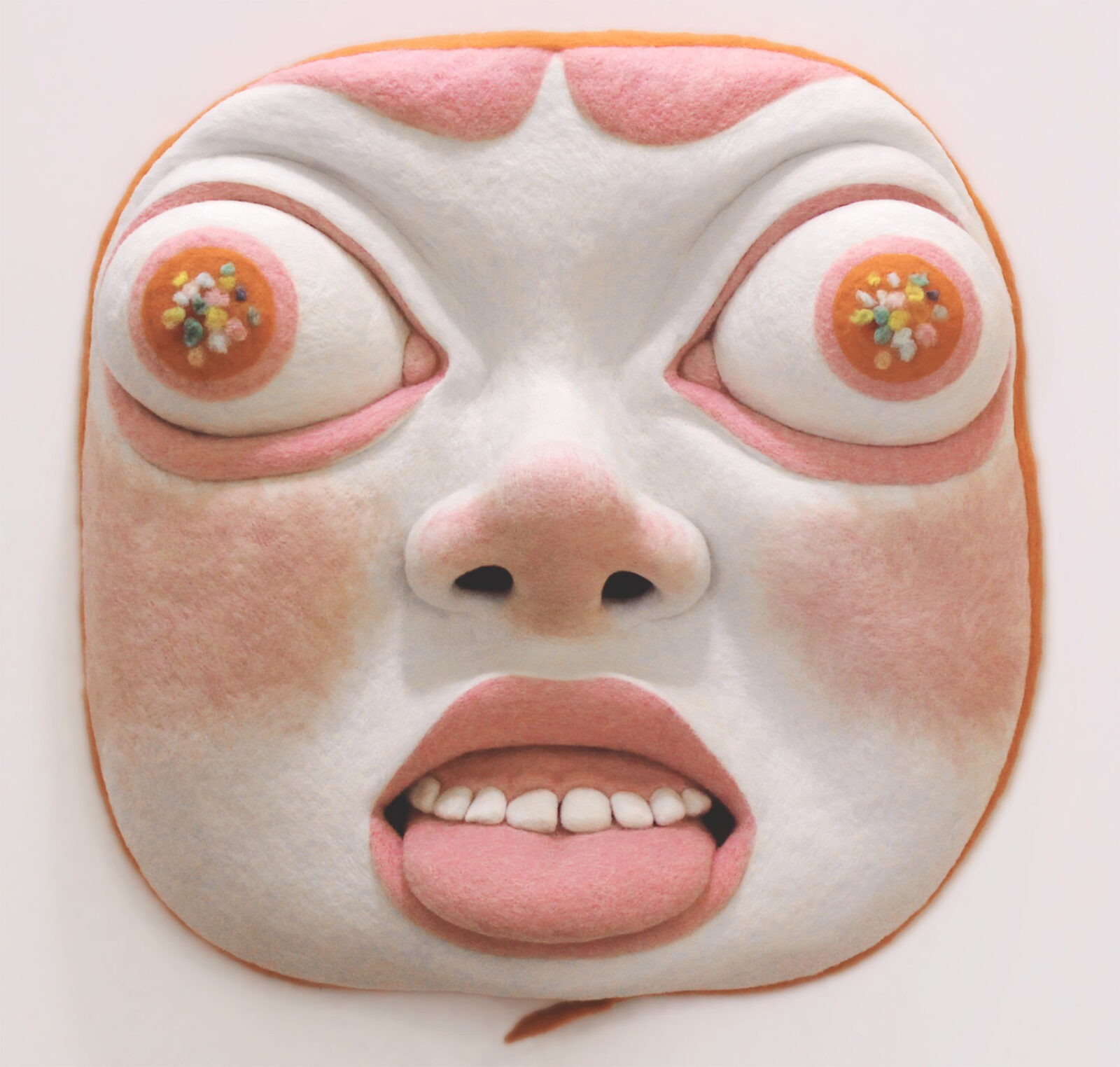 Often described as bizarre, unnerving, whimsical, and dreamlike, his work is influenced by myths and fairytales, outsider, folk, and tribal art, Forteana, Jungian theory, and Gnosticism.

Since moving to the US, Paolo has exhibited his work in the Jonathan Levine Gallery in New York. He has been featured in various print and online publications including It’s Nice That, Hi-Fructose, and Juxtapoz. 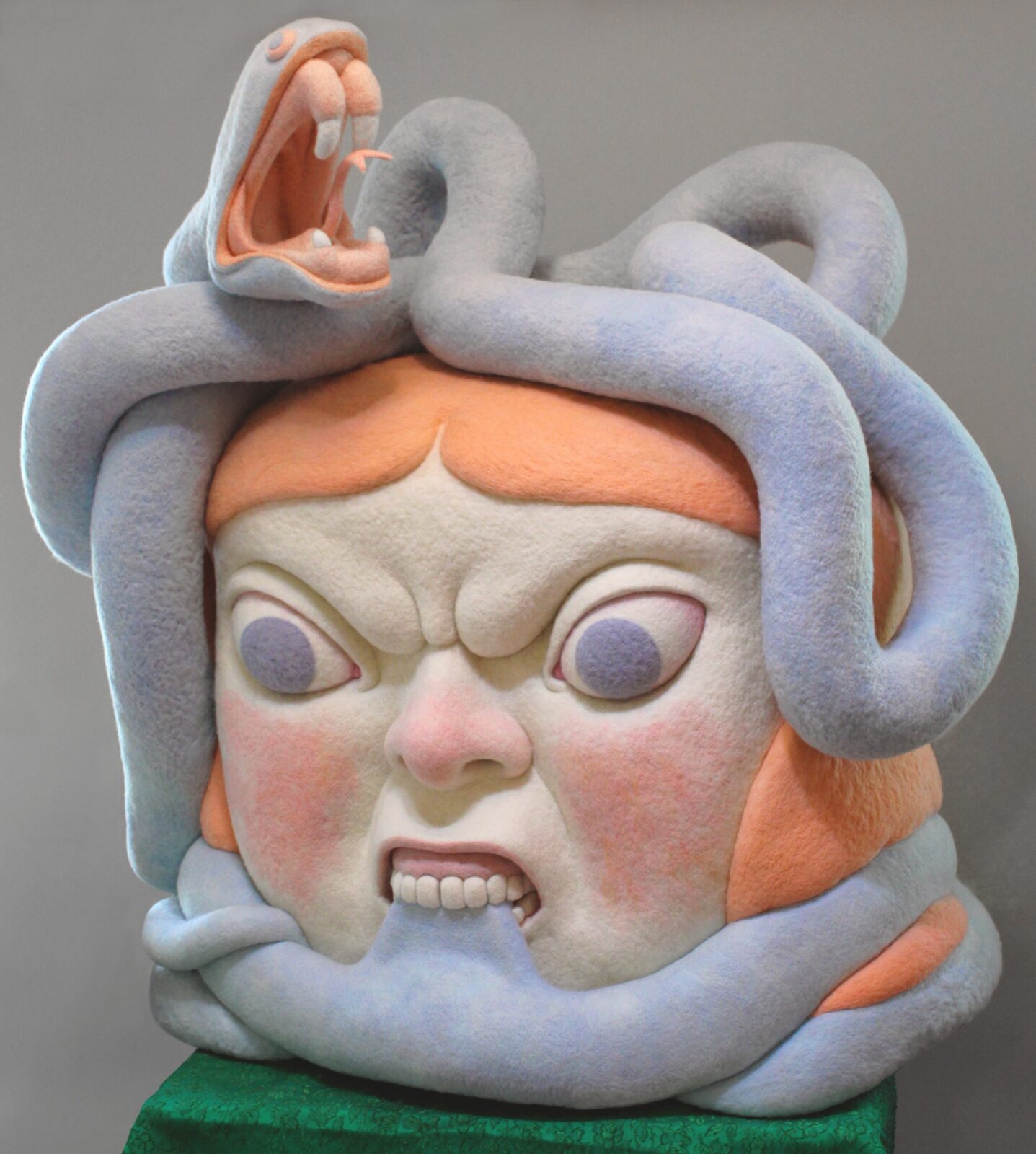 Paolo currently works at Pennsylvania College of Art and Design as an Adjunct Professor. He loves collaborating with other artists, so get in touch if you have a project in mind.

Since settling in the United States in 2015, he has begun to explore larger and more involved work: his most recent felt sculpture is nearly seven feet tall and took four months to complete. The artist currently calls eastern Pennsylvania home, where he is an Adjunct Professor at Pennsylvania College of Art and Design. 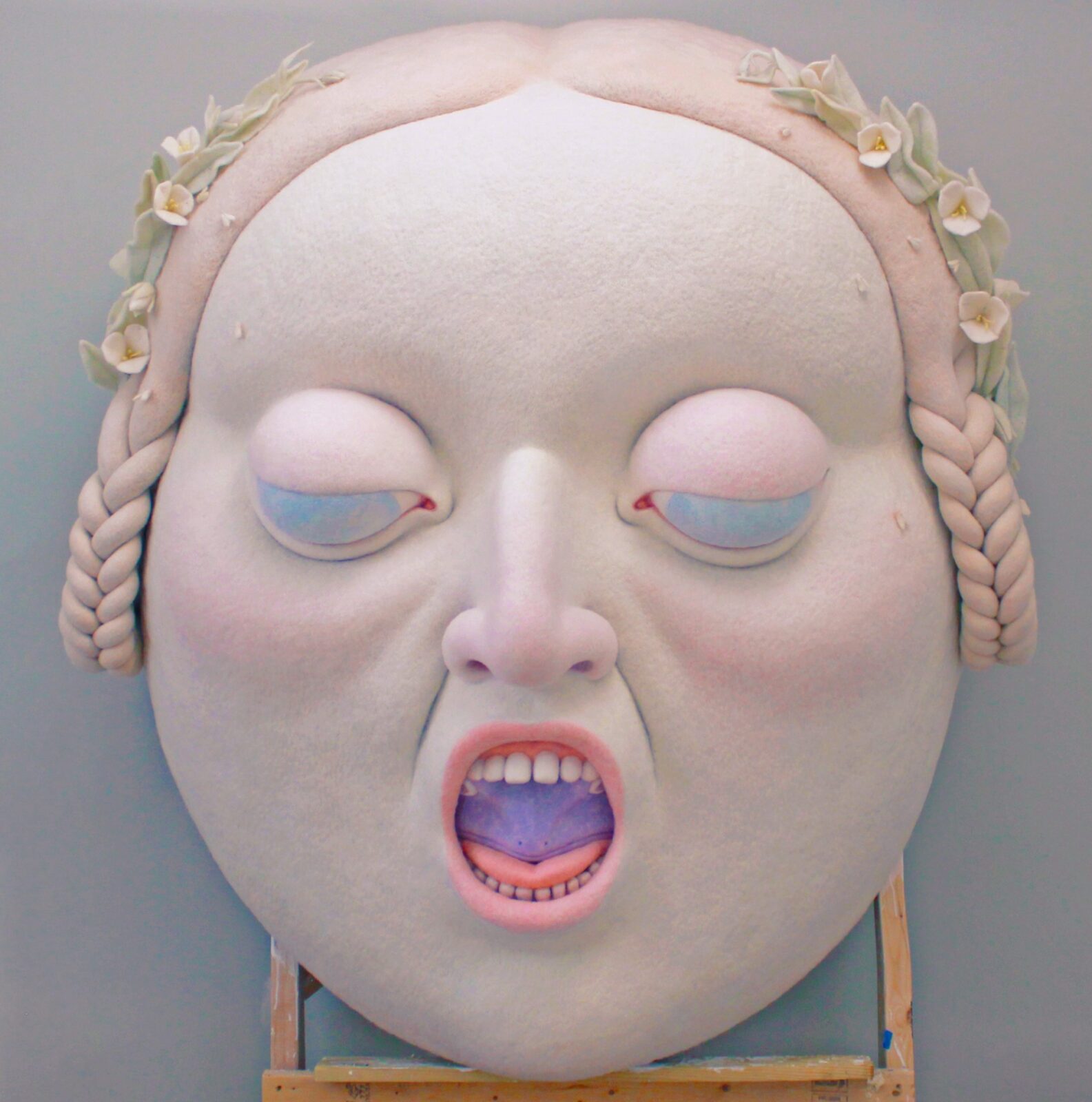 You can see more of the artist’s work, including his woodcarving, on his website, as well as on Instagram and tumblr. 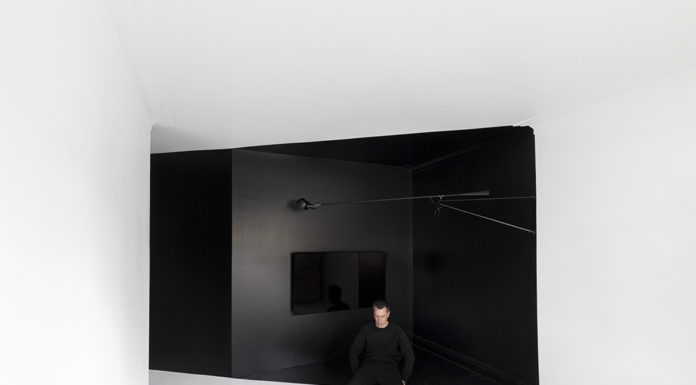 Metallica’s Latest Is Quality Thrash That Gets A Little Tiring

You can now hear the NASA Satellites | StudioKCA 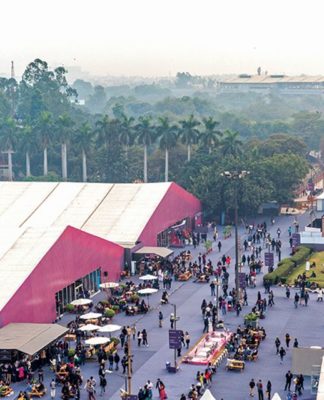 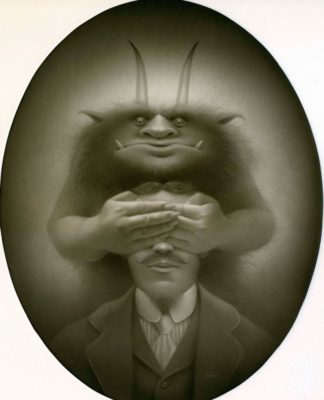 Retro Portraits Of Monsters In The Paintings By Travis Louis 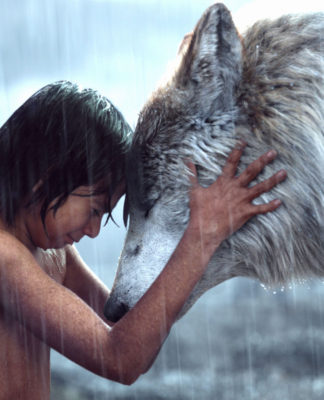 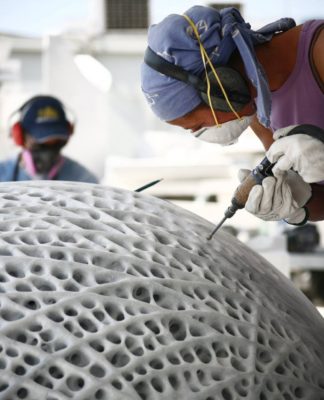 Helen - 19.01.2020
0
What if the smiling lady in Goya's pastoral painting was actually a frightened refugee fighting for survival? The Prado Museum in Madrid has teamed...