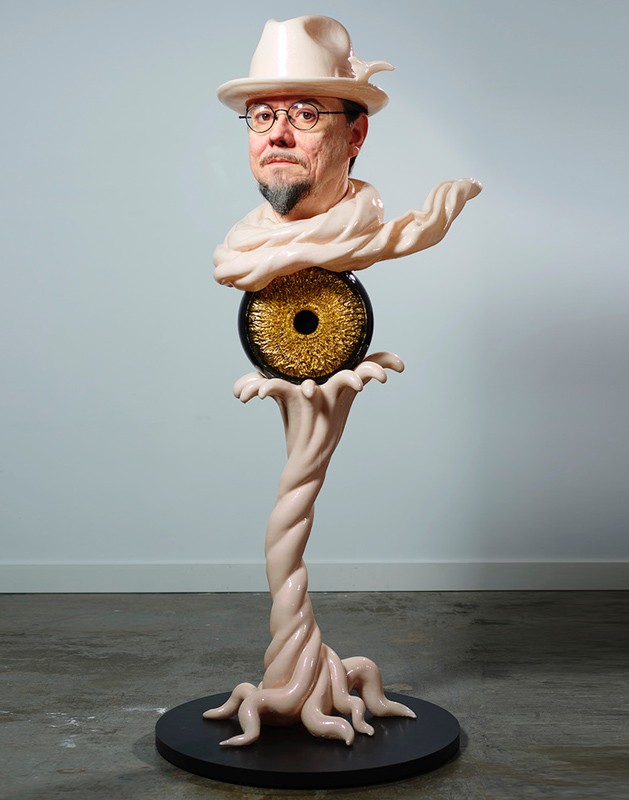 Continuing his uncanny ability to capture the human form with his artistic touch, Kazuhiro Tsuji recently revealed his newest sculpture at the Copro Gallery booth during the LA Art Show.  Perched precariously on a big eye, perhaps a referencing one of the key features of the lowbrow luminary’s work, is a mind-blowingingly accurate replication of Ryden’s face. The detail “allows for close examination of each pore with a level of scrutiny not even permitted to lovers” and is testament to Tsuji’s skill, honed through many hours of work as a former special effects makeup artist in Hollywood. 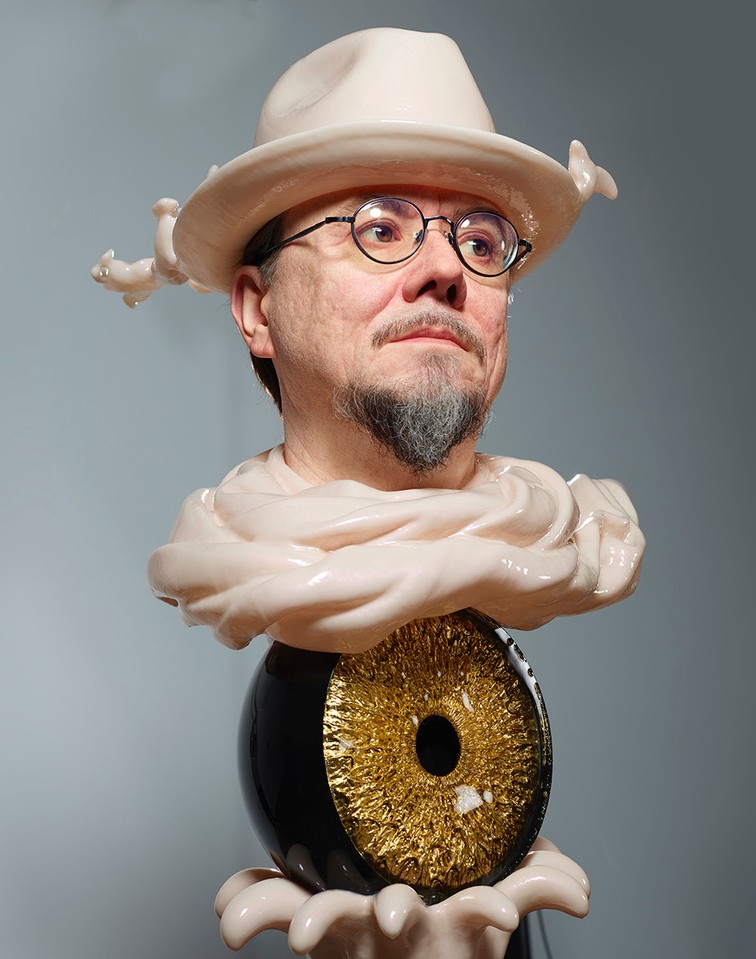 Kazu is a self taught pioneer in the craft of using contemporary materials to create the illusion of life.  Having discovered the art of special effects makeup for himself while perusing American magazines as a teenager, he developed skills through mimicry, trial and error. 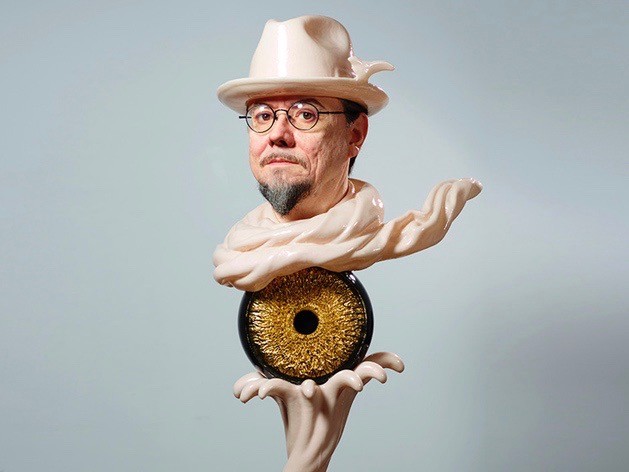 Kazuhiro Tsuji, who worked as a make-up artist on the image of Brad Pitt in the tape “The Curious Case of Benjamin Button,” made up for young Bruce Willis the actor Joseph Gordon-Levitt for the movie “The Loop of Time.” For each bust of the artist takes three to four months, if every day work for about 16 hours in the workshop. His art studio is in the city of Burbank (Burbank), in Los Angeles County.

The career of Kazuhiro Tsuji himself began after he, as a student who independently studied make-up art, transformed himself into Lincoln, the 16th president of the United States of America. This was spurred by cosmetic technology, tried by Dick Smith in the 1985 and 1985 North and South television series, which he read about in one of the magazines. Tzuji admits: “Lincoln is, of course, a vivid example of a great man, and a hero for many people.” I respect him very much, and I just love his face. “ 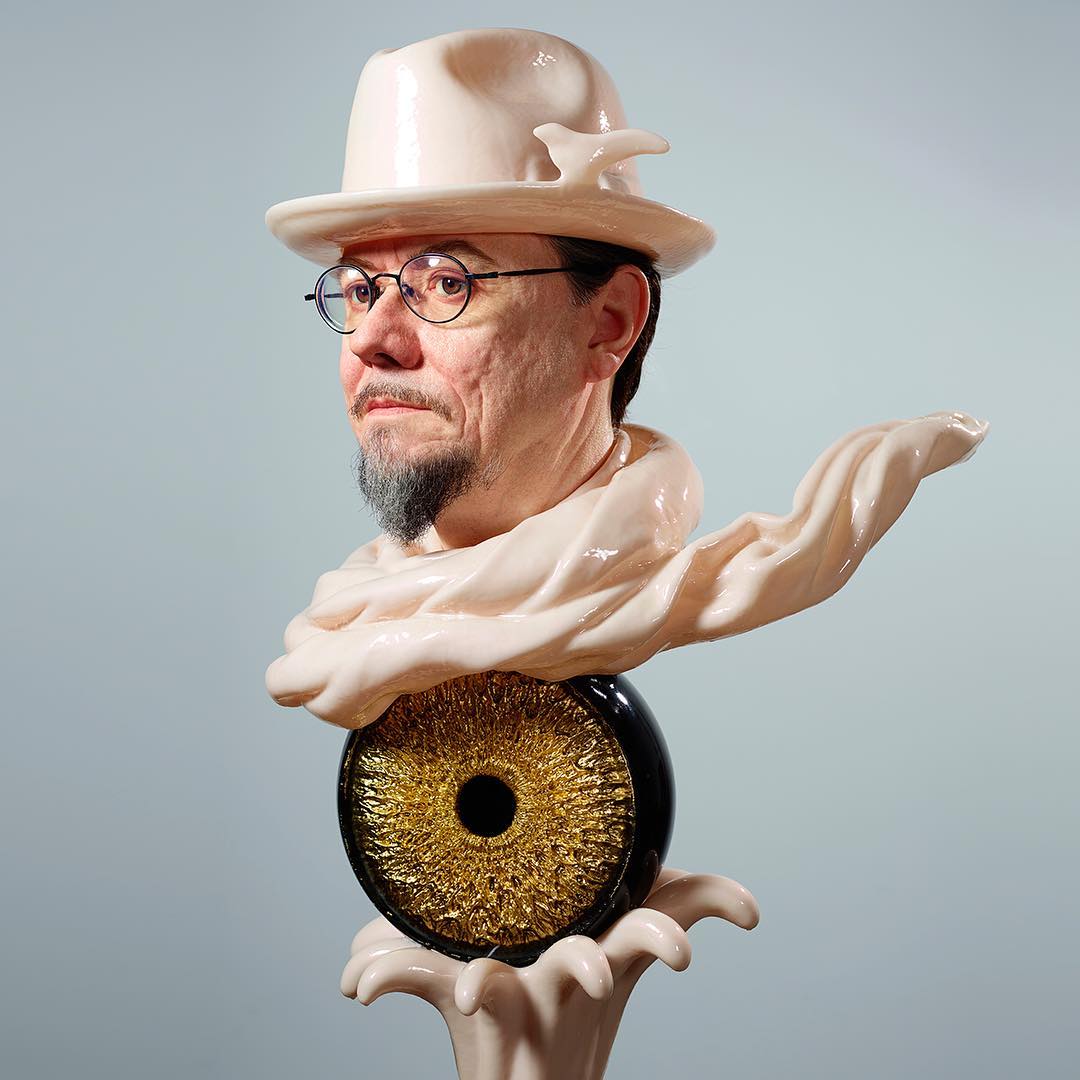 Later, a young man who did not have the money to pay for his education, founded his own company, worked on several Japanese films, for example, Rapsody. At one time, Tsuji taught the basics of special effects in makeup at the Animation Institute. In Hollywood, he worked on such films as “Men in Black”, “Planet of the Apes” and “Grinch Stole Christmas”. Tsuji’s film career helped him gain experience with various materials and techniques necessary for his true passion – portraiture and sculpture, when the three-dimensional bust looks like a living person.

Working on external similarity, the Japanese artist seeks to express the inner world of his model. Created by him portraits, from which he singles out primarily Lincoln and Andy Warhol, convey to the audience the emotions of these characters.

The most famous of the 3D-busts created by Kazuhiro Tsuji: Abraham Lincoln, Salvador Dali, Andy Warhol and Hollywood make-up artist Dick Smith (pictured). In the process of working on his sculptures, the artist uses various materials: special molds, gelatin, latex, paints and so on. Tzuji is not just a portrait painter, he also conducts master classes for all comers and organizes his personal exhibitions.