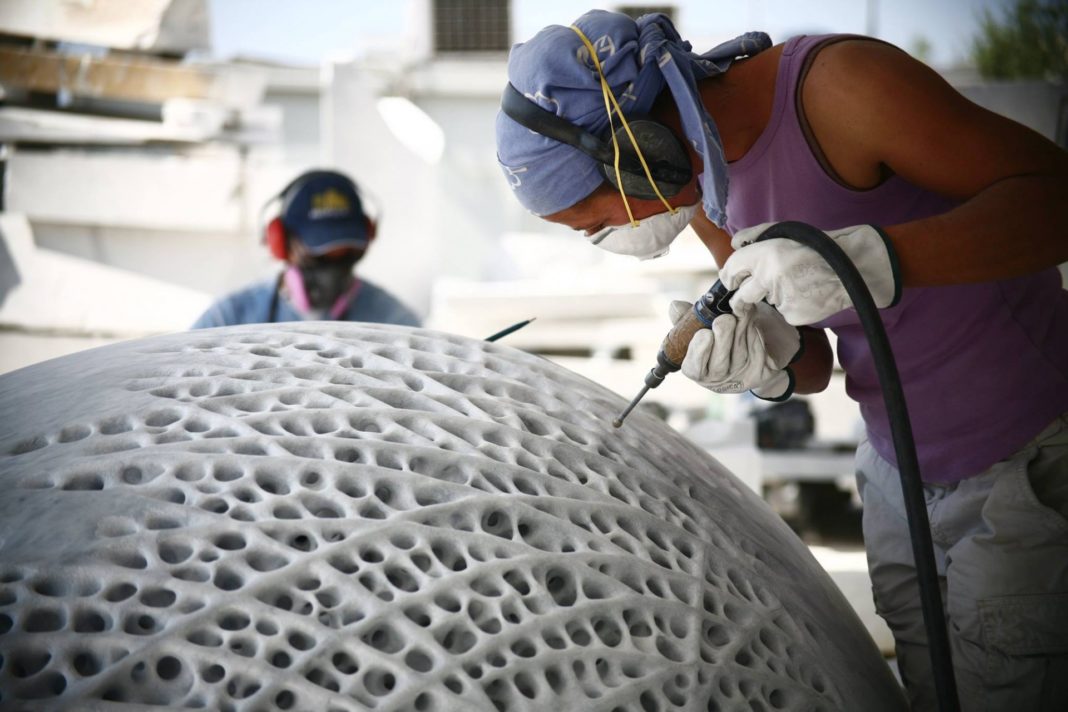 Sibylle Pasche is a Swiss artist and sculptor. She lives and works in Zurich, in Carrara, and the USA. From 1996 to 2000 Sibylle studied sculpture at the Academy of Fine Arts of Carrara. From 1999 to 2002 she taught at the Liceo Artistico in Zurich. Sibylle is known for her large-scale outdoor sculptures. She mostly works with stone (Carrara marble, travertine, black Belgian marble). 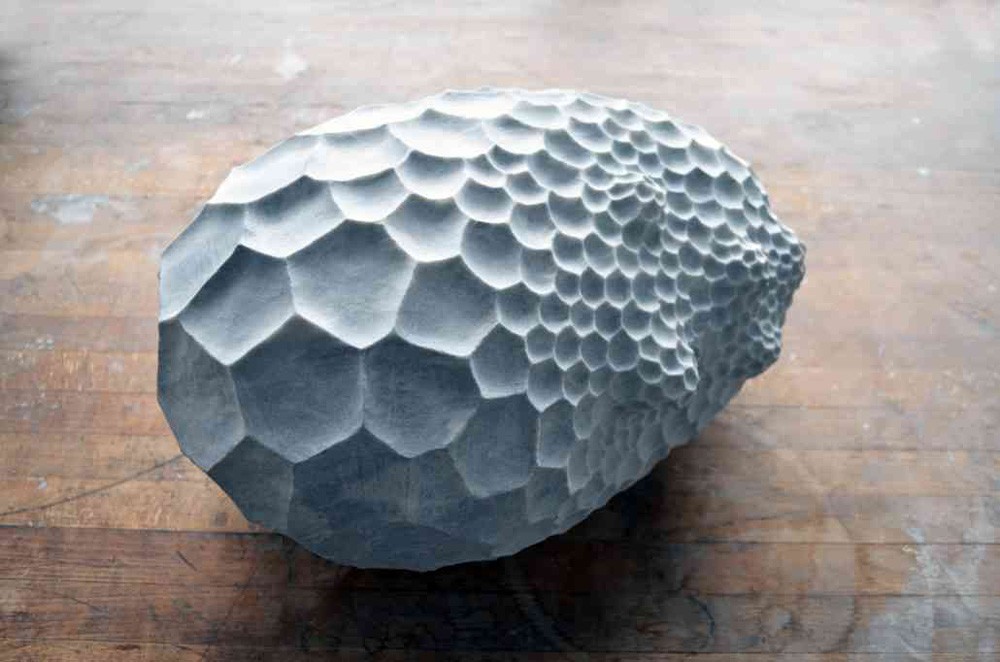 The processes of nature and the poetry of simple shapes in daily life inspire Sibylle. She works with well-known structures and shapes which she develops further according to her own rules of rhythm and proportion. Her objects, weighing several tons, resemble grounded boulders. The choice of stone as her material, with its durability and the corresponding notion of longevity, has a force that runs counter to the contemporary zeitgeist of today’s fast-paced world. Sibylle has exhibited widely in Europe, North and South America. 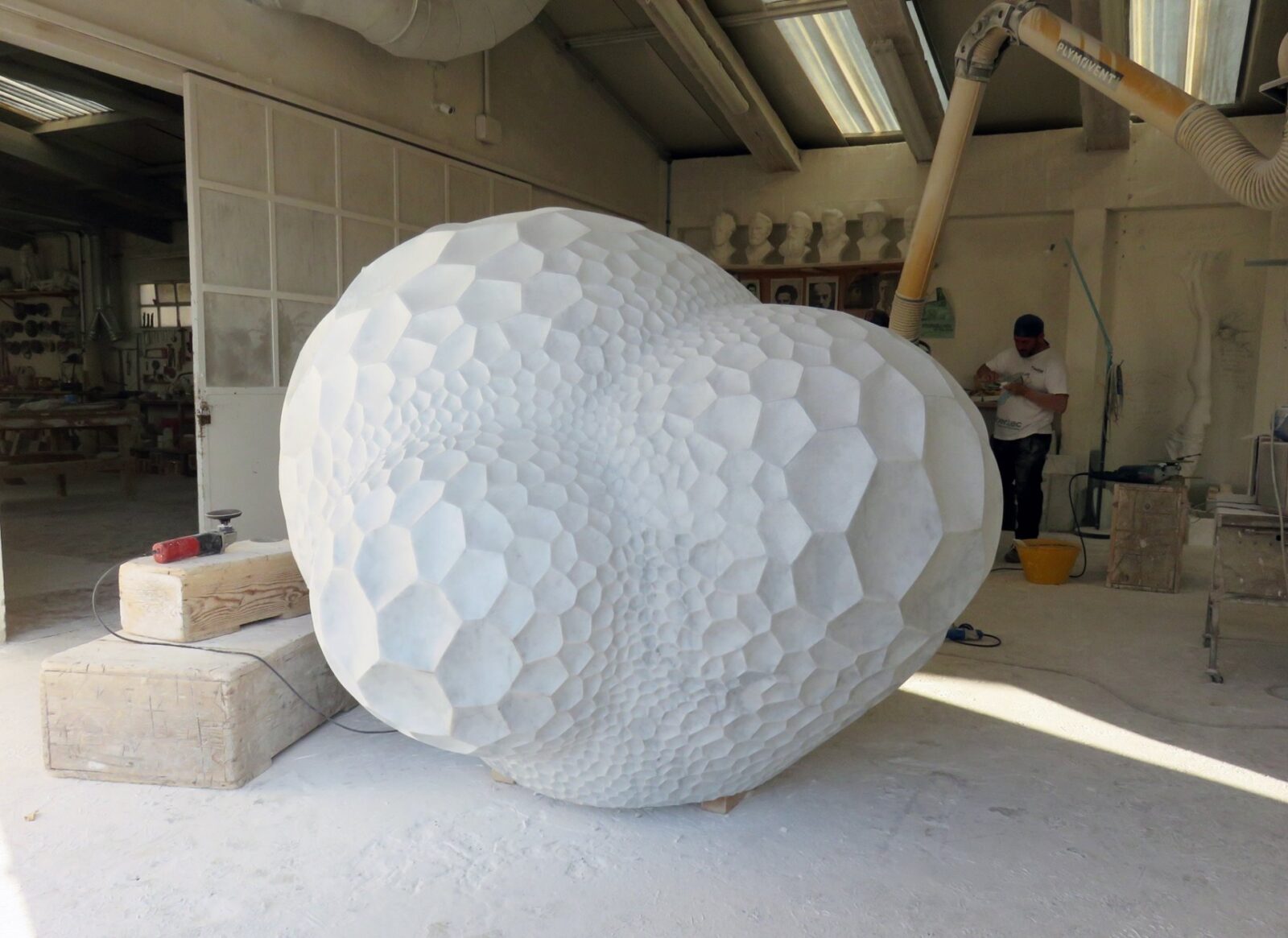 These holes provide a peek inside the works’ complex interiors while also evoking the structure of a capillary system or the dense composition of a sea sponge. These openings visually conflict with the density and weight of her chosen material, which can often weigh up to several tons. 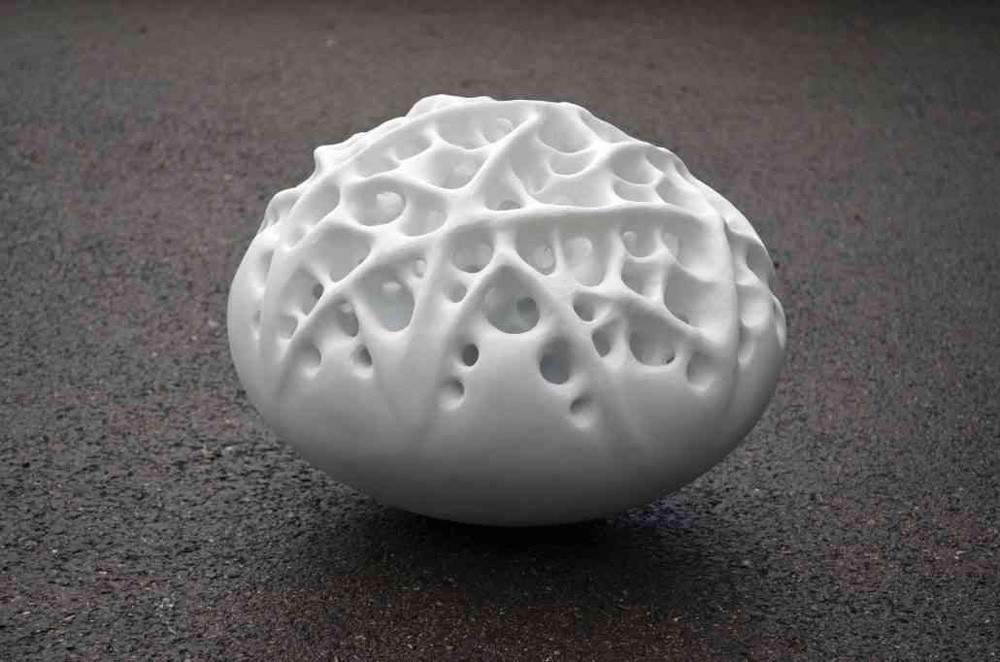 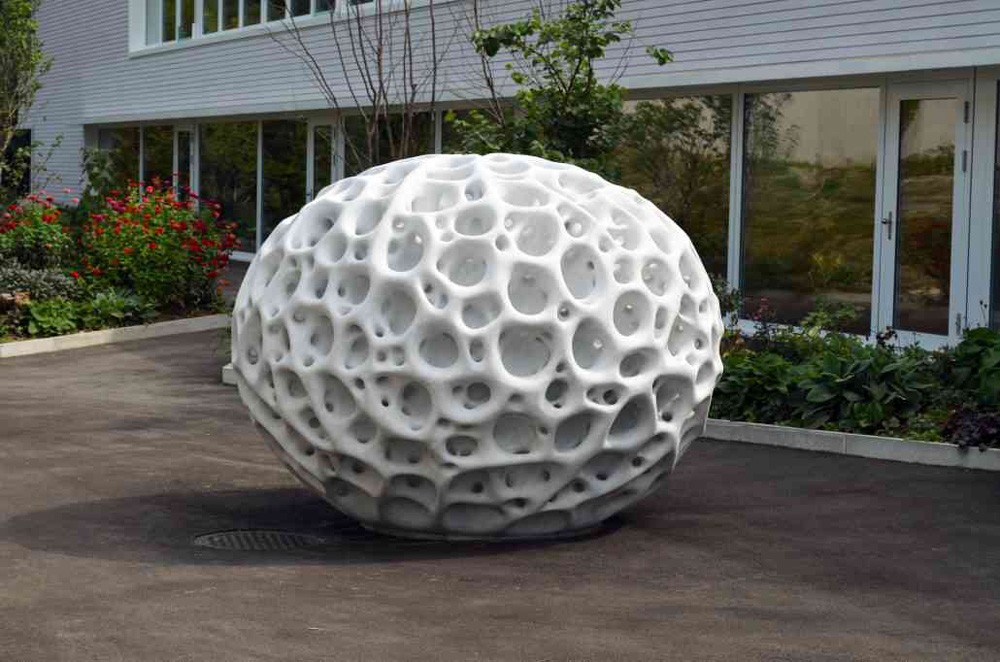 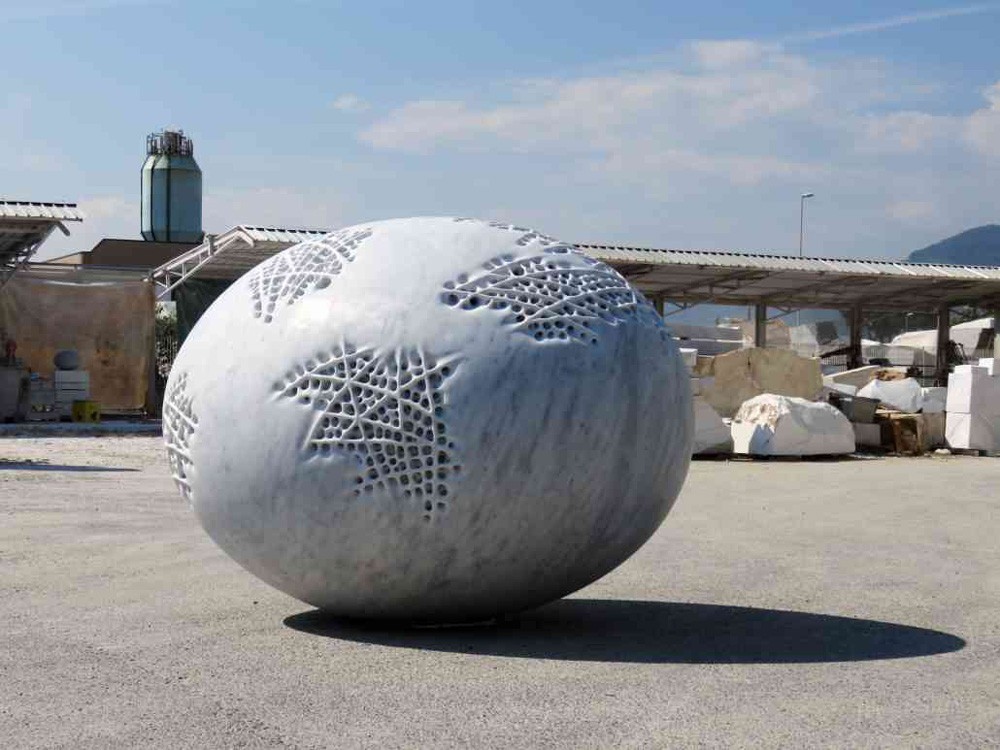 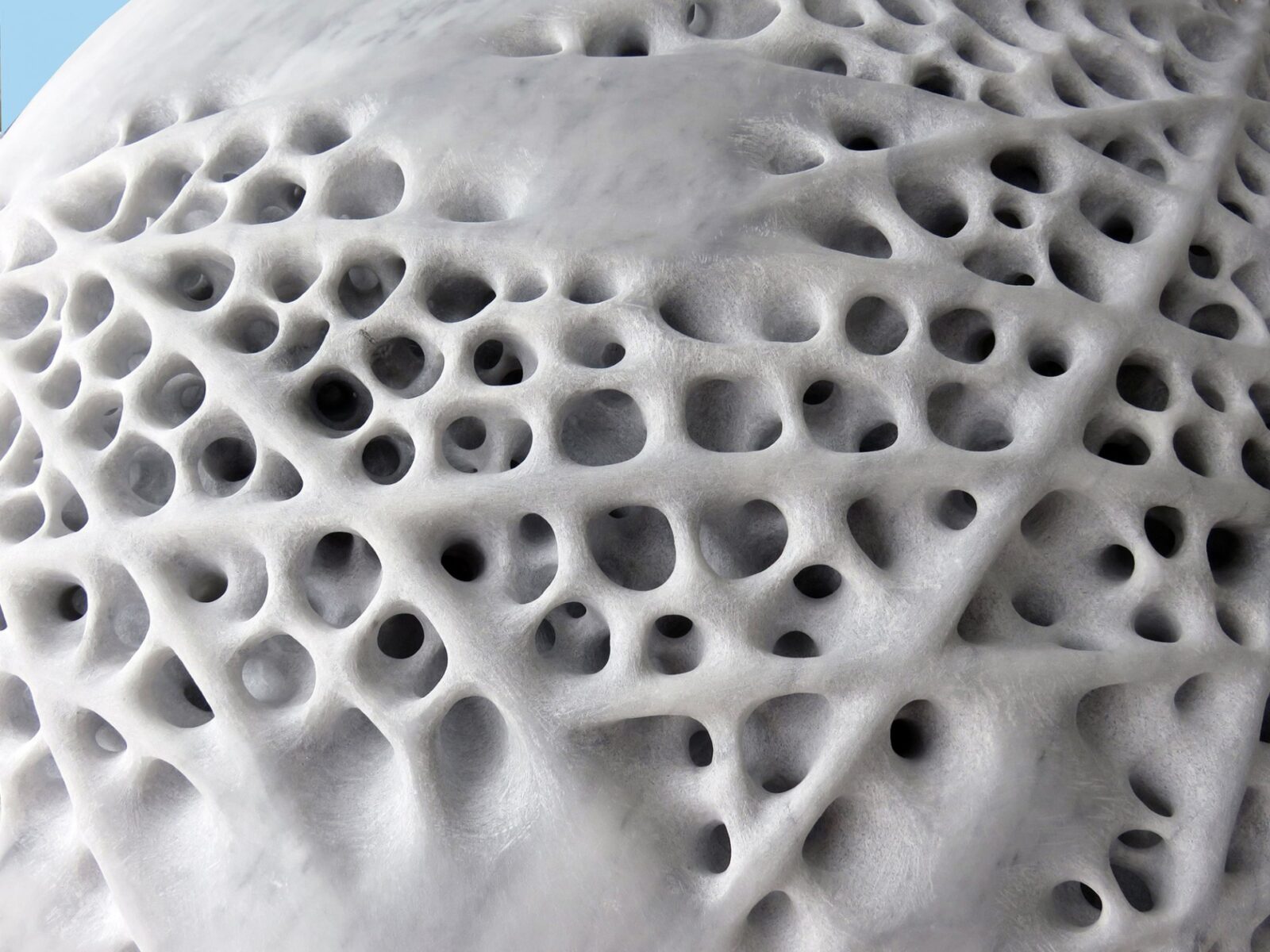 Pasche was born in Switzerland and studied art at the Liceo Artistico in Zurich. She currently keeps two European spaces for her work, splitting time between her studios in Switzerland and Carrara, Italy. You can see more of her large, sculptural forms on her Facebook and website.