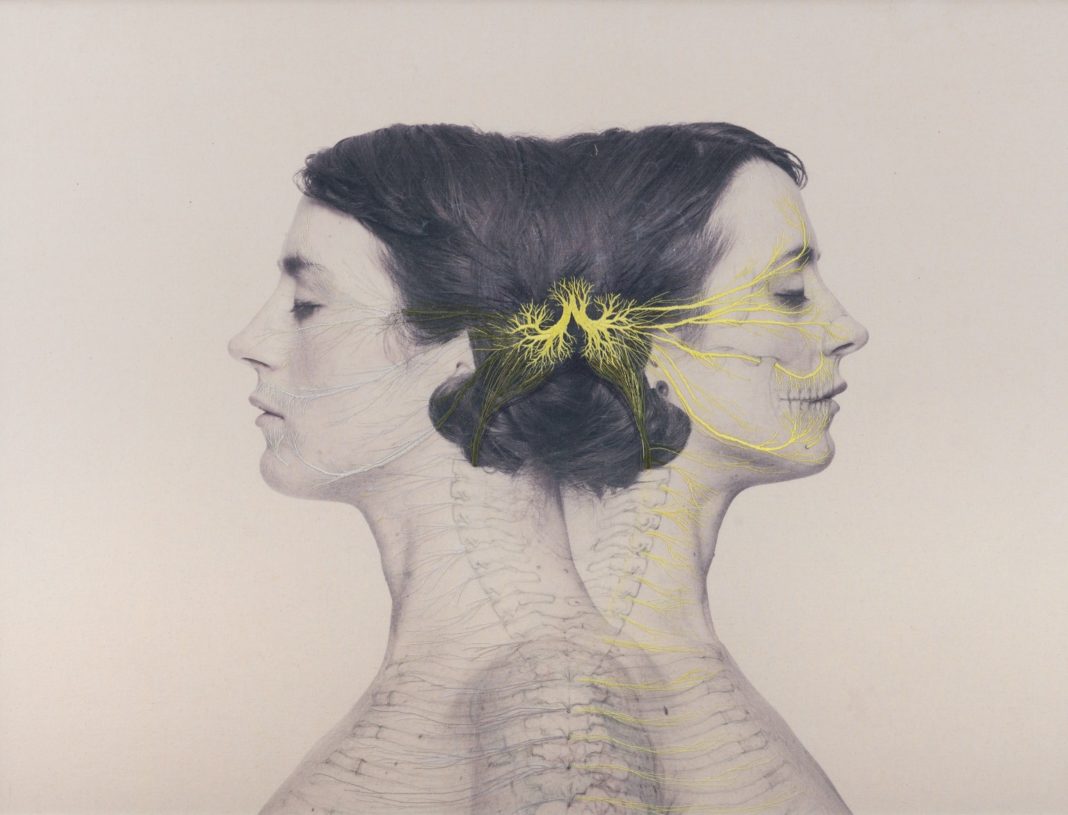 Artist Juana Gómez turns her gaze inward in order to understand the larger systems that compose the outside world. She embroiders the bones, muscles, veins, and synapsis that lie below her skin onto self-portraits, tracing her biological structures as a way to translate the similar patterns found in nature and modern civilization. 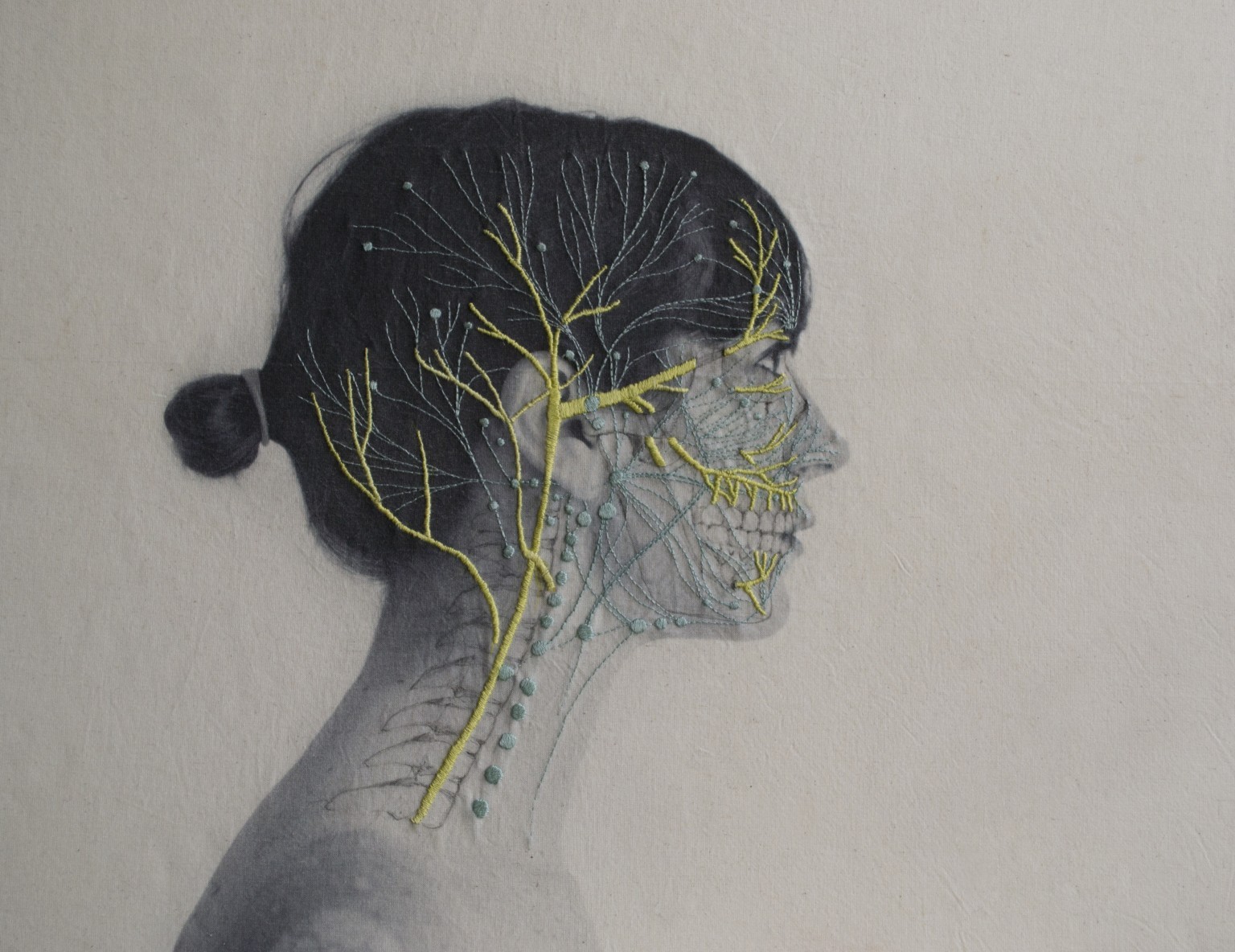 “There is fundamental law that can be seen in the veins of a leaf, the course of rivers and their tributaries, the circuits of the central nervous system, the currents of the sea, and the routes of traffic on the Internet,” says Gómez in an artist statement. “Deciphering this common language, which connects the micro cosmos with the macro cosmos, the external and the interior world, allows us to distinguish a pattern that influences inert, biological, social and cultural systems.” 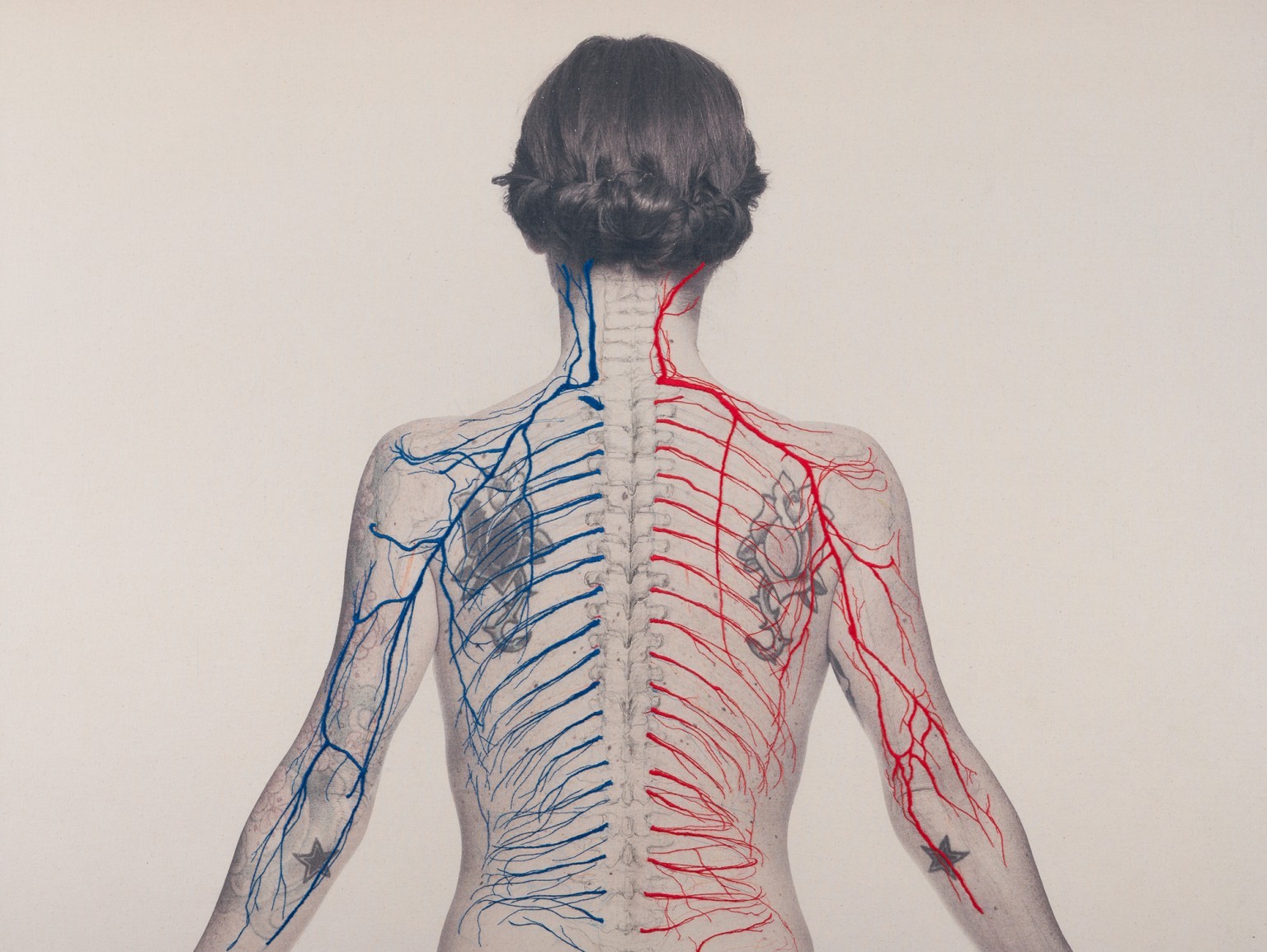 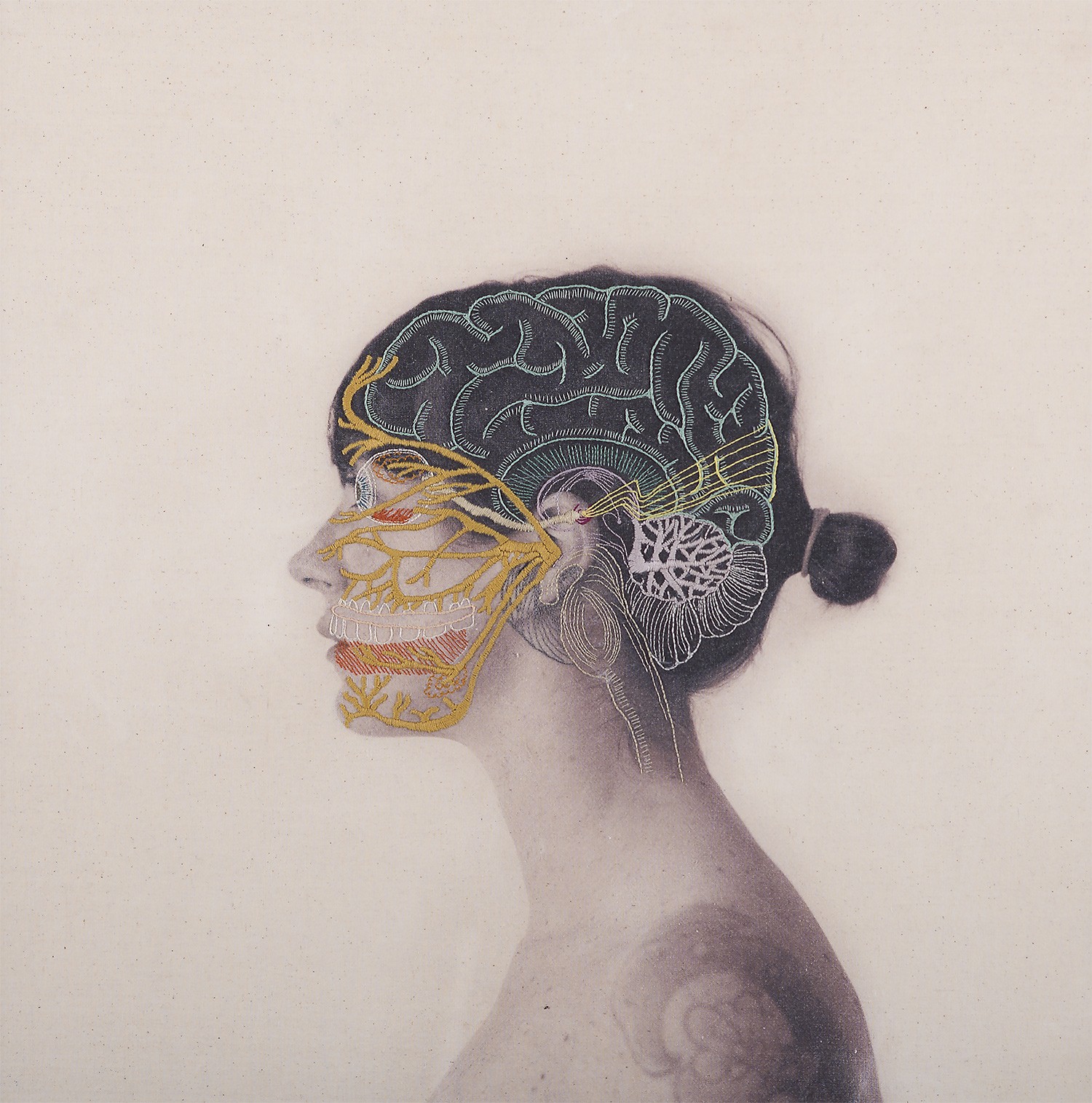 Gómez first photographs sections of her body—face, torso, hands, legs, feet—which she then prints onto loose linen or another similar fabric. Next, she embroiders onto her duplicated skin, stitching brightly colored thread over her tattooed body (an element which adds another layer of texture to her personal works). In addition to these embroidered self-portraits, Gómez has also created an in situ thread-based work titled Cultivo.

You can see both methods of her practice on her website.