Kate MccGwire‘s roiling feather sculptures juxtapose the beautiful, delicate material with discomfiting shapes. Whereas her earlier work tended toward sprawling installations that oozed and slid toward the viewer, MccGwire’s more recent pieces are tightly wound and displayed within the confines of frames, cabinets, and bell jars.

Kate MccGwire (born 1964) is a British sculptor who specializes in the medium of feathers. Her work experiments with the binary notions of beauty and disgust, malice and tranquillity, and the familiar yet otherworldly. Her use of pigeon feathers takes a waste product of the ‘rats with wings’ and elevates them to the status of art. By re-framing the object, placing it out of context, it generates a kind of ‘field of attraction’ around it, the viewer is left both seduced and alienated, relishing the spectacle but at the same time aware of something disquieting, something ‘other’. 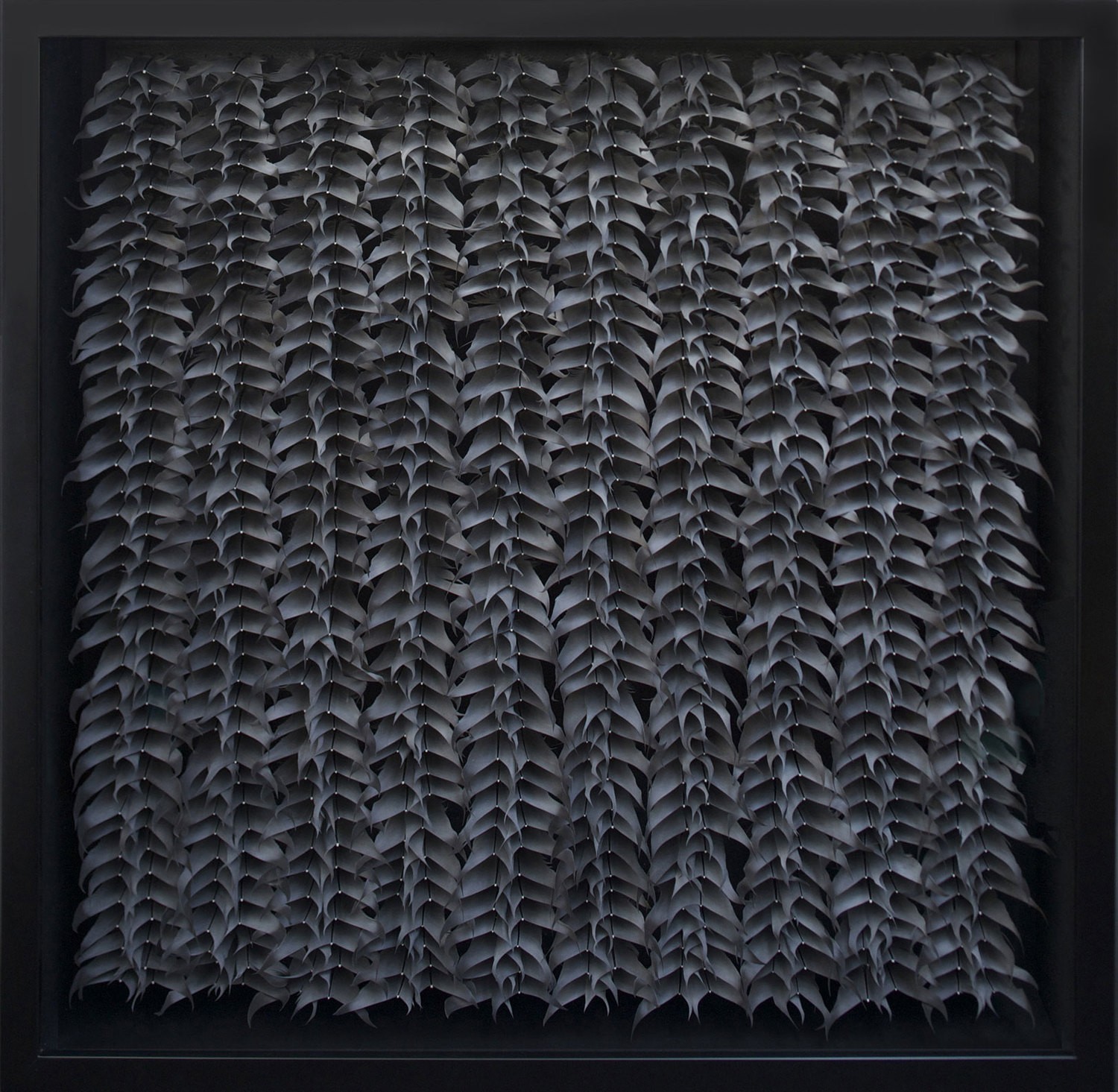 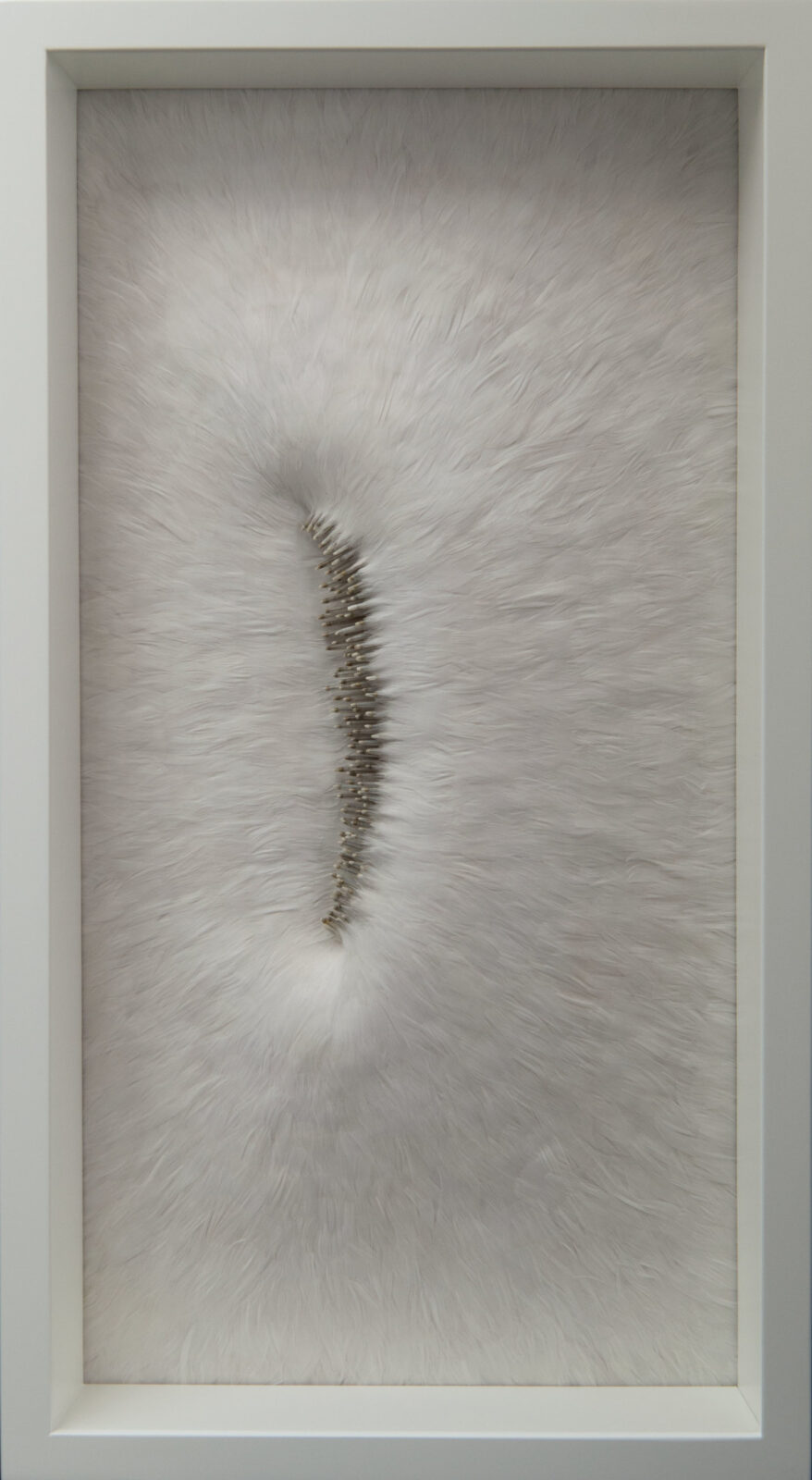 Much of MccGwire’s practice references Freud’s ‘Unheimliche’ (the uncanny, or, literally, the ‘unhomely’), the idea of a place where the familiar can somehow excite fear. It also embraces artistic notions of the Abject. In so doing the artist creates a shift from a world in which objects sit in their conventional place and allows a new perspective, exposing the viewer, in the most visceral way possible, to the truths that lurk behind the familiar and to the reality of what it is to be human – a brutal but also unrelentingly beautiful consciousness of the ugly and the funereal, fear and disgust. 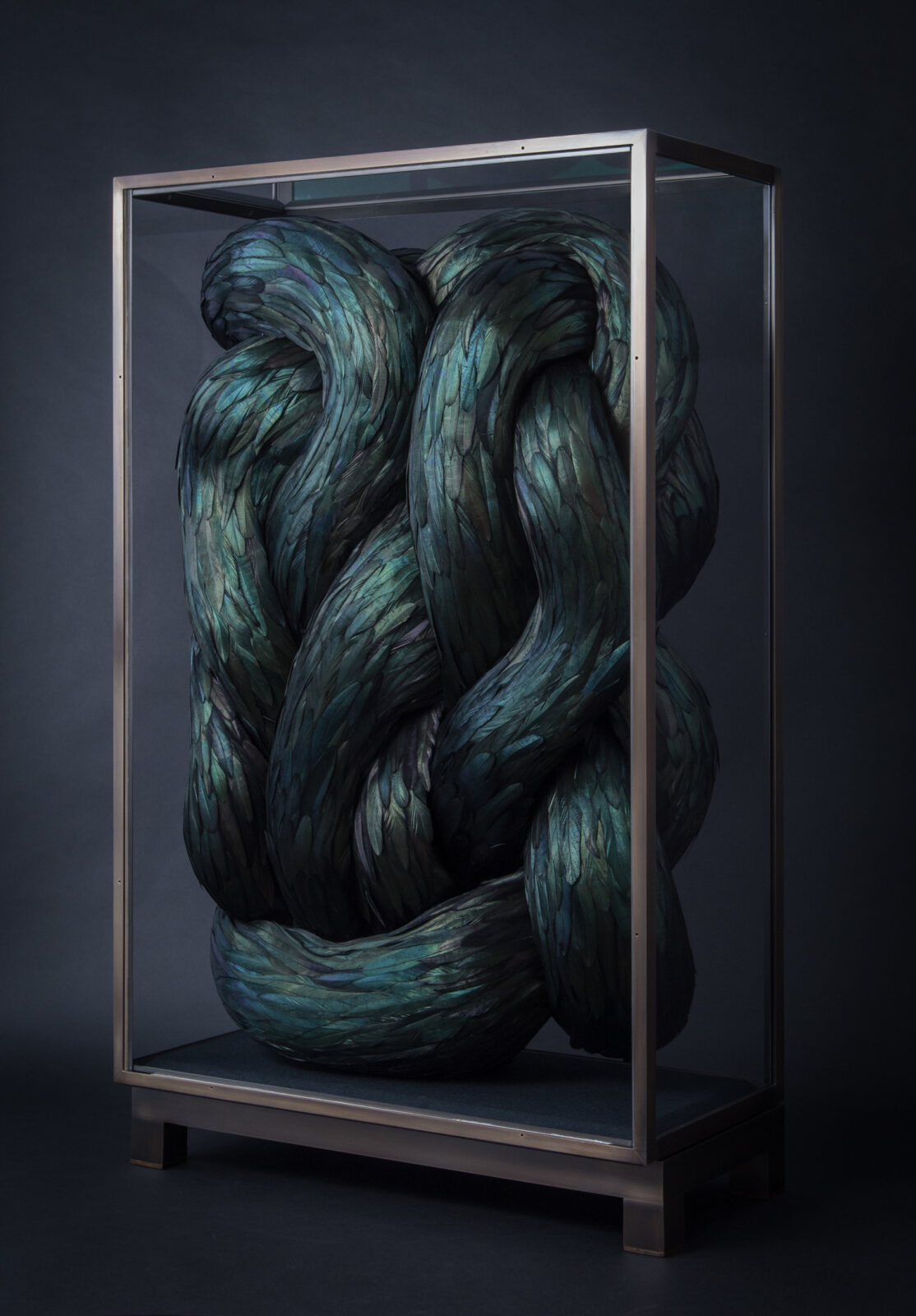 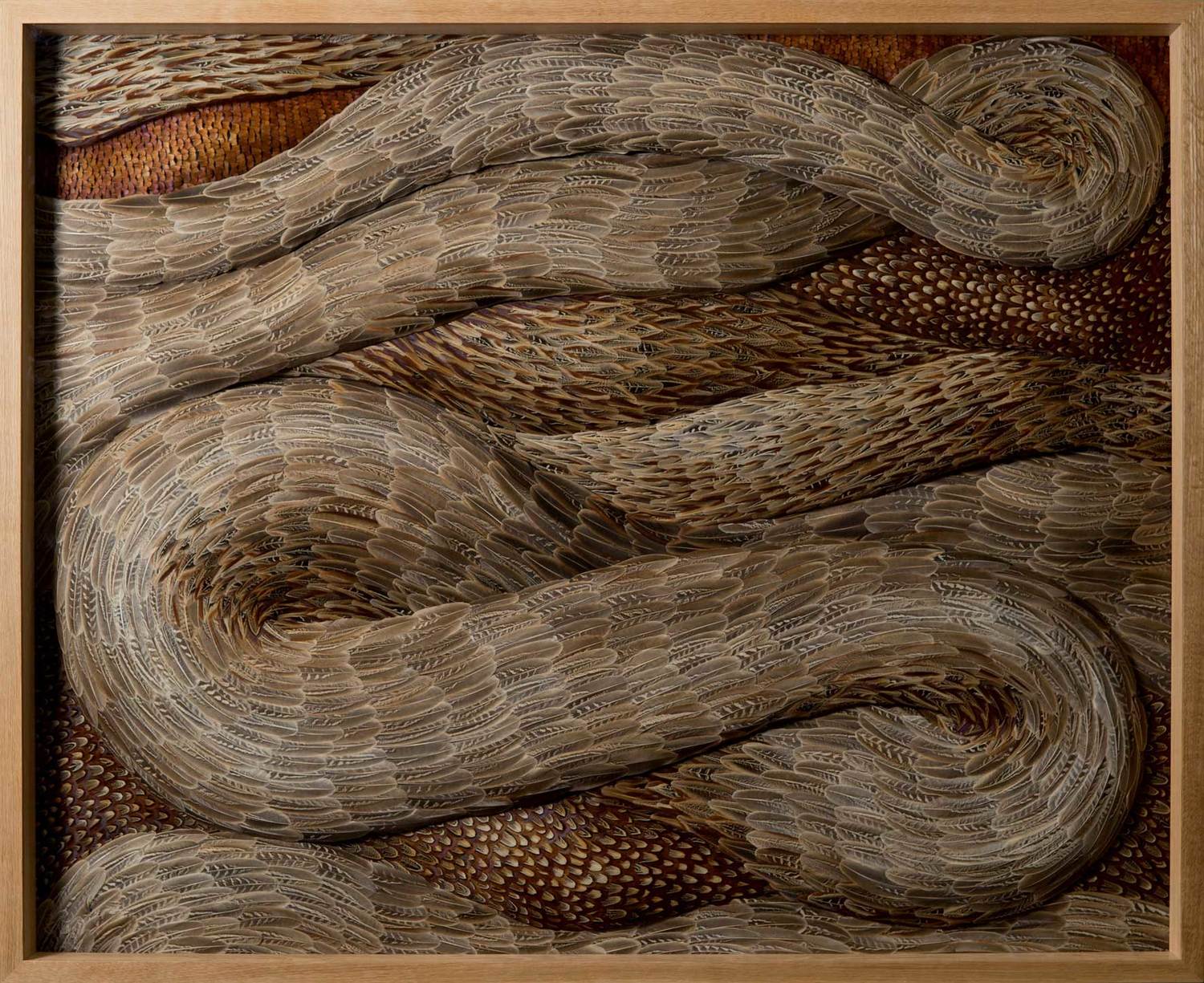 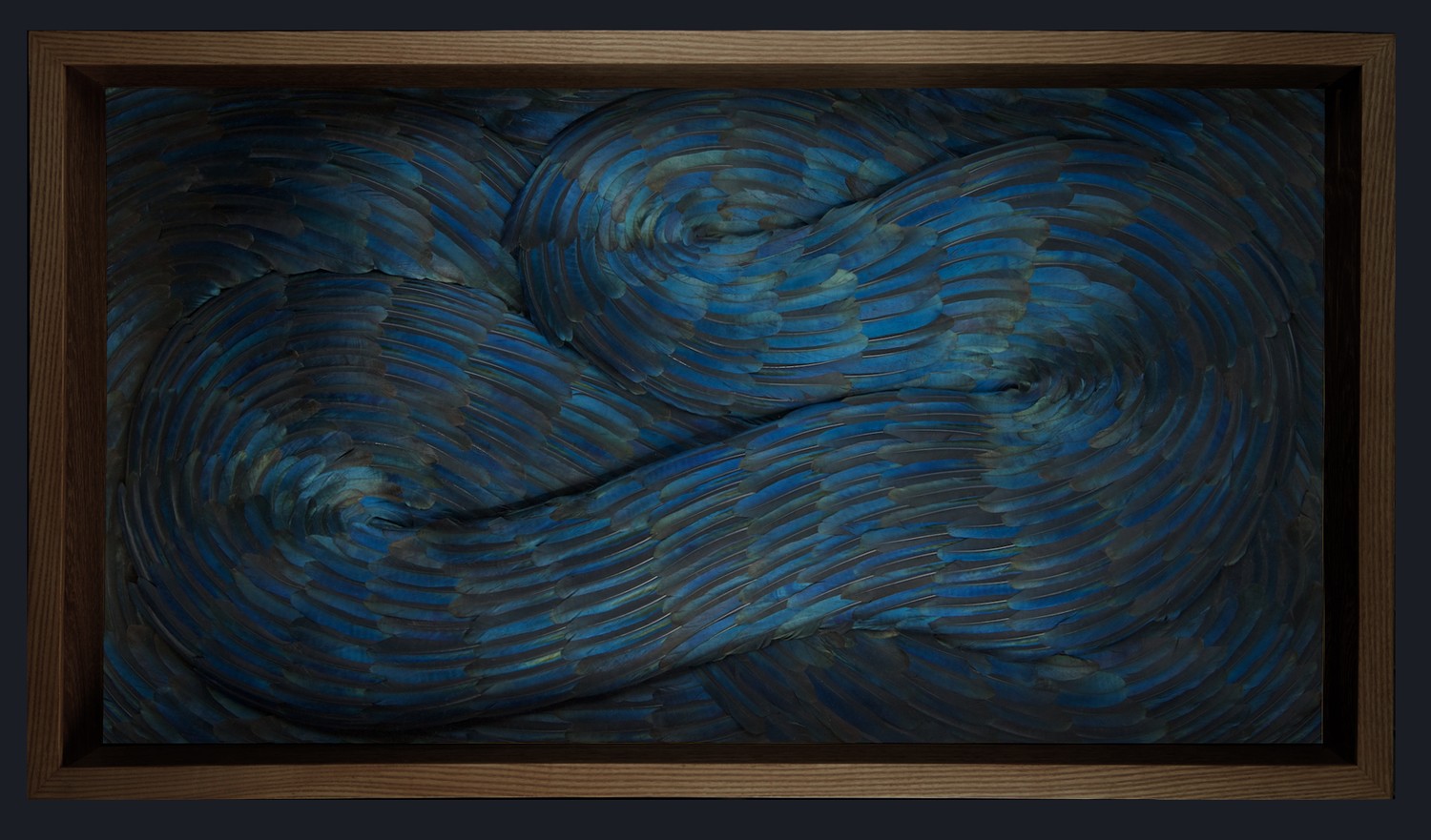 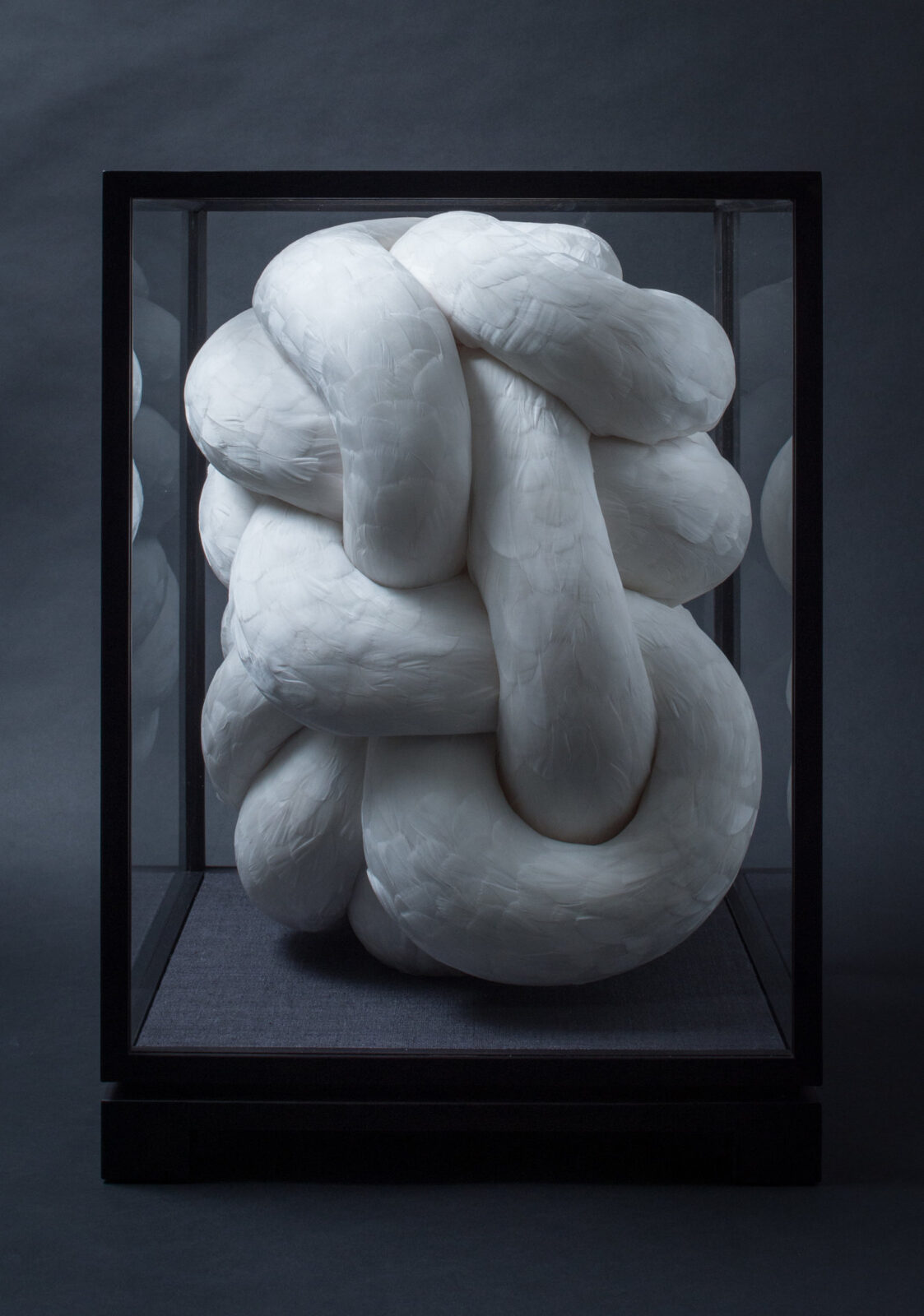 MccGwire is represented by La Galerie Particuliere and Mark Sanders Art Consultancy and exhibits widely; she currently has works in three shows. The artist also shares updates on Facebook and Instagram.