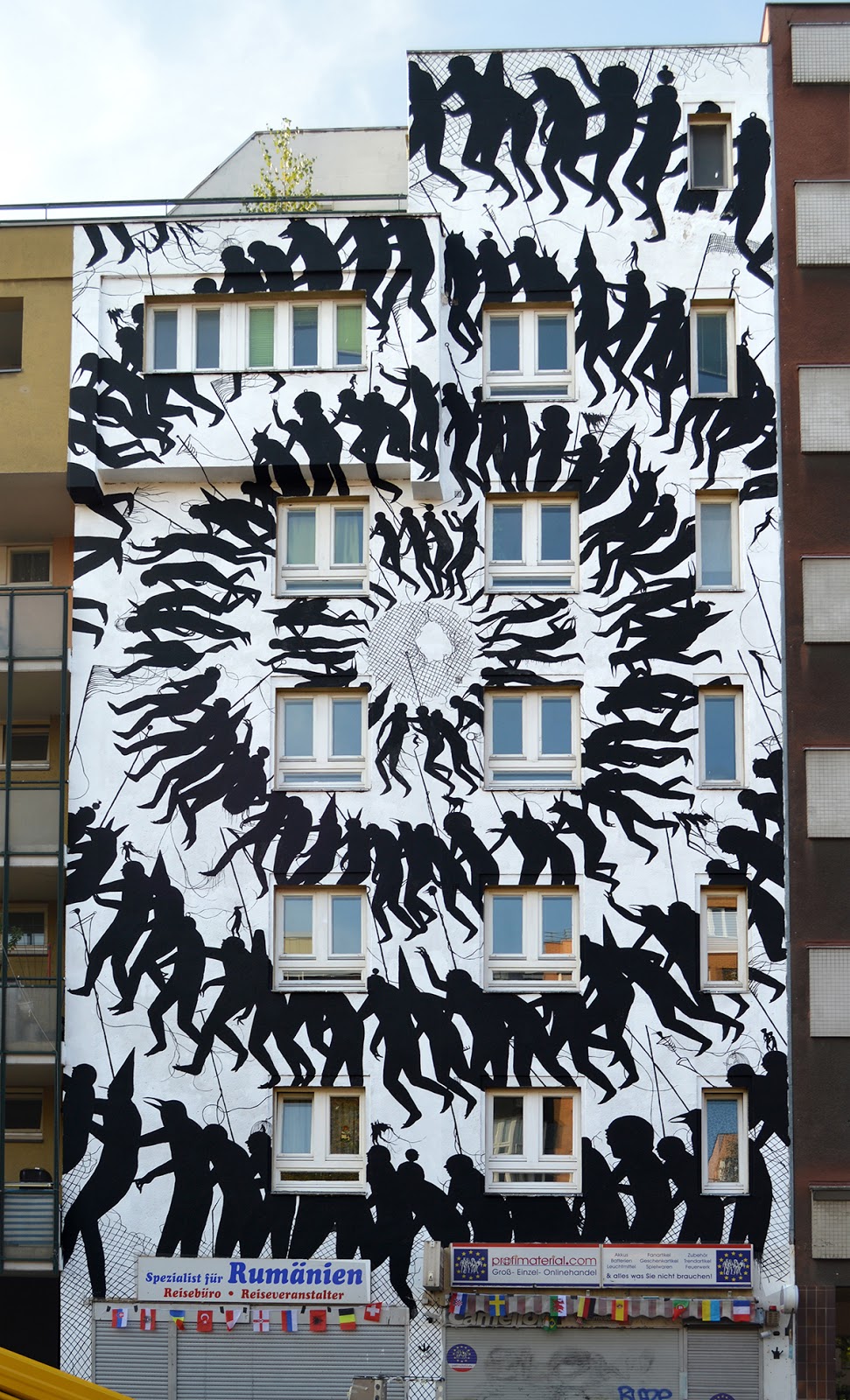 Spanish artist David de la Mano depicts anonymous hordes of soldier-like silhouettes marching to unknown destinations inside a dystopian world. The figures have arms and legs that appear to morph into tree limbs and roots—a reference to displacement—while some appear to have the heads of animals like birds or dogs. His most recent pieces appear to consciously draw connections to the ongoing refugee crisis. The artist is currently in London ahead of an upcoming solo show titled “Adrift” at Hang-Up Pictures. 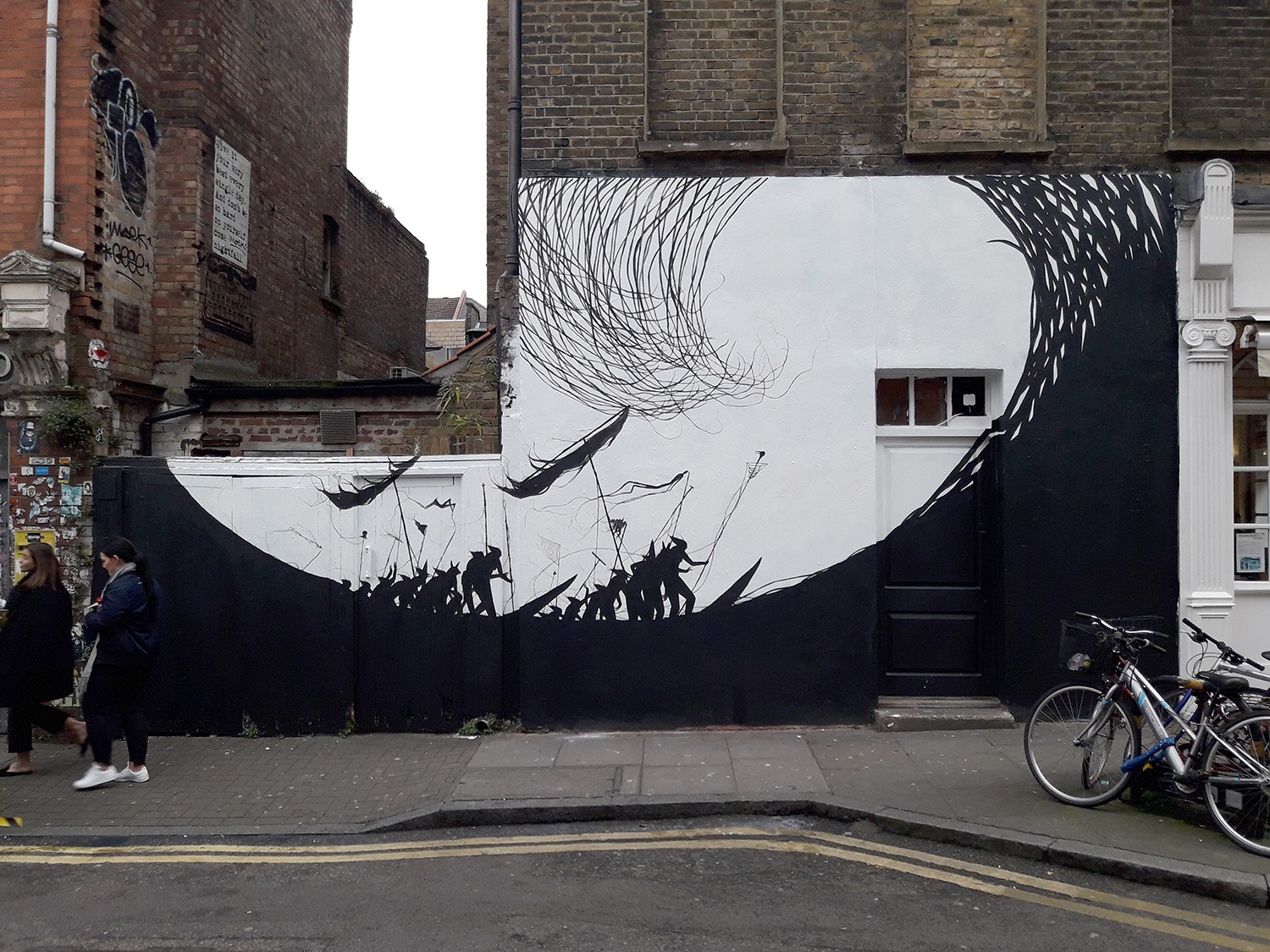 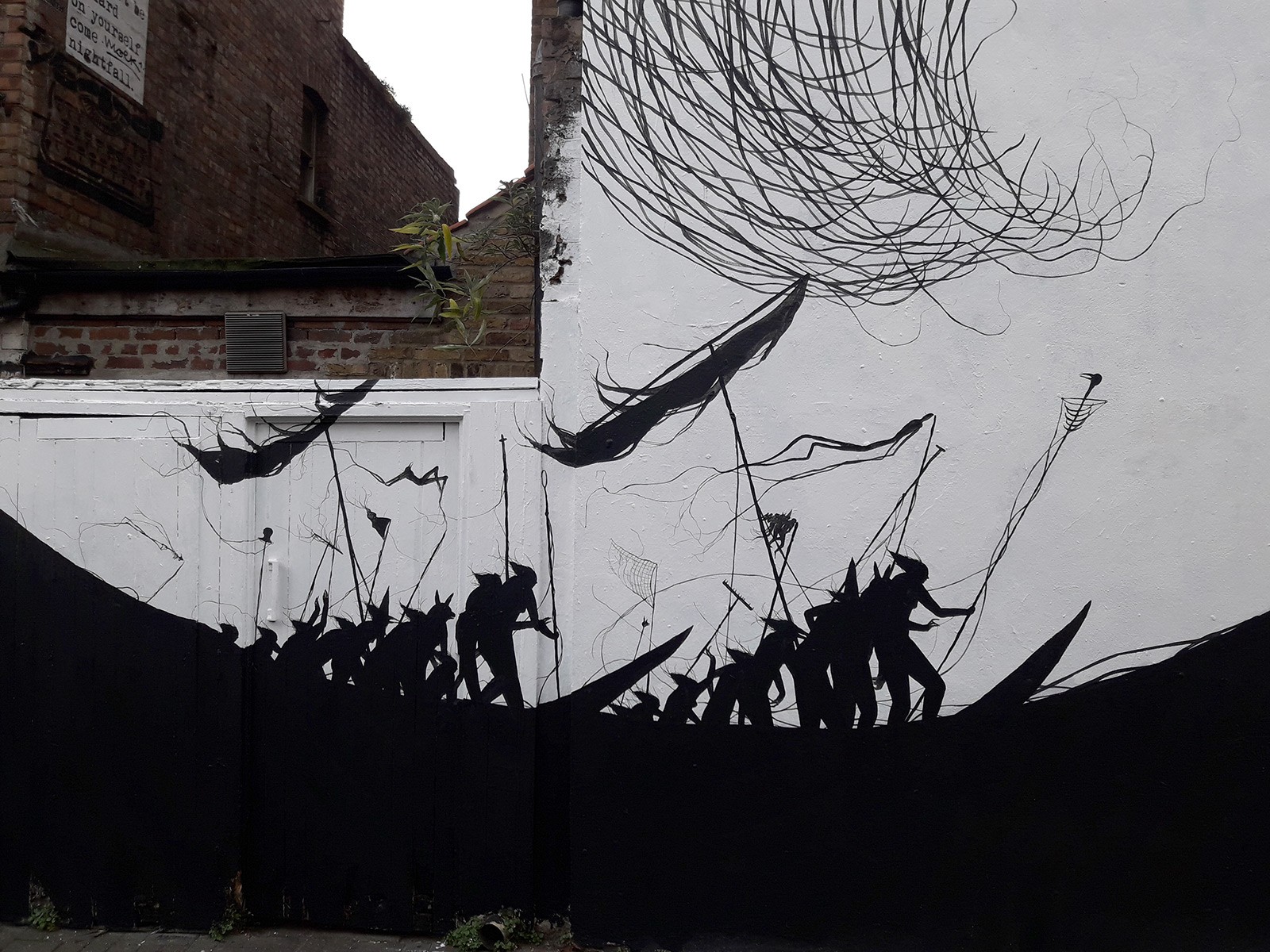 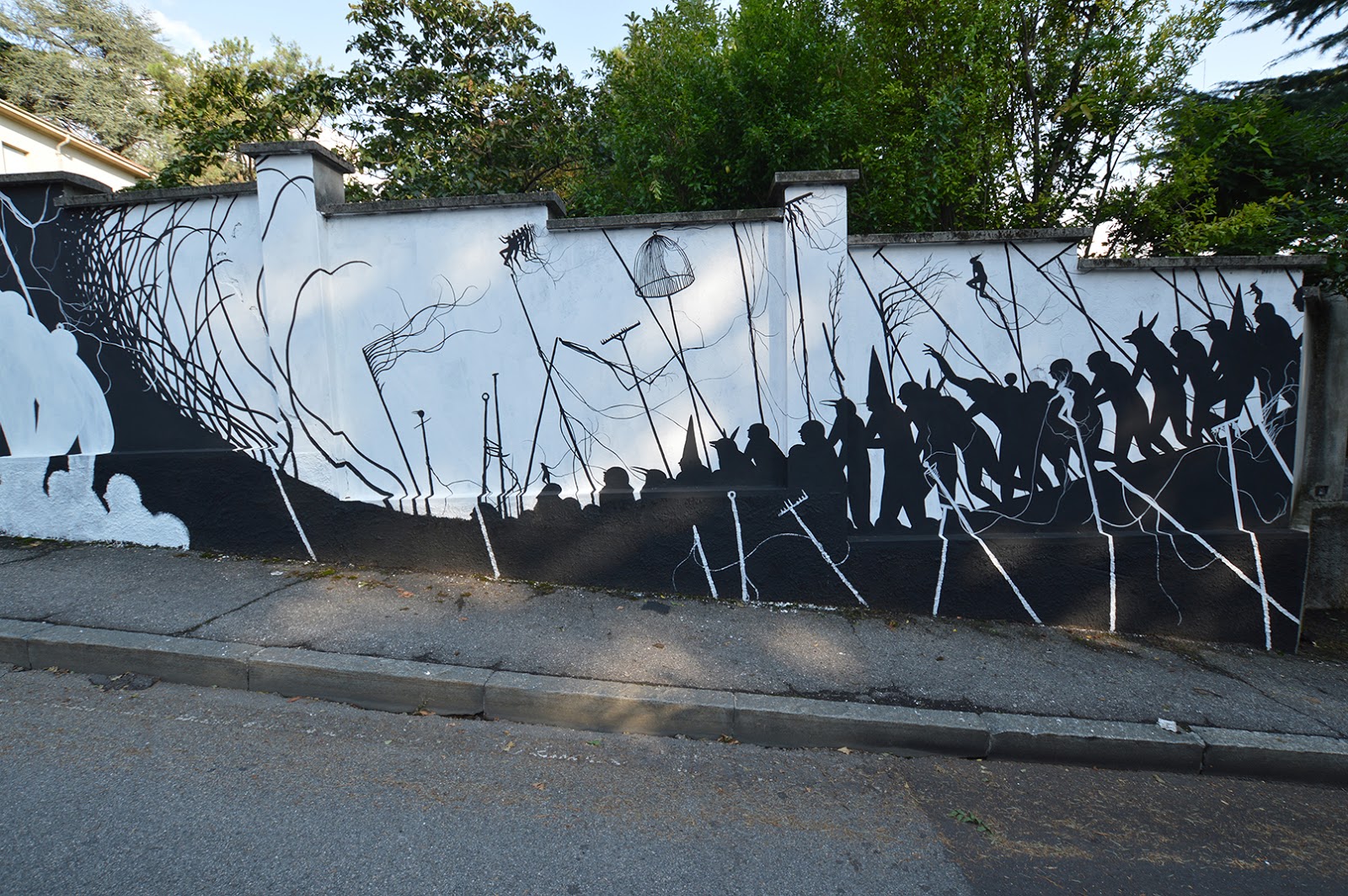 In a world of those forced to flee, of poverty, of war and violence, David de la Mano paints his haunting figures as shadows looking for their place in the world. All united, they are travelling to a destination unknown. Boats with broken sails and women with animal heads drift without direction but are all linked by an uncertain journey. 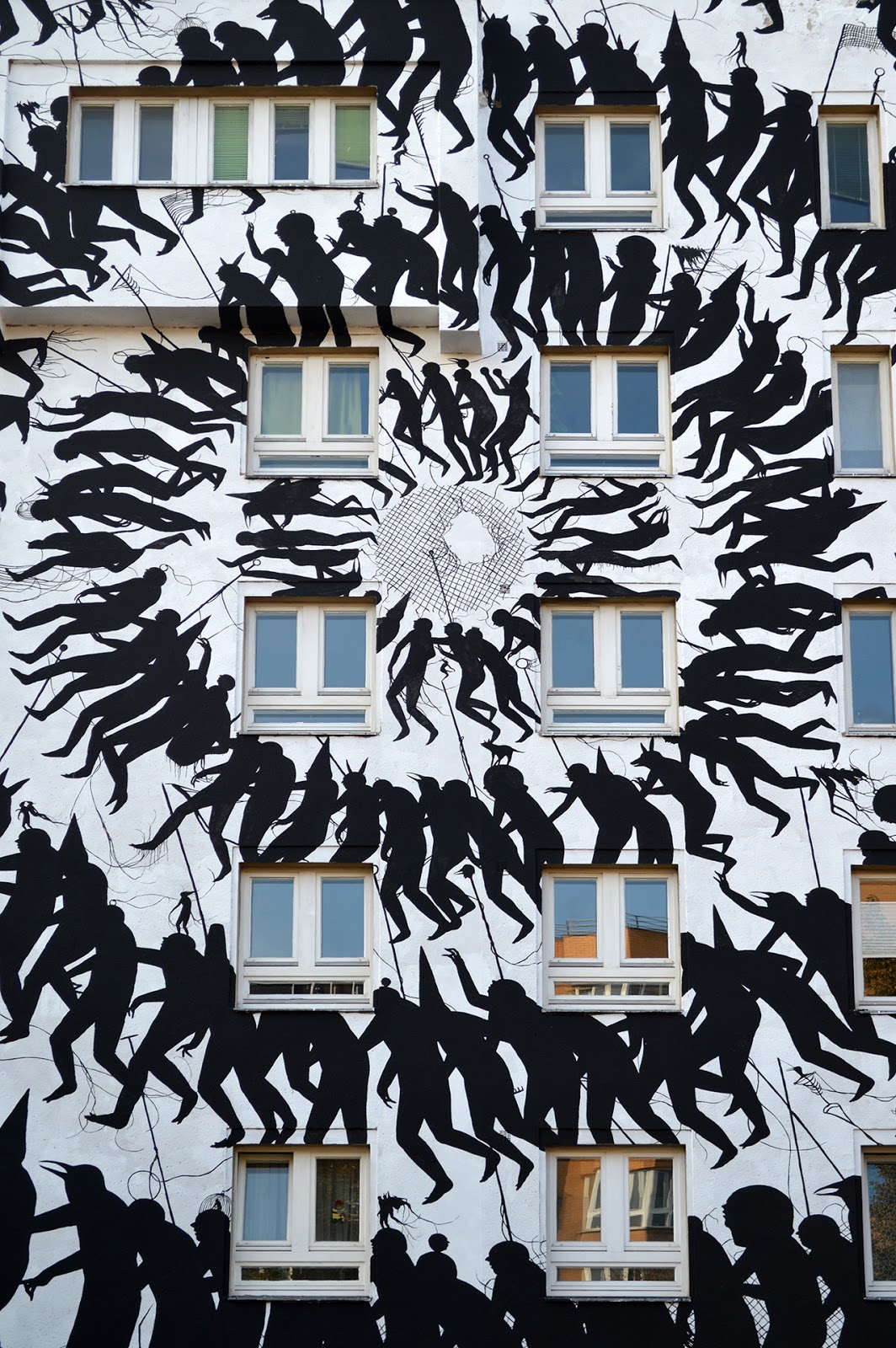 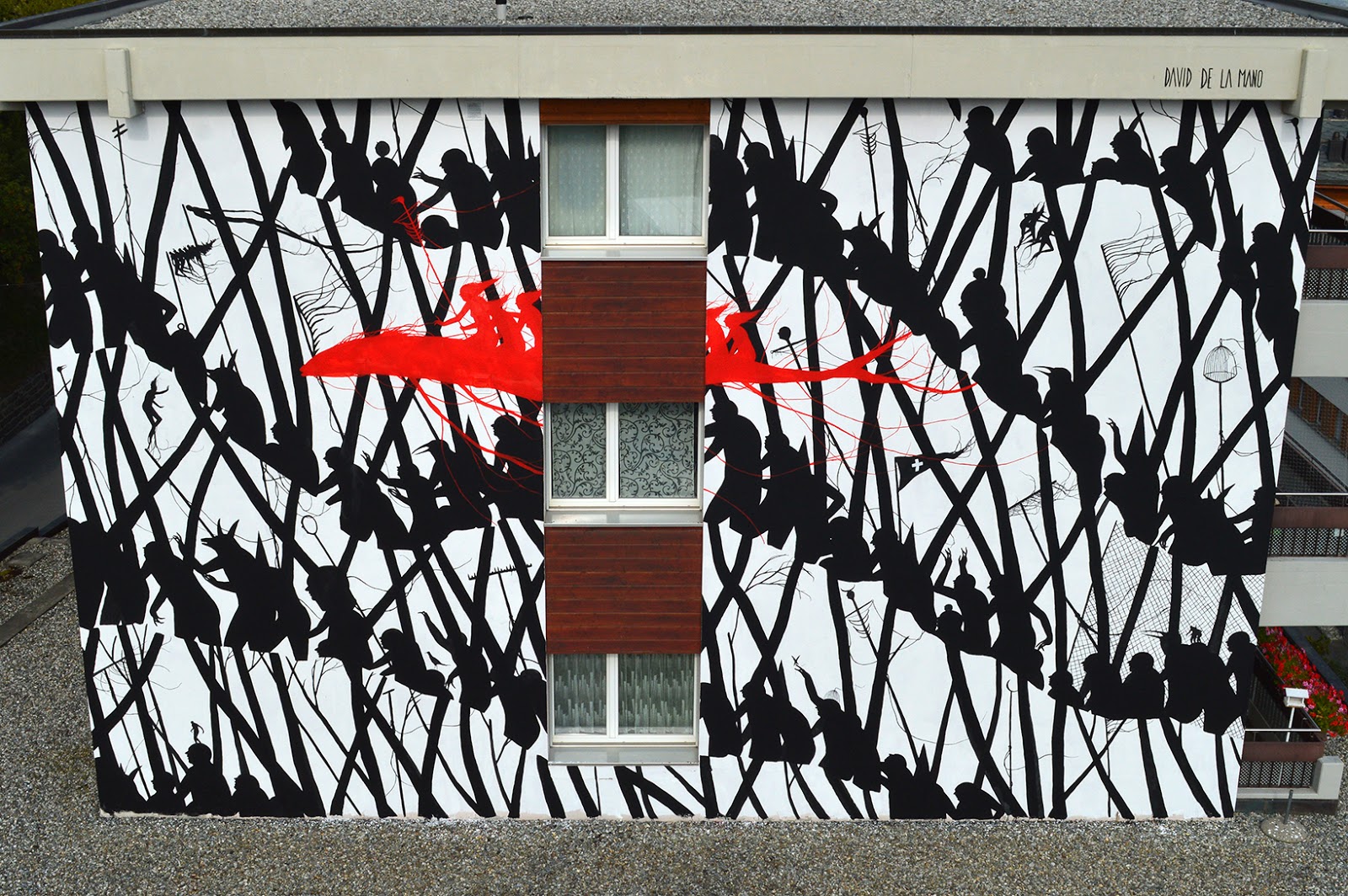 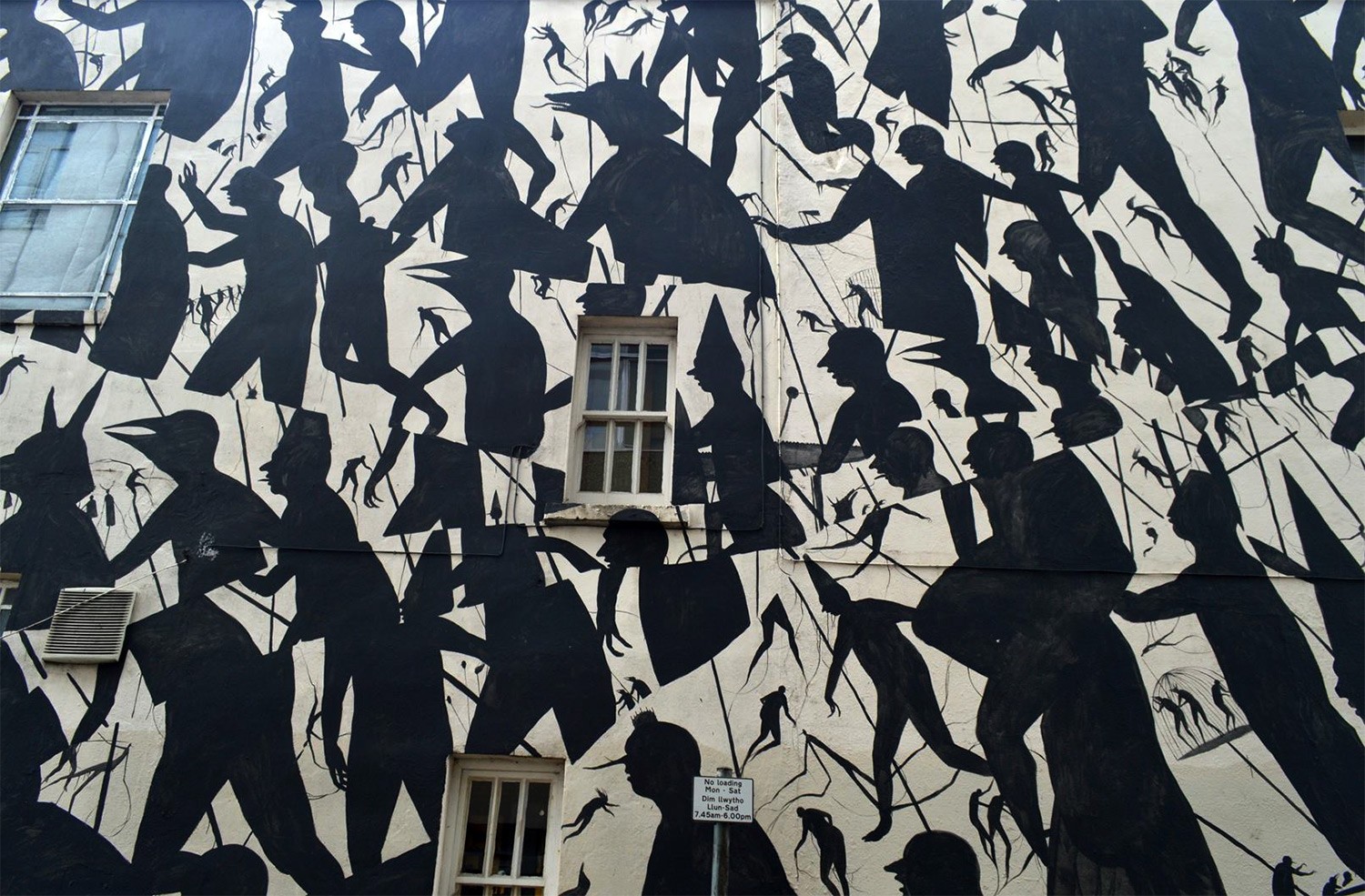 Adrift portrays the anonymous epic of travelling on a rough ship, or passing through reinforced wire fences – all characteristics of the current fear of some nations to the refugee invasion. Adrift analyses the timeless concept of migration and group behaviour. It refers to the drifting movement that characterises the migrant’s journey and the determination and strength that grows and develops when your house and your neighbourhood have already been disfigured. 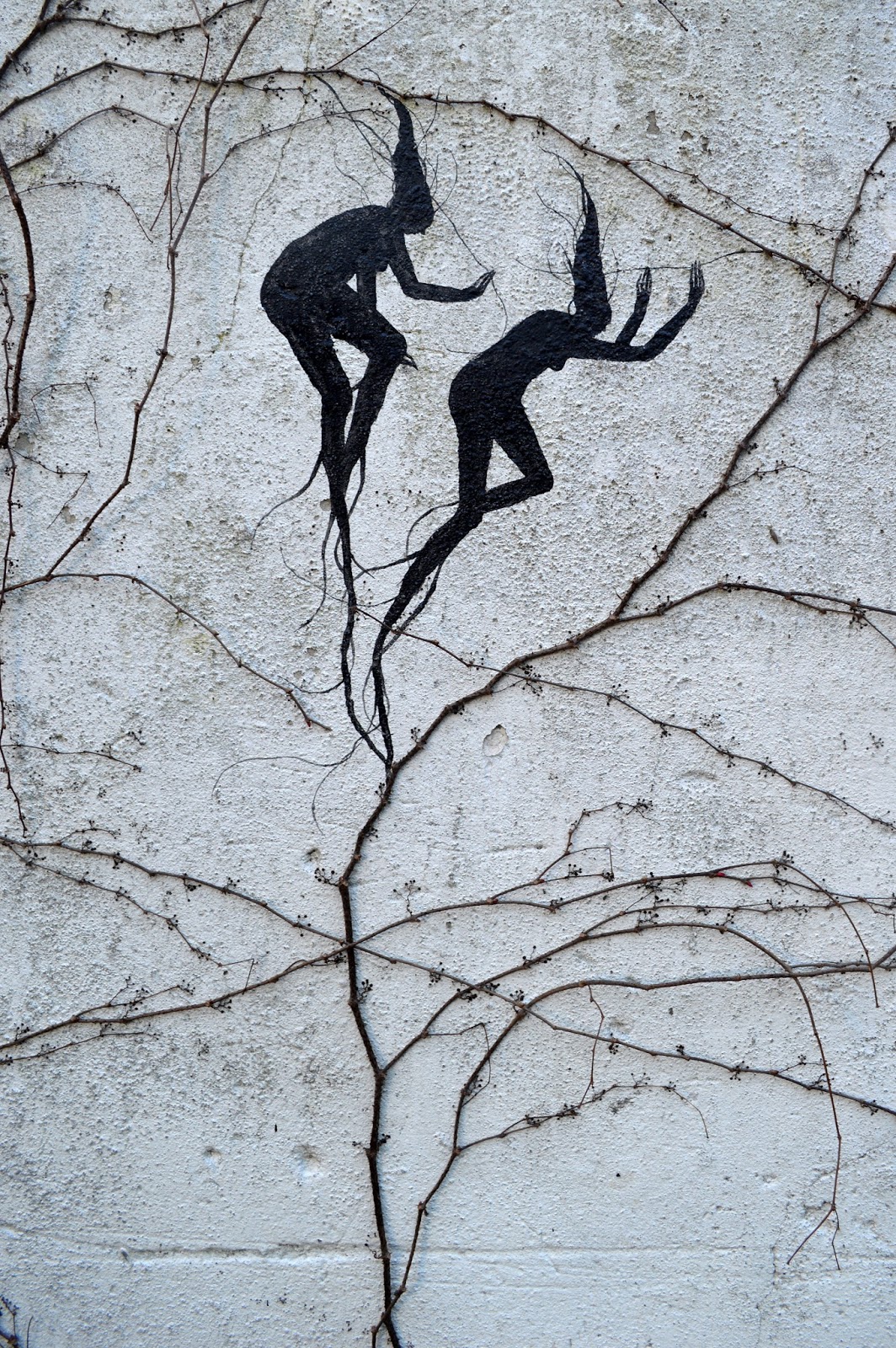 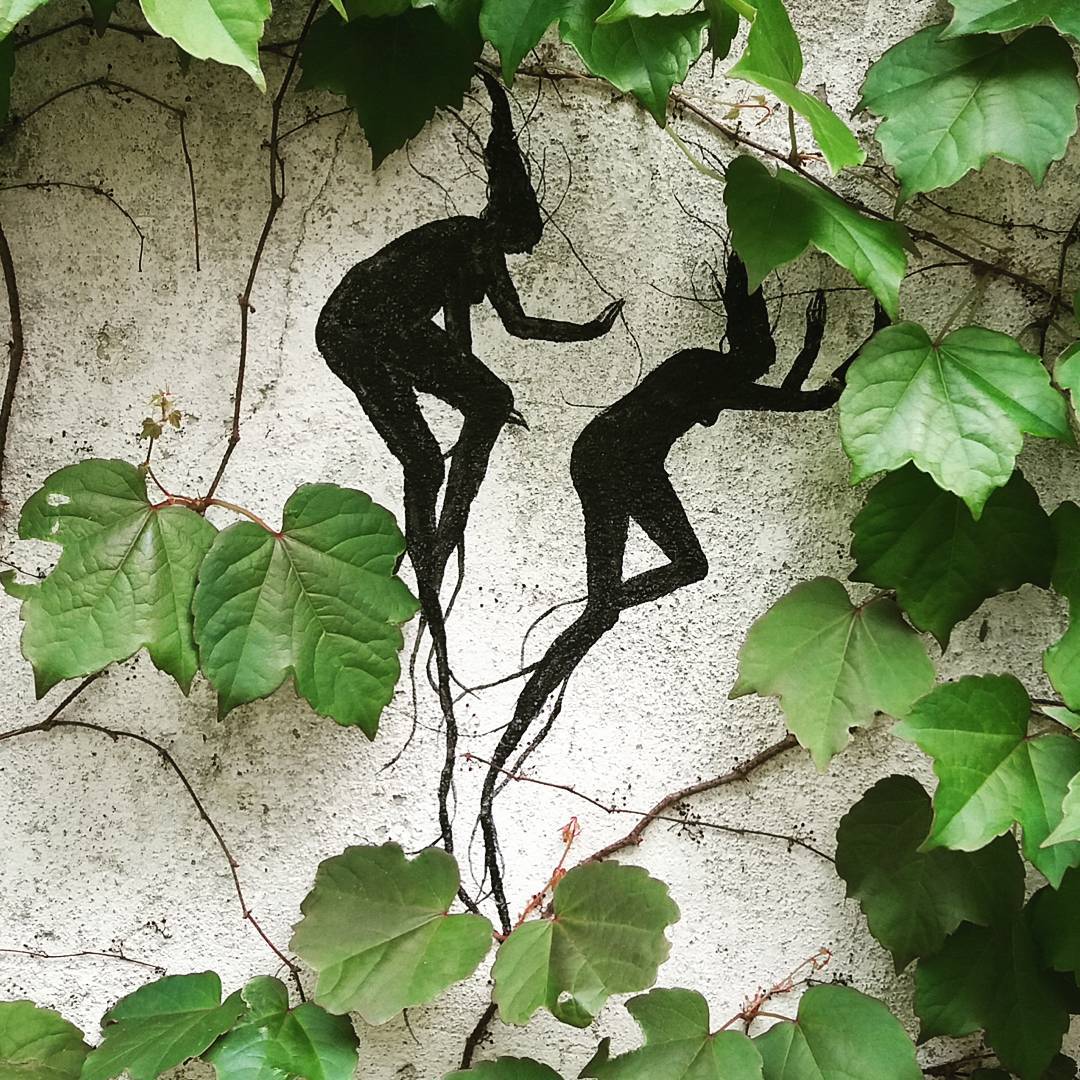 De la Mano is producing a number of new acrylic, coffee, and ink works for the Adrift show, with a portion of proceeds from one edition to be donated to the Refugee Community Kitchen. Seen here are a number of recent murals in London, Germany, and Italy, with additional murals on his blog. (via StreetArtNews) 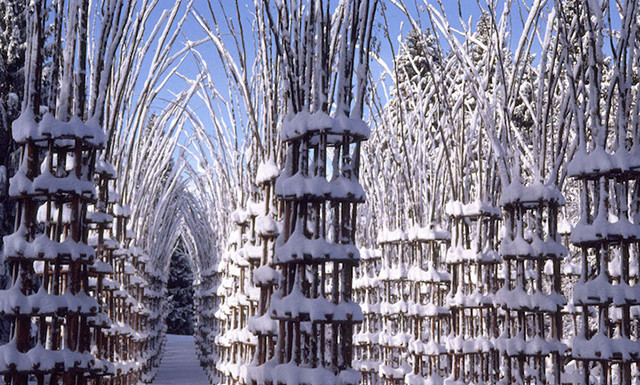 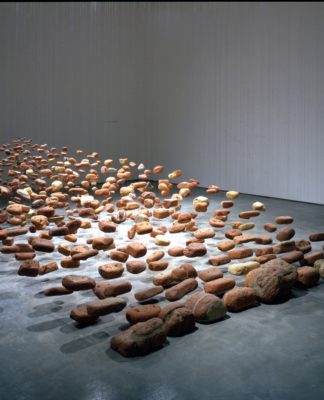 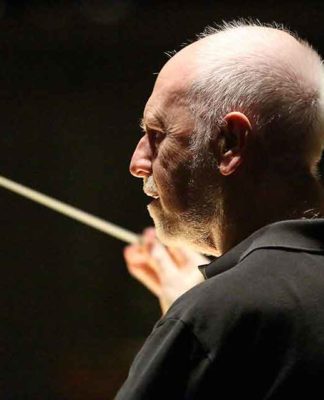 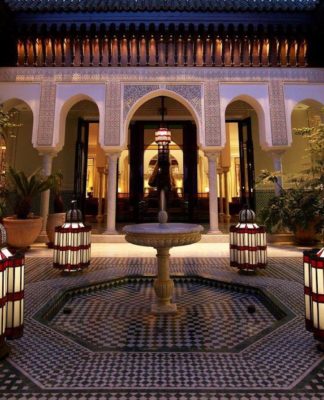 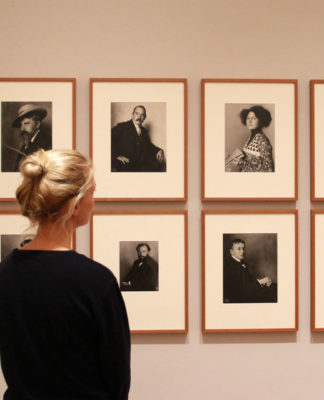