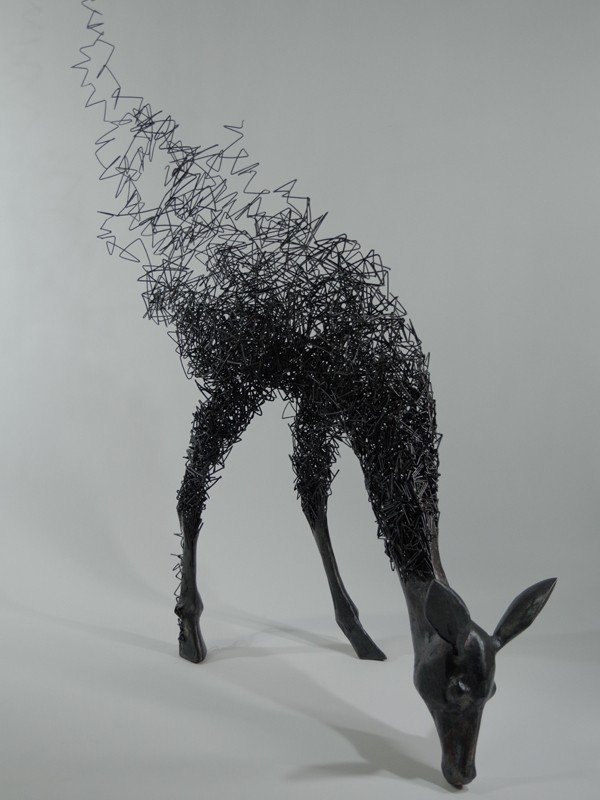 Tomohiro Inaba is a creative sculptor who produces eye-catching figures that look like they are disintegrating into thin air. The Japanese artist’s steel sculptures titled Promise of Our Star and Next to the World are particularly effective in the visual illusion. Each figure offers a duality that lies somewhere between solid sculpture and three-dimensional scribbles.

In one piece, viewers are presented with a grazing fawn, while the other displays a leaping deer. Both creatures have solid footing on the ground but extend beyond that point into a chaotic entwinement of wires. Though the fawn is half-way through its disappearing act, the active deer seems to have only just begun its disintegration process. Using a dark iron base and topping it with a similar pattern of clear acrylic resin, Inaba heightens the visual effect of gradual disappearance.