Home Events Motion Swing House: A Three-Story Swing Suspended from the Ceiling of a Gutted... 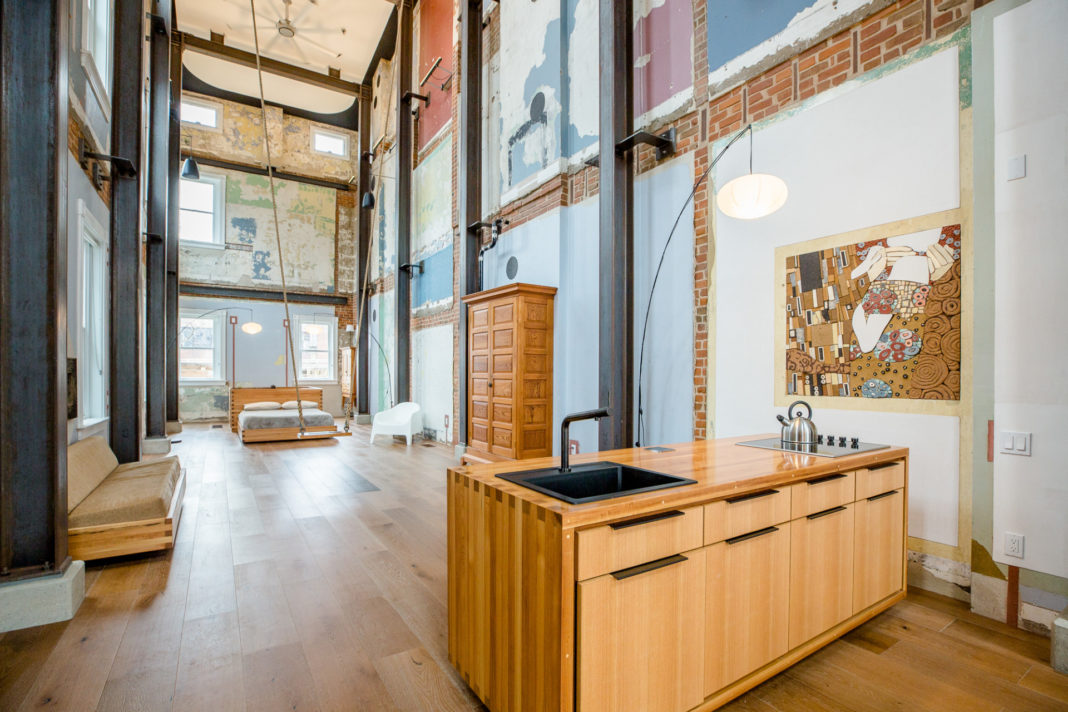 From the outside, artist Mark deJong’s contemporary installation, Swing House, doesn’t particularly stand out from the other residences lining the street of Cincinnati’s Camp Washington neighborhood. The blue 19th-century building is narrowly built, and features charming architectural details that cap its windows and roof. The interior however, is remarkably different. All three levels of the home have been completely gutted to create an open floor plan void of any interior walls or floors, with a single swing positioned at the center of the space. 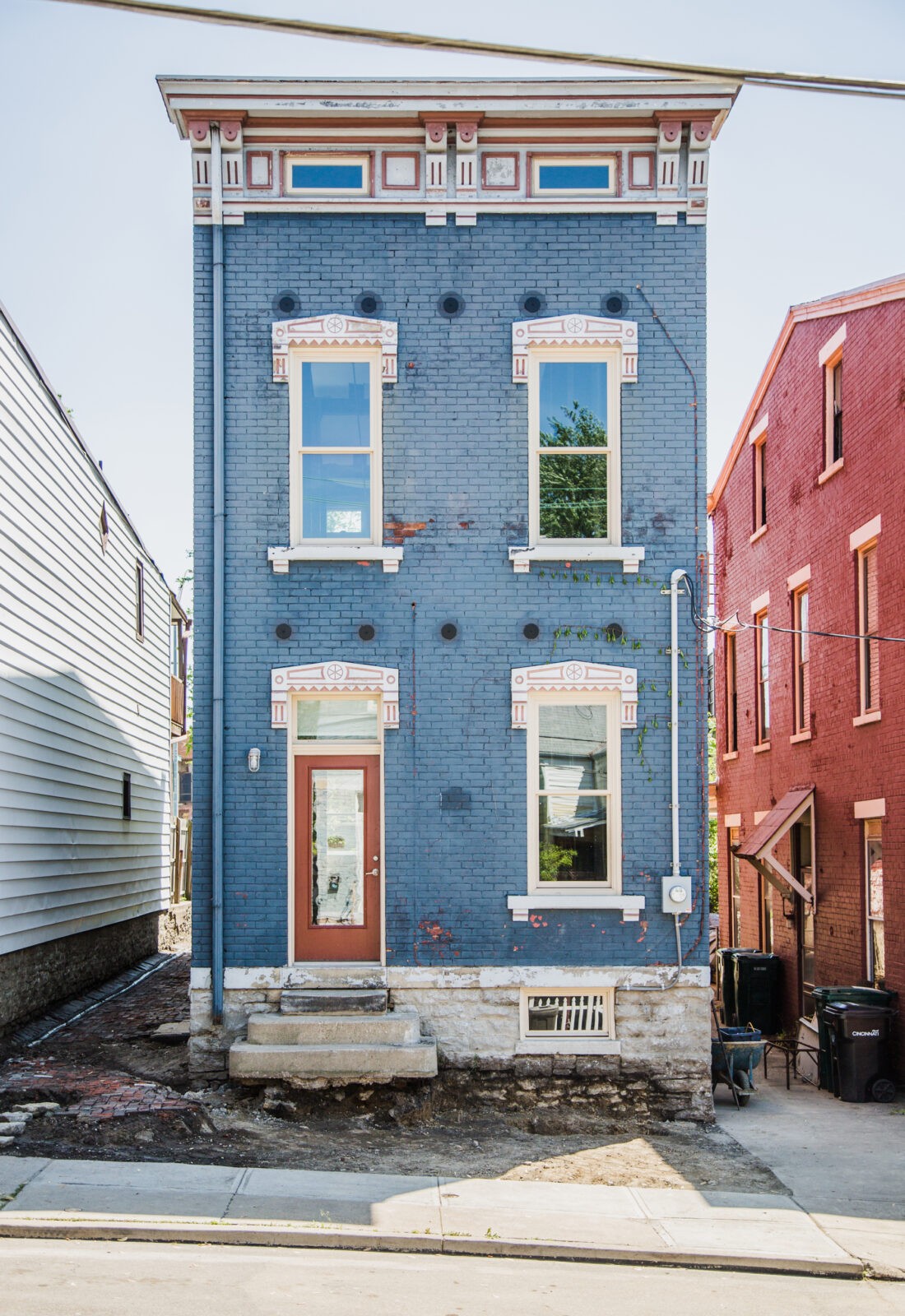 “Swing House is a piece of art in itself,” deJong tells Colossal. “All of my major decisions were based on the arc of the swing, which started by emptying out everything on the inside. The arc of the swing then dictated where the stairs to the basement went, as well as the placement of the bed and kitchen. While swinging, your feet miss those things with a considered clearance. You are able to swing way over both the bed and kitchen.” 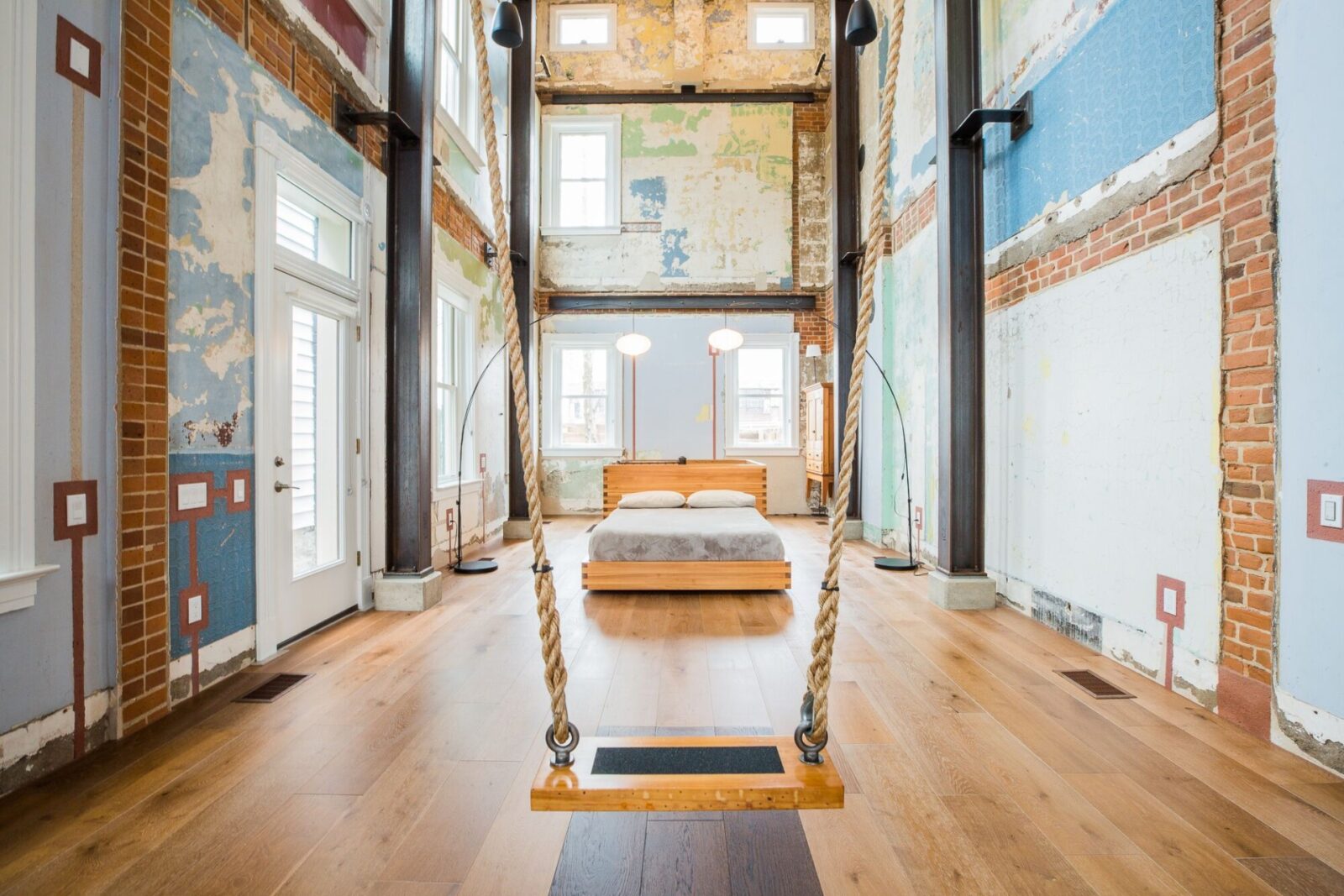 The seat of the swing was formed from reddish pine salvaged from inside the home. Its natural-fiber rope attachments extend 30-feet into the air, and are secured into a metal beam from the home’s three-story ceiling. It is here that deJong painted a black and white hour glass shape, a nod to the motif of passing time represented in the pendulum-like swing. 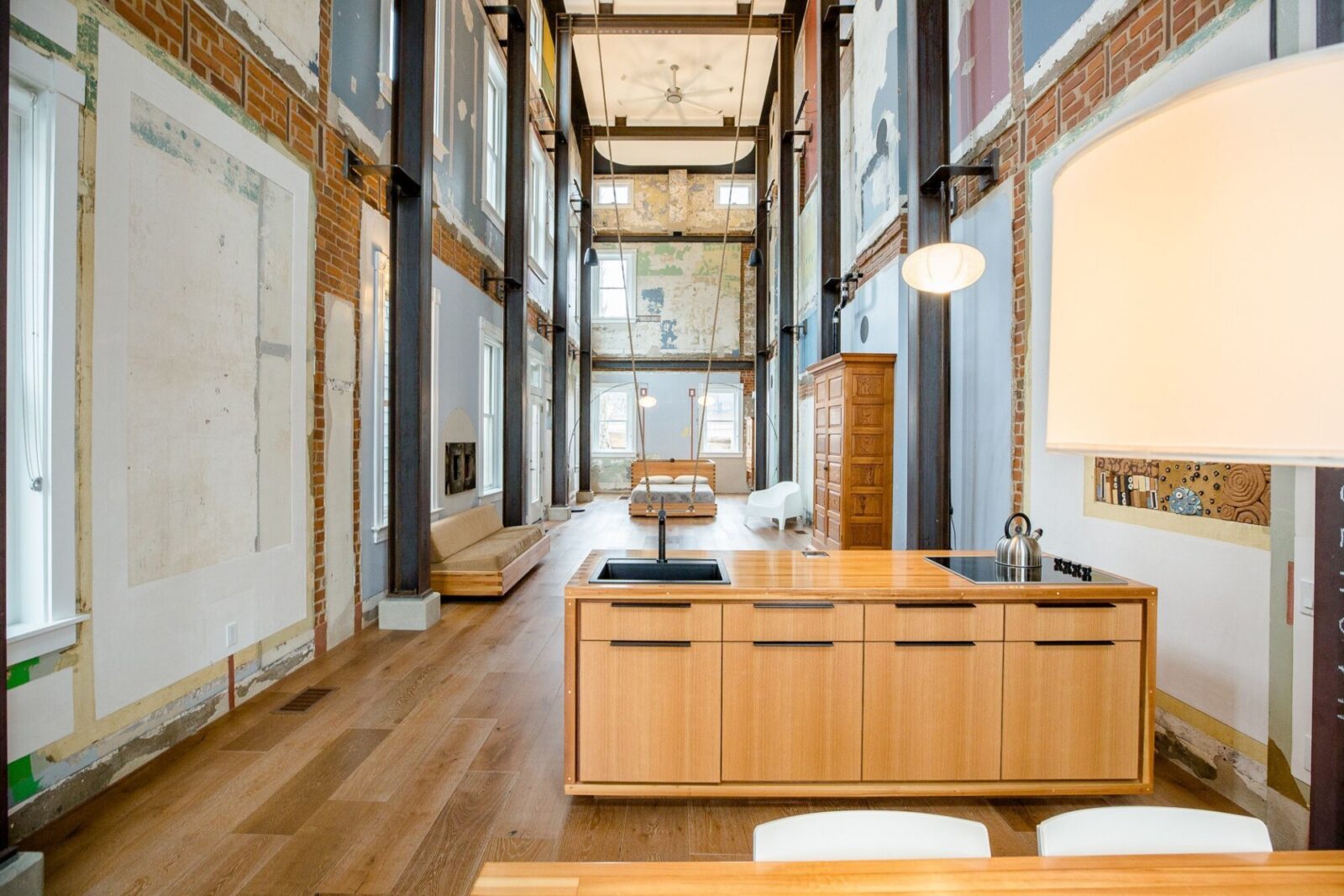 The installation took three years to build, but had been a dream of deJong’s for nearly thirty. He originally thought of the idea shortly after finishing art school. “I stopped making art for 20 years, so this house was my leap back into the art world,” he explains. He has worked in construction for the past several decades, so this art-based house was a way for him to marry his formal training with his lifelong career.

In Pictures: the Musée d’Orsay Presents Kehinde Wiley’s Fallen Figures Alongside the Historic Sculptures That Inspired Them

‘For the King’s pleasure’: a ground-breaking study of the interiors of Windsor Castle by a director of the Royal Collection under Elizabeth II