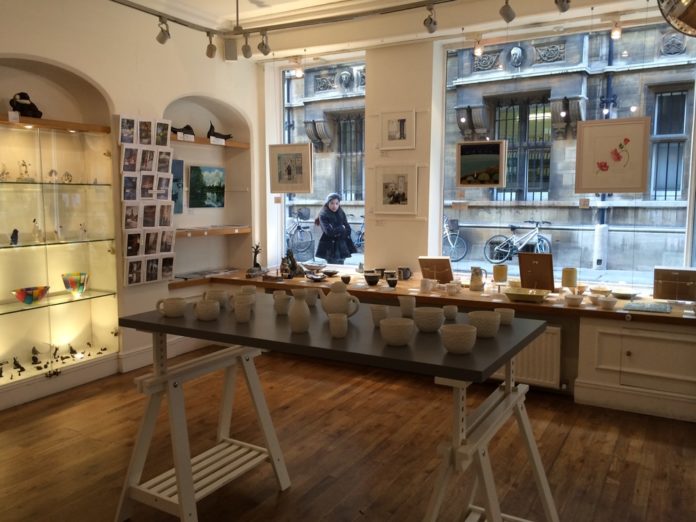 Ikuko Iwamoto started making ceramics in 1990 at Tezukayama College in Japan. She then moved to London to do an undergraduate degree in ceramics at the Camberwell College of Arts and she subsequently completed an MA in ceramics and glass at the Royal College of Art. At the RCA she started to make functional pieces using a slip casting technique using plaster moulds. Ikuko is now a successful artist working from her studio in London and she has exhibited extensively both in the UK and Japan. 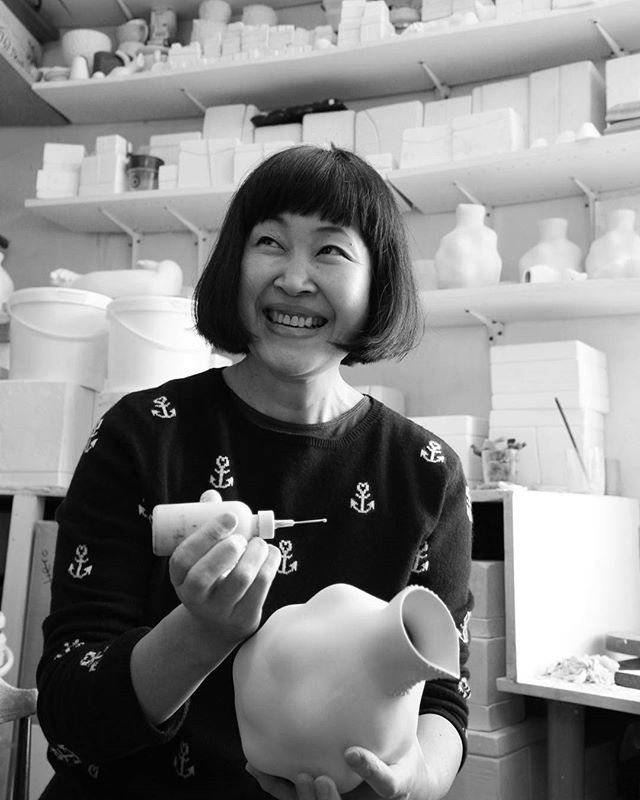 All of Ikuko’s work is entirely handmade. The main body of a piece is usually created using a slip-casting technique. Ikuko makes all the casting moulds herself by hand. Every part of the decoration, including every single spike, is then individually crafted and attached by hand. All of the pieces are made from porcelain. 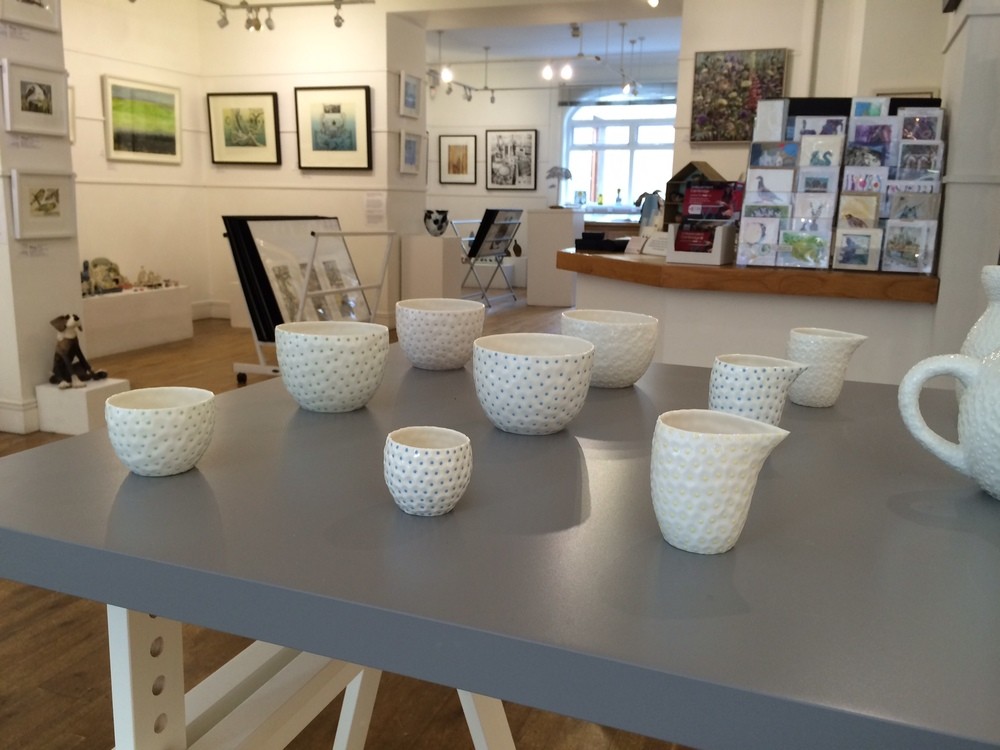 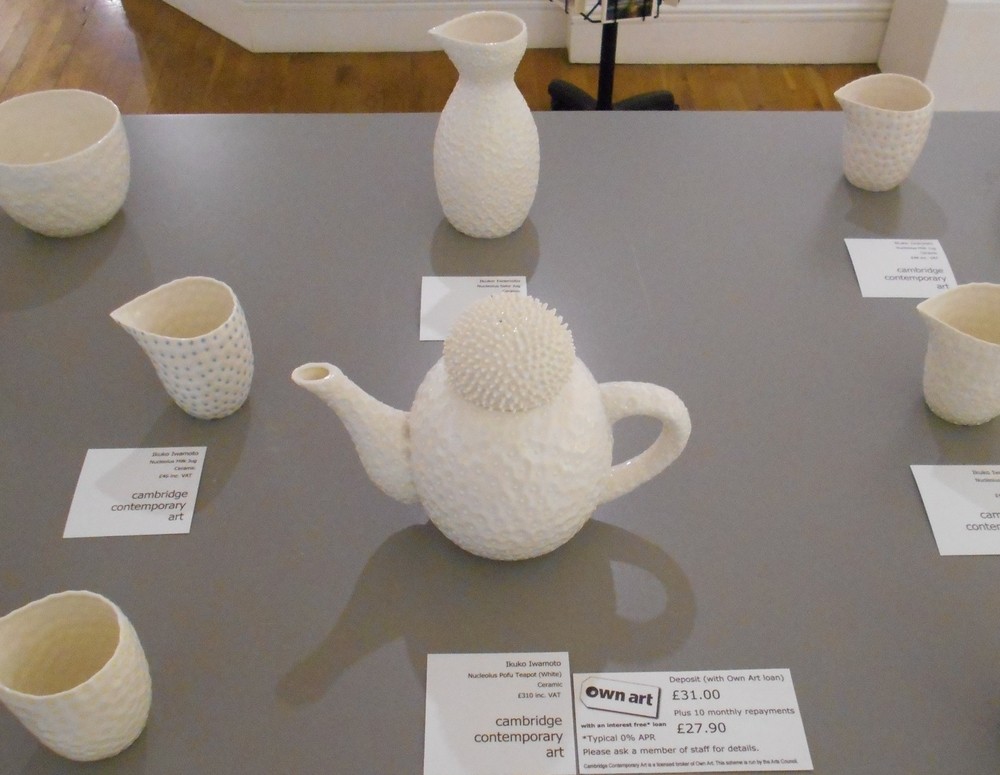 Ikuko’s work is informed by her own curiosity about invisible things such as sounds, music and the microscopic world – cells, genes and organic forms. The meticuolous level of detail with which she works is spot on for a subject matter that includes the tiniest of sea creatures and the minutest of micro-organisms. 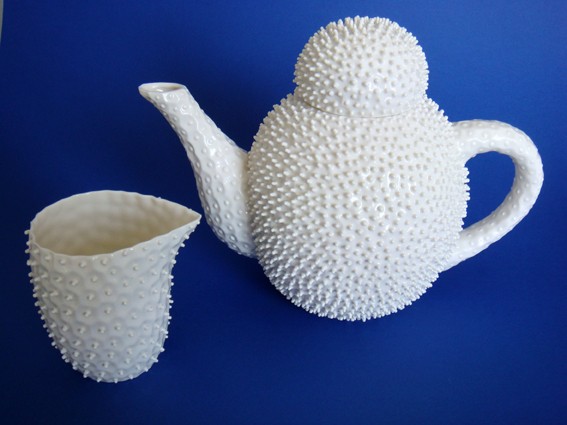 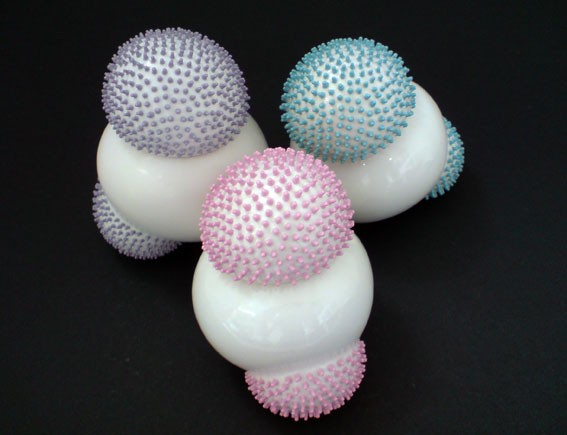 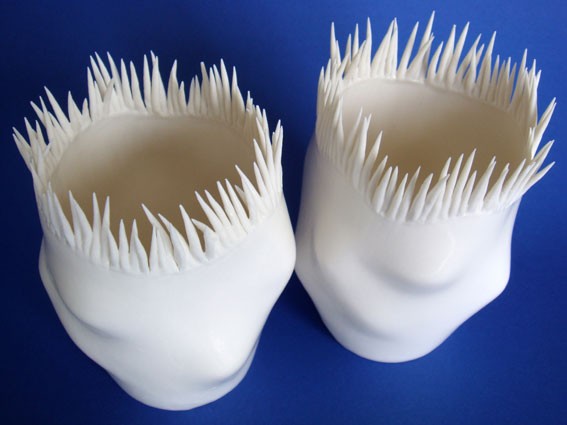 Ikuko has already achieved critical acclaim and in March 2009, she was awarded the Ceramic Review Prize for Innovation at the RCA’s Ceramic Art London exhibition.