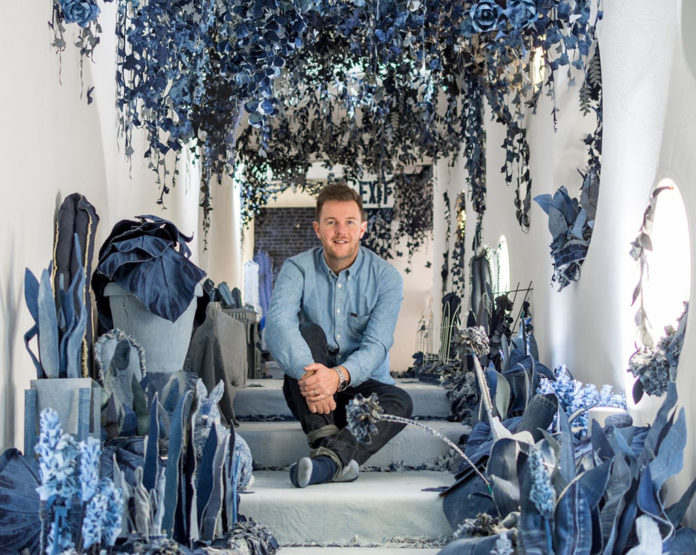 The American factory of the production the denim fabric Cone Mills White Oak Plant, whose history is more than a century, decided to mark its closure with an unusual way. The last batch of material produced in 2017, the plant gave the British artist Ian Berry, who used it to create a filigree installation of The Secret Garden in the New York Children’s Museum of Art.

Using only glue and scissors, Berry turned one of the museum’s rooms into a magical garden, lined with creepers, filled with flowers, cacti and plants in tubs and populated with cute denim rabbits. Monochrome installation occupies the floor, walls, ceiling and illuminated niches of a narrow room. It was part of an exhibition by the artist Ellen Harvey entitled “Ornaments and other magnets on the refrigerator”, which is devoted to a story about the history and meaning of the ornament. 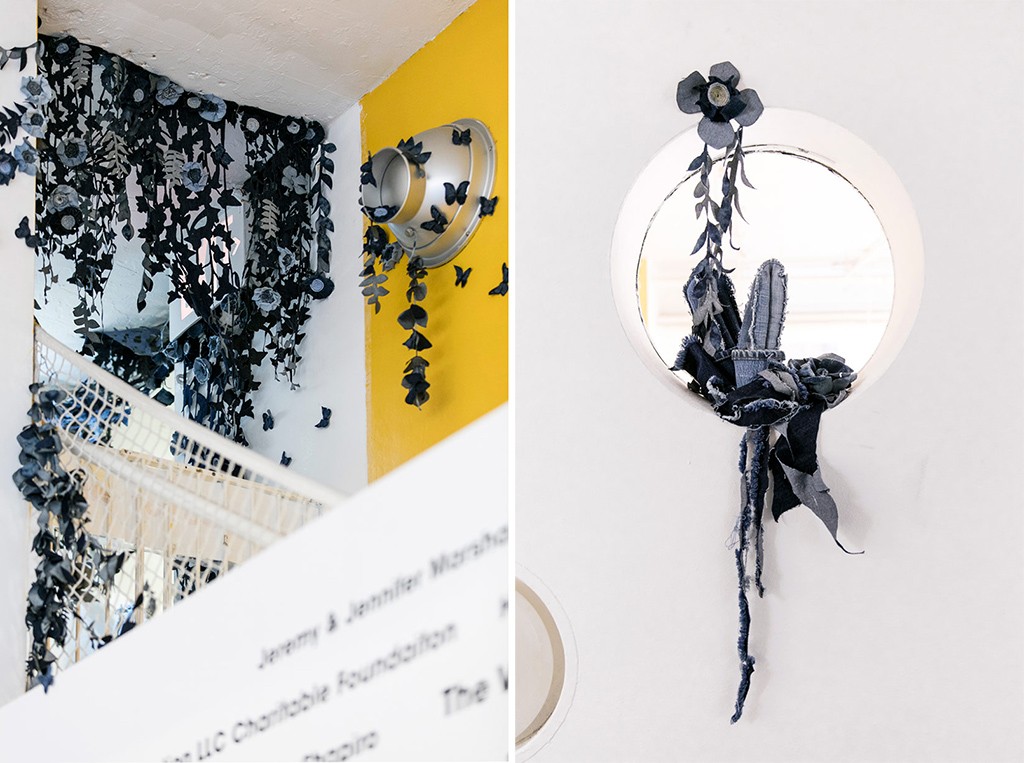 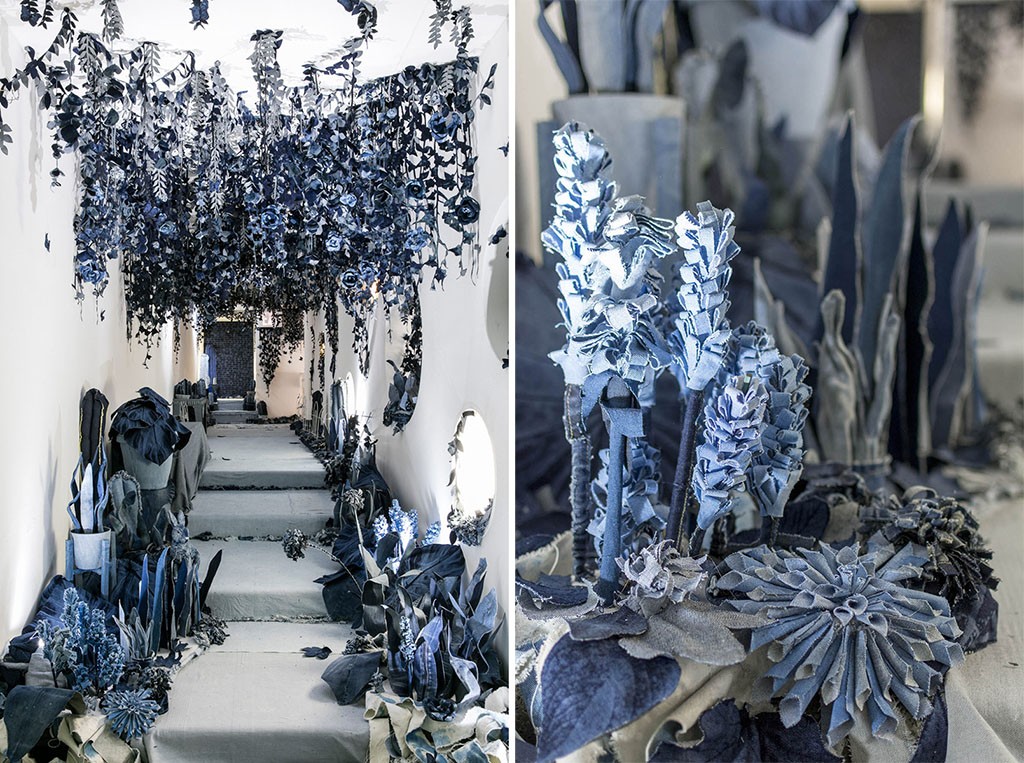 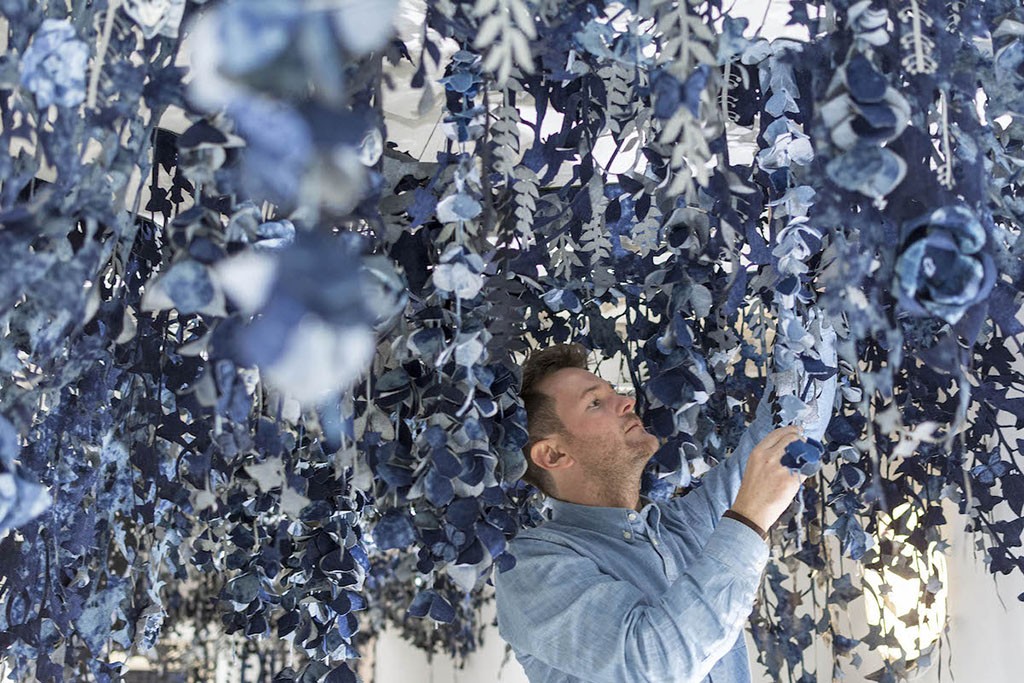 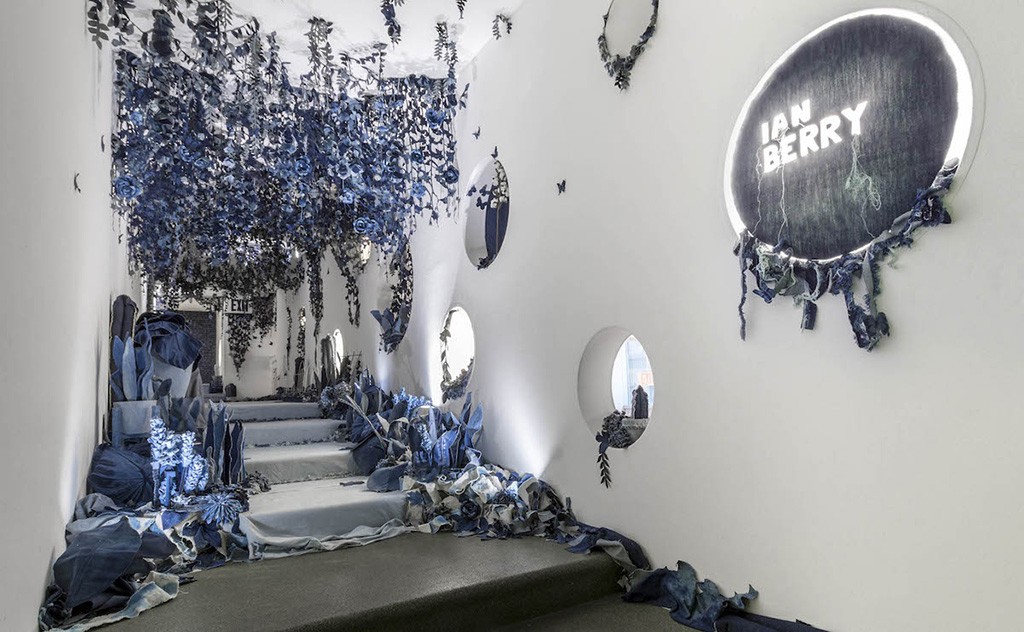