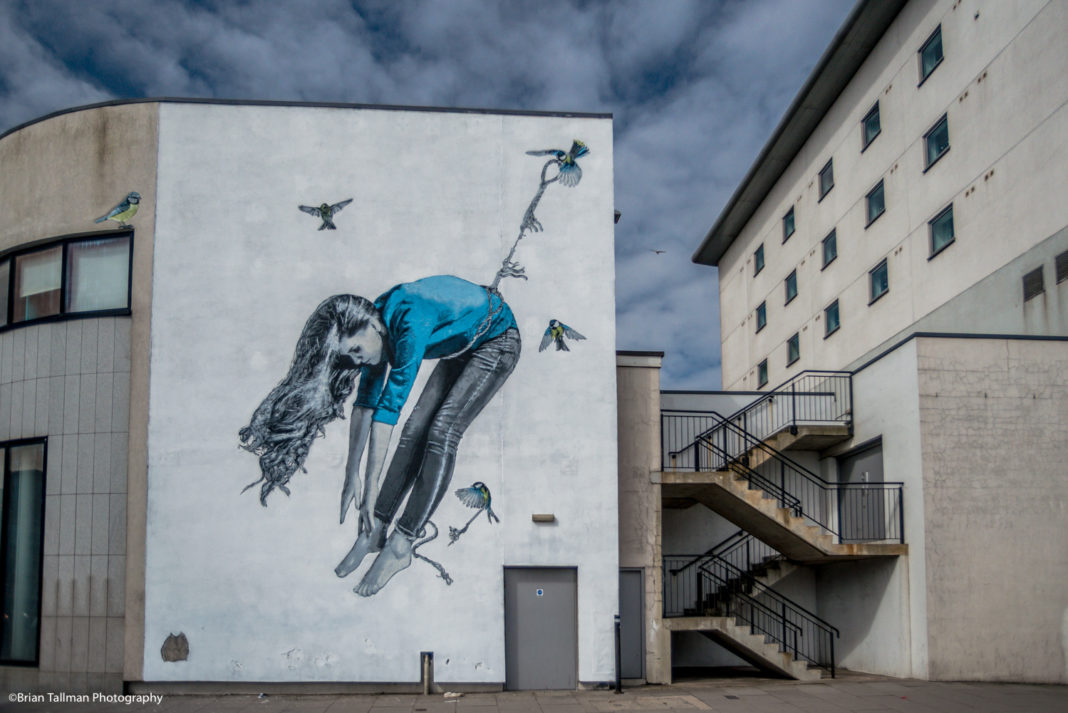 It was 2002 when an international group of street art and electronic music enthusiasts organized the first  Nuart Festival in Norway’s oil capital, Stavanger. The idea was to create a secondary event for their music program in order to introduce some of the most interesting artist of the underground street yet original, the festival presented an annual platform for national and international artist who operated outside of the traditional art establishment, both indoors and outdoors, to stimulate conversation that would challenge the notions of what art is, and what it can be. 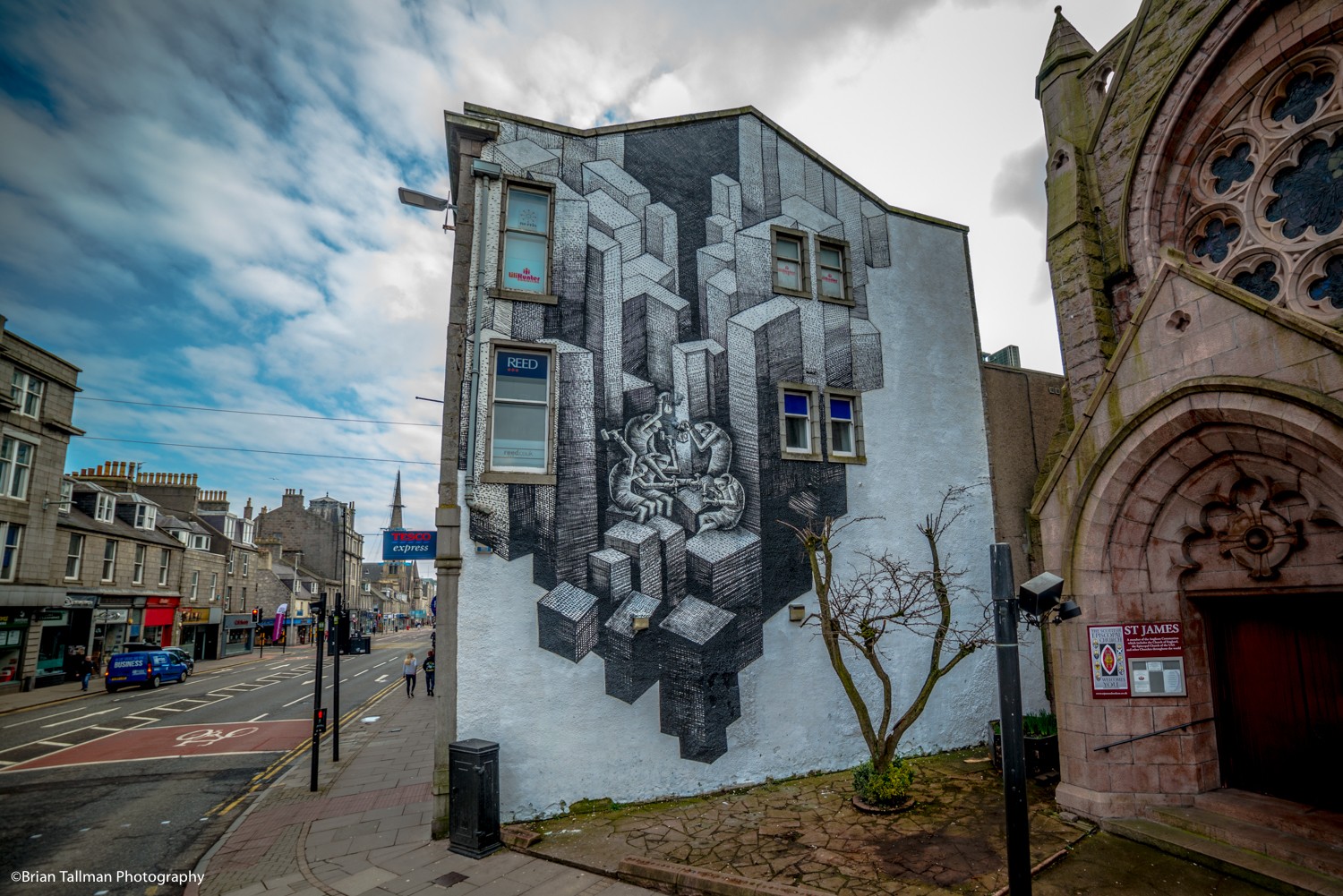 It wasn’t long before the visual part of the project continued on its own and grew into what’s now widely considered to be the world’s leading celebration of street art among its peers. It was around the 15th year of the festival when founder and director Martyn Reed and his team were approached by the city of Aberdeen, Scotland with an idea to develop a similar project in their own town. After years of rejecting similar offers, the team felt a strong connection and similarities between the two oil industry-dependent cities, and in 2017 the first edition of Nuart Aberdeen  was introduced to the public. 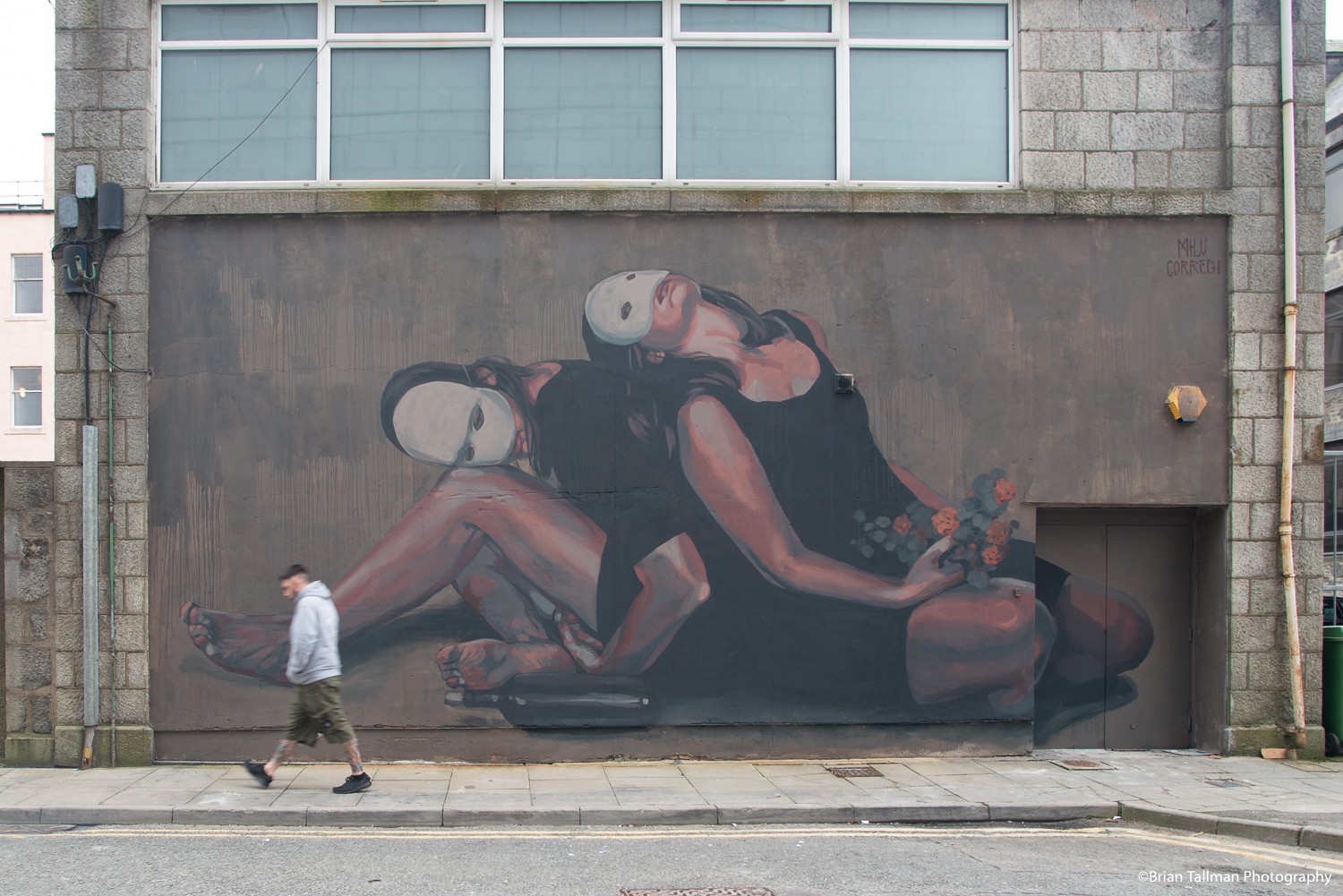 The 2nd edition of this festival was held only a few weeks ago, and once again brought the Granite City to the spotlight of the international urban and street art scene. Nuart Aberdeen invited well-established artists who first started their careers at Nuart in Stavanger, such as Bordalo II and Ernest Zacharevic, which helped introduce a wide range and vibrancy of contemporary street art to the young festival. Working with local themes and subjects, but within their individual visual languages and mediums, the international line-up of artists produced an impressive series of public murals, installations, and interventions, which brightened up the daily routines of locals, and provided a new attraction for the festival’s visitors. 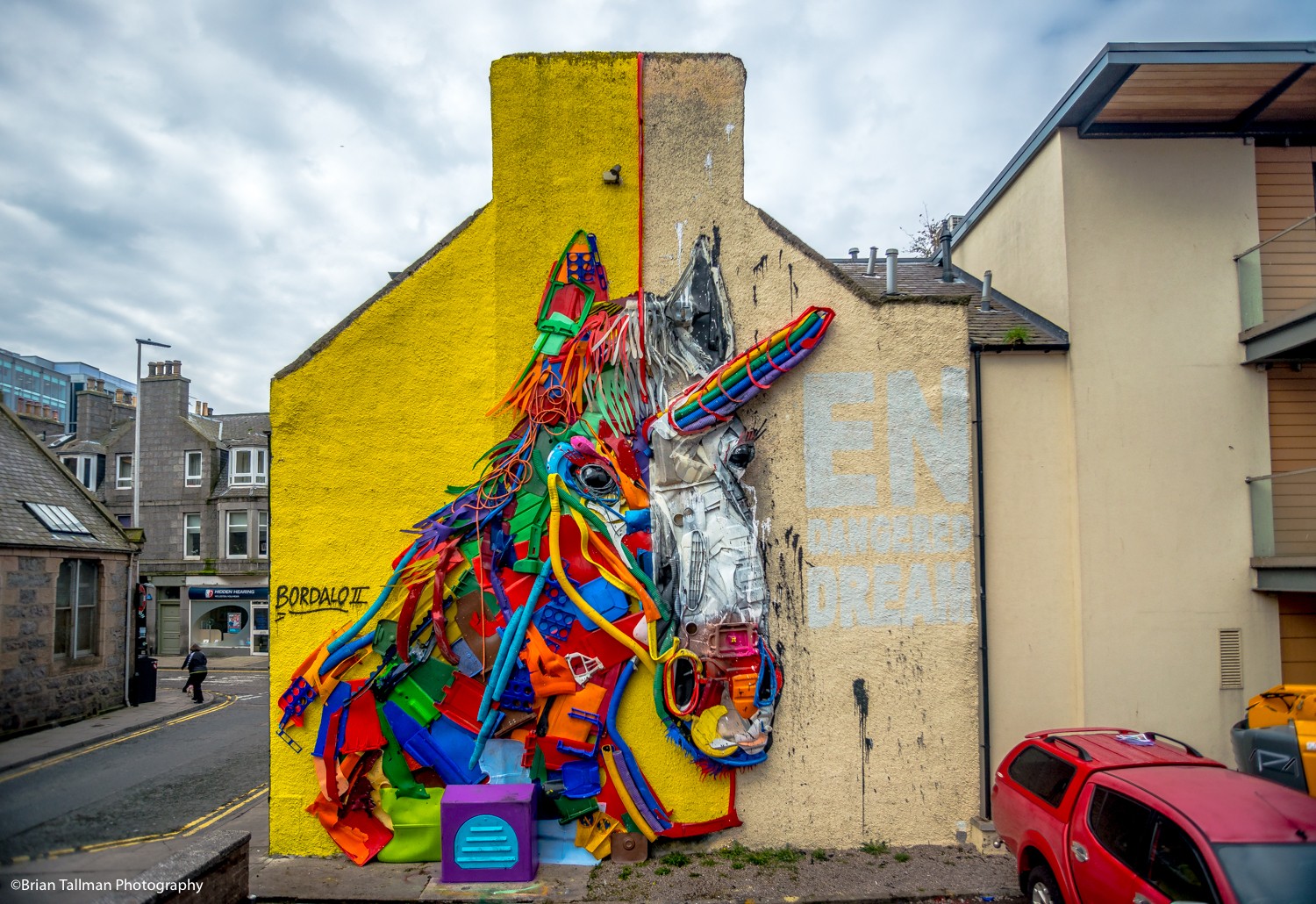 Addressing themes like the relationship between UK and Scotland (Hyuro), regional history and legends (Bordalo II, Milu Correch, Nimi & RH74, Phlegm), or referring to local specifics such as the lively seagull population (Conzo & Globel; Ernest Zacharevic or Snik), the public works covered topics that locals could easily identify with and engage. And while these pieces were being created on the streets and alleys of the Grey City, selected group of academics were discussing and presenting the past, current, and possible future state of the movement, in the presence of local and international enthusiasts, fans, and members of the creative community. 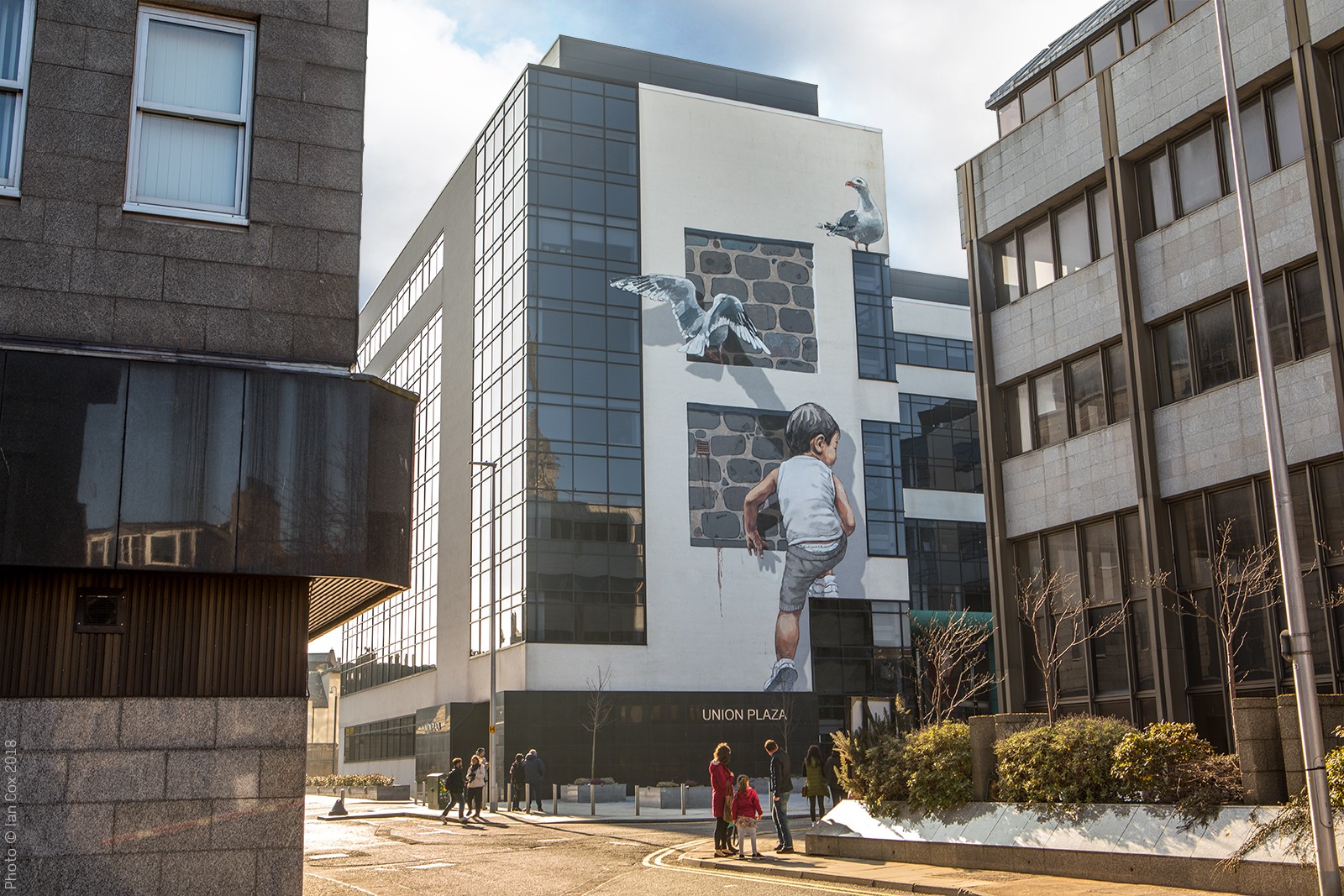 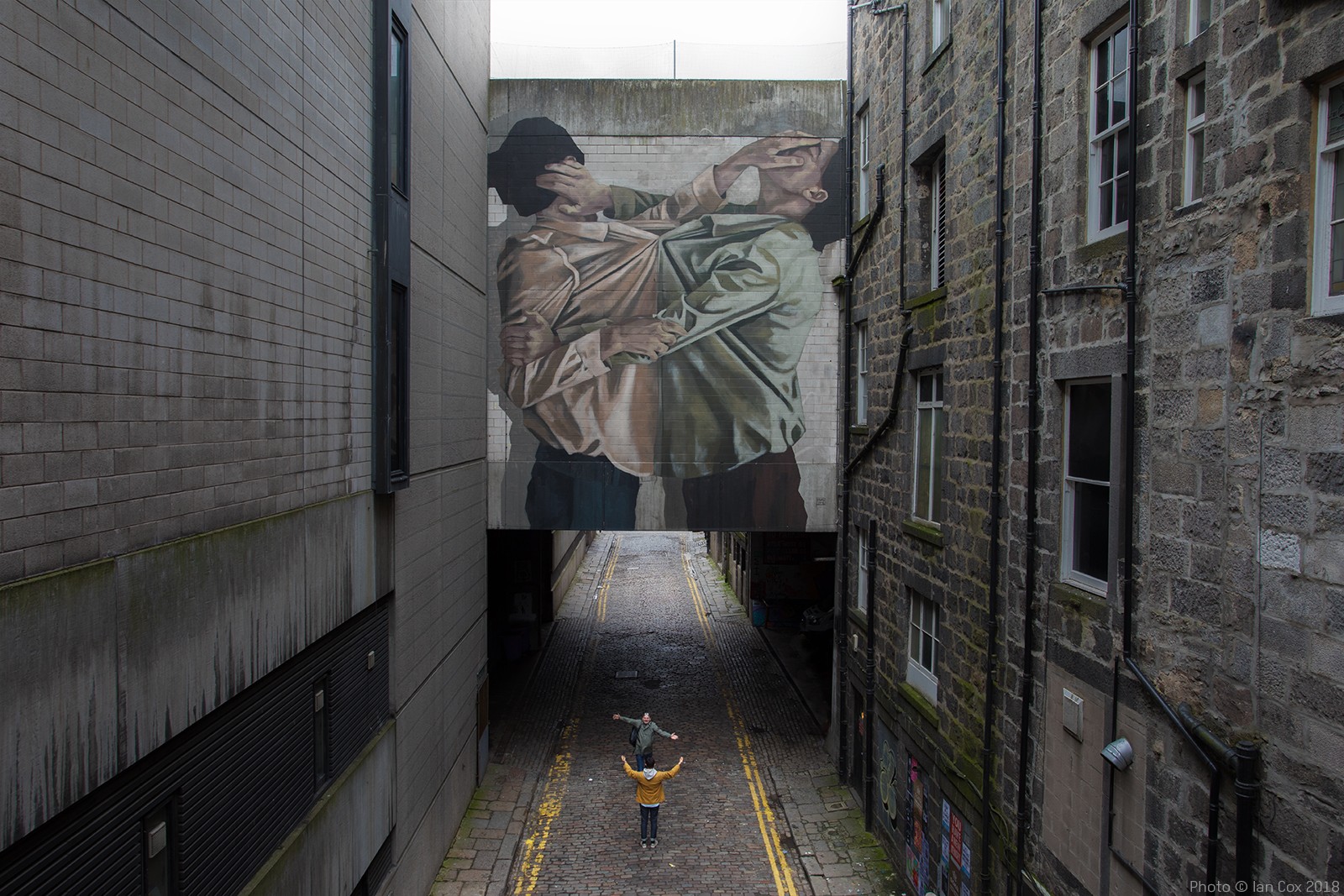 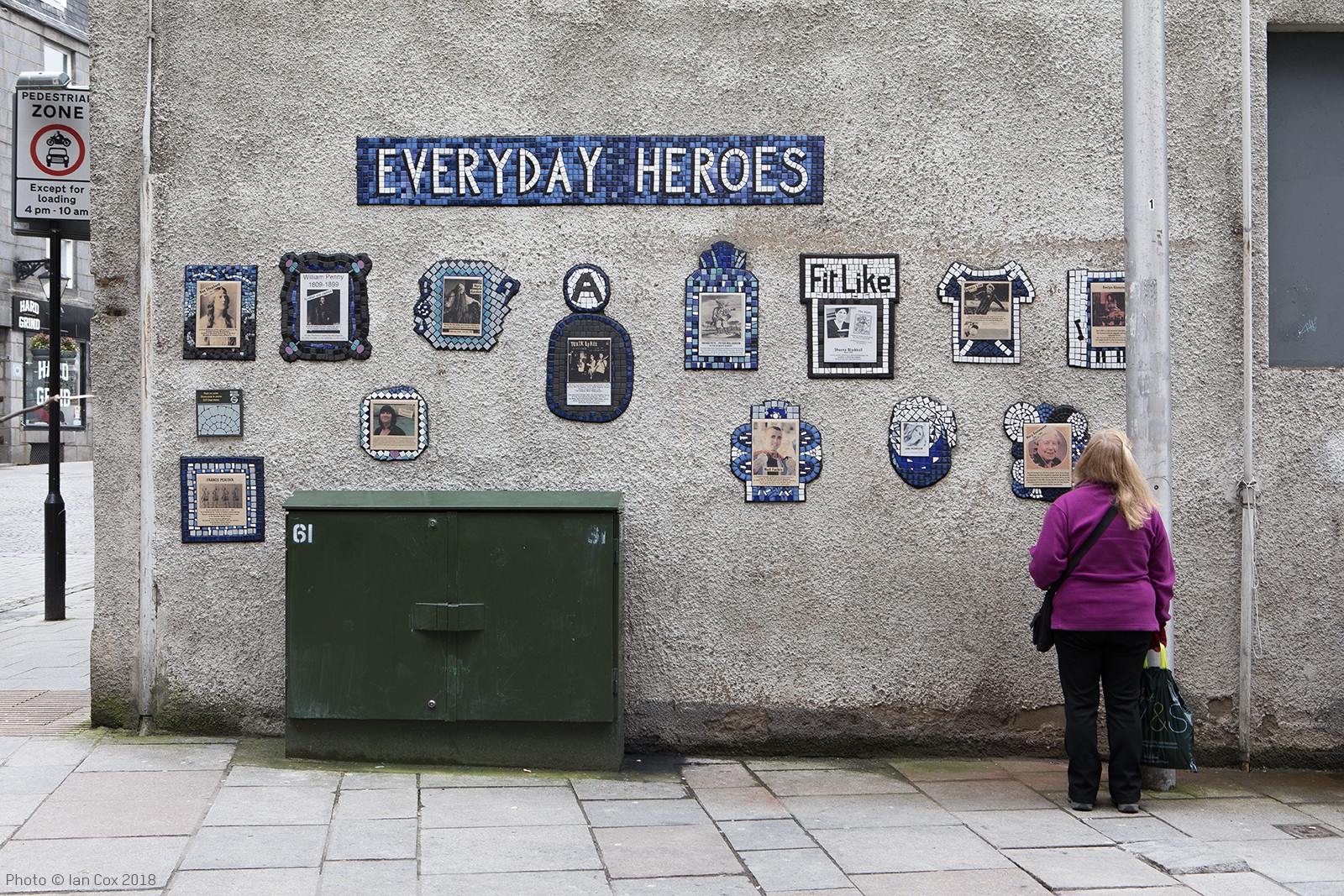 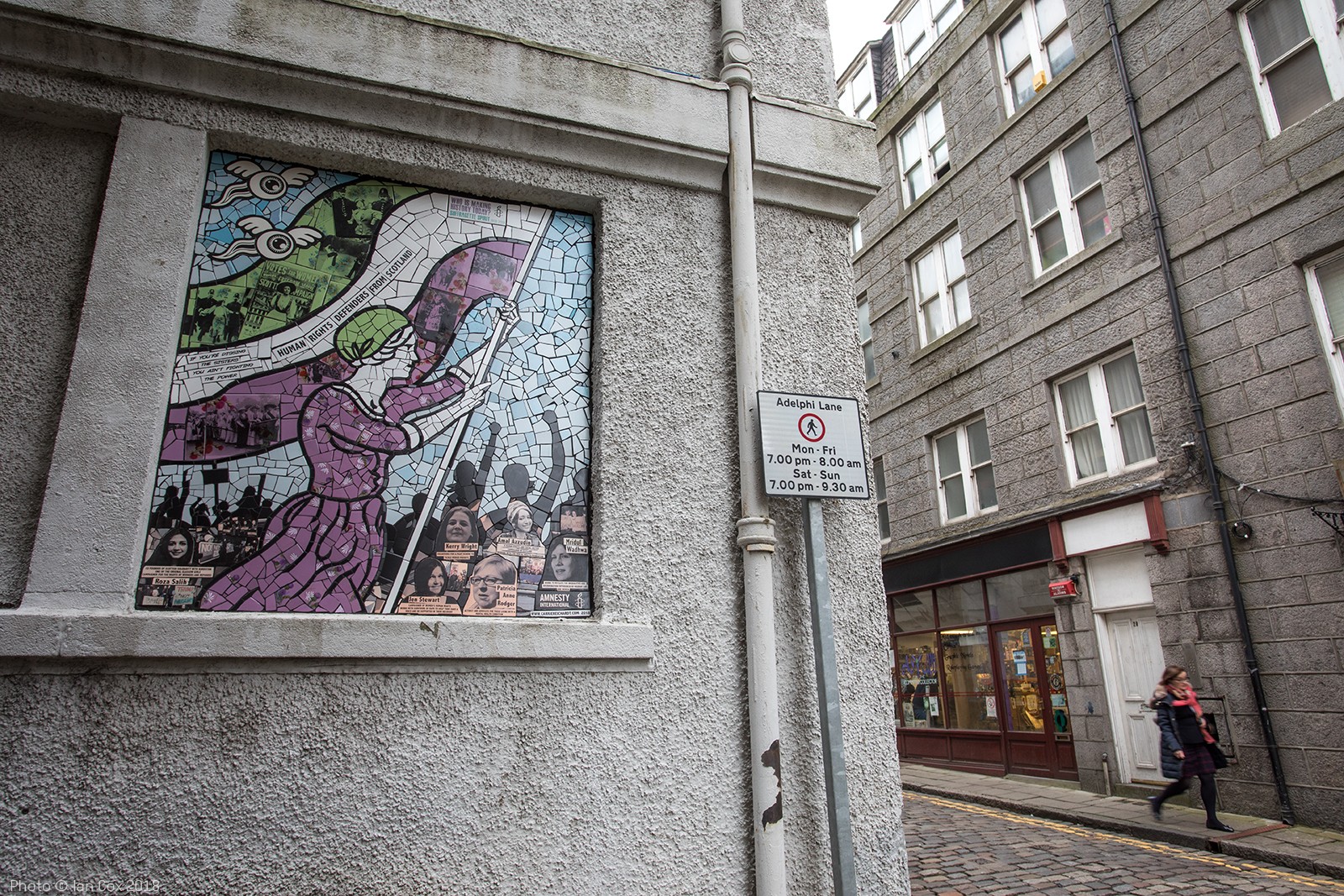 Always highlighting the activism side of public art, this year’s edition included a project with Amnesty International, presenting their project in support of women human rights defenders in the UK. For this part of the project the team joined forces with “craftivist” Carrie Reichardt who designed an elaborate ceramic mosaic that celebrates Scotland’s woman human rights defenders and the Suffragette movement. The London-based contemporary ceramicist also created “We are Witches” and “Trailblazing Women of Aberdeen,” borrowing the aesthetics of traditional stain glass windows. She also helped create a public monument to local unsung heroes which was fully designed, cut, and installed by local volunteers under the stewardship of Reichardt. 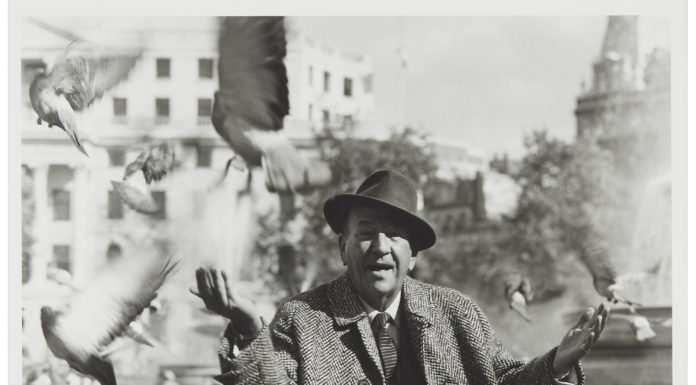 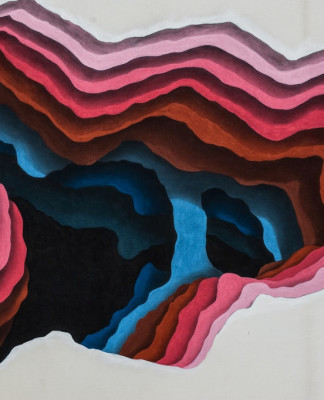 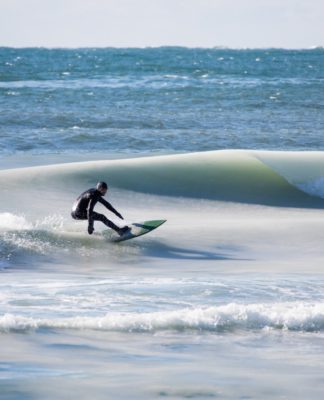 Nearly Frozen ‘Slurpee’ Waves Surge off the Coast of Nantucket 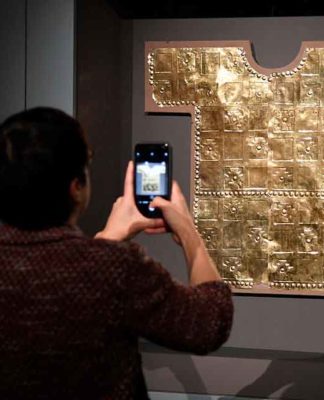 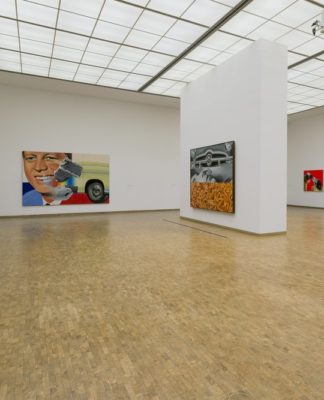