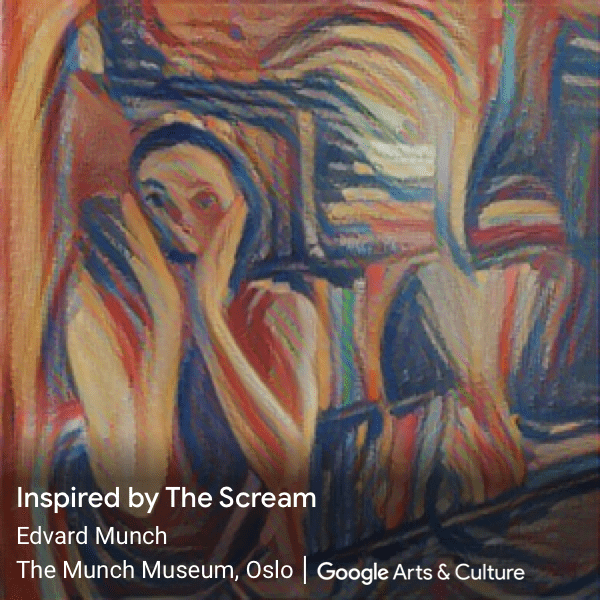 Google’s constantly evolving Art and Culture project has a new feature that recreates the space around you in the style of a famous work of art. You can now overlay Vincent Van Gogh’s Starry Night with a view from your balcony or capture yourself in the style of Frida Calo’s famous self-portrait.

The new filter called Art Transfer uses paintings, decorative objects, antiquities, and drawings from the collections of the Paul Getty Museum in Los Angeles as well as famous works from other collections. Users can create a photo in the application or upload a saved image and then choose from a popular work such as “Portrait of Agostino Pallavicini” by Antonis van Dyck, “The Circus Stage” by Marc Chagall or “Man of Naples” by Jean-Michel Basquiat. And then it remains to see how the photograph takes on colors, forms and artistic style of the work. The artwork can be superimposed on the entire image or on individual areas indicated by the user.

Art became a major hobby during quarantine life. The newest Getty Challenge allowed people all over the world to recreate famous works of art with fun and enjoyable results.

“Art is a great unity, a reminder that we are all together,” Lisa Lapin, Vice President Communications at the Getty Museum, told Hyperallergic. – When Google proposed the concept of Art Transfer, we liked the idea of using artificial intelligence technology to give people more tools to play. They can have fun by studying works from the Getty collections, learning about different approaches and styles of artists, and then applying these approaches to their own creations.

This is not the first example of a collaboration between Google and the Getty Museum. In 2011, the California Institute developed Goggles, a mobile application with a search giant, which provides access to online resources for visitors viewing the collection.

Other works of art from the Getty collections that can be transferred to your Art Transfer photos include self-portraits of Andy Warhol and Vincent Van Gogh, Katsusiki Hokusai’s “Big Wave in Kanagawa” and “Improvisation 26. Rowing by Wassily Kandinsky, and without her! – “Mona Lisa” by Leonardo da Vinci. If users want to go deep into times, they are offered an exciting selection of antiquities from Roman-Egyptian times to the beginning of 100th years AD, including a Greek gem with an engraving in the form of a grasshopper, dated 425-400 years BC.