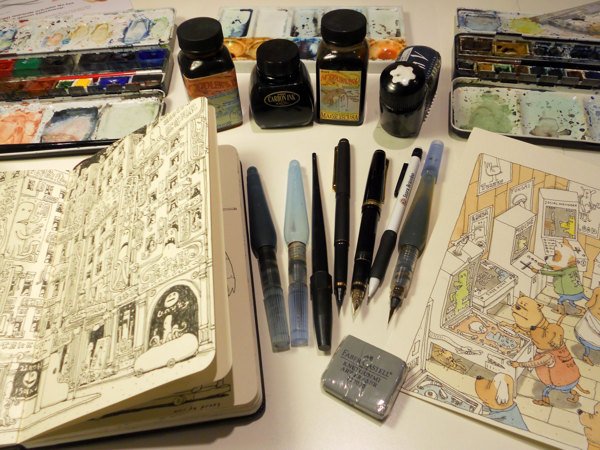 Swedish illustrator Mattias Adolfsson fills his sketchbooks and canvases edge to edge with his manically dense drawings of… well, just about anything you can imagine. 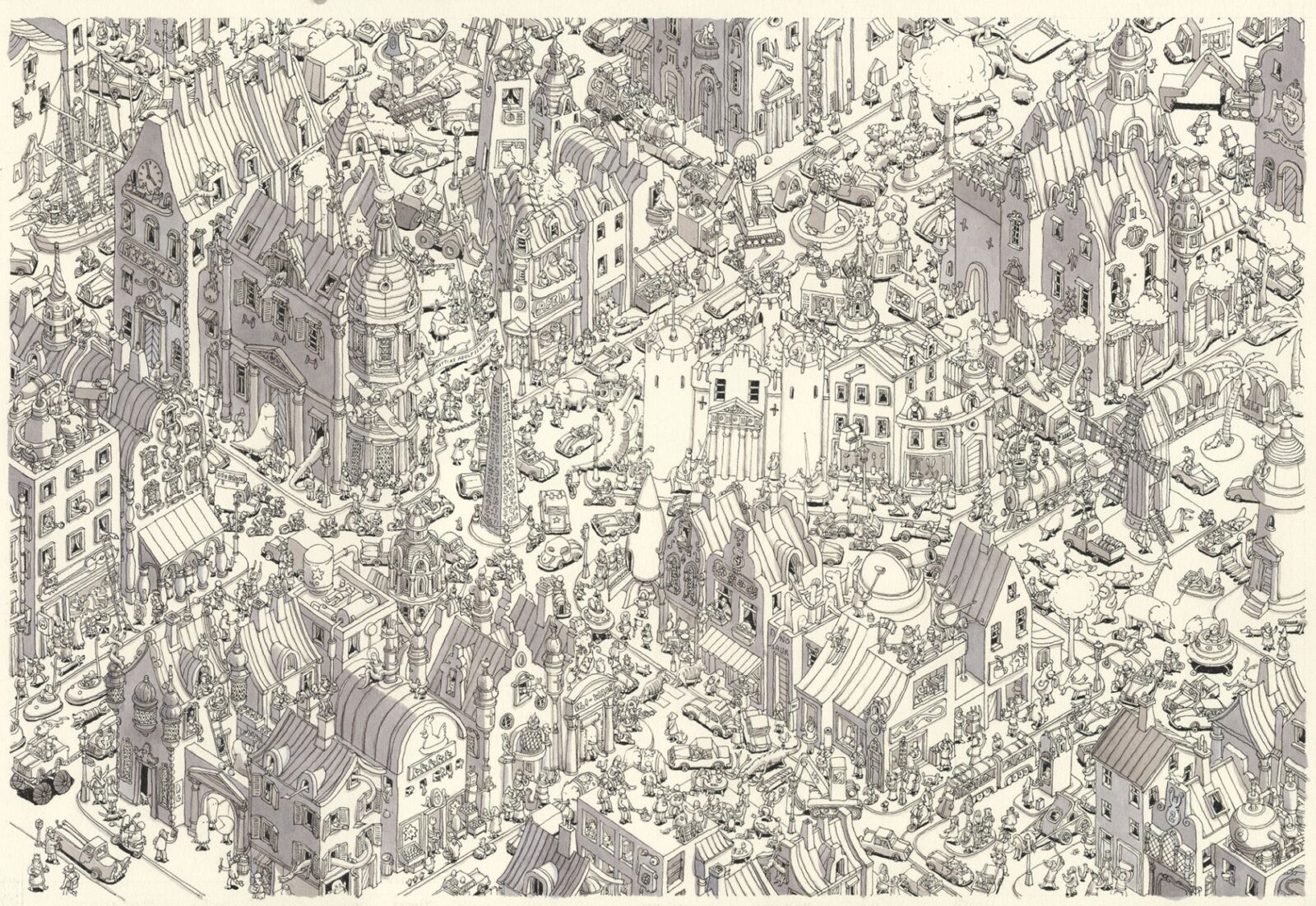 Around the framework of a known destination such as a small village or the interior of a church, the artist populates nearly every square inch with bands of unruly characters, Rube Goldberg-esque contraptions, and overly complex spacesuits. The purpose of everything seems to be a mystery, but the time spent trying to understand it all is always rewarding, a first-glance view can turn into minutes of exploration as each piece slowly unravels like a story. 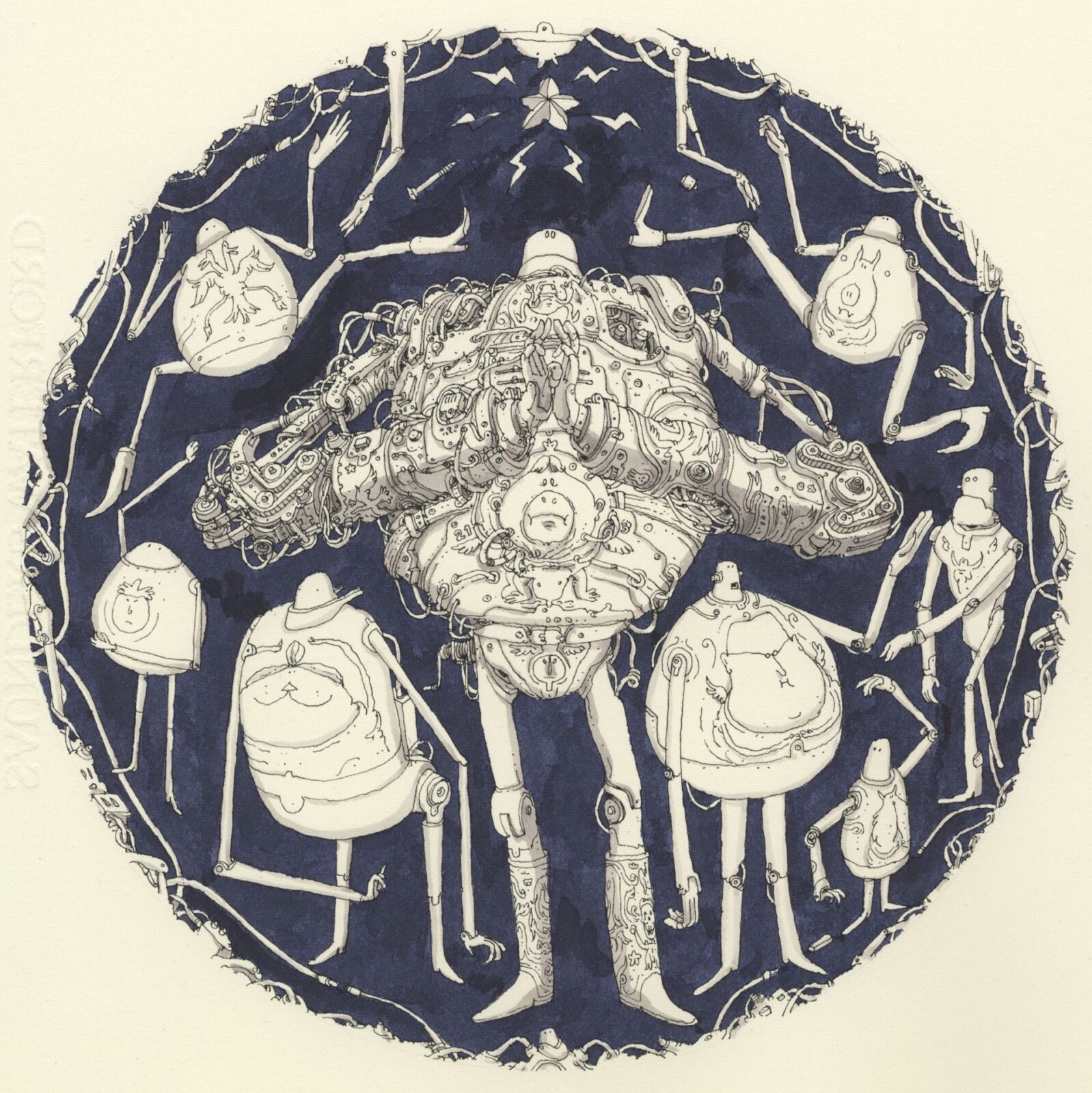 Also unusual is that almost all of his drawings the artist performs without a preliminary sketch pencil – giving the pen freedom. 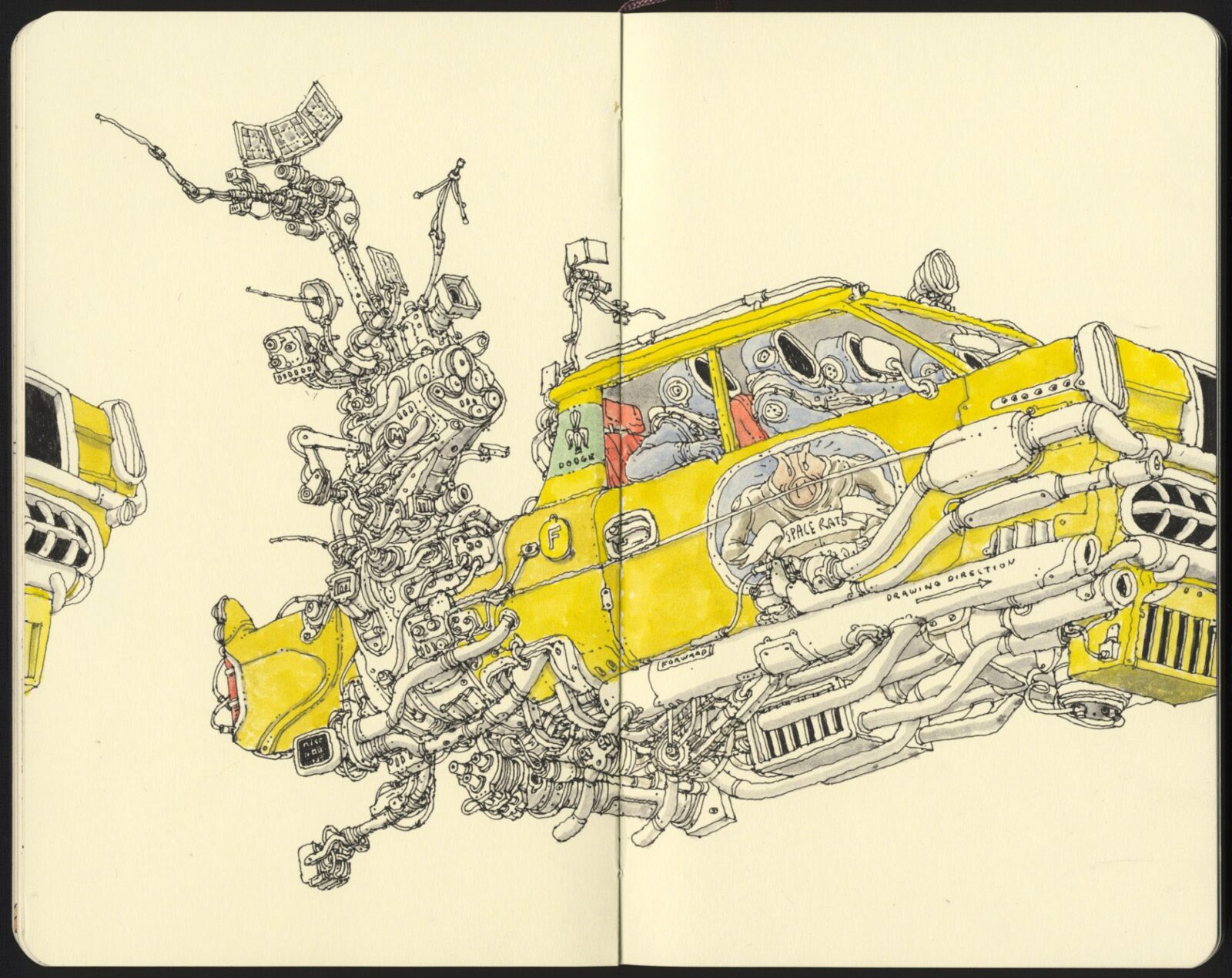 About the work – it was mostly an accidental part-time job, until he defended his master’s degree in fine art in graphic design in 1995. After that he started working with computer games and in 3D animation. And then he left the games industry last summer and now works as a freelance illustrator. Now he works at home with his wife (who is also an artist), turning the garage into a studio
I am amazed by the amount of small details that Matthias manages to not only come up with, but also draw on a small format a notebook. A creative magazine, and nothing worse than a full-fledged picture that hangs in museums. 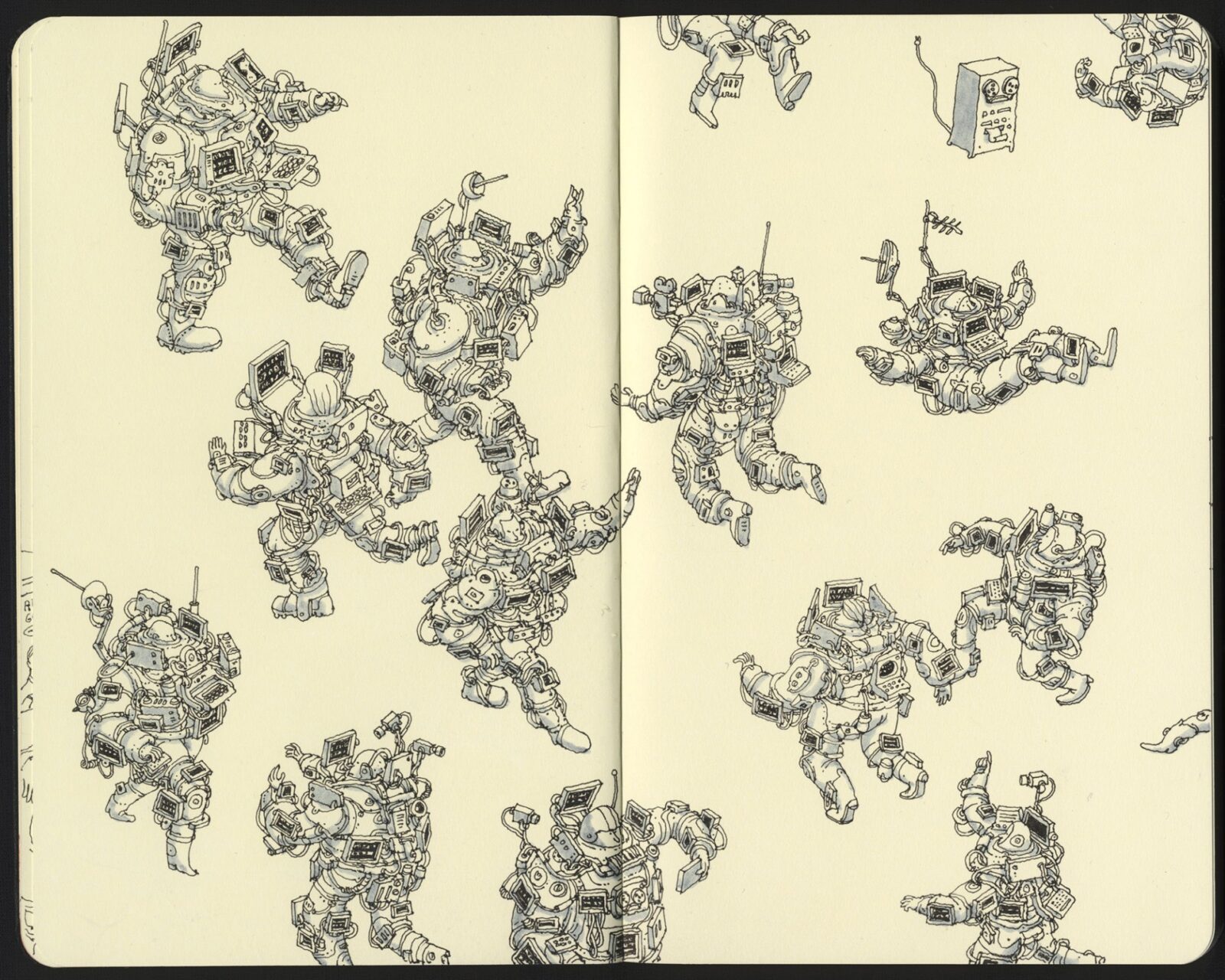 In most cases, pictures are created spontaneously, but in the case of large projects – the general view of the picture. 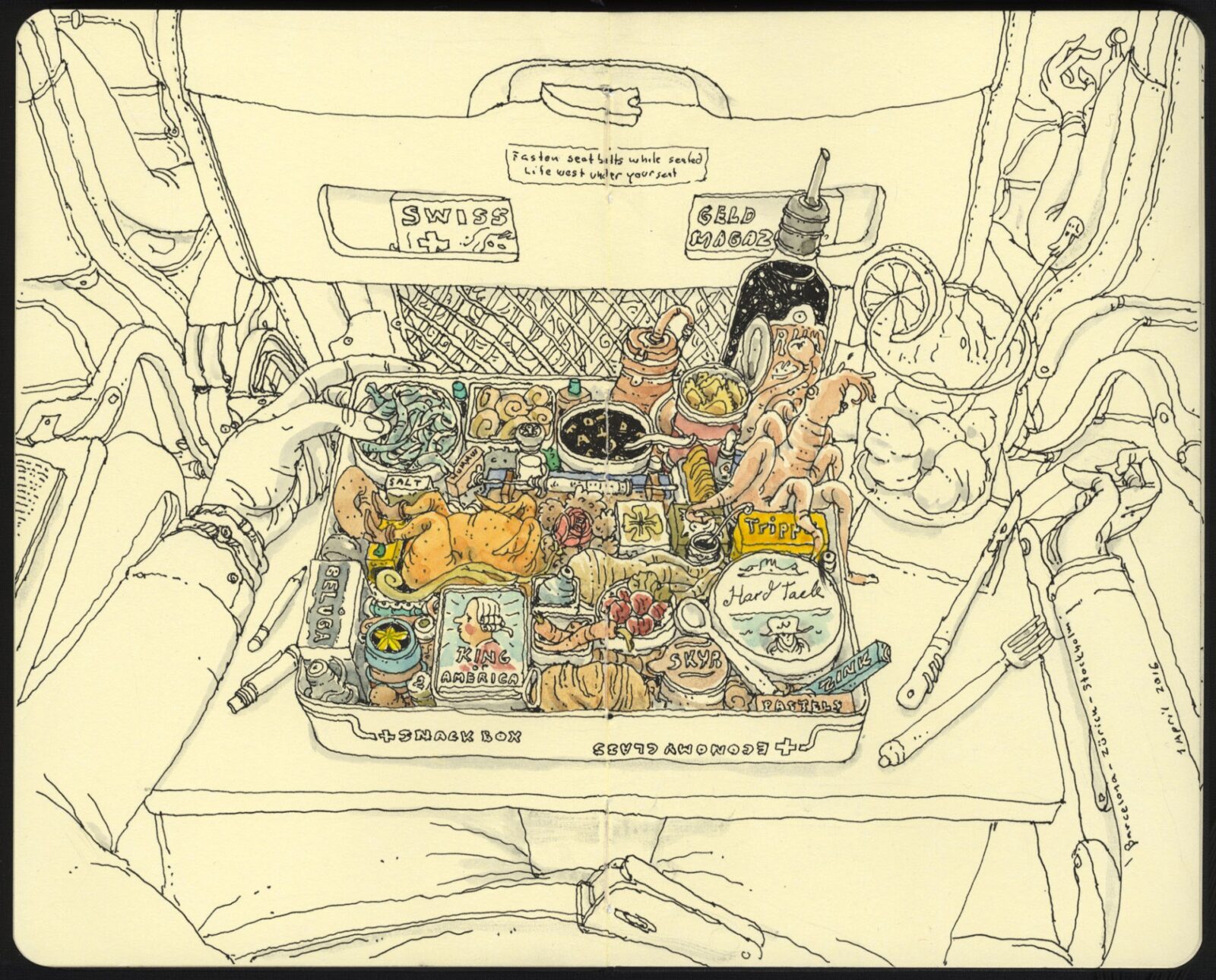 The main artists who influenced the work of Matthias are Oscar Anderson (Swedish artist, died in 1906) and Tuve Janson (the author of popular mummy trolls). 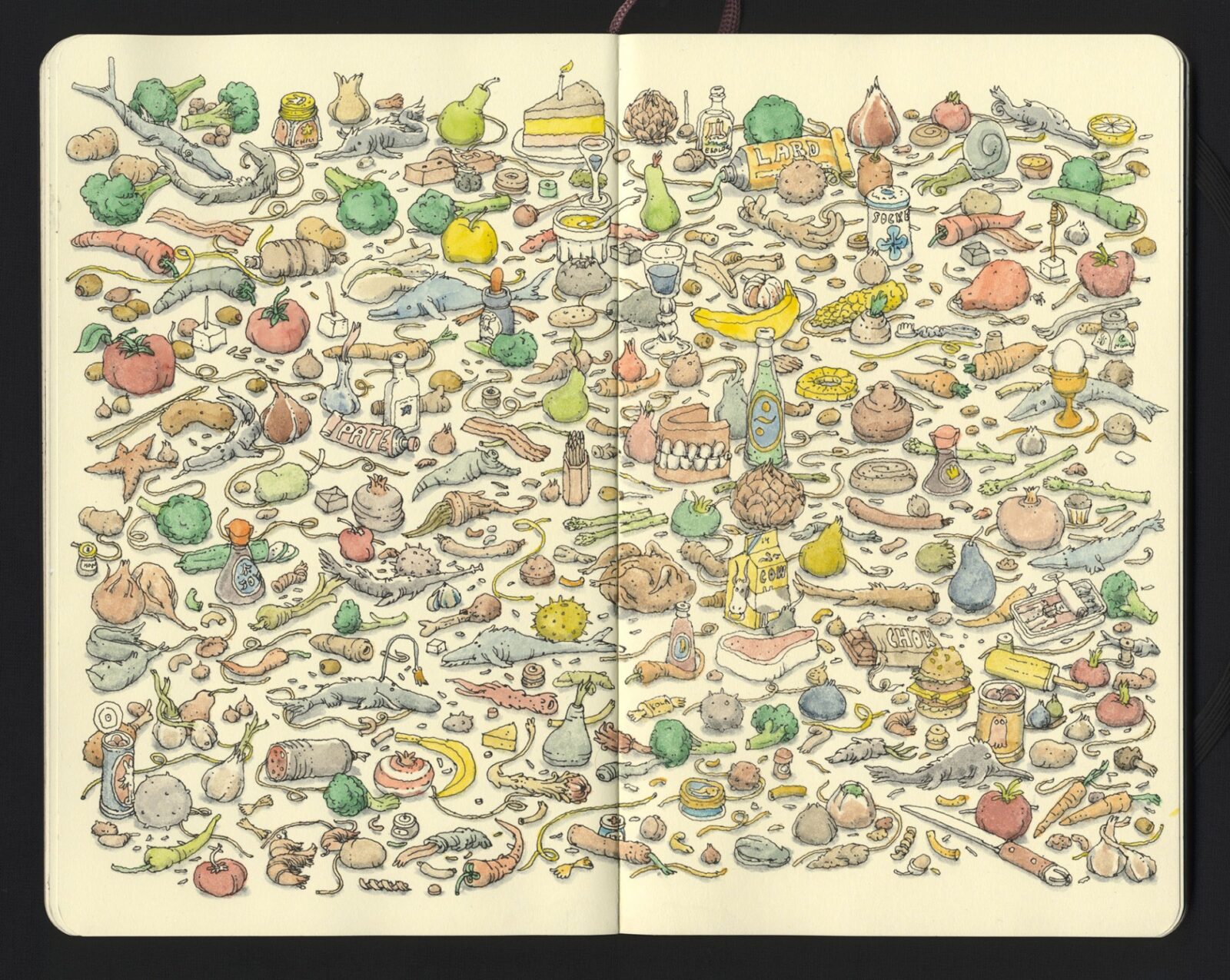 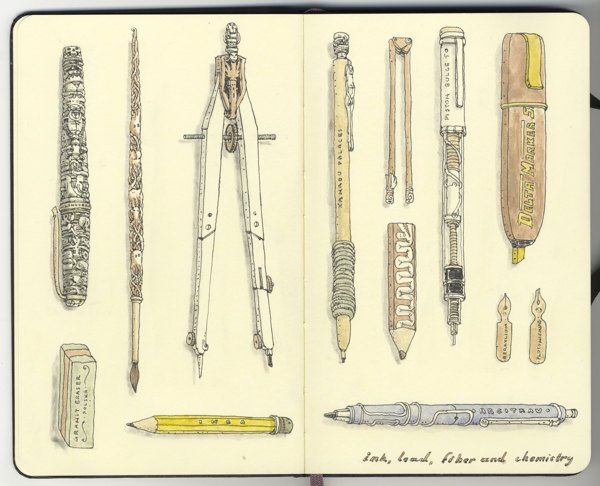 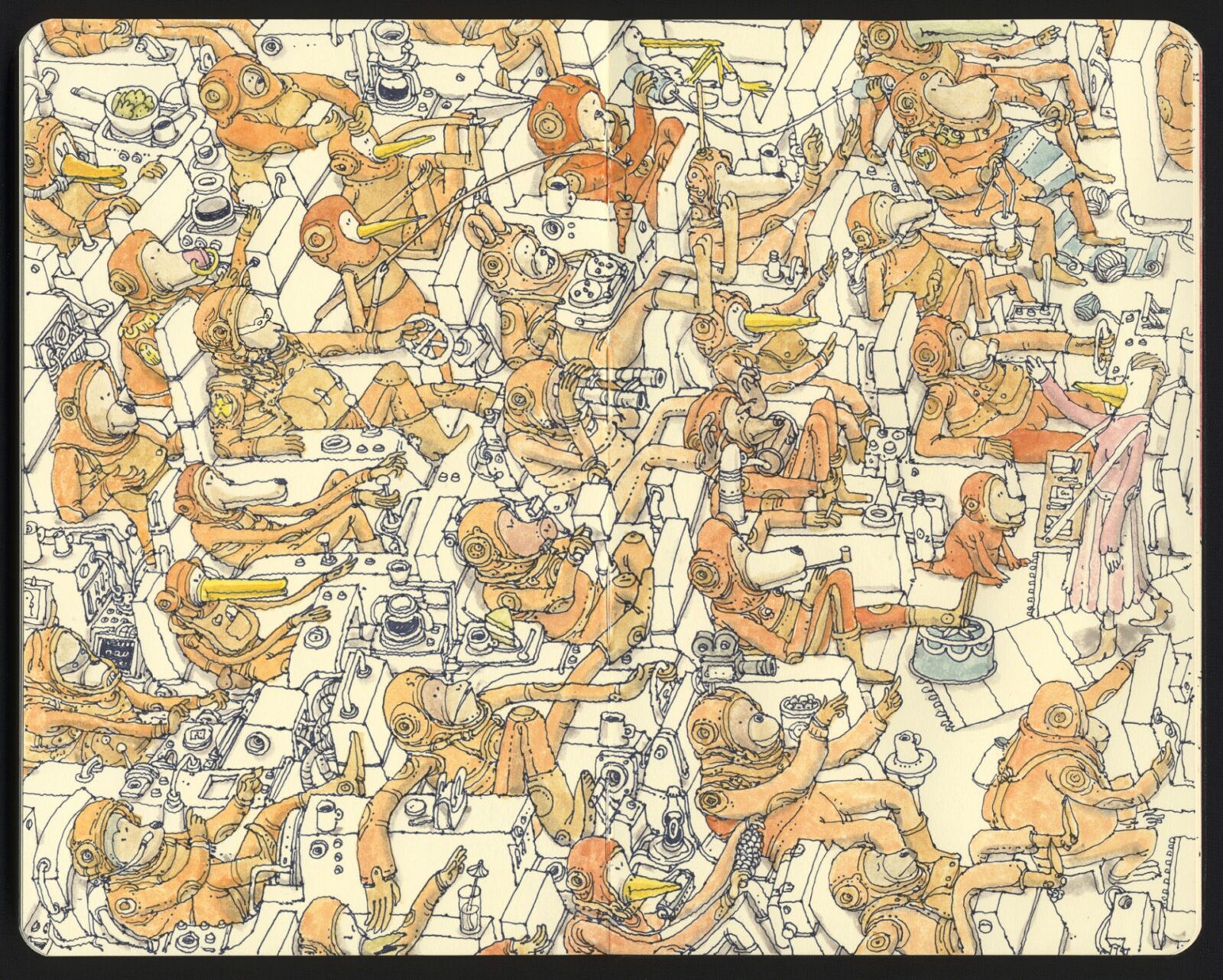 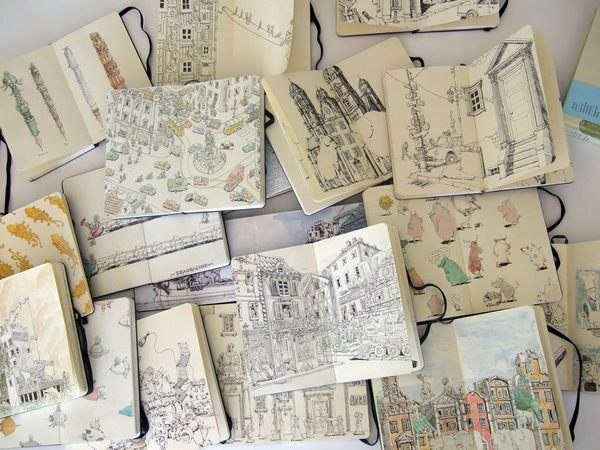 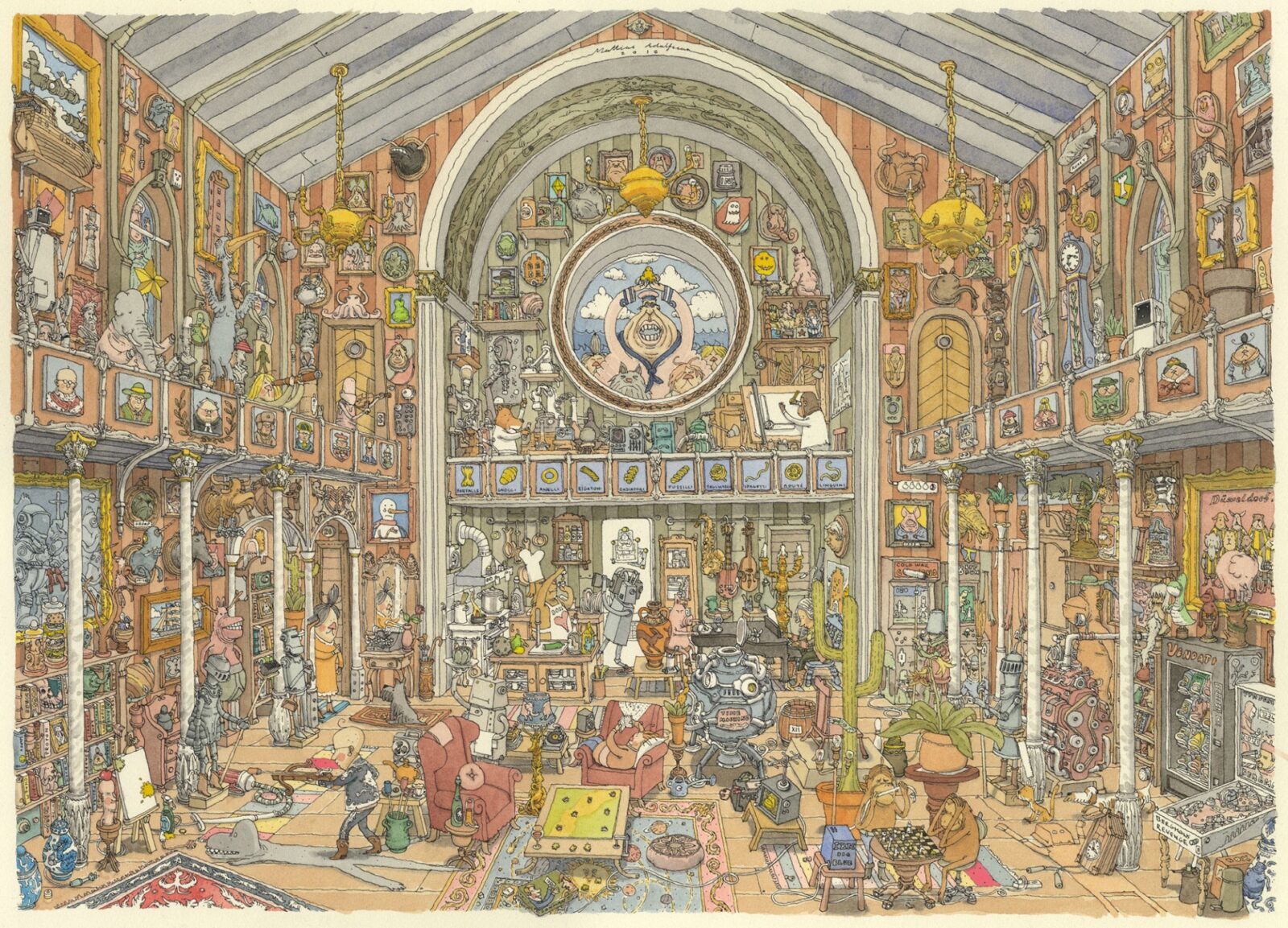 Adolfsson is as meticulous in the documentation and sharing of his work as the subject matter itself. You can follow his process and peek inside numerous sketchbooks on his website, where you can also find many of his drawings gathered into a series of books. He also shares prints and a few original watercolor works in his Etsy shop.