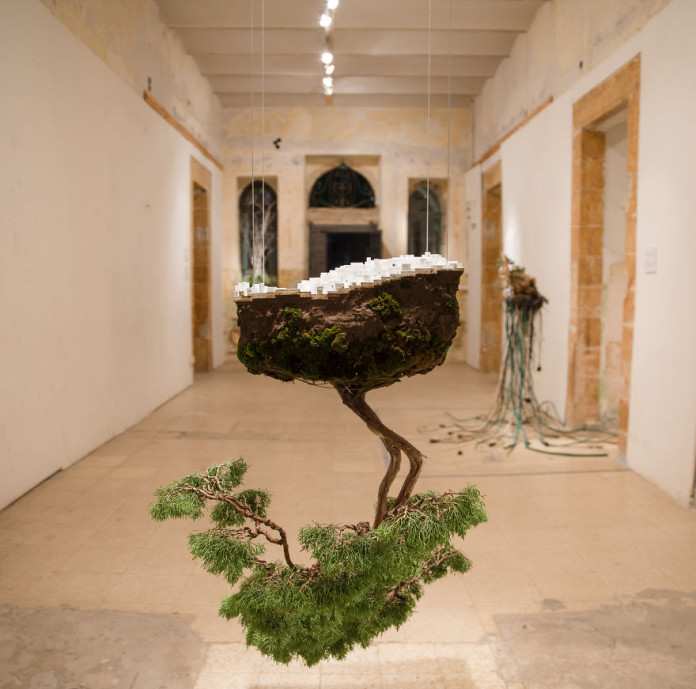 Bonsai is a very frustrating medium for an artist. Although amazingly beautiful and zen-like in its focus on process rather than product, the dominant nature of the trees makes it extremely challenging for use in conceptual art pieces.

That’s why traditionally, personal artistic expression in bonsai has always been done through the display, rather than the tree itself. But all around the world, current bonsai displays tend to be the same copies of the same template, in a sort of watered-down interpretation of traditional Japanese display.

​ Ofer Grunwald decided to change that in a world-first exhibition that would reinvent bonsai as a contemporary, Western art-form.

The group of young designers from the Bezalel academy in Jerusalem, and a leading bonsai artist, who got together to try and bring the ancient art of bonsai up to speed with the contemporary art world.

They worked for four months to put this exhibition together, in keeping with the fleeting nature of bonsai (and to ensure the health and safety of the trees) the exhibition was only open for one day! Detail of Itamar’s work on the city Detail of works in the gallery, showing another of Itamar Conforti’s pieces Detail from another of the works in the exhibiton The Reason Why This Agency Made A Music Video Is Spectacular