The fates of famous artists are an inexhaustible source of inspiration for cinema. Biographical tapes explore the phenomenon of art through the vicissitudes of its authors. Films about artists offer to imbue with lively passions that nourished recognized masterpieces.

The film is directed by Julian Schnabel about the last years of Vincent Van Gogh’s life. Through the eyes of the artist, the viewer monitors his stay in Arles, as well as in the Saint-Paul-de-Musol hospital. Dizzying camera work, expressive close-ups, the play of light and shadows turn the picture itself almost into a painting. Willem Dafoe, in preparation for filming, learned to draw in the style of Van Gogh. He was nominated for an Oscar in 2019 as “Best Actor.”

Salma Hayek played a major role in Julie Taymor`s movie about the famous Mexican artist Frida Kahlo, who managed to transfer physical pain, sensuality, views on politics, and rough relations with her husband-artist Diego Rivera into the sphere of creativity. The film won an Oscar in the nominations for Best Music for the Film and Best Makeup.

The film by Jacques Doyon illustrates a short segment of the life of Auguste Rodin. The action begins in 1880, when Rodin received an order for The Gates of Hell, one of his most famous works. The sculpture is intertwined with a difficult relationship with women – Rosa Boer, the mother of his child, and Camille Claudel (performed by Izïa Higelin). From a student of Rodin, Claudel becomes an assistant, then a mistress, and after ten years, she herself turns into a talented sculptor. 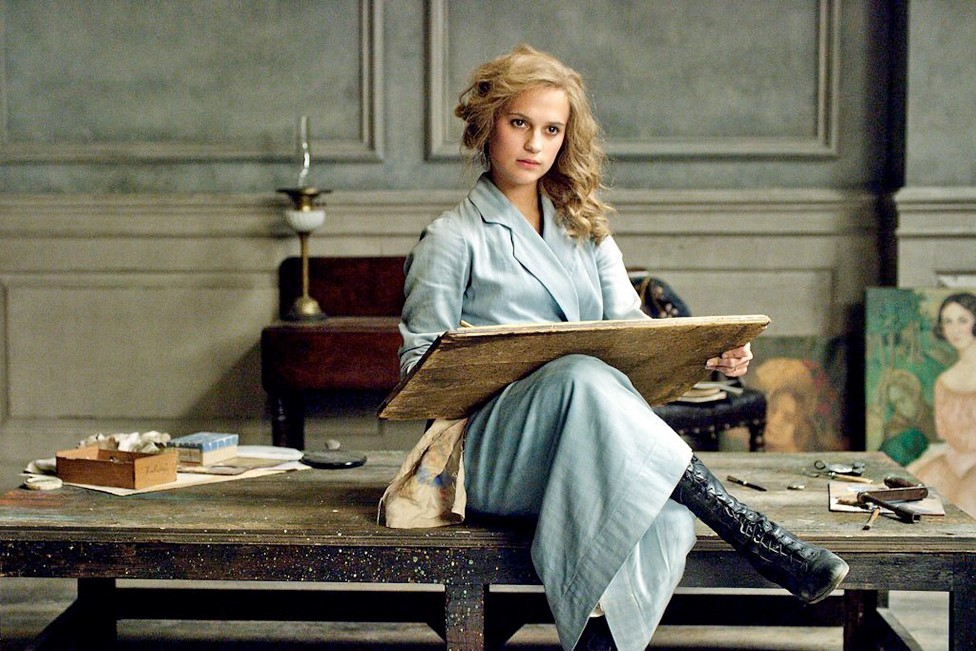 After Einar Wegener disguised himself as a woman to pose for his wife’s sketches, he began to question his gender identity and was one of the first people to go through surgical sex correction. The Oscar-winning film was directed by Tom Hooper. Alicia Vikander plays Einar’s wife.  Gerda Wegener was an artist and illustrator. The woman demonstrated strength, vulnerability, and unconditional love.

Scriptwriter and director Julian Schnabel dedicated a picture of the short but eventful life of Jean-Michel Basquiat. The film, nominated for the Golden Lion at the 1996 Venice Film Festival, addresses issues of expectation of fame and inability to cope with it. Starring – Jeffrey Wright.