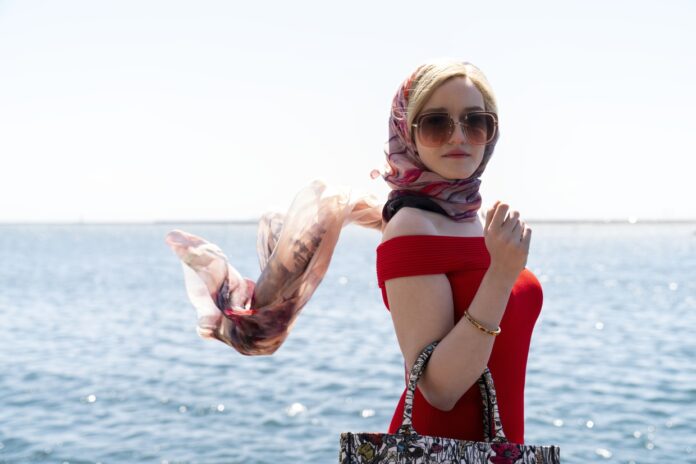 Real-life scammer Anna Delvey lived a lavish life before she was caught in a lie.

The first look at Shonda Rhimes’ new series chronicling the true story of Anna Delvey, a con artist who lived a glamorous life posing as a German heiress in New York City, is officially here.

The Netflix series “Inventing Anna” will be available to stream beginning on Feb. 11, 2022. If the trailer is any indication, the series is going to be incredible.

The sneak peek includes snippets of Delvey living her best life in New York City, carrying a purse full of cash, sitting front row at a fashion show and being chauffeured around town.

It also shows the perspective of a journalist trying to unravel the strange, mysterious story of the New York City party girl as she awaits trial on theft charges.

“In Inventing Anna, a journalist with a lot to prove investigates the case of Anna Delvey, the Instagram-legendary German heiress who stole the hearts of New York’s social scene — and stole their money as well. But is Anna New York’s biggest con woman, or is she simply the new portrait of the American dream,” Netflix teased when it announced the series last month.

Delvey, real name Anna Sorokin, made national headlines after her story of grifting and rubbing shoulders with New York City socialites was published in New York Magazine in 2018 when the fake heiress was arrested.

Jessica Pressler, the journalist who wrote the original article, is serving as a producer. The series will follow a similar path as reality with a reporter named Vivian, played by Anna Chlumsky, who is trying to get a better sense of who the mysterious German scammer is, played by Julia Garner.

The first photos from the series show Anna wearing glamorous clothing and surrounded by luxury before her scam takes a sharp turn and she’s being visited in prison by Vivian.

Sorokin was sentenced to four to 12 years in prison. She was released in February of this year.

This isn’t the first article from Pressler that has led to a hotly anticipated Hollywood vehicle. She also wrote the article that was the basis for the Jennifer Lopez movie “Hustlers.”