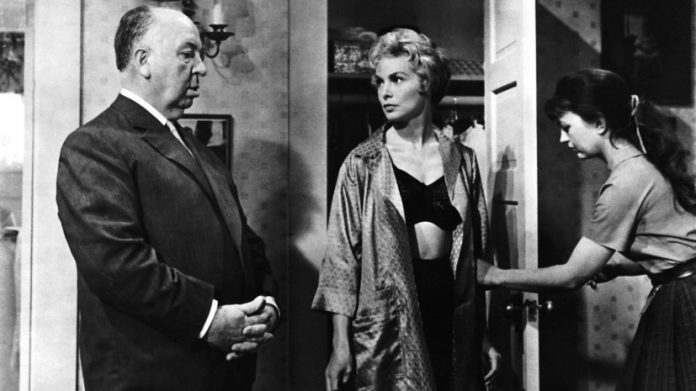 June 16, 1960, in the U.S., was the premiere of the cult psychological chorus Alfred Hitchcock “Psycho”. Roles in the film were performed by Anthony Perkins, John Gavin, Vera Miles, and Janet Lee. The first reaction to the film was ambiguous, but over time, critics have revised their attitude: “Psycho” recognized the best work, Hitchcock. This film had a strong impact on the film industry and completely changed the understanding of genres such as horror films and thrillers. Hitchcock has opened up many unconventional techniques to modern filmmakers and showed how to manipulate the audience.

Sixty years ago, June 16, 1960, in the U.S. was the premiere of the cult detective thriller Alfred Hitchcock “Psycho”. The painting was a screen adaptation of the novel of the same name by Robert Bloch (the book, in turn, was based on the story of an American maniac and necrophilic Ed Gean). The roles in the film were performed by Anthony Perkins, John Gavin, Vera Miles, and Janet Lee.

In the story, the heroine Janet Lee, Marion, steals a large sum of money and leaves town in the hope of starting a new life. After a long journey, she stays at the Norman Bates Motel (Anthony Perkins). The man likes the guest, but, as the hero himself claims, his unhealthy mother is against this relationship. In the evening, she comes to Marion’s room and kills her. A private detective will investigate the crime, as well as the beloved and sister of the deceased.

The main character of the film is visually different from the character in the book. Robert Bloch describes Norman as suffering from an overweight unattractive middle-aged man. At Hitchcock, he is young and handsome. The director was sure that the finale of the film will make a more vivid impression if you make the main character a simple guy who is initially difficult to suspect something terrible.

By the way, the film does not show many details of the murders: they are too disgusting to be displayed on the screen. Hitchcock pointed out that in such cases one should leave the imagination free.

Hitchcock fueled interest in the film, constantly spreading rumors about who will play Norman’s mother – Mrs. Bates. Among the candidates for this role were allegedly Judith Anderson (“Rebecca”) and Helen Hayes (“Airport”). Many elderly actresses wrote letters to the director asking him to choose them.

Also, Hitchcock insisted that no one was allowed into the cinema after the start of the session (in those years, viewers could come to the theater at any time and start watching the movie from the middle, and then stay for the next session and see what they missed). The director didn’t want the viewers entering the second half of the session to wonder where Janet Lee was, as she was the most famous of the cast.

It is known that Hitchcock did not show the script to producers from Paramount: firstly, to avoid spoilers, secondly, so that no one could influence the plot. The producers were reluctant to allocate $800,000 and not ask questions. In addition, to keep the film’s outcome a secret, after acquiring the rights to screen the novel, the director bought as many copies of Bloch’s book as he could.

Naturally, Hitchcock’s flirtation with the audience was not limited to organizational issues. The film “Psycho” is built on a very interesting scheme that first helps to set the audience to certain expectations, and then – to completely destroy them. The director noted that he directed the audience, played them like an organ, and this game was very exciting.

Syrup instead of blood

Although “Psycho” was shot when technical capabilities allowed to work with color, Alfred Hitchcock decided to make the film black and white. First, the director thought that the color would make the picture too bloody. Secondly, he wanted to make a quality and inexpensive picture.

Besides the low cost, black and white were more convenient because Hitchcock was able to use the chocolate syrup as blood.

The director’s attention to unobvious details can be seen in many scenes. So, in one episode, Norman realizes there’s been a murder and he’s hysterically yelling at his mother. To make the hero seem even younger and more innocent, Hitchcock in this very scene forced the sound directors to remove the bass from the voice of Anthony Perkins to scream like a frightened teenager.

The scene with Janet Lee in the shower became one of the most iconic and memorable not only in “Psycho”, but in the entire history of cinema. While working on this episode, the creators faced a number of difficulties. For example, Janet Lee’s nudity had to be shown in a way that would not make the censorship committee angry.

IT TOOK SEVEN DAYS TO SHOOT THE 45-SECOND SCENE AND 70 CAMERAS WERE SIMULTANEOUSLY RECORDED. IN THE END, THE EPISODE TURNED OUT TO BE EXTREMELY COMPELLING AND SCARY. AND, INTERESTINGLY ENOUGH, NOT ONLY FOR THE VIEWER: WAS THE JANET HERSELF AFRAID TO TAKE A SHOWER AFTERWARDS.

“I stopped showering – now I only take a bath. And if I stop somewhere where there is only a shower, I make sure that the windows and doors are locked. I also leave the bathroom door and the curtain open. I keep an eye on the door no matter where the shower is directed,” Woman’s World quoted the actress as saying.

Speaking of “Psycho”, we can’t help but mention the music. The composer Bernard Herrmann preferred string music, and Hitchcock was very pleased with the result. The director admitted that it was the composer who owed the film a third of its success.

Shootings of Psycho took place mostly in California within the walls of Revue Studios, now known as Universal Television. There, the company Paramount Pictures rented a plot to produce Hitchcock.

Today the famous Norman Bates mansion can be seen in the Universal Studios Hollywood theme park. The building is built in the style of the so-called California Gothic, popular in the north of the state, where the events of the painting. And the opening scene of the film was filmed in Phoenix, Arizona.

“A painting in the spirit of the Grand Guignol Theatre.”

The first reaction to Psycho in 1960 was ambiguous. Some critics called Hitchcock’s moves frivolous and the film pathetic.

“Such a slow push Hitchcock anxiety to a sudden shock – an old-fashioned melodramatic, which, however, acts for sure, but only until a couple of people are brutally slaughtered and the mystery of the house with a terrible inhabitant,” – wrote Bosley Krauser for the New York Times.

“Worse than the most pathetic striptease I’ve ever seen,” outraged Jimpson Harmon of Evening Standard.

Hitchcock himself thought his painting was misunderstood because he thought it was a comedy.

“Psycho” was supposed to have people screaming and screaming and so on. But no more than on the roller coaster… So the main thing is not to overdo it, because we need them to go out giggling with pleasure,” – said the director.

In any case, over time, the opinions of reviewers have changed for the better.

“Undoubtedly, does not need to present the best film Hitchcock – perfectly executed picture in the spirit of the theater “Grand Guignol” (Theater of horrors in Paris, closed in 1963. – RT). Pseudo Freudian clue at the end of the film – complete nonsense, but the real signs of a split personality transmitted spectacular and complex visual images. A real masterpiece, no matter how you spin it,” wrote Jeff Andrew for the Time Out Film Guide.

“Probably, this is the most spectacular and cinematic film of his”, – said the director, scriptwriter, and film critic Peter Bogdanovich.

Even before all the disputes have subsided, the indicator of the success of the film was a sensational box office. With a budget of $ 800 thousand, it earned about $ 14 million for the first hire, and to date, total box office receipts are at least $ 50 million. The income of Alfred Hitchcock himself from this picture was also unprecedented – about $ 5 million.

At the same time, the author of the novel Robert Bloch sold the rights to screen the book for only $ 9 thousand. After deducting taxes, as well as the interest of the publisher and the agent, the writer received about $ 5 thousand. Later, the author learned that his contract did not include a percentage of profits in case of the sale of the rights to Hollywood.

It is impossible to overestimate the contribution that Alfred Hitchcock’s film “Psycho” has made to film art. As Village Voice columnist Andrew Sarris wrote, any discerning movie viewer must watch Psycho at least three times: the first time – to feel all the emotions that Hitchcock tried to convey; the second time – to enjoy the dark comedy; the third – to look at all the hidden symbols.

In Psycho, Hitchcock not only demonstrated innovative techniques to help manipulate the viewer at the time, and showed things that directors tried to avoid, but was one of the first to talk about psychology, thus completely changing the viewer’s view of thrillers and horror movies. Now almost any psychological thriller is called Hitchcock.

The director has taken the genre to a whole new level: he demonstrated on the screen not only complex plots and subtle black humor but also a quality product, which is possible thanks to complex technical solutions, picturesque locations, and participation of stars.

The old Bates Mansion is today a popular Hollywood attraction. In stores after the release of the painting appeared stationery, T-shirts, shower curtains with the silhouette of the killer, and other souvenirs with references to the film. The film has received several sequels, remakes, and spin-offs, and some contemporary directors are still inspired by the director’s work and make Hitchcock’s images. An episode in the shower, for example, was recreated in a series of animated series “The Simpsons”. This scene is often called one of the most terrible in the history of cinema, and “Psycho” itself regularly gets into the ratings of the best films according to various publications.